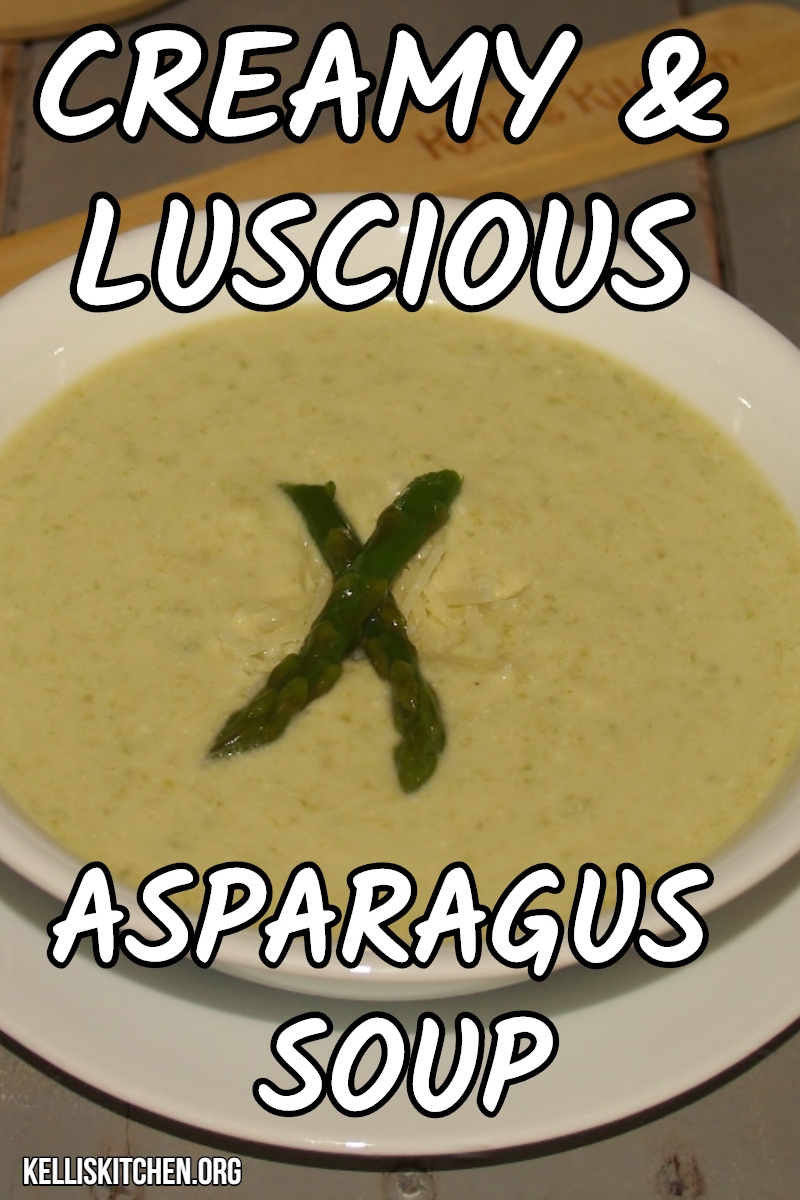 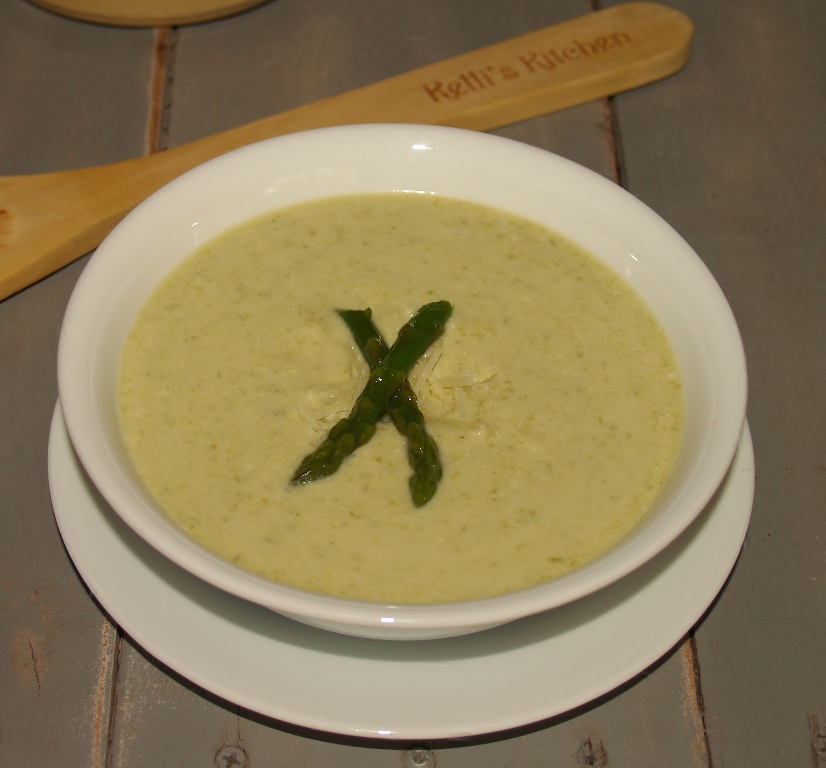 I am lucky enough to have a freezer and because I do, when I have too much to do on days when I need to prepare some of the fruits and vegetables I have picked or purchased I get to throw them in until a more convenient time.  Early this spring I did just that with some asparagus that was tender and crisp.  Knowing that the freezer would change the texture of the veggie, there would be a limited number of things I could do with it.  We are cleaning out the freezer in order to buy a half side of beef and a side of pork later this month from a Locker Plant and Processing facility.  I was raised on grass-fed beef and pork.  I can also prepare pullets (young chickens) with the best of the best – at least I used to be able to.  I am excited to be able to cook with meat that has been raised and prepared the way I am used to and to introduce that food to my grandson who has difficulties with meats from grocery stores.  ANYWAY, I need to fix the asparagus so I decided to make up a cream of asparagus soup since it was cold and rainy outside.  After it was made, I tasted it and rushed to write down the recipe before I forgot what I put in!

1 fourteen oz. can of chicken broth

1 Cup heavy cream (you can use milk or evaporated milk)

Put asparagus, onion, and broth in a good sized saucepan.  Bring to a boil then turn down heat and simmer for about 15 minutes.

Allow to cool some.  If you want some pretty asparagus tops for garnish, cut and set aside then process the rest in blender.  I used my new Ninja food processor that the kids bought me for my birthday and boy did it work well!

In the saucepan, melt butter and stir in flour for a few minutes until there are no lumps and the “whiteness” of the flour is gone – but don’t let it get too dark.

Pour the asparagus puree back into the pot and add the cream while whisking constantly.

Add the salt and pepper to the pot.

Put the sour cream in a small bowl and put in a ladleful of the soup, whisk around until it is combined and add the lemon juice.  Stir more.

Pour that into the soup pot and allow to cook (but not boil) for about 5 minutes then serve.

Ladle it into soup bowls and garnish with a bit of freshly grated parmesan cheese and some asparagus tops. 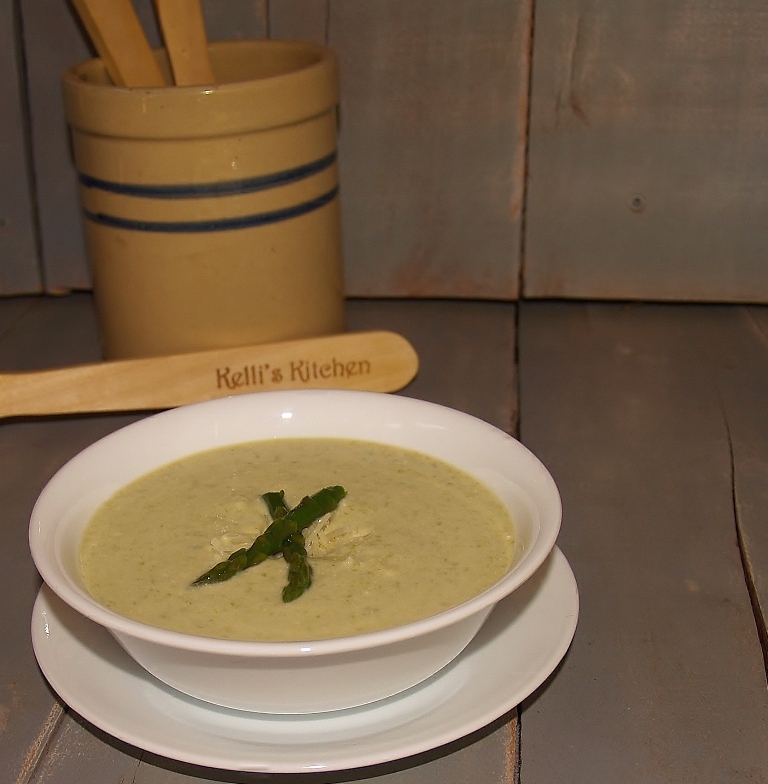