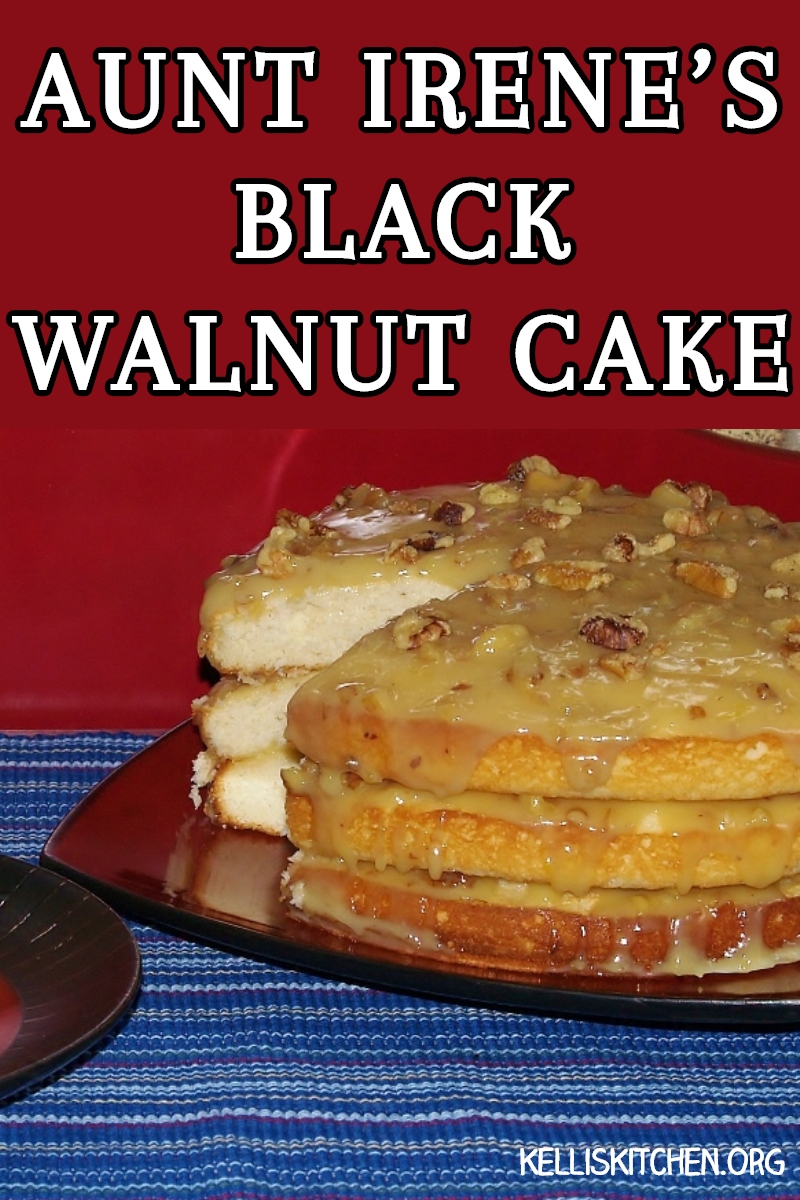 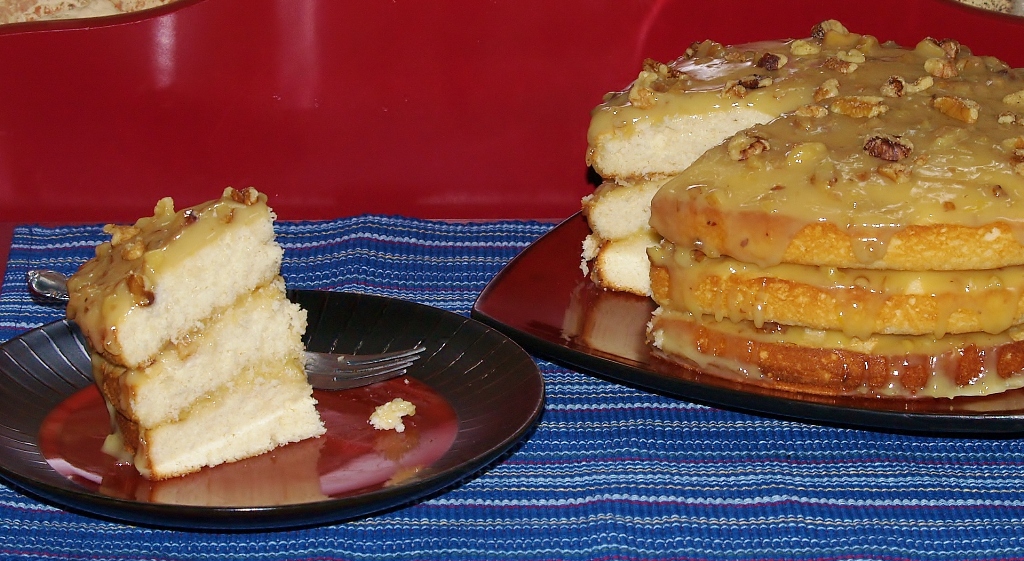 Happy Halloween! My husband and youngest son will be nearly freezing out there tonight at the youngest’s house putting on a Batman Extravaganza! Just a couple of pictures of all the work they have done over the last 2 months – the artwork is Wonder Boy’s and the muscle and know-how is Mr. Picky Eater’s. The pictures do not show the sign for next year’s theme:The Great Pumpkin. One picture shows  Mr. Picky Eater the first time he tried on his Joker costume with Rocket……….not too sure what’s up with Papa and what he thinks of his first Jack-O-Lantern! 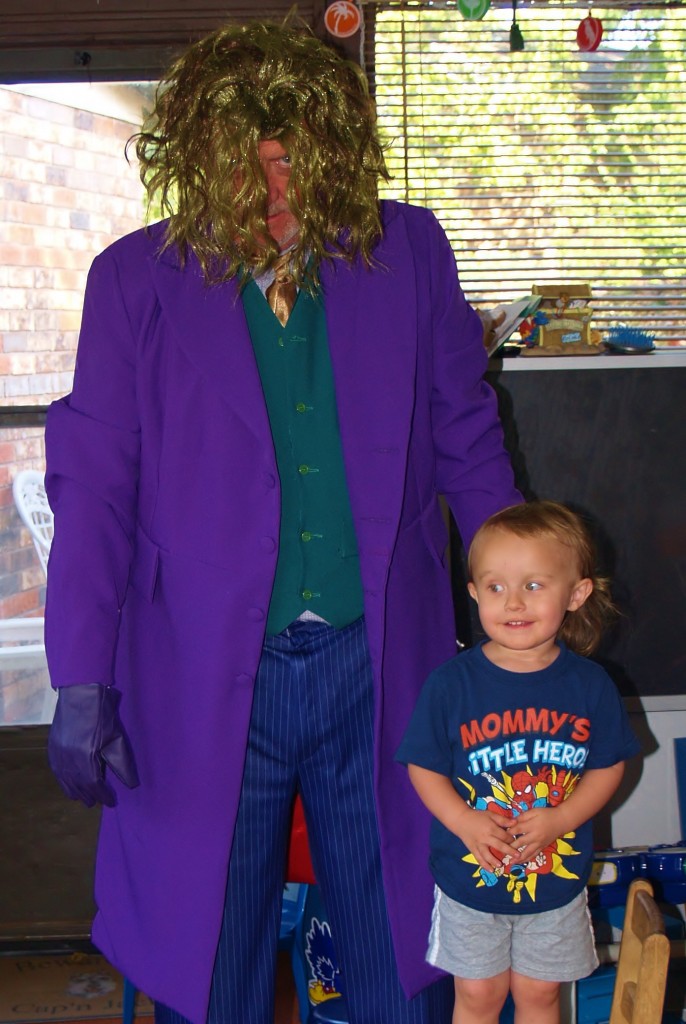 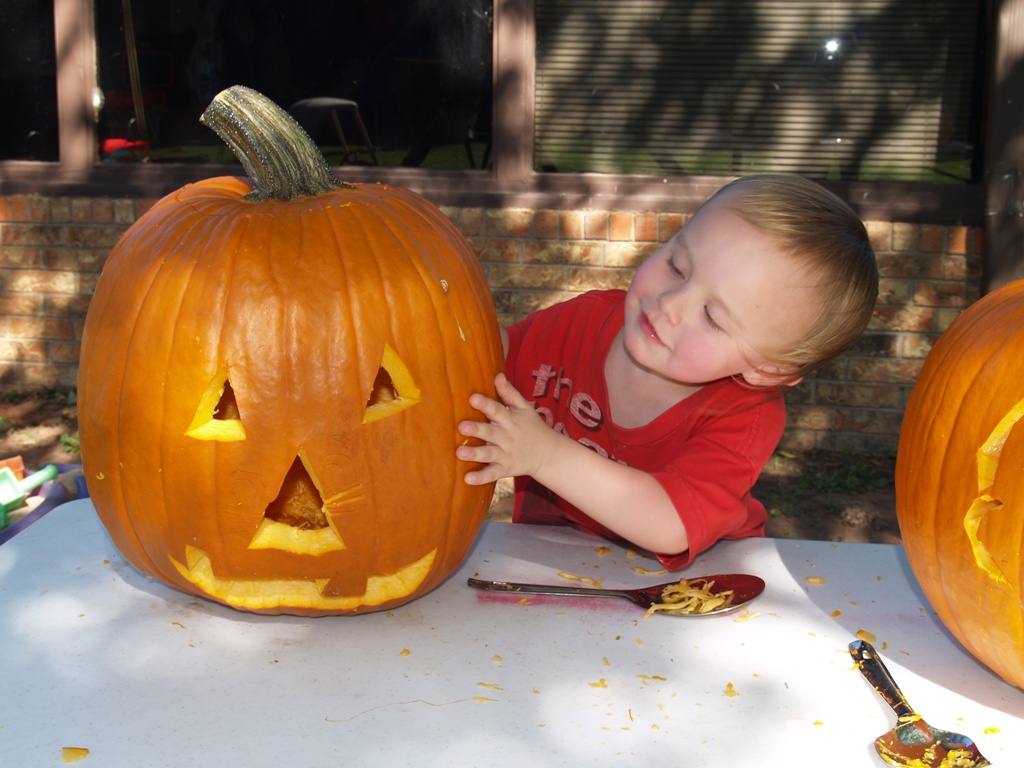 There are many Black Walnut Cake recipes and this is my Aunt Irene’s, who most of you are familiar with. She and Uncle Ray never had any children and thought of my mom as their daughter with me as their granddaughter. They introduced my parents when I was about 3 after they both were widowed – mom for 3 years and dad for 4. They raised prize winning roses in their flower garden and had one of the largest vegetable gardens I have ever seen…and I’ve seen some big ones! Aunt Irene made all kinds of cakes and pies leaving all her recipes to my mom and I was lucky enough to receive them last month as a birthday present. This one is pretty easy so here we go!

Directions for cake:
Preheat oven to 375F
Cream Butter and Sugar.
Slowly add in flour, baking powder, and milk mixing well.
Stop mixer and fold in Black walnut flavoring vanilla, salt, and egg whites.
Do not mix heavily – you want to see bits of those egg whites throughout!
Spread evenly into 3 nine-inch pans.
Bake in preheated oven for 20-25 minutes or until toothpick comes out clean.
Allow to cool on wire racks and turn out cakes to cool completely.
Meanwhile, combine all ingredients except black walnuts in a saucepan and cook over medium heat until thick (about 15 minutes) but never allow to boil.
When thick, take off stove and stir in walnuts then pour over each layer as you stack them on top of each other.
Let cool and serve. Delicious!

Find this and MANY recipes over at Weekend Potluck – you’ll love it!