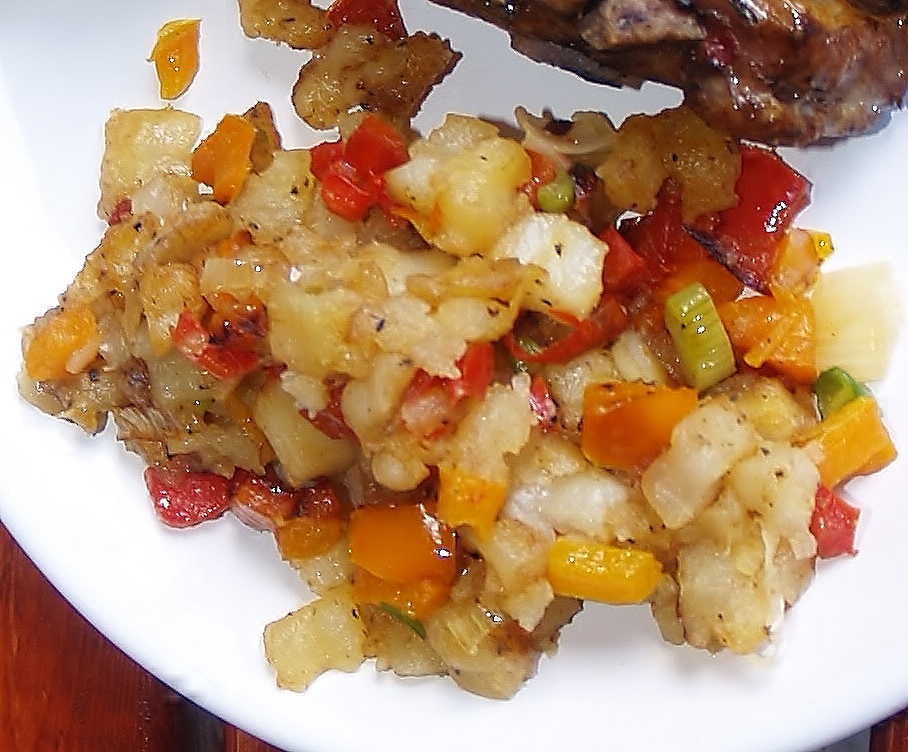 I made a smoker for the blog this weekend. Yep, I learned how to make a smoker to use in the oven when I was in Girl Scouts – we learned some incredible stuff in my troop. Mrs. Rooney was our leader – and that woman was a genius! I just looked her up (their oldest son is famous and has been on 60 Minutes – in a good way He’s NOT Andy Rooney) finding out that she passed away in January. I had to sit a minute and cry a little. Mrs. Rooney taught me things in Girls Scouts I’ll never forget, like the smoker. I’m going to do a little tribute to her when I make that post. But now for the potatoes.

After I made the Ultimate Macaroni Salad, I had left over red, orange and yellow sweet bell pepper as I only used half. I wanted to use them up but not wanting to make the same old things I usually make I decided to let it percolate around for a day. That’s when I remember Potatoes O’Brien! I loved them once and made them years and years ago once. Yep, once but they were good. Mr. Picky Eater walked through the kitchen and made that face that says, “Yuk, I’m NOT going to like that”. Whatever, I was going to like them.

This is what you need: 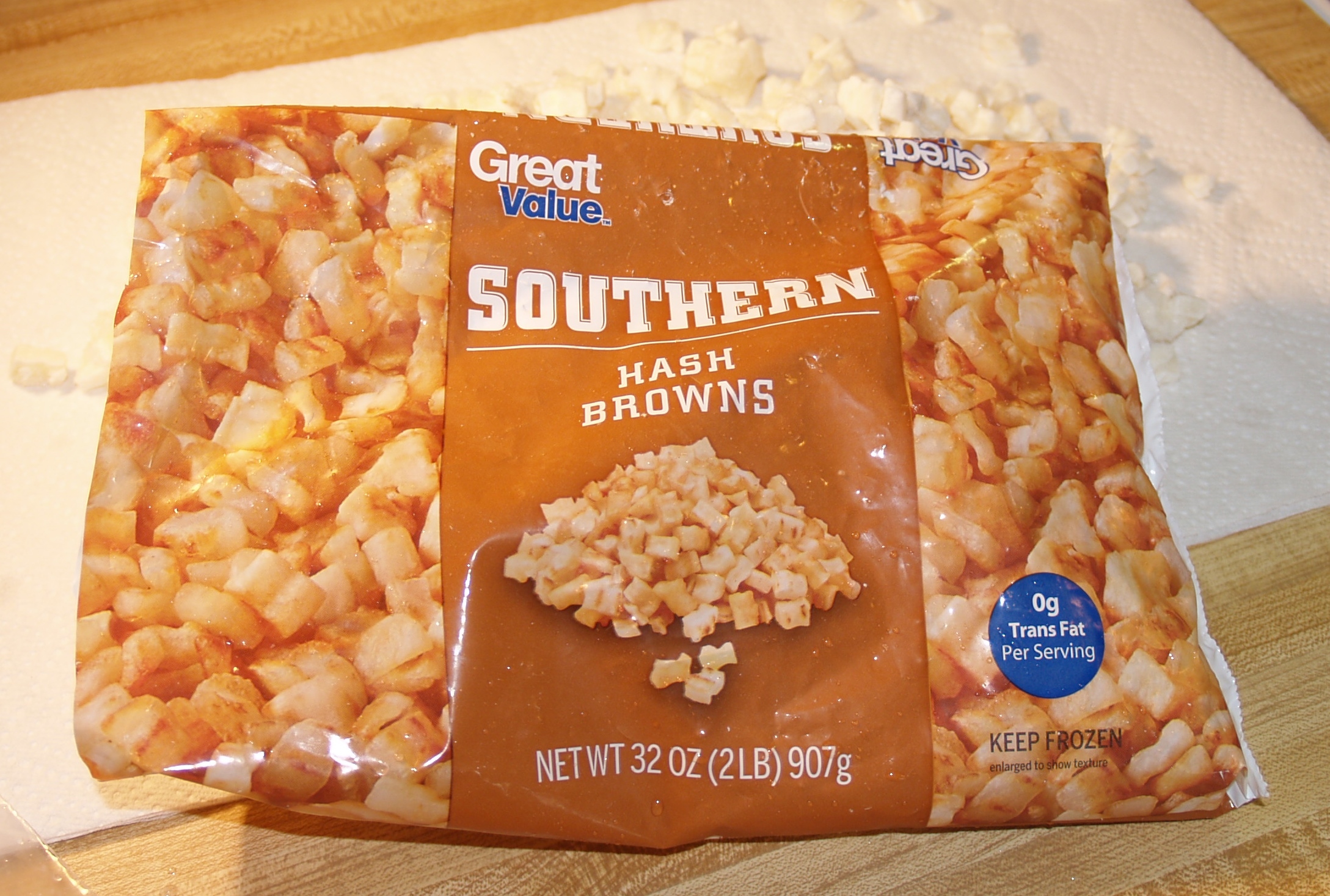 ½ each red, orange and yellow bell pepper chopped even size.

Put 2 Tablespoons oil in pan on medium heat and add chopped peppers cooking for about 4 minutes until soft. 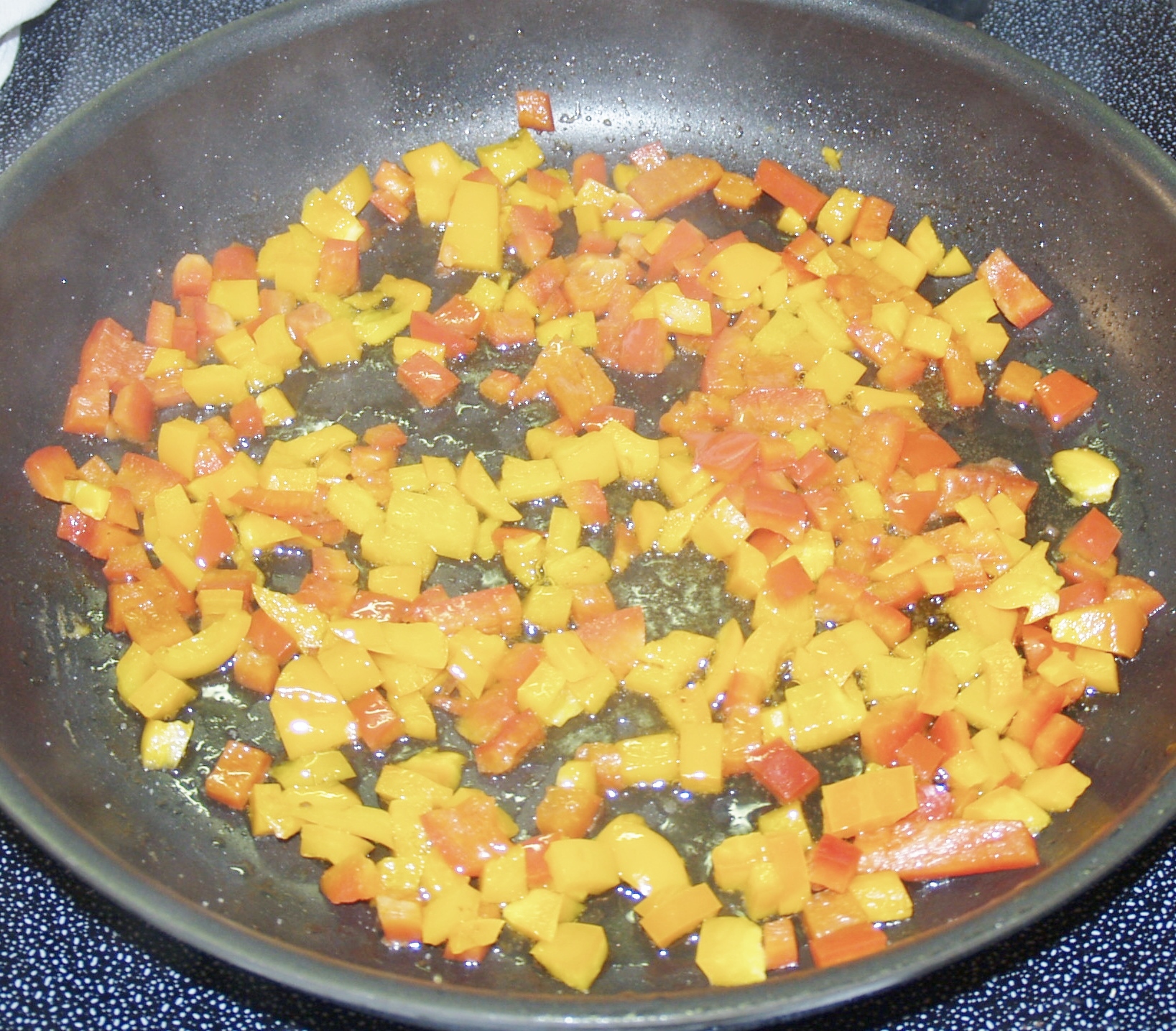 Add green onions and cook for about 1 minute more then remove from pan setting aside.
Put 2 more Tablespoons oil in pan and add hash browns cooking until they are nice and brown then add back the peppers and onions. 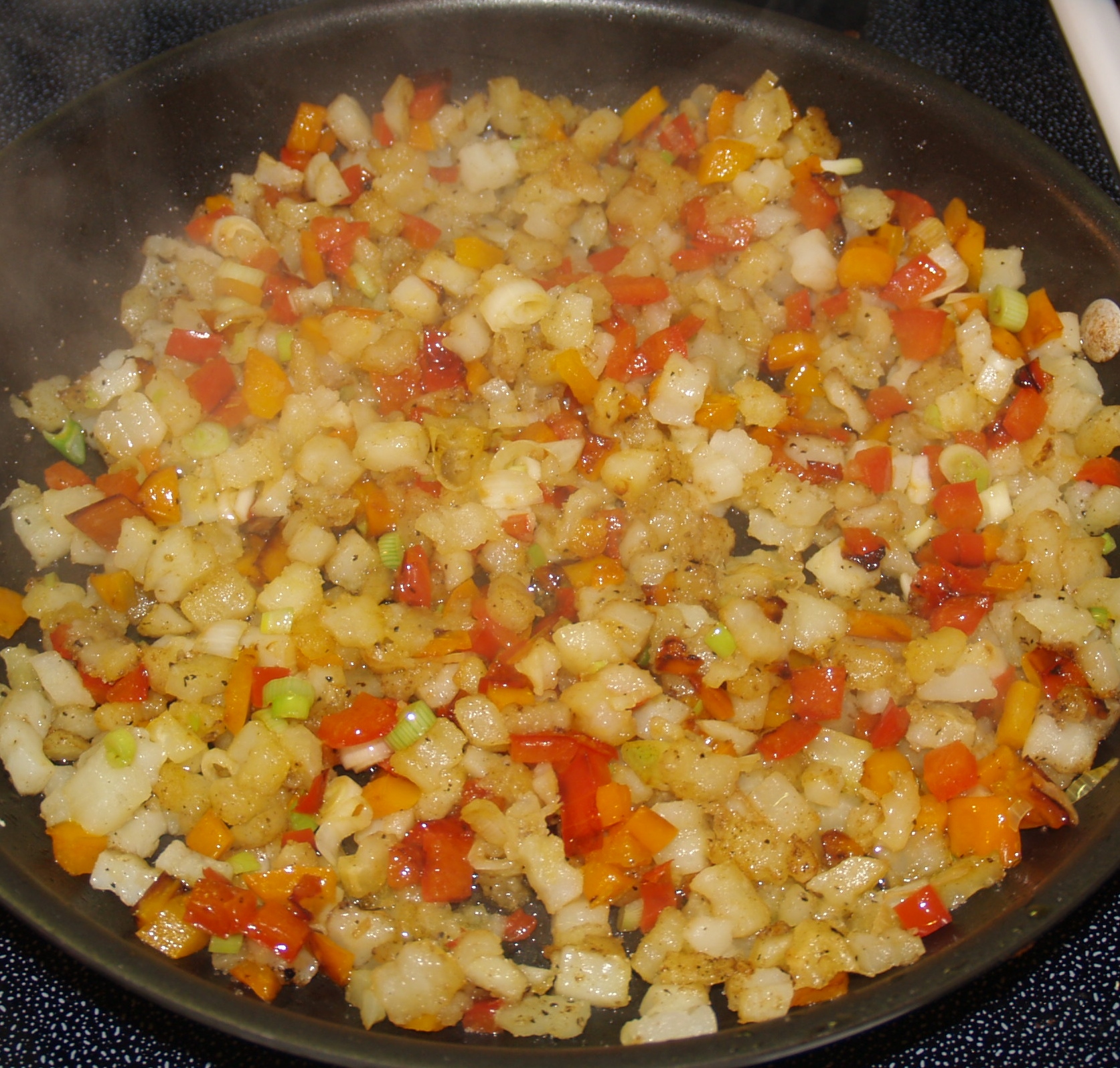 Salt and Pepper to taste – YUM!!