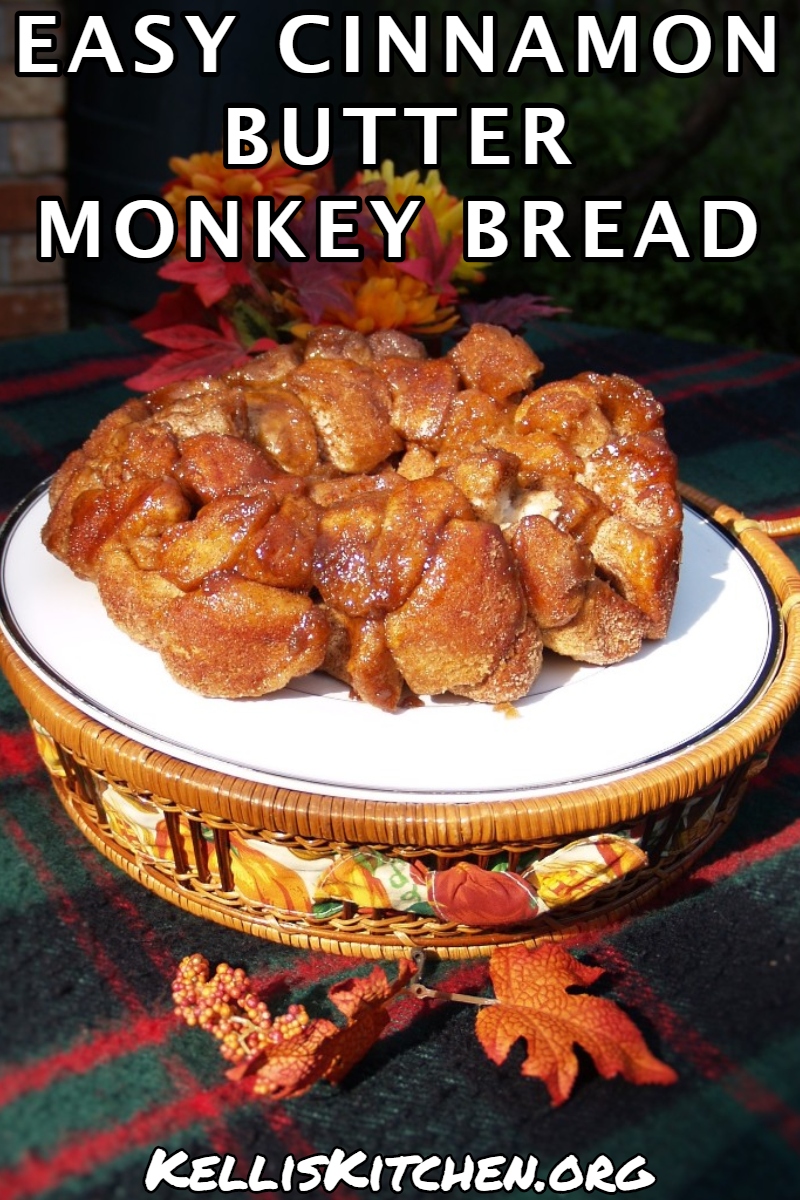 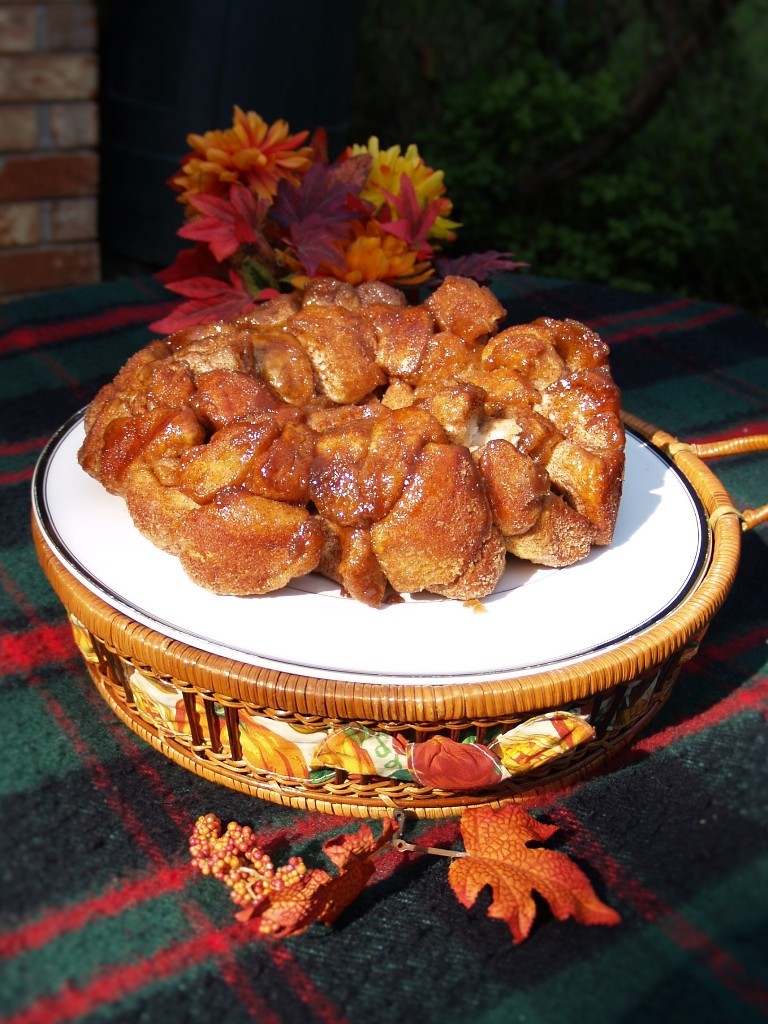 It’s the weekend!  Last weekend I made this Easy Cinnamon Butter Monkey Bread – a request from Mr. Picky Eater, and it was fantastic.  We munched and munched all morning long until it was all gone.  We needed it as we have been busy as bees around the house.  We generally do not pay much attention to Big Trash month in our town – possibly picking up an item here or there – but for some reason, this month has been a huge and incredibly rewarding time as we have found more curbside treasures than you can imagine.  The weather has held so we’ve done many repurpose and upcycle projects at the same time using the Krylon prize pack I won back in July.  Do you remember?  I won eight cases (6 cans each case) of Krylon MAXX paint. I was chosen randomly among thousands of Face Book Commenters on their Face Book page.  They hold the contest each month so you should enter!  a retail value of over $300 by my estimation using the price of the cans at our local Wal-Mart.  A photo of what we received is below and that’s the paint we used on all our projects. 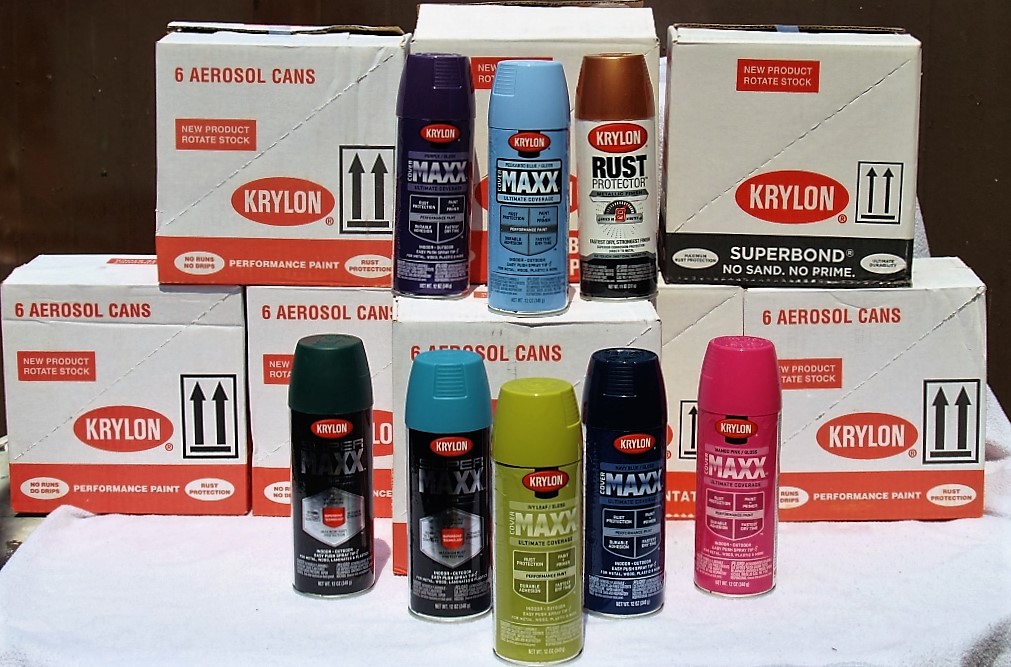 Big Trash month is for the entire month of October and we are only three weeks in – there are two more left so no telling what we will come up but for now I hope you will enjoy all our before and after photos and then the really tasty and easy pull apart monkey bread.

We found the Patio Chairs 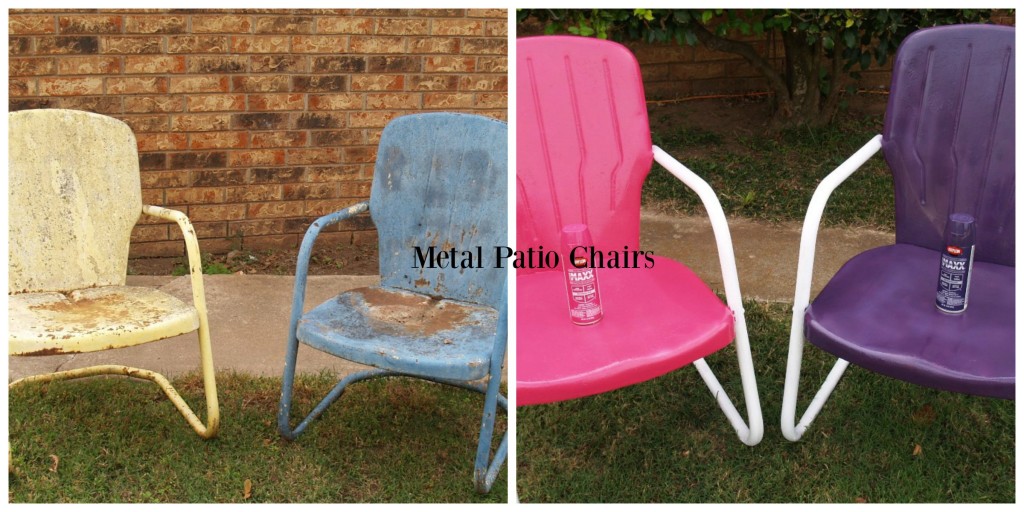 And then we found this desk bottom and broken coffee table 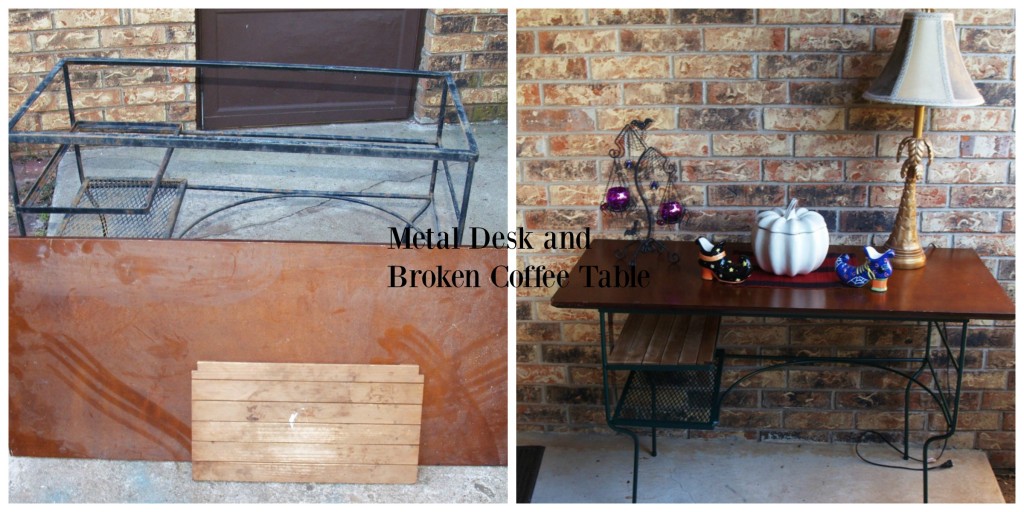 Then we found this chair 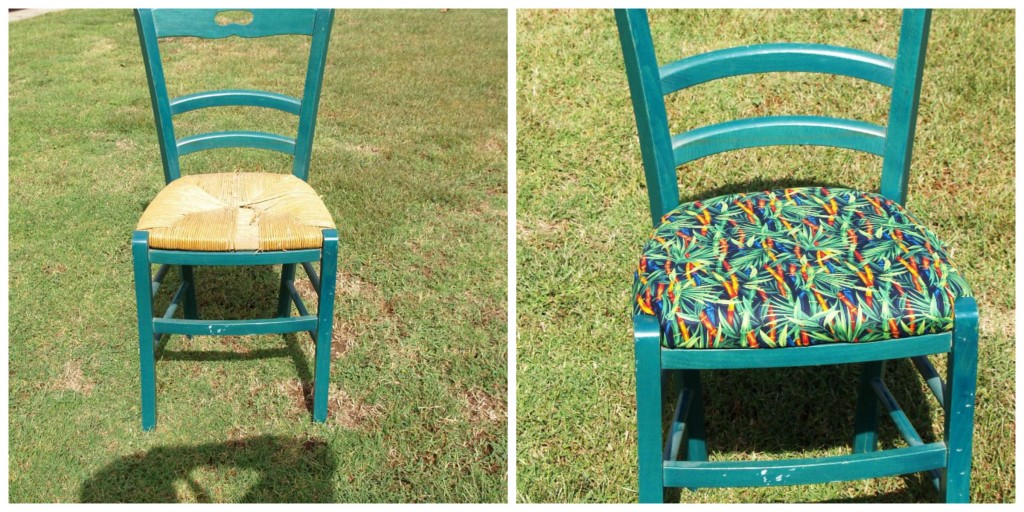 See how the seat was torn up?  We just used foam and material to cover it. 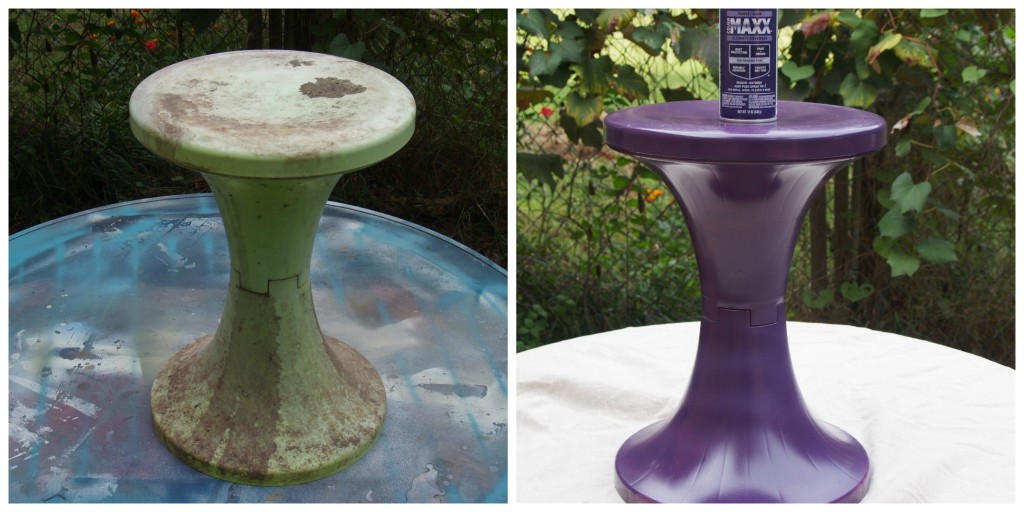 This glass and brass end table 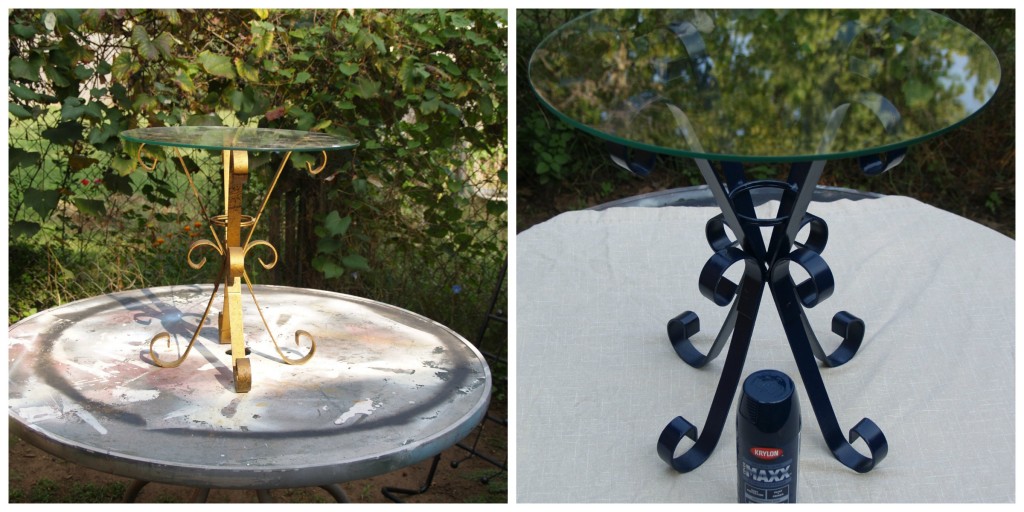 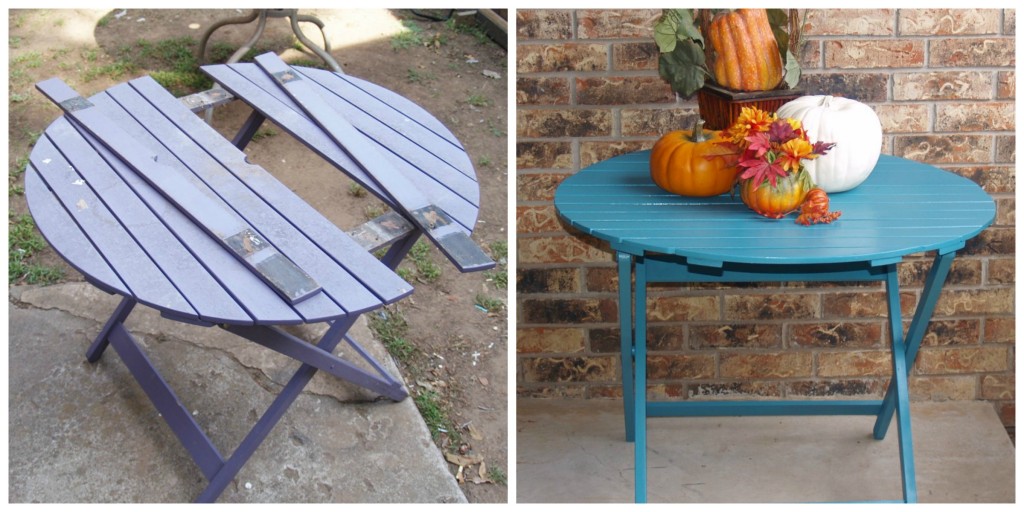 A Kid’s Wheelbarrow for Rocket – he loves picking up pecans with it! 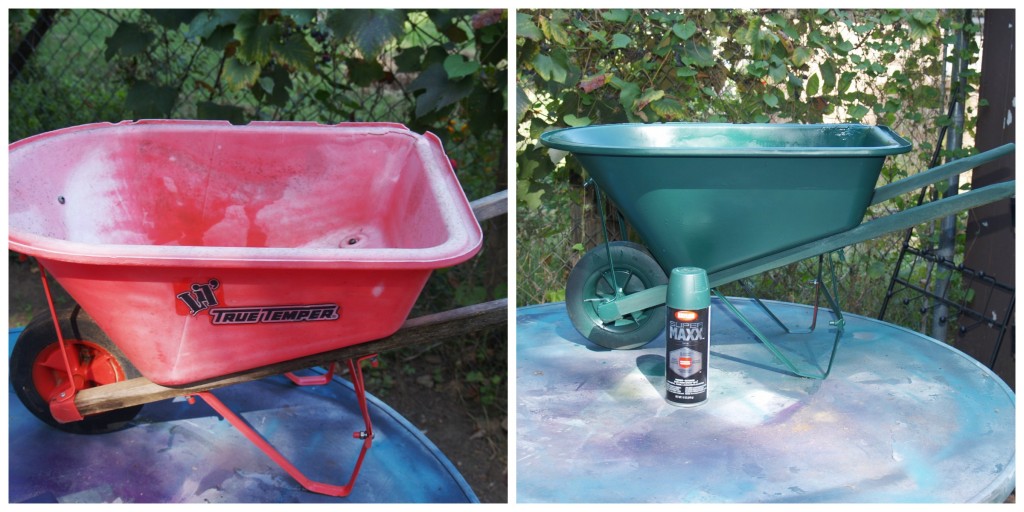 Two pieces we picked up at two different times – into one nice planter that has real live flowers in it now! 🙂 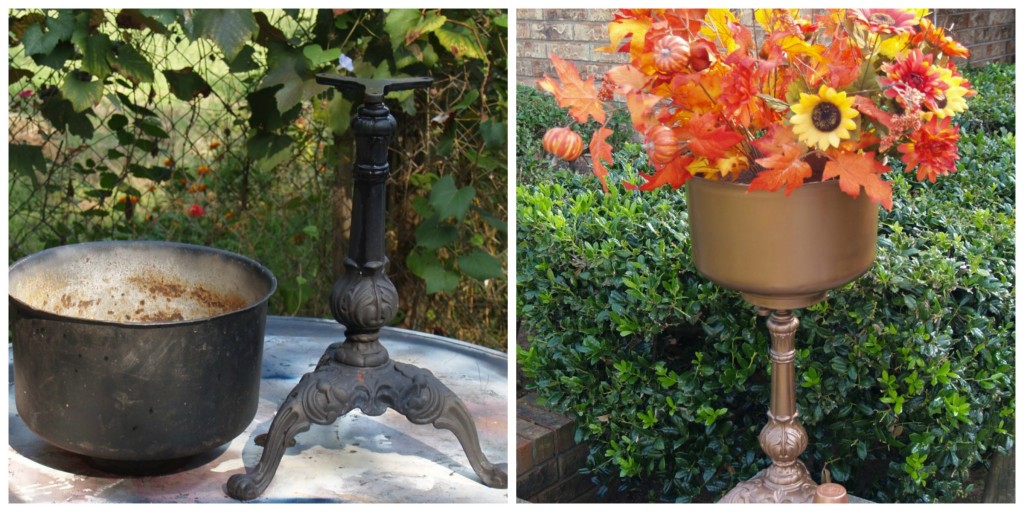 Brand new – still in the package packed in a trash bag -Tupperware!

A Vintage Fan on a Stand and then we made it into a groovy cool shelf. 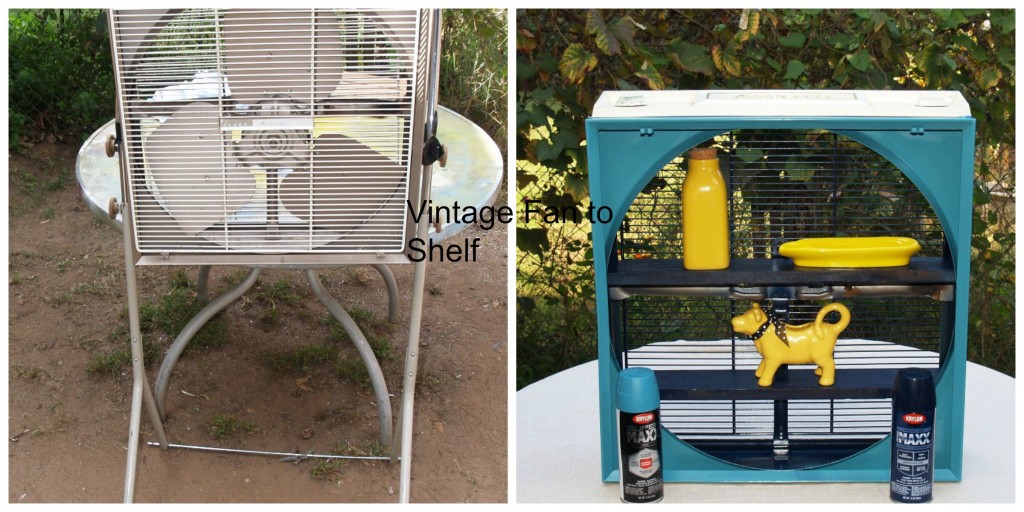 A lovely glider patio set that we washed, sanded down and replaced two broken slats. 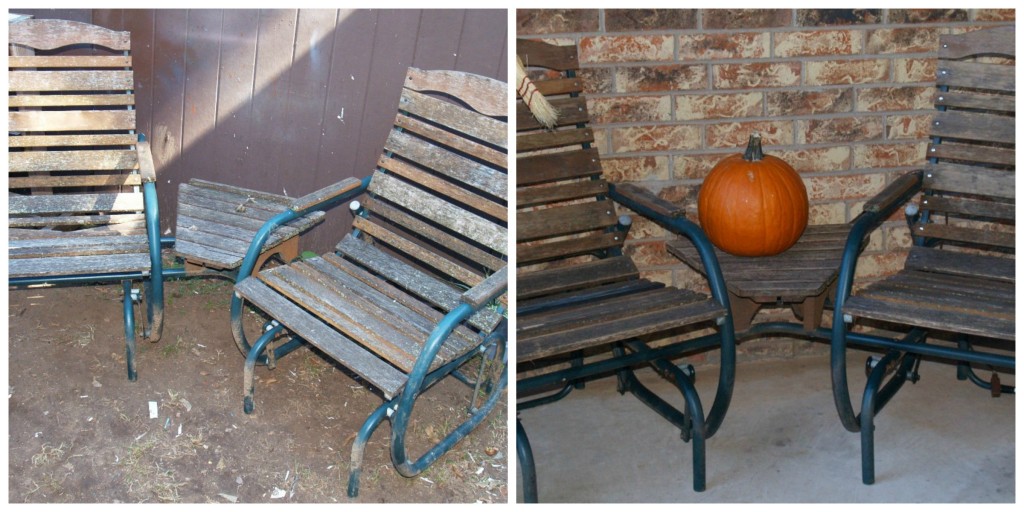 And finally the Piece de Resistance – something I’ve wanted since I saw a similar one on Etsy for $500! 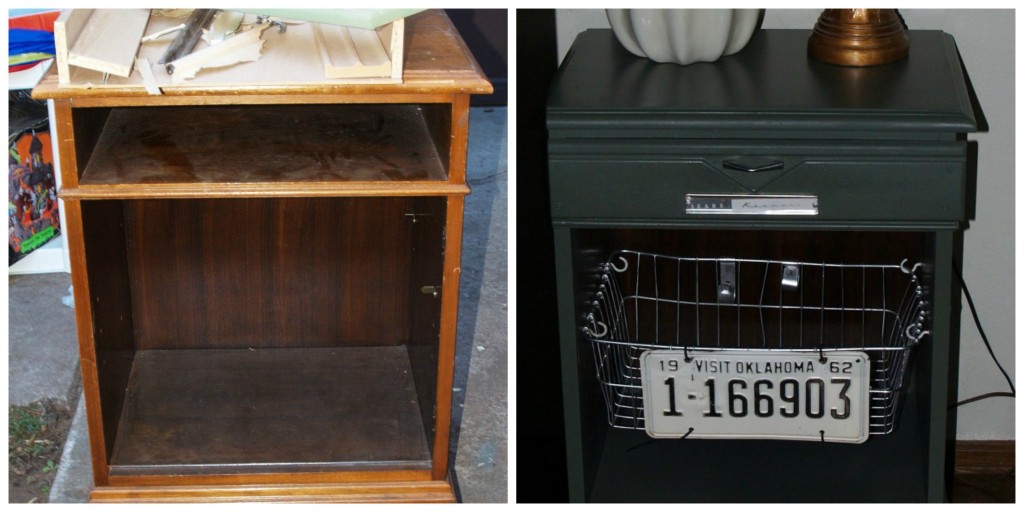 What do you think?  We have more to come and I’ll share those with you next month after they are complete. We had huge success this weekend as well – with two more to go so I may be sharing our projects clear up to Christmas!

2 cans of HOMESTYLE (not the layered kind) big biscuits

Preheat the oven to 325F 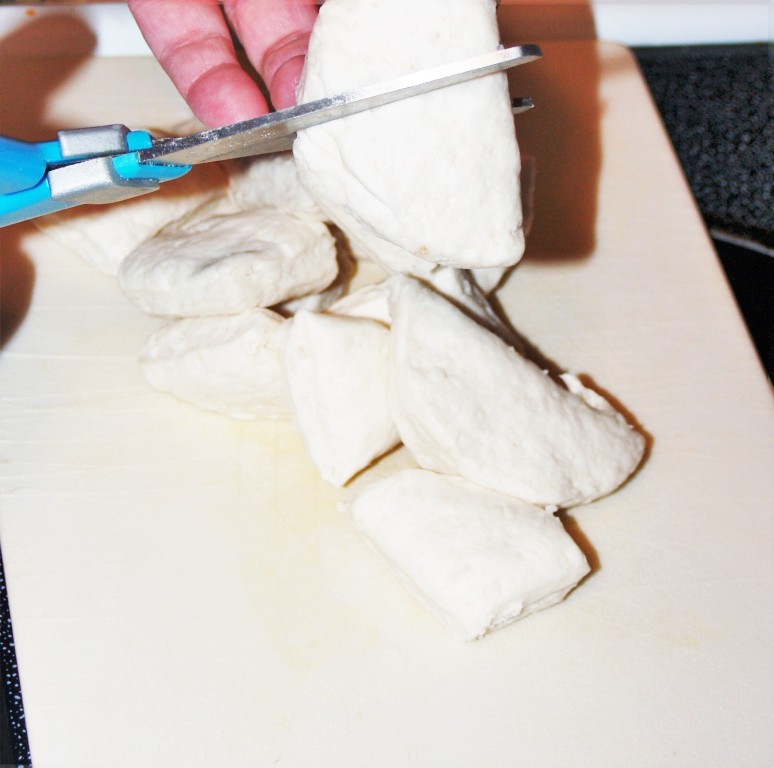 Cutting up the biscuits 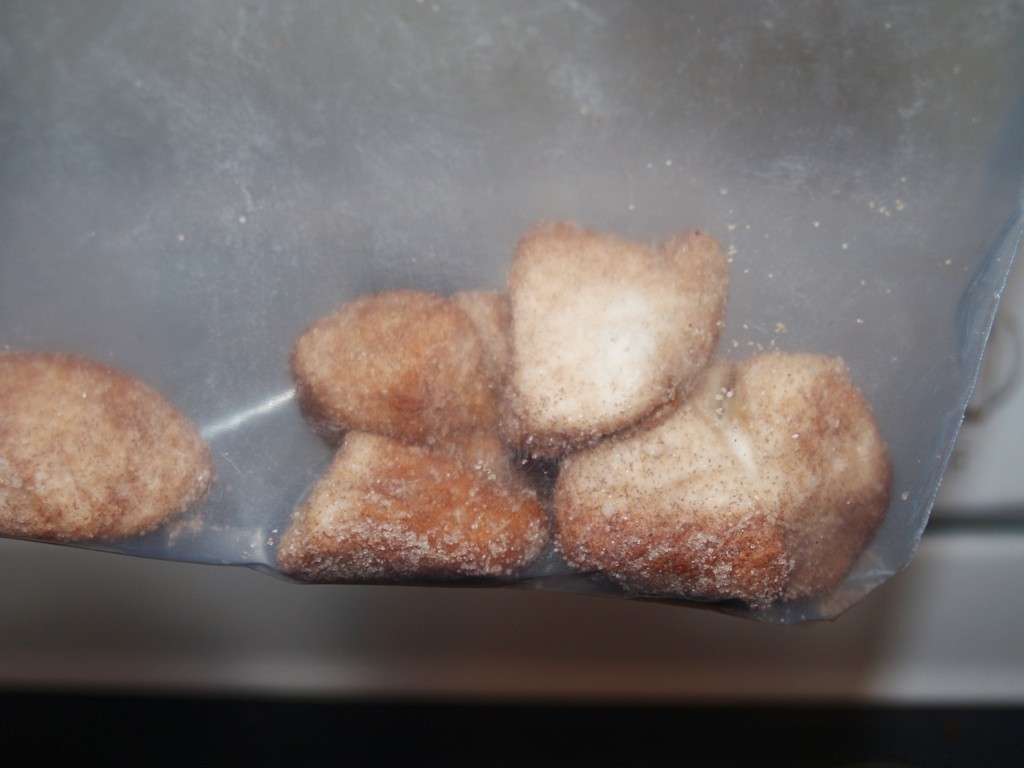 Take out the biscuit pieces and place them around in the pan. 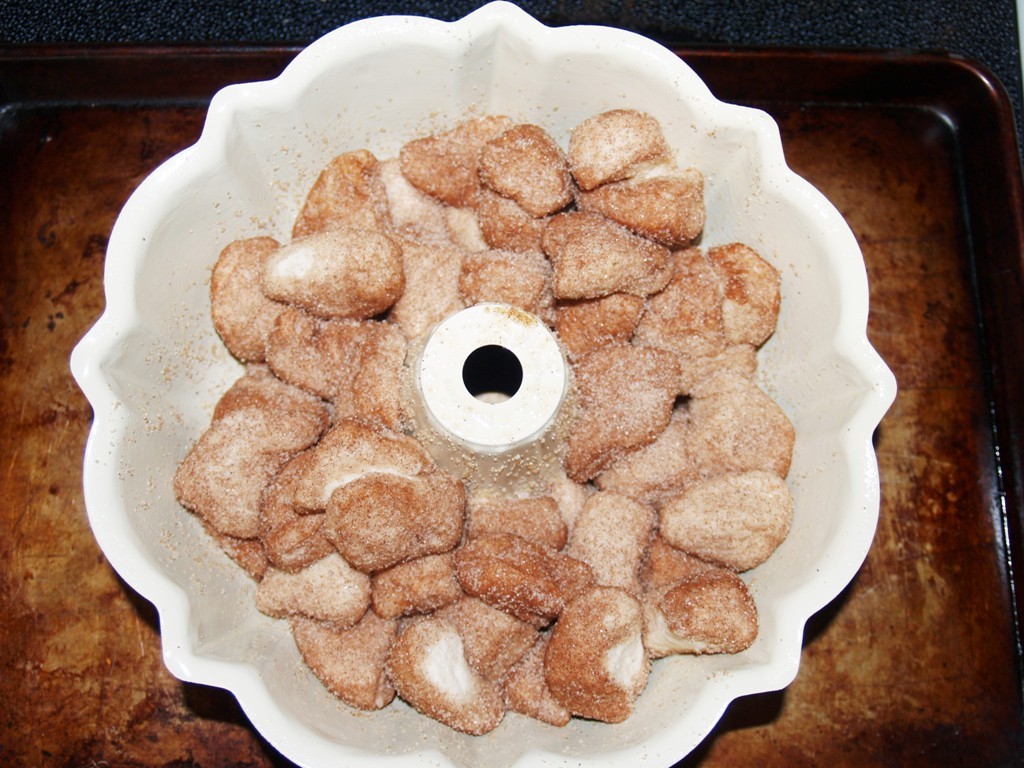 Put the coated biscuits into a fluted pan

Mix the melted butter and brown sugar until dissolved.

Pour over top of the biscuits. Cover with foil. 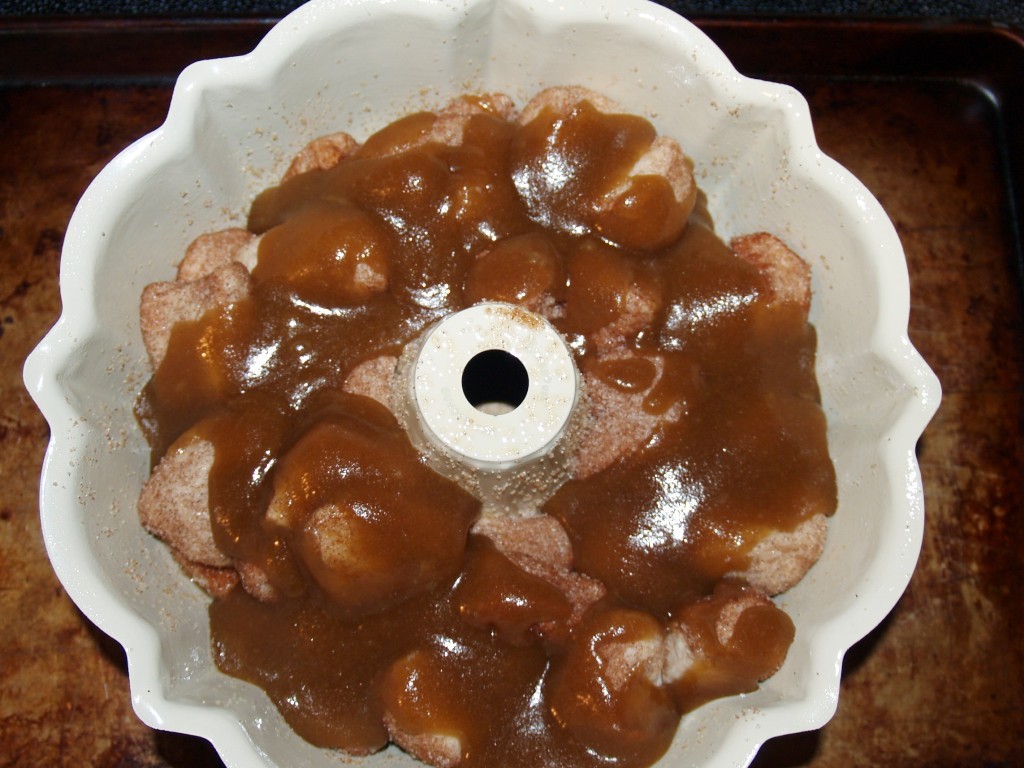 It doesn’t have to be perfect, just get it over most of it.

Bake for 35 – 40 minutes until biscuits are done.  I cooked mine for 25 minutes with foil then took it off so it could brown for the last 10 minutes.

Take out of the oven and allow to cool for 10 minutes then flip pan over onto serving dish and serve! 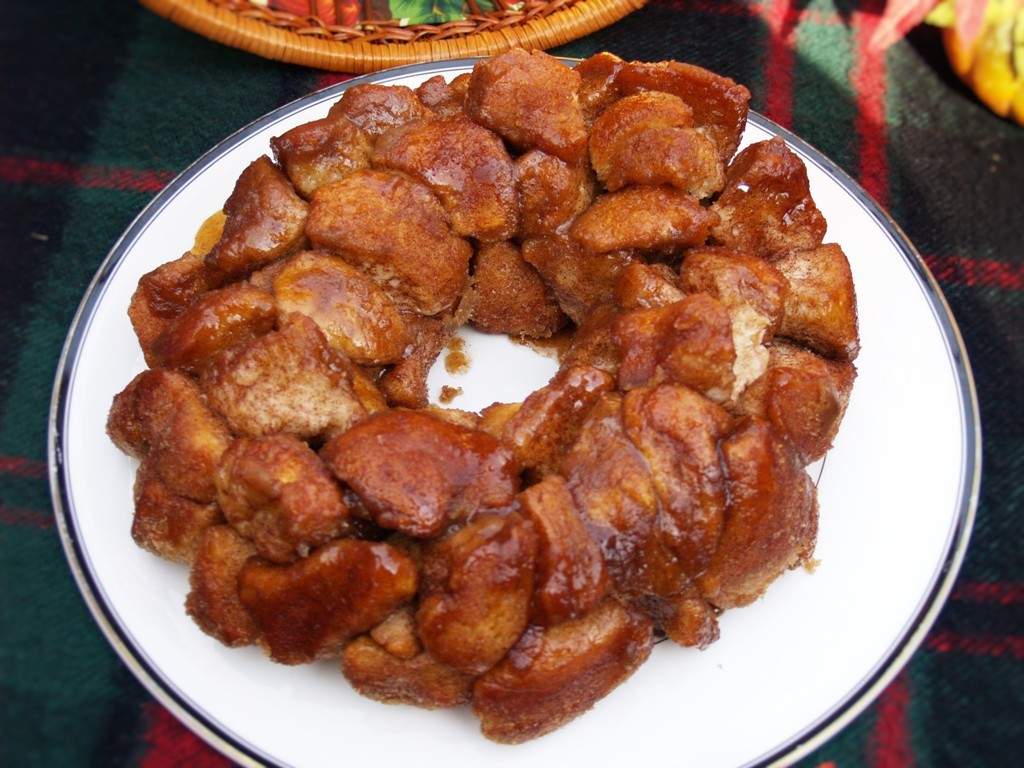 Makes a lovely presentation, doesn’t it?

Wasn’t that easy?  Now, grab some biscuits and get to baking! 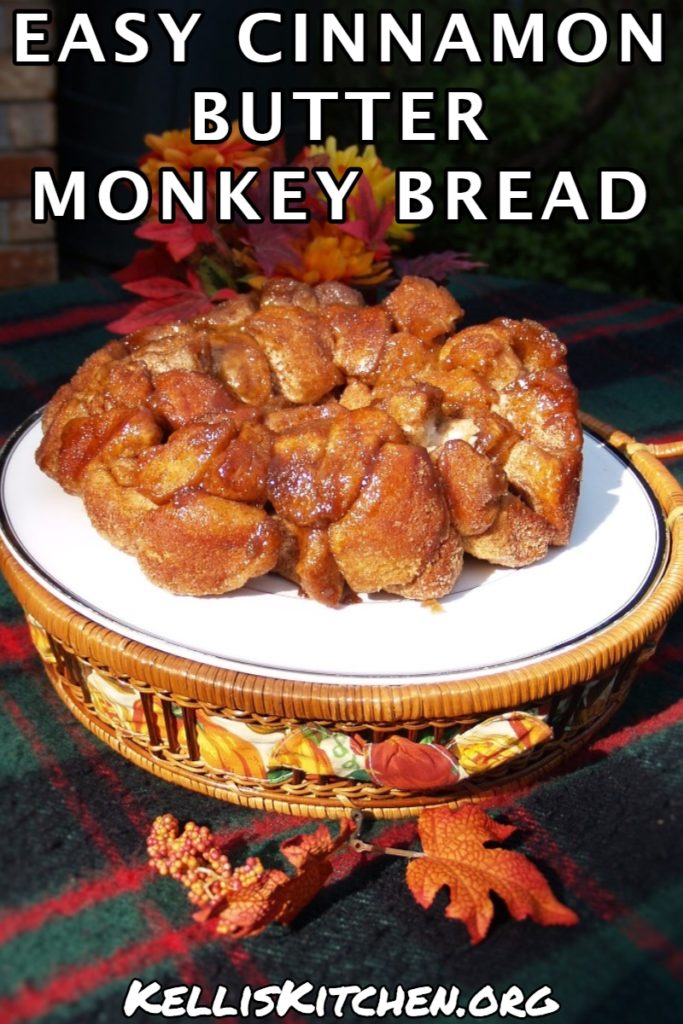