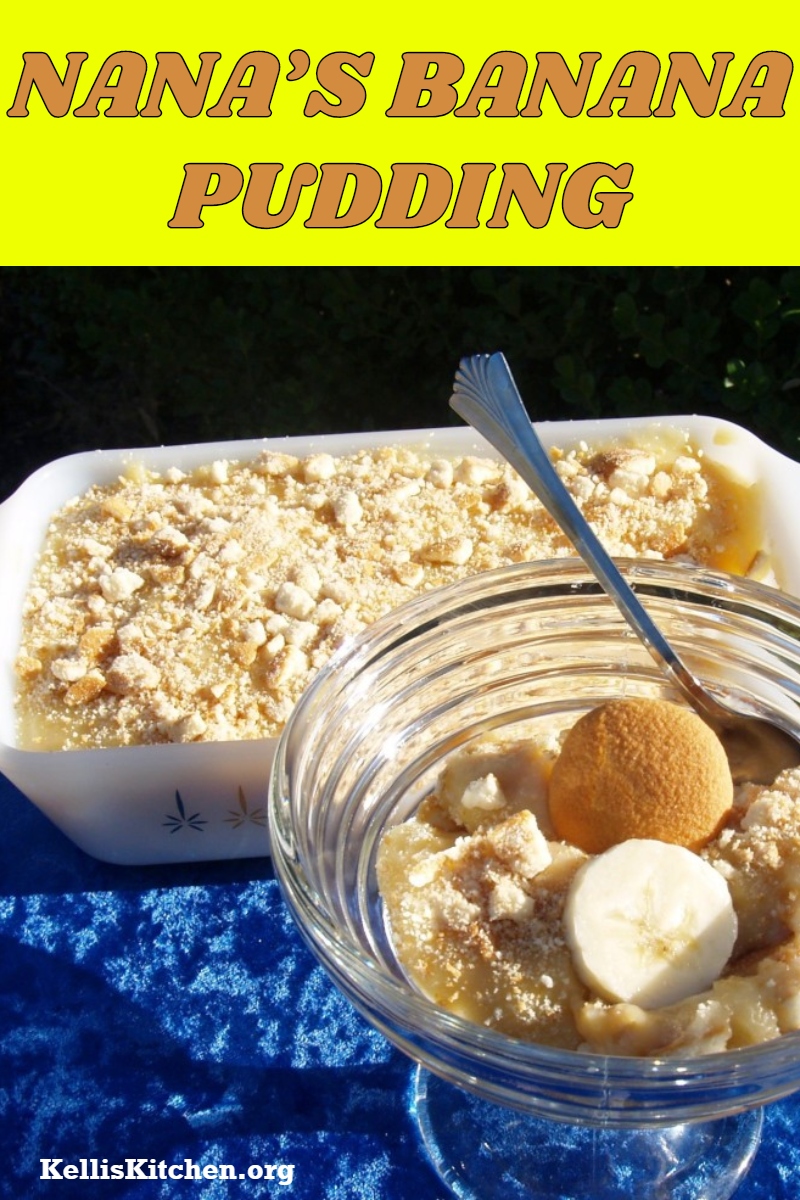 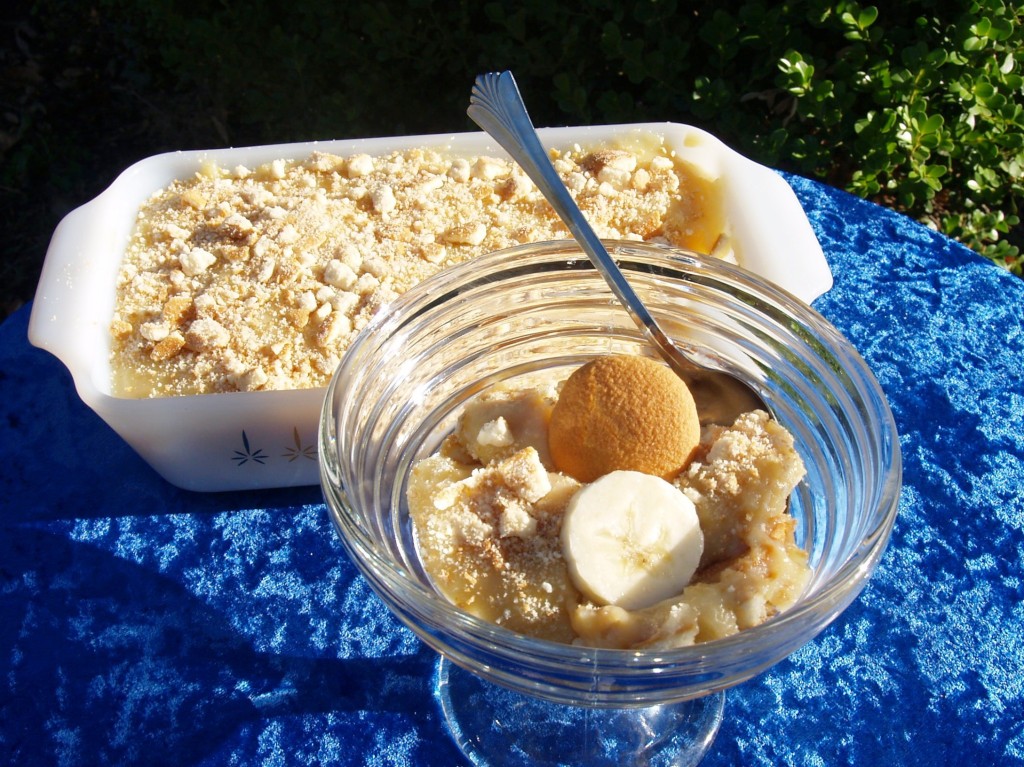 Most of you read my post Dan Taylor’s Determination last week about my Nana. When several of my cousins saw it, they asked for many of her recipes which I promised to scan and send to them this weekend. But many things happened last week and I was unable to do so. I spent the weekend making all Mr. Picky eater’s favorites because he deserves to be spoiled a bit – more about that in another post – so I thought I would kill two birds with one stone and make one of his favorites while ensuring my cousins had Nana’s most-requested dessert for their own family Thanksgiving celebration. This pudding was often the object of stealth recon missions to ascertain position in the kitchen for later distract and grab attempts by the adults in the family! We all love it and Top Girl was smart enough at a very young age to sit down with Nana and copy down all her recipes. That was very difficult to do because Nana didn’t measure much, however she was persistent – as you will see – and made sure that all of us could one day make our family favorites if we were so inclined. I must confess, Top Girl and Rocket were over today and it was Top Girl who made the main ingredient while I took pictures, and then I put the whole thing together.

Here are the ingredients you will need: 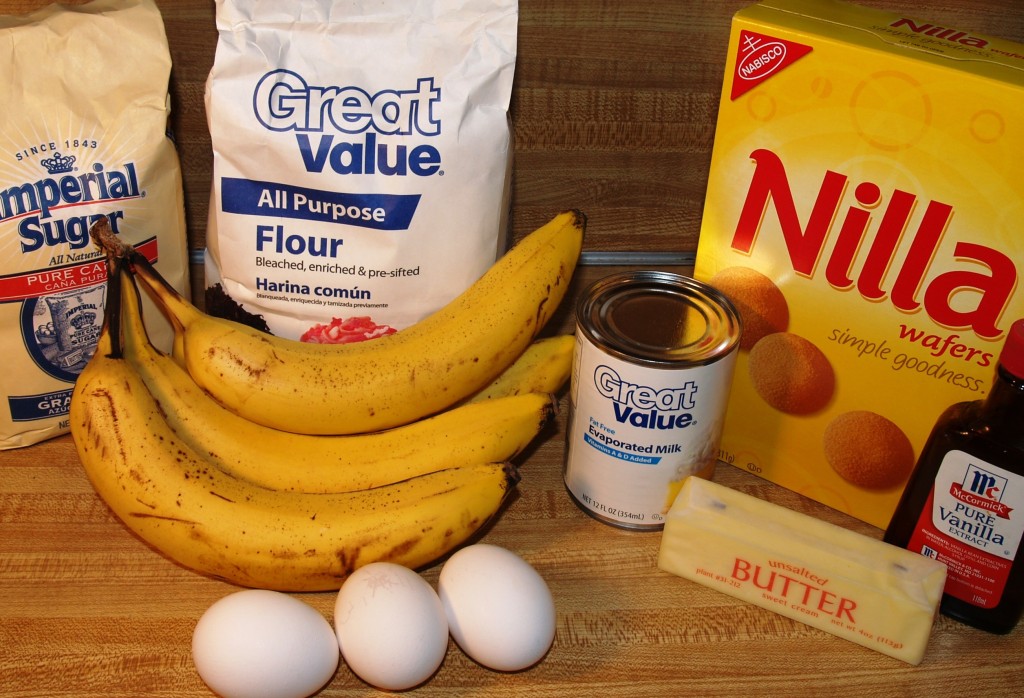 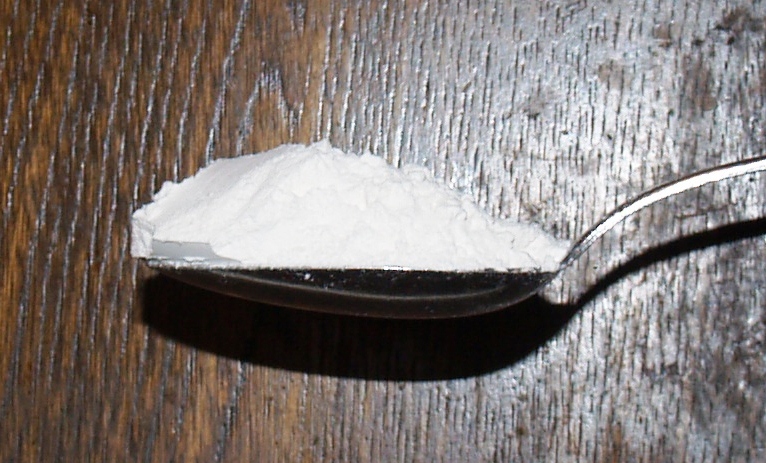 In a bowl mix milk, eggs, and butter. Pour into double boiler. 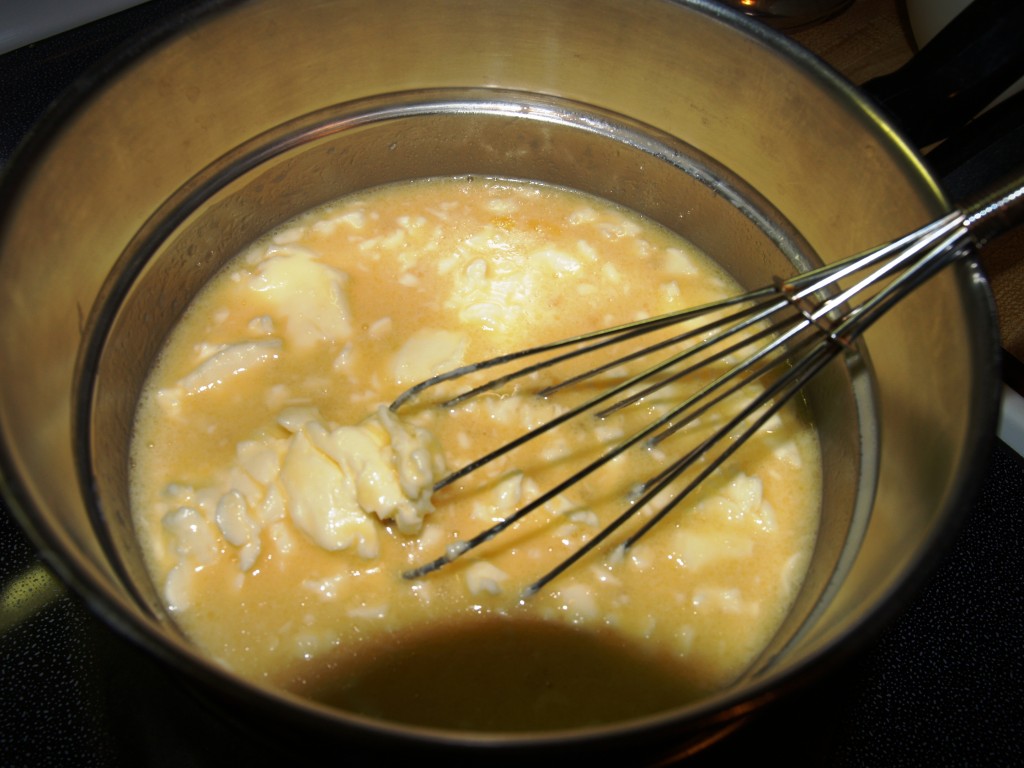 Bring water in double boiler to a simmer, stirring often. 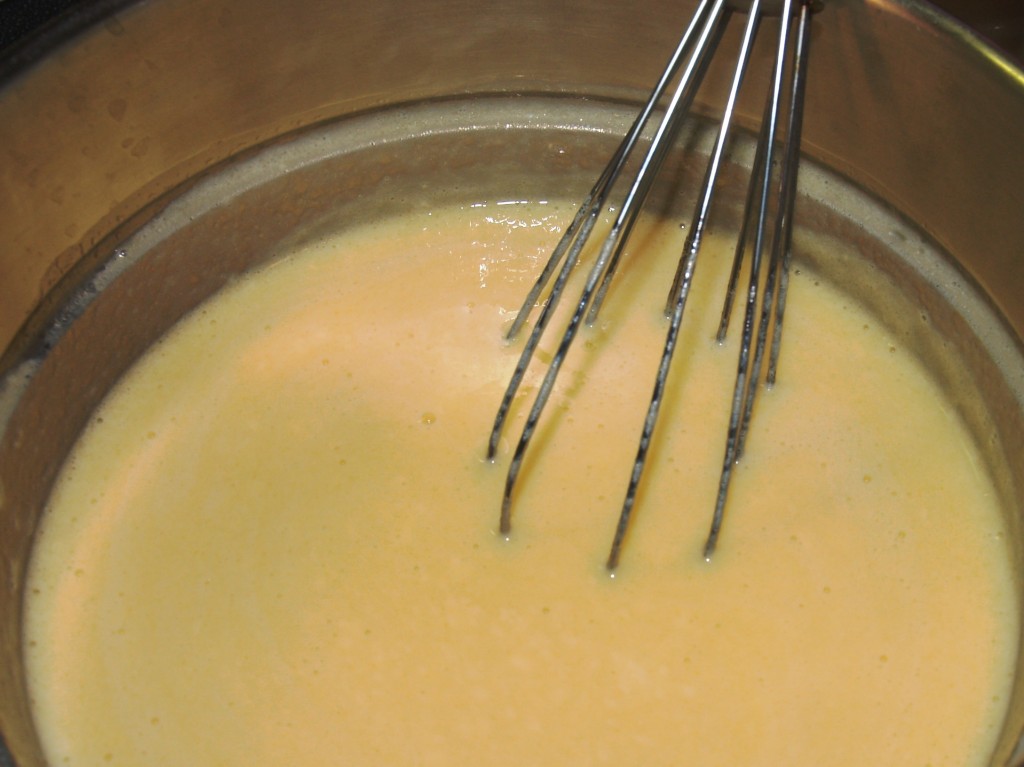 In another bowl mix sugar and flour, mixing well. Pour dry mixture slowly into the wet and mix with a whisk. 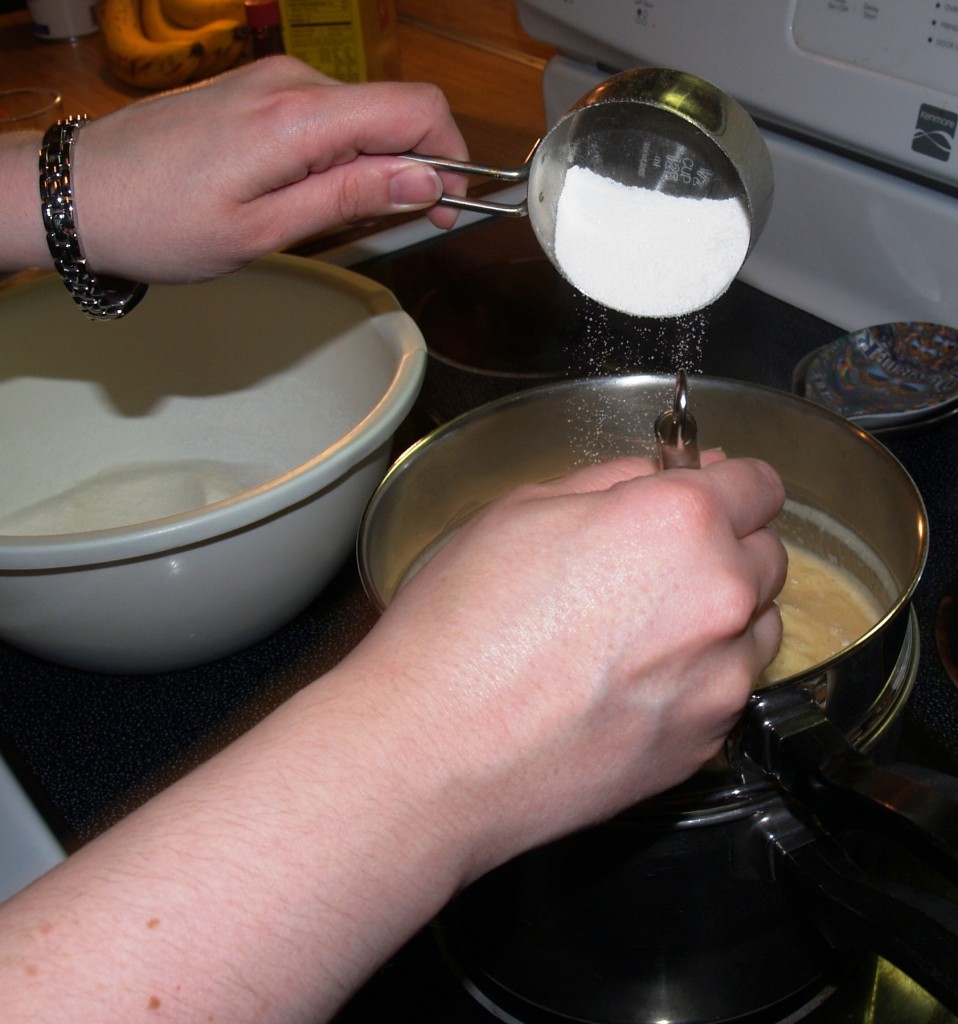 Stir often until it starts to thicken then add vanilla and let it continue to thicken until the back of spoon holds pudding. 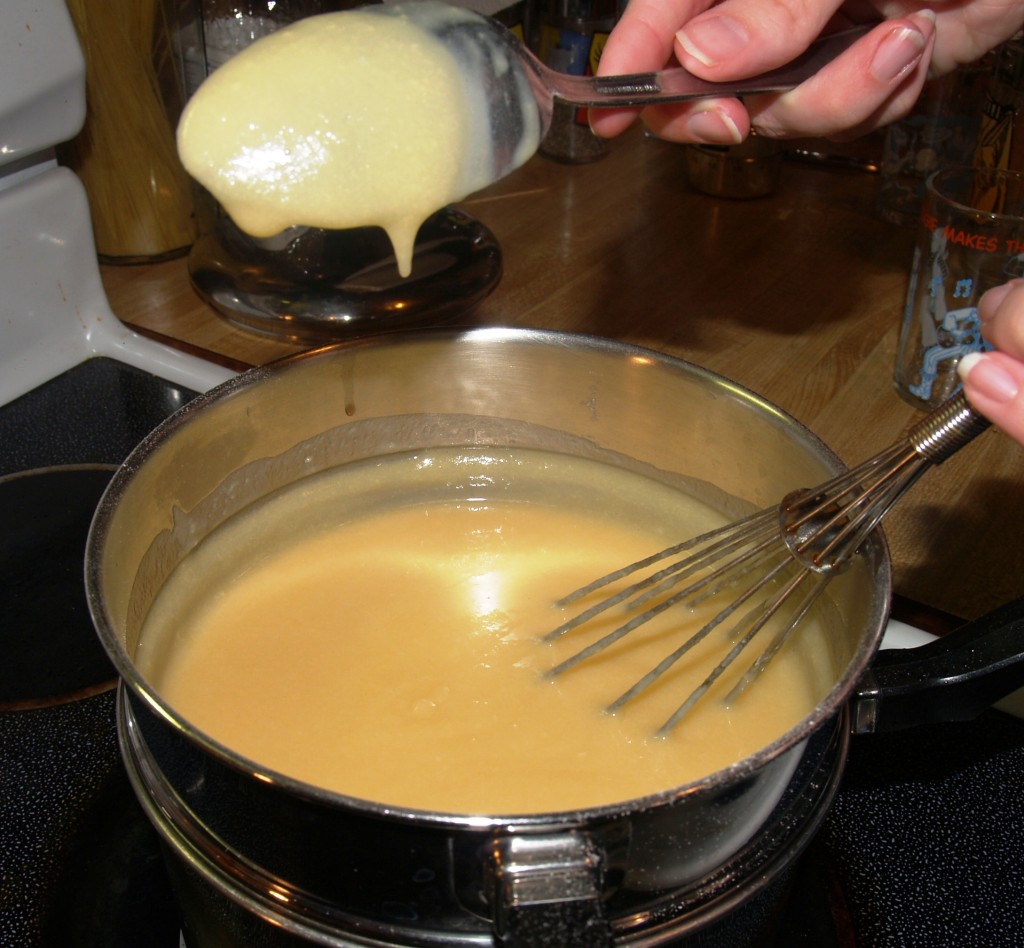 Then cool for about 30 minutes and begin putting together the banana pudding. First cover the bottom of the dish with vanilla wafers. 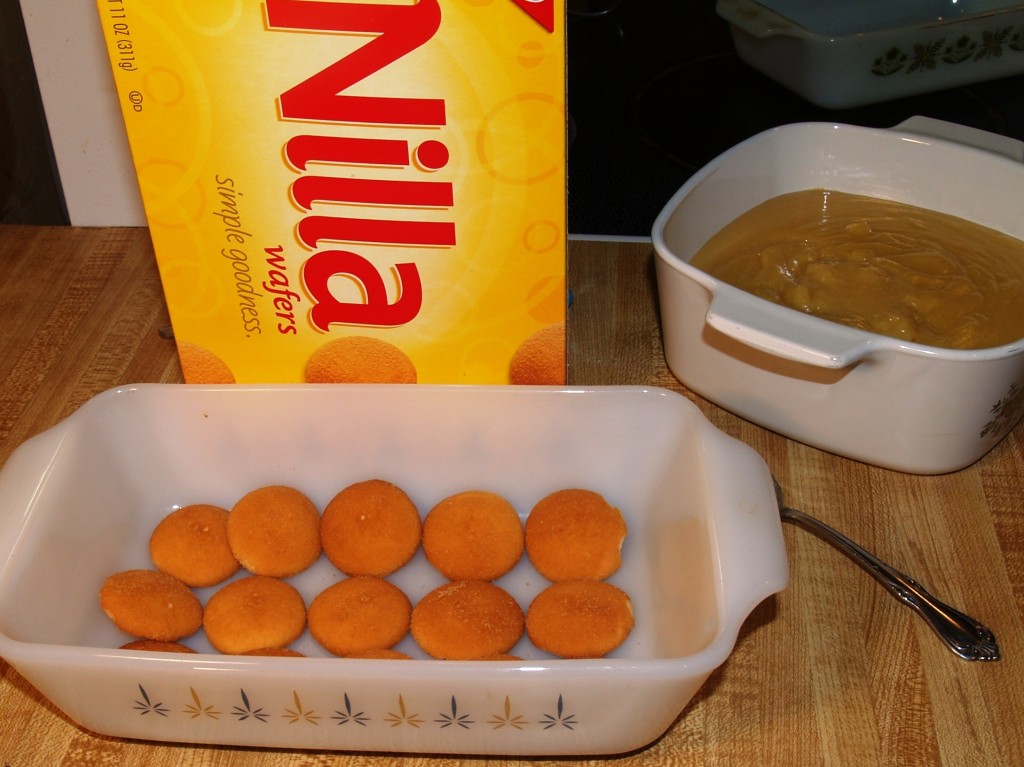 Next, spoon some pudding on and spread it around. 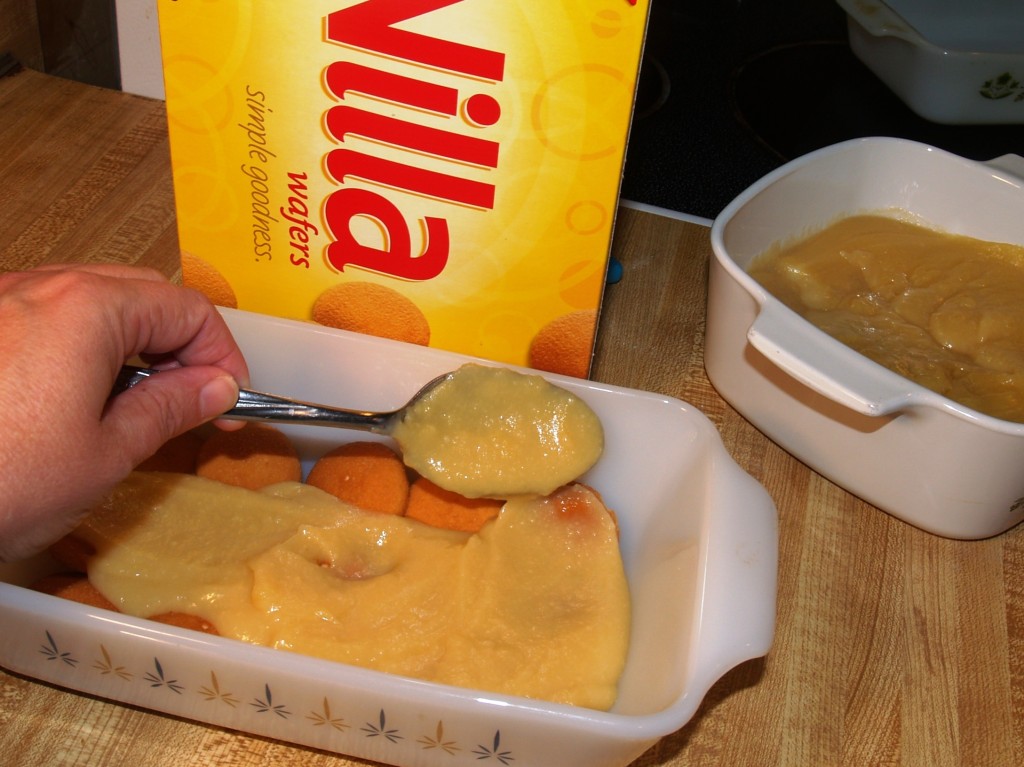 Slice a banana and cover pudding for the third layer followed by another layer of cookies. 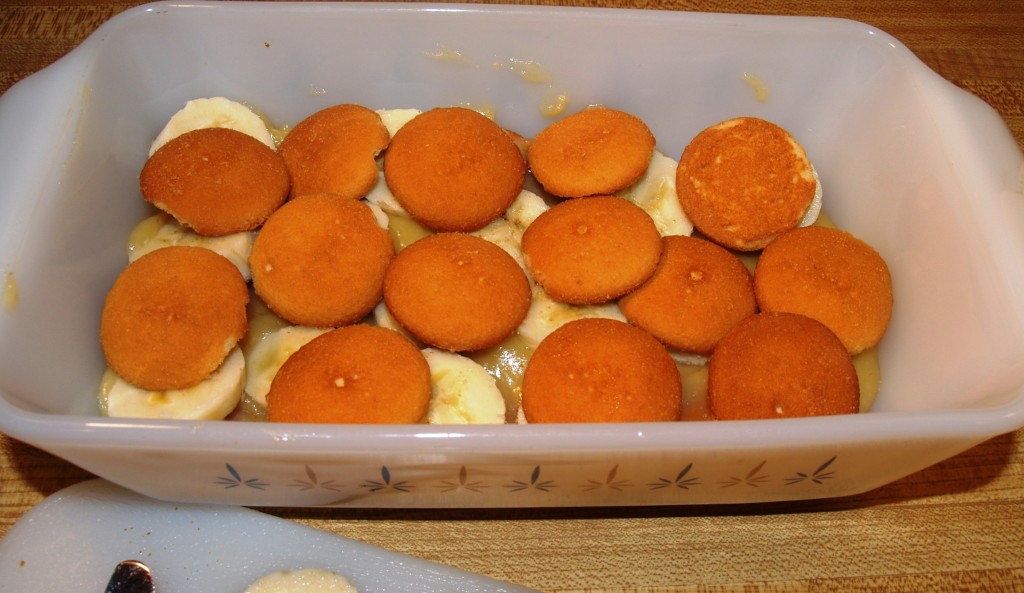 Continue doing until you come to top of dish ending with the pudding layer, although some people end with bananas and put whipped topping as final layer but that wouldn’t be my Nana’s pudding so we don’t use that.
Crush some cookies in a bag and sprinkle on top. 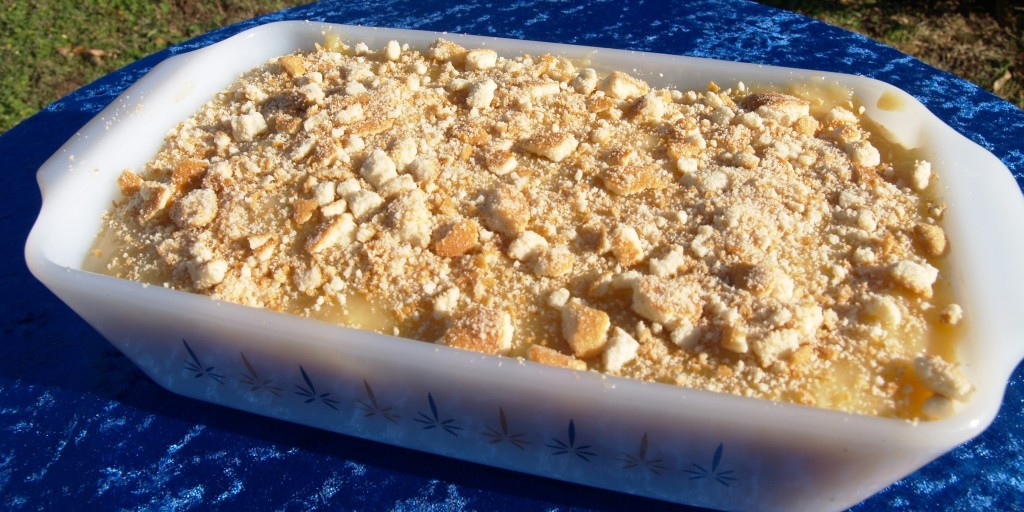 Ta-da! In our family, we think of this as, “The Holidays – Served with a Spoon”! 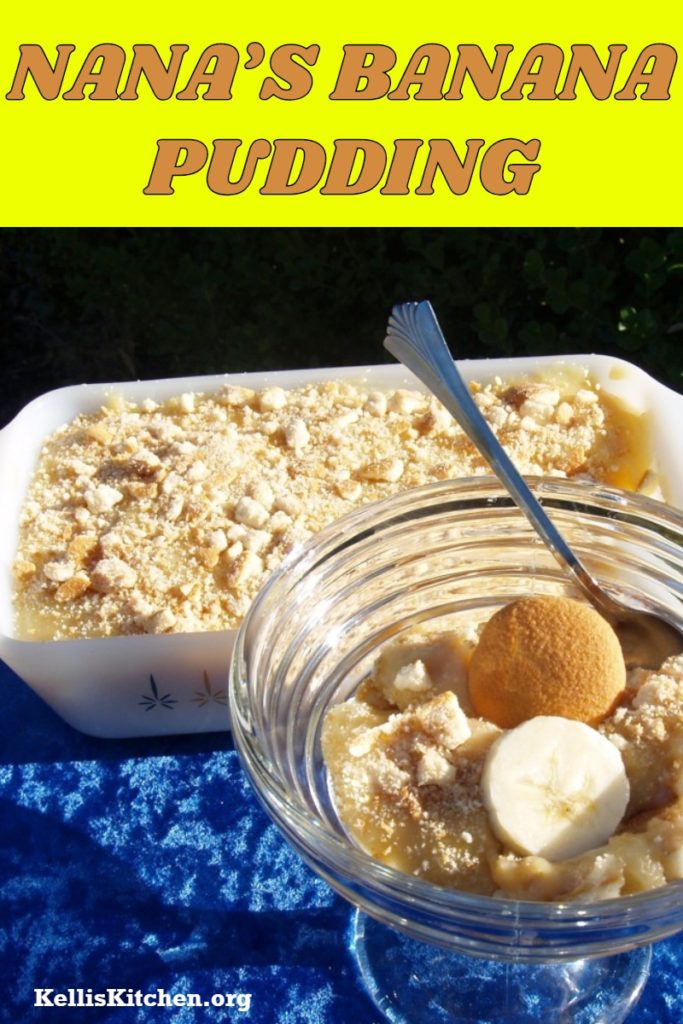