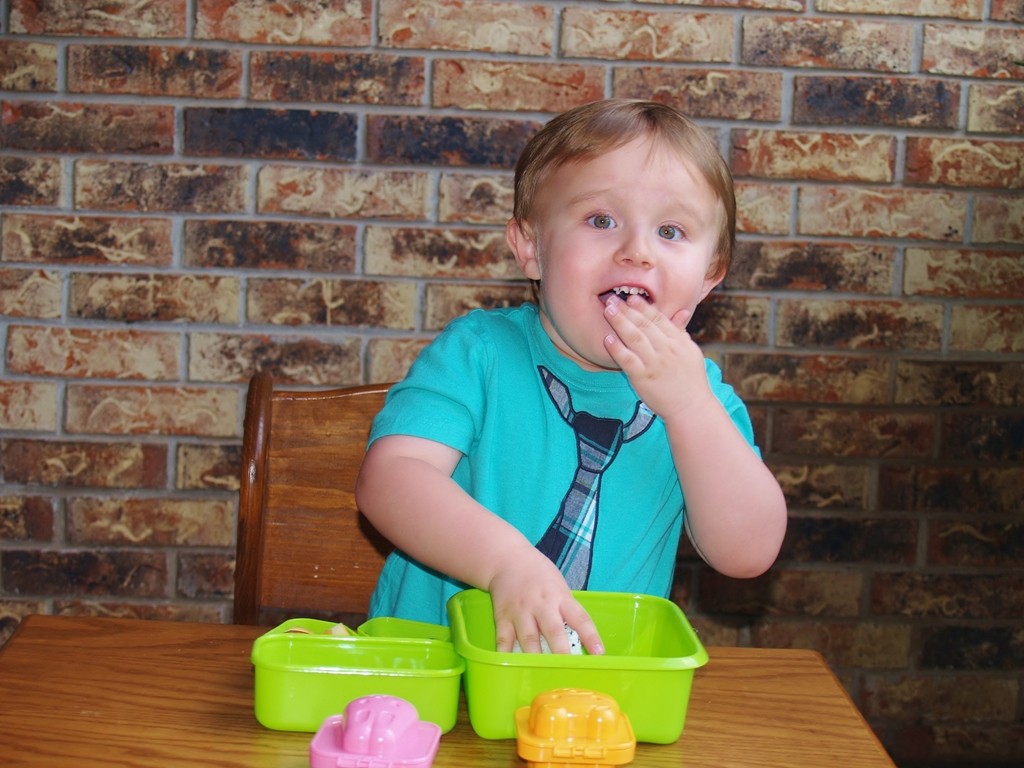 I am pleased to bring you this post, sponsored by Produce for Kids and Homeland Stores of Oklahoma to benefit the Regional Food Bank of Oklahoma. As you know, I spent the better part of my career helping those individuals who needed food for themselves and their families, to find ways and resources to do just that.  When the company called and asked me to write about them, I was on board right away.

I learned a lot about my vitamins and had the great opportunity to make Rocket a meal he has asked me to make again and again….but we’ll get to that in a few minutes.  First, let me tell you about Produce for Kids and how Homeland Stores can help you make great choices for those children in your life.  Fruits and Vegetables are so important throughout your life and since your preferences are pretty much set up in the early years, kids need to taste as many as possible so they will prefer them over less nutrition dense foods in adulthood.  Through Produce for Kids, Homeland Stores, and select produce growers, $70,000 has already been raised in Oklahoma!  This campaign is going on all over the U.S. with other stores so just think how much may have already been raised in your state.

The great thing about Produce for Kids website is its seemingly unending supply of kid friendly recipes.  I have been over several times.  I’ve also followed them on Twitter, Face Book, Instagram, and Pinterest because they come out nearly daily with new recipes and great ideas. ***For those of you entering the giveaway, following all those social media platforms above will give you extra entries! Use the giveaway tool at the bottom***

When I was talking with them, they asked if I would consider using some of the produce supplied by the following folks:

Well, of course but I also need to get something that Rocket is going to eat and at three-years-old, he is all about controlling his destiny including what he eats.  Most of you also know he is a quarter Asian and has been introduced early to some very sophisticated items like Nori and Kimchi which are a part of his regular diet.  He also loves plain sticky rice.  There are only certain fruits he likes currently.  He slowly is beginning to enjoy muffins.  Lucky for me, Homeland had everything I needed to make several meals for Rocket because he liked it so much he asked for it three times! 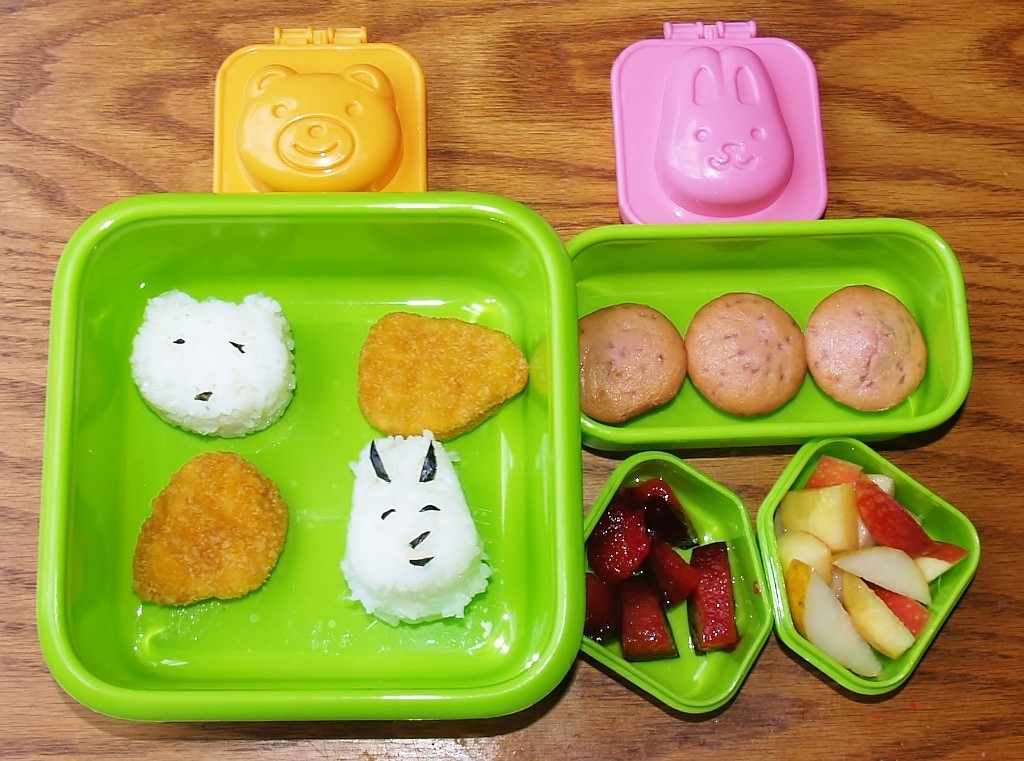 They make fresh lunch boxes, veggie trays and fruit trays every day!  These two ladies work right in the produce department so you can see what you are getting – isn’t that nice? 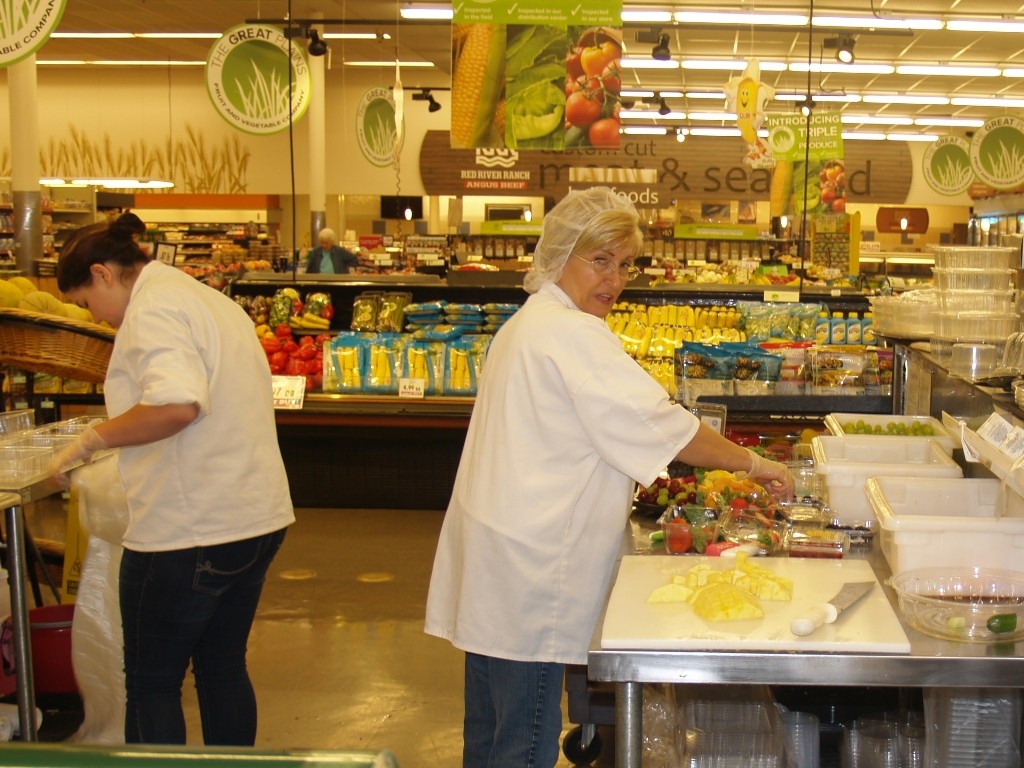 They make the fruit trays looks so scrumptious, don’t they? 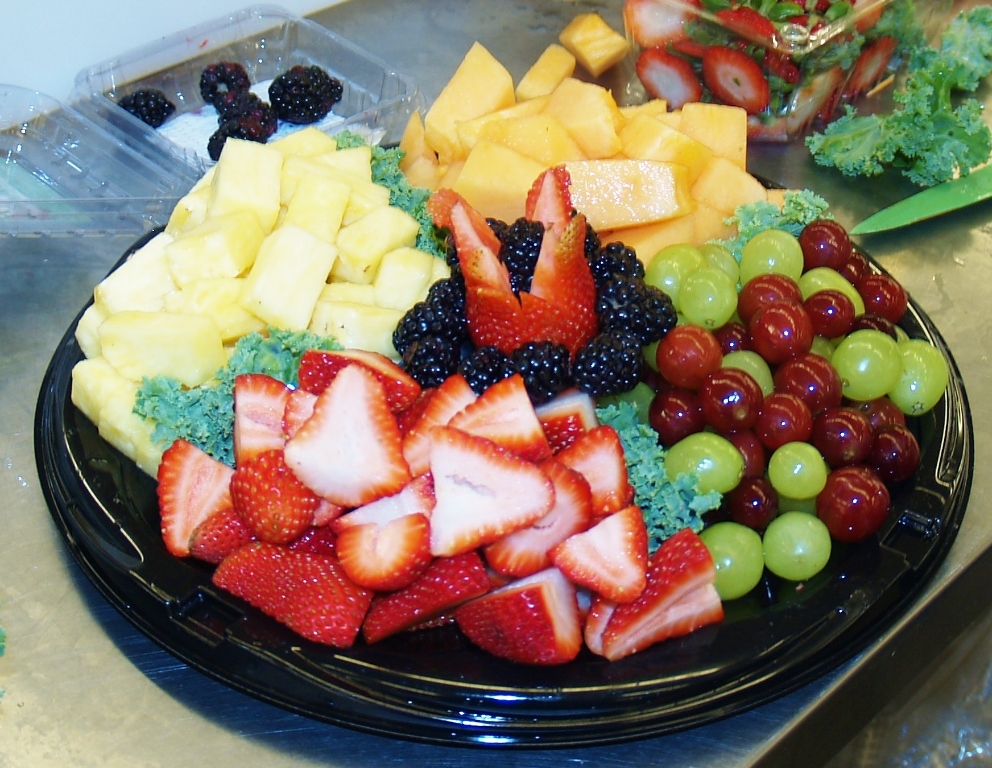 Once I saw these little daily fresh items – it gave me an idea for Rocket! 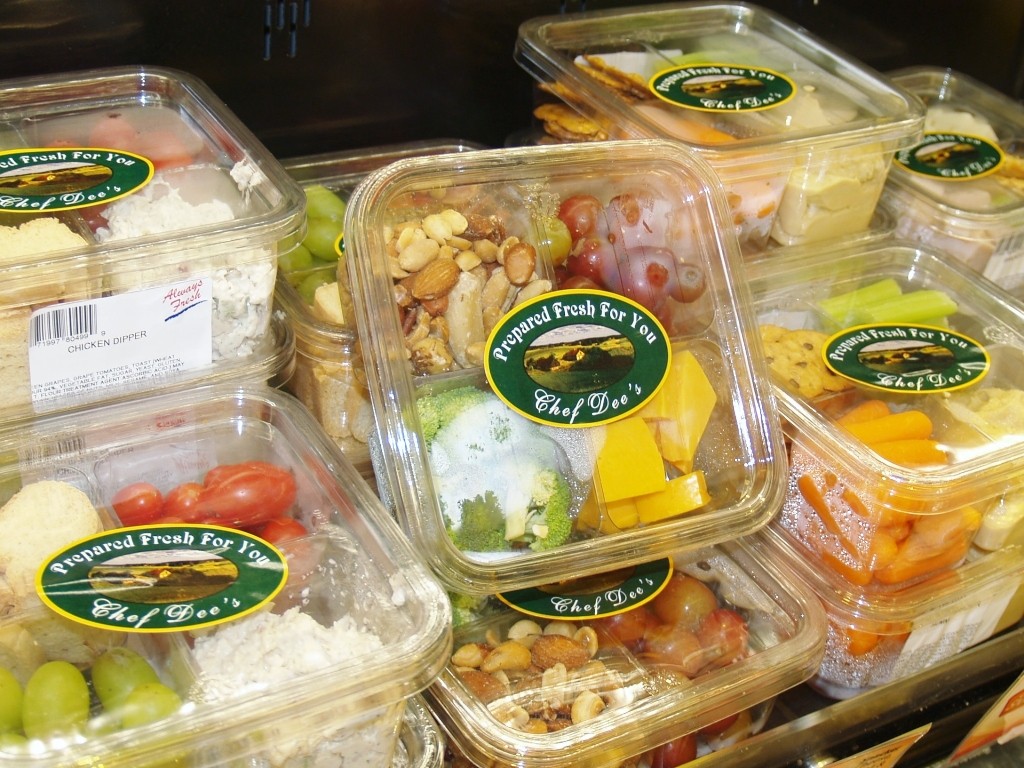 I used the following cut up in very small chunks and spritzed with a dash of lemon:

Pluot  – it’s a cross between an apricot and a plum.  They stain something awful but he loves them.

Chicken nuggets (There are some things you can’t fix)

Rice  – put into egg molds to make into fun shapes and Nori cut up to make the features more prominent.

I cut up the fruit, spritzed it with lemon juice and put them in separate containers of the Bento Box.

I opened the bag of Little Bites and put three in one of the containers.

Finally, I made the rice characters using Nori to help make the faces (I am not very artistic) and put in two chicken nuggets so there would be no complaints.  The boy begs for nuggets most of the time.

As you can see, he loved the entire meal and I’m thrilled that only 1/3 of it contained a processed item.  And you know what?  Sometimes that’s the best you can hope for with a 3-year-old.  Another great thing about a Bento Box is that it keeps all the foods from touching each other – Rocket, like his mother before him, does not like different foods to touch……….none of those popular “bowls” for them!

I hope you will take a look at all the links I have put in this post, especially the recipe site – it’s got some great ideas.

Now, here is how YOU can help:

To help Homeland increase its donation to the Regional Food Bank of Oklahoma’s Food for Kids Backpack Program, shoppers are encouraged to add more produce to their grocery carts through June 27. All five participating fruit and vegetable suppliers will make a consumption-based donation to the Backpack Program, which provides chronically hungry elementary children with backpacks filled with non-perishable, kid-friendly food to eat on weekends and school holidays.