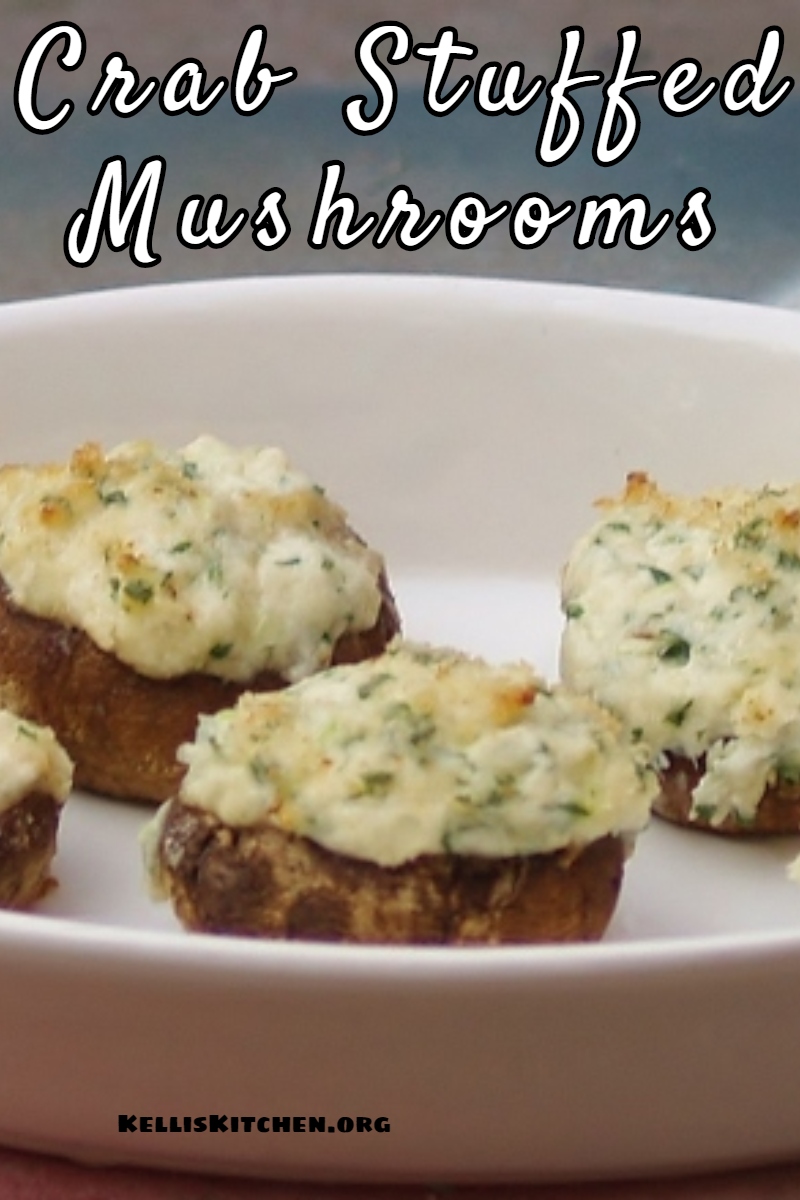 These mushrooms are so easy to throw together and quickly gone – they have all the good stuff stuffed inside like cream cheese, crab, and green onions. I know they will be perfect for several holiday parties that I am attending and you can easily make them as well. 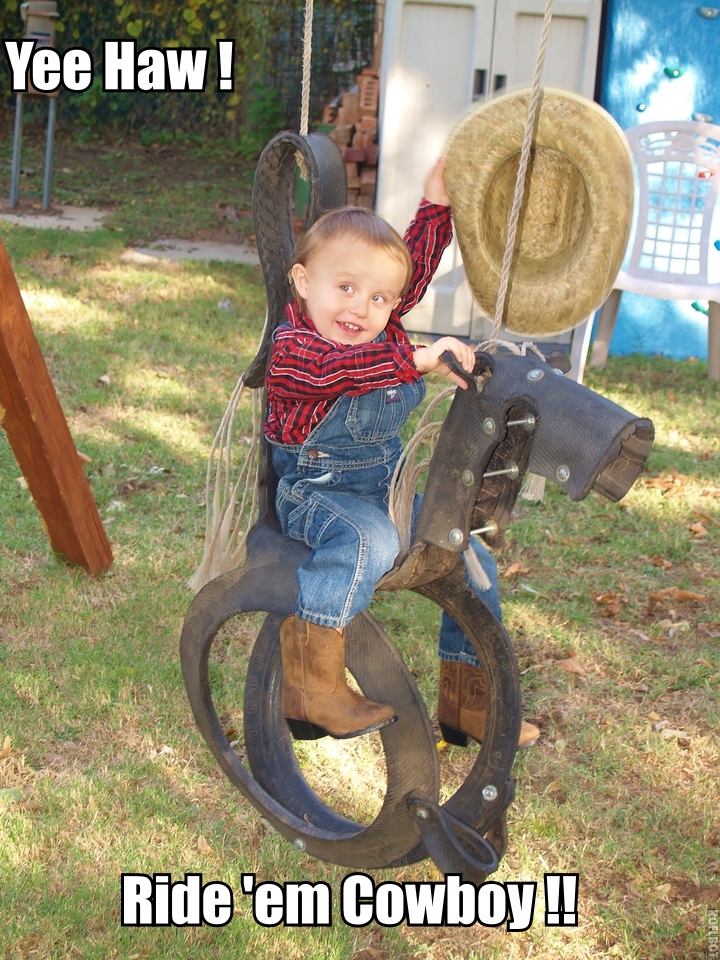 Before we get to the recipe, I want to show you a picture of Rocket (He’s such a ham) on a horse swing we bought him during our recent trip to a place in Oklahoma called Fin and Feather Resort. This is the last year they will have the craft show and the 18 mile long yard sale leading up to it. It’s too bad – I spent many weekends exploring those sales and crafts with my Nana, Mom, my former mother-in-law, Top Girl, and this time – Mr. Picky Eater. It’s a long winding road up Braggs Mountain with plush subdivisions separated by humble homes and run down shacks. We saw these hanging on a rusty swing set frame but MPE did not want to stop on the side of that road because traffic was pretty heavy for the narrow lanes and no shoulder, but I insisted. As he turned around, he was complaining that we would go back just to find that they were $150 instead of the $199 they are on the Internet. When he stopped, I jumped out of the car and walked quickly up to a young man with a rather dirty face. He told me – very proudly – that the horses were $10 each. I looked it over – all 5 of them – making sure there was nothing wrong with them, thrust a $10 into his hand and had him take one down. MPE got out of the car with that look on his face that says, “How much is this going to cost?” But when I told him, he couldn’t get the back hatch open quickly enough. As we drove off, we thought about going back and buying all of them to resell, but decided it would be best to let people like us stop and think they got the buy of the decade. MPE had already built the swing frame for another swing Rocket had outgrown. Now, all he wants to do is “ride horse”! We’ll see how he feels next week because today I found some old metal playground equipment. A little sanding, some paint, with a few replaced seats and he will have an entire carnival in the backyard. Now let’s get to those mushrooms—- 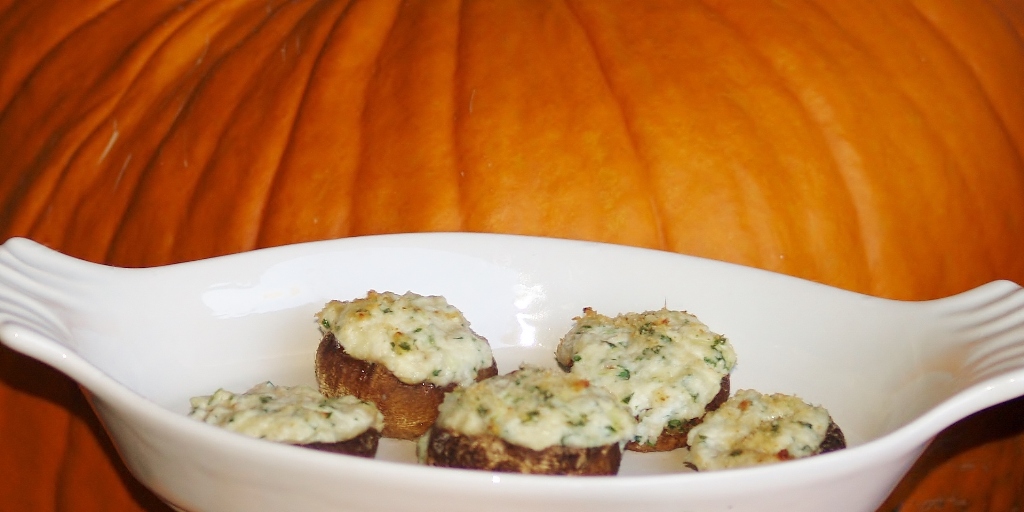 Preheat oven to 375F
Clean mushrooms by brushing dirt off with a soft brush – I have a child’s first toothbrush specifically for this purpose.
Take off the stems and the brown “feathery” like part all the way around the mushroom.
Mix up all the other ingredients except for the bread crumbs.
Stuff the mushrooms.
Sprinkle the tops with the bread crumbs and spray on top with non stick spray, or you can brush with melted butter.
Bake for 20 minutes.
If yours are like mine, they will melt all over the place – don’t worry – let them cool.
Take a spoon and sharp knife, gently put the spoon under each mushroom and use the knife to cut around the edge of the veggie and place on a serving plate.

They look great and taste even better! 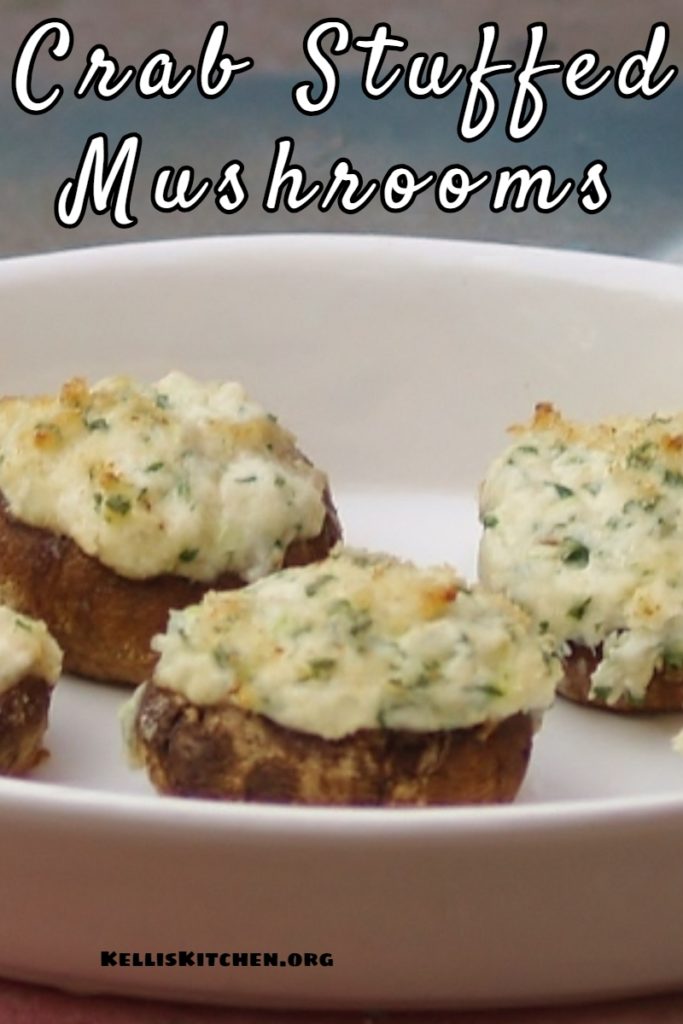