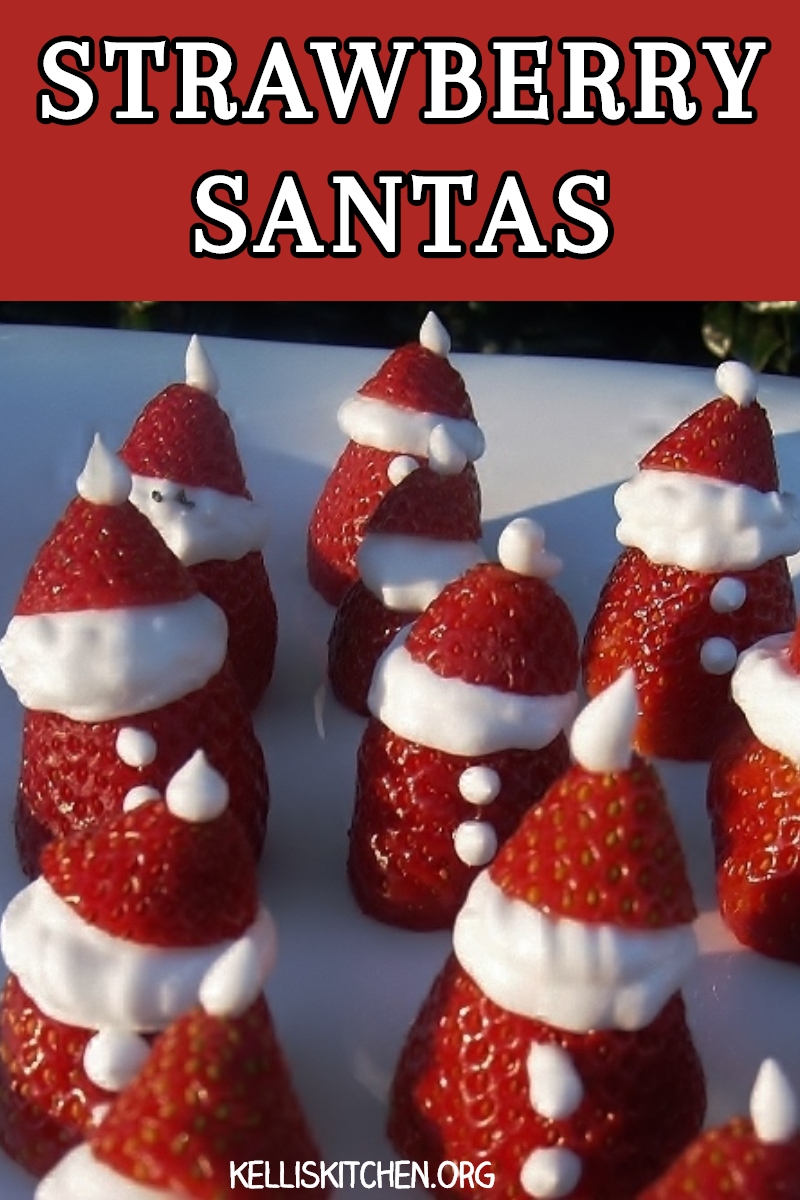 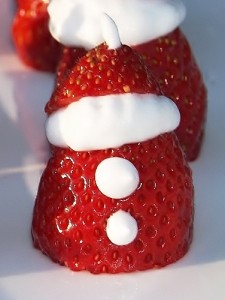 A Facebook friend of mine from high school sent me a picture last week of little strawberry Santa’s and I just knew I had to make them. I searched the Internet for a tutorial or instructions and didn’t find too much. I honestly could only find 2 other posts with them and only one with “ingredients” needed. Armed with that, I made an early trek to the grocery store yesterday morning expecting to find chaos – but even in Wal-Mart, there really weren’t that many people shopping. The picture my friend sent me had little black eyes and the other post I found had none. I thought I would buy poppy seeds and try those – you can see how those turned out down in the post.

What you will need:
1 pound of strawberries
Cool Whip
What you may want:
Something to make eyes for Santa.

First, wash the strawberries and lay them on a paper towel to completely dry. 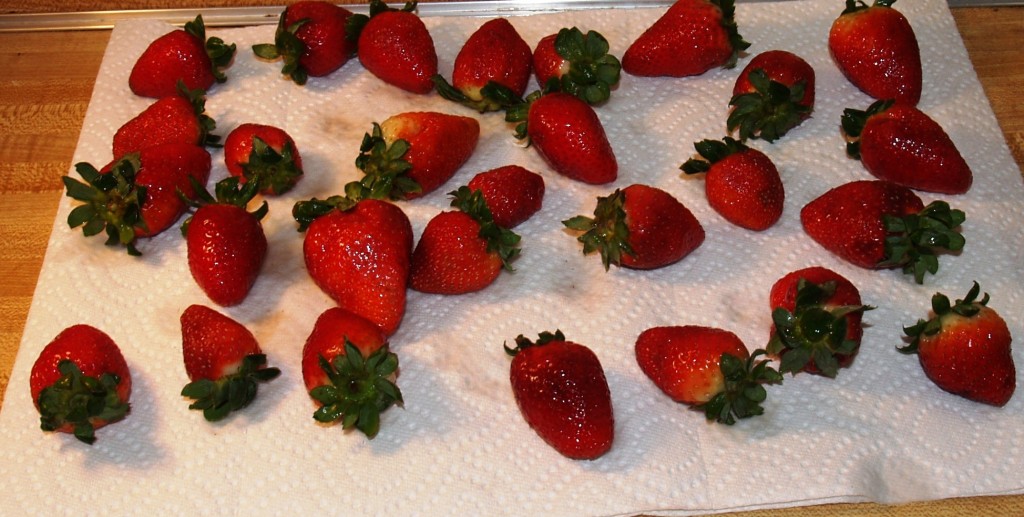 Cut off the stem end so the berry will sit flat. 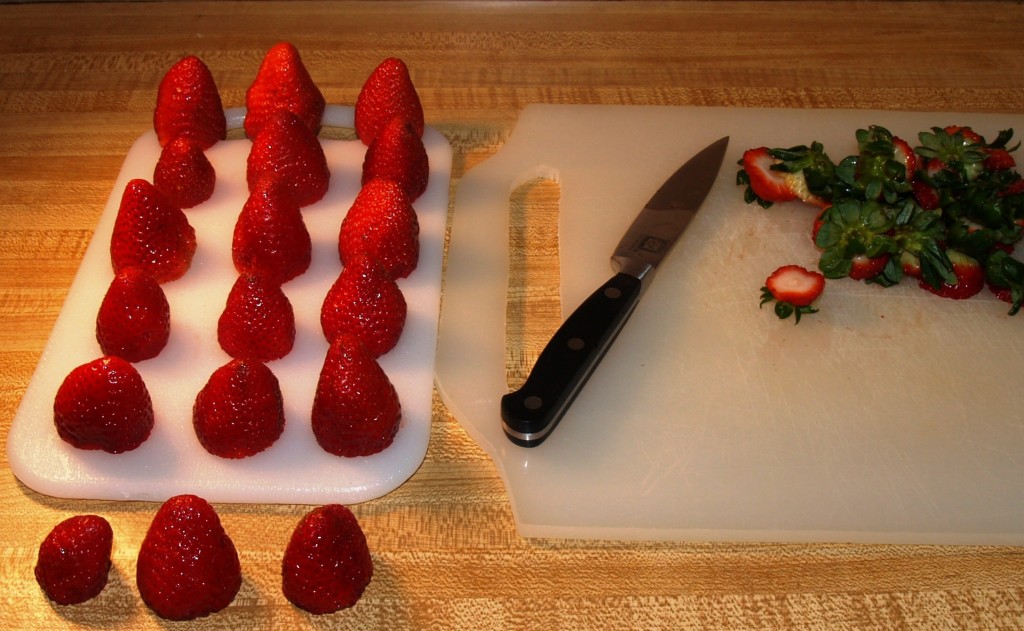 Cut off the tip of the berry, being careful not to cut off too much or it will become top-heavy. Then core just a little bit out of the tip end because more cool whip is BETTER! 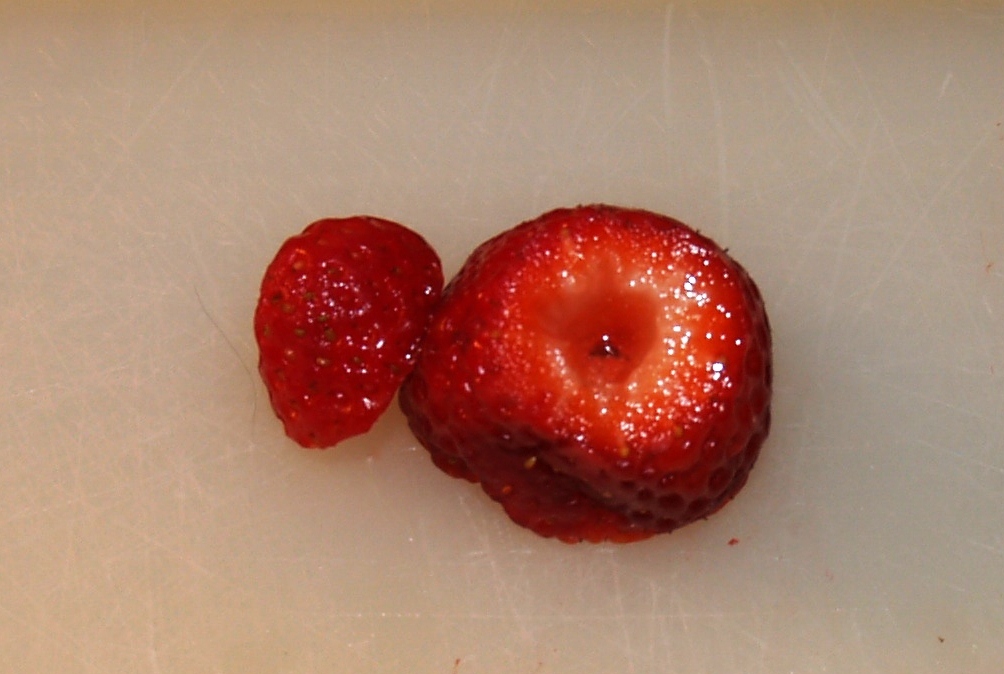 Then you will need a star tip and possibly a round tip. I didn’t have either so I bought this from Wal-Mart for $9 – and it works great! 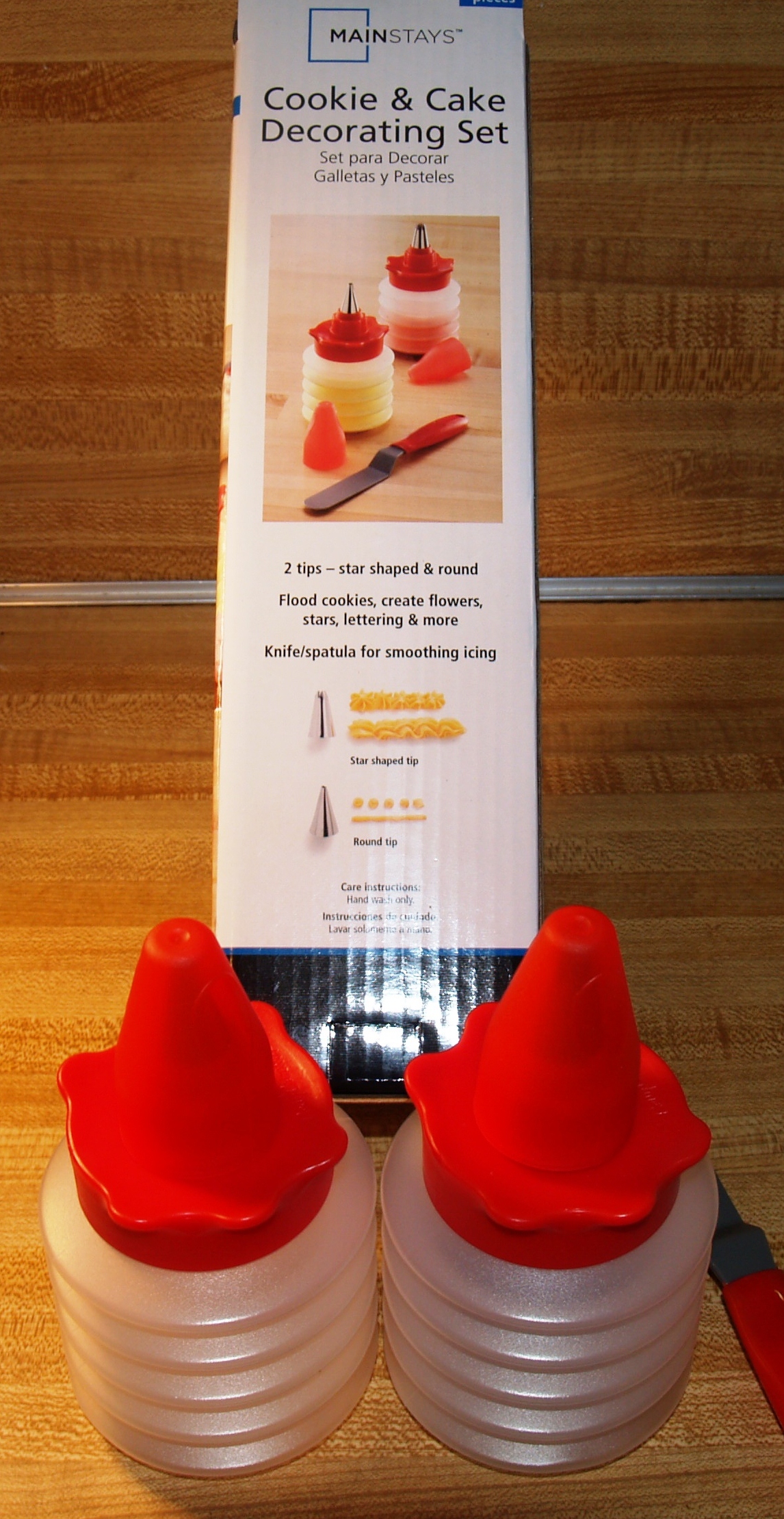 I practiced a little first since I have never done anything like this with a cookie or anything. 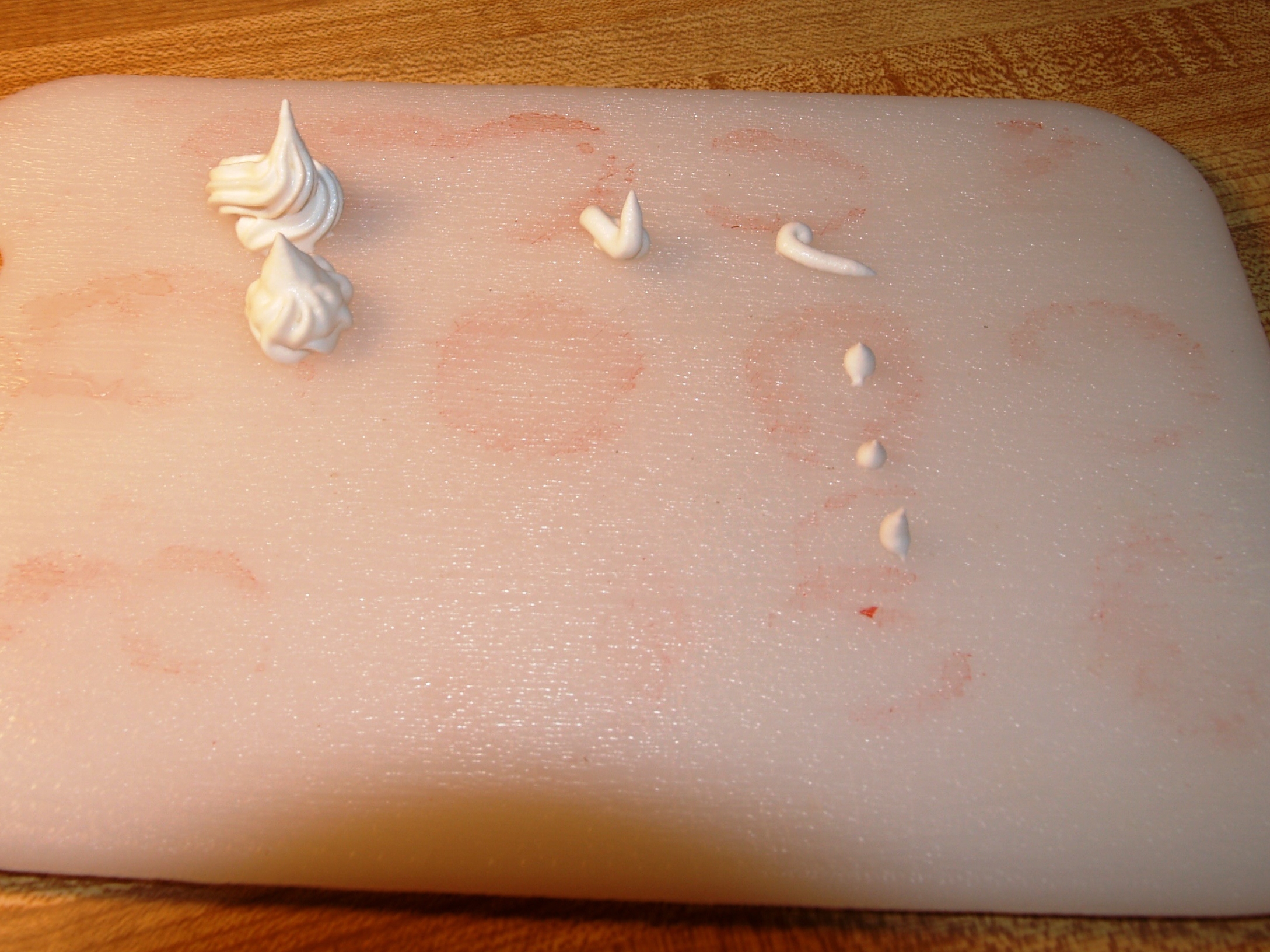 Using the star tip, put a little in the berry as it sits flat. If you put in too much, the “hat” will fall off. Then, taking the round tip put a tip on top of the hat and two little buttons. Here is my first one: 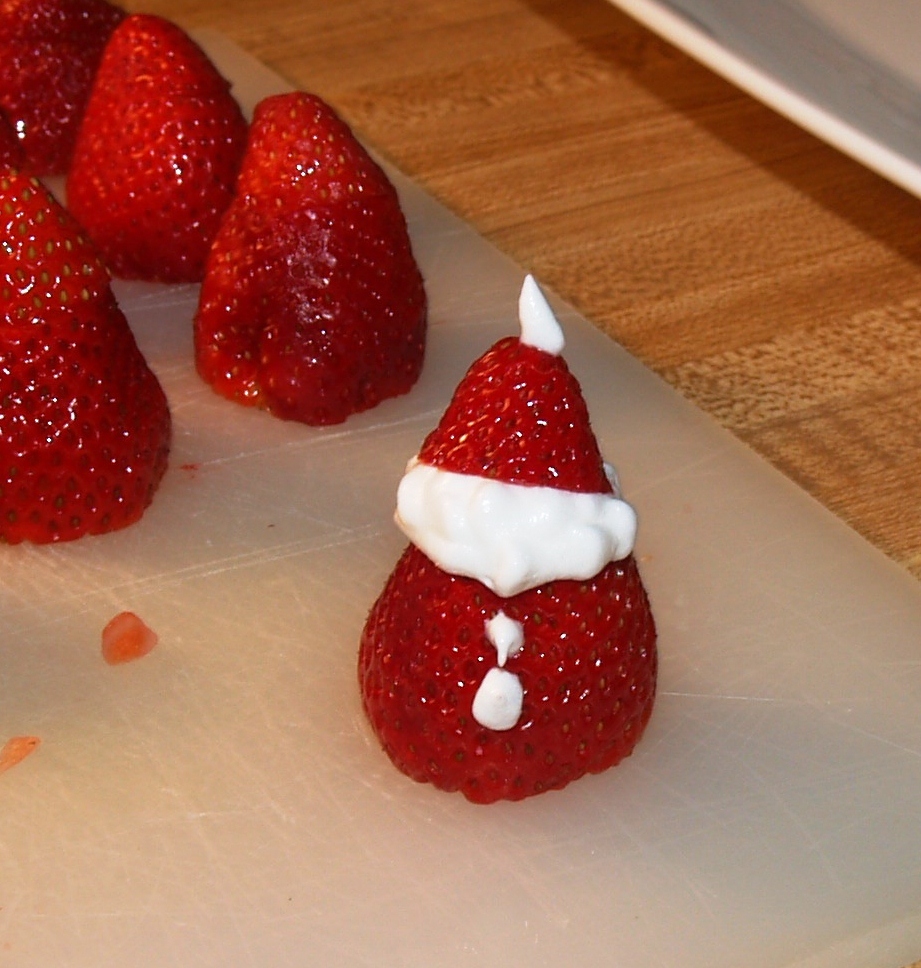 Then I tried eyes with the poppy seeds – Santa looks as though he has eye issues because I didn’t have the patience or steady hand to do it so mine won’t have eyes. 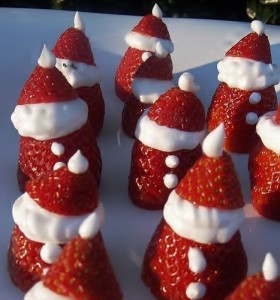 You have to work fast because the tiniest amounts of heat will them to begin melting. So, they aren’t perfect like the ones I saw but I’m really happy with the effort and since they only took 15 minutes and about $6 to make, I can try again and again. They taste GREAT! 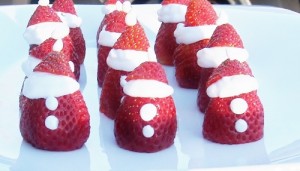