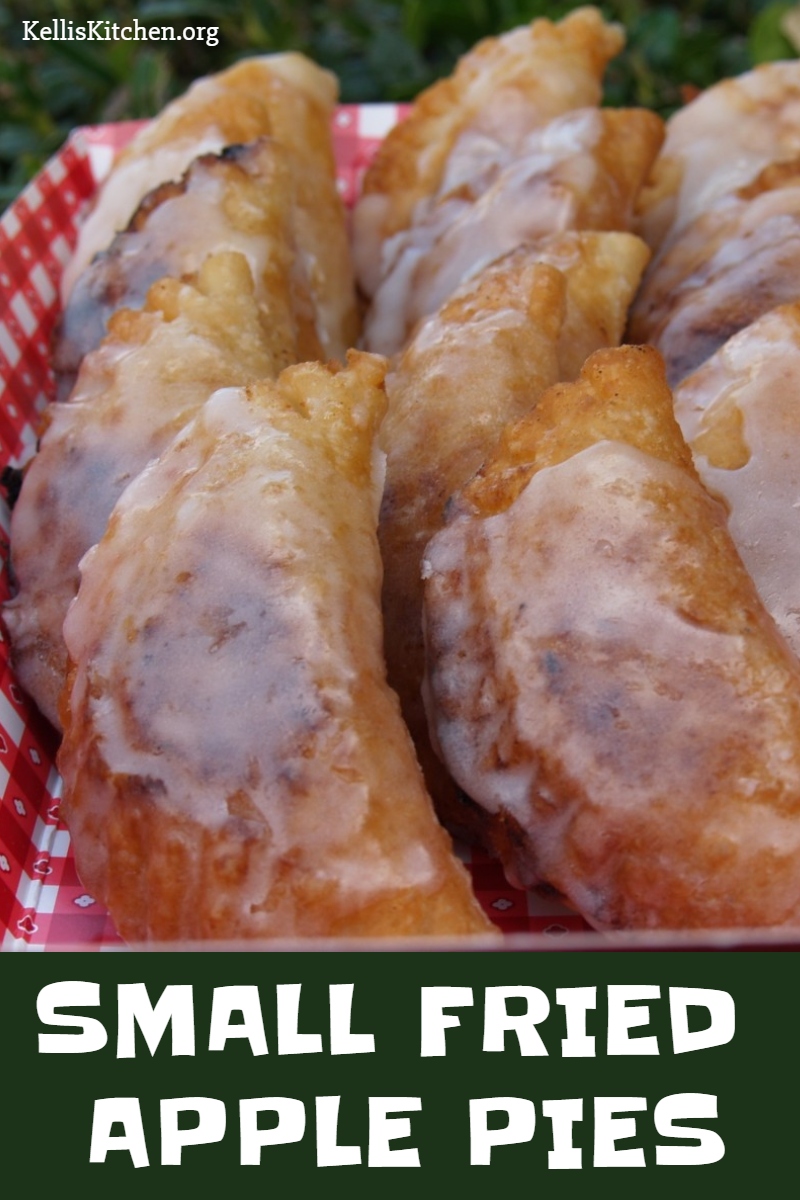 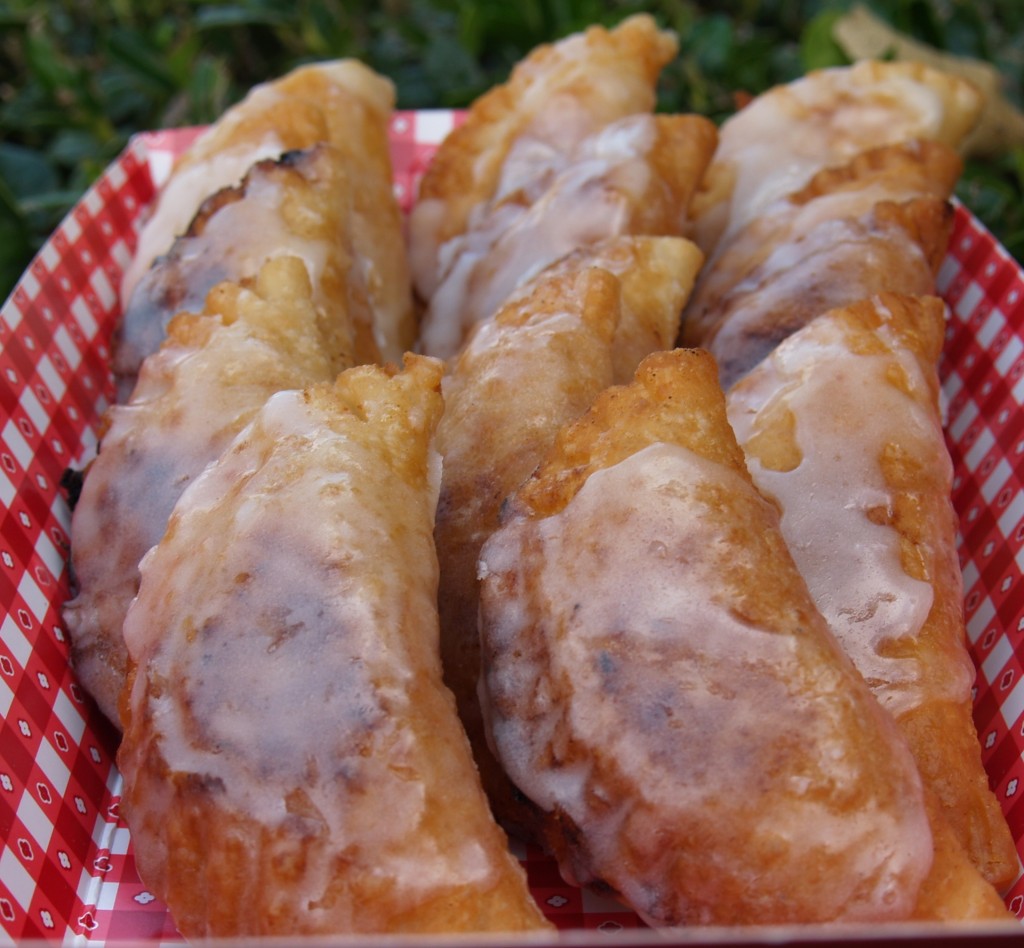 ***This is the most important thing to remember when reading this post: Mr. Picky Eater LOVED them – he even complimented me. He didn’t get that nickname for throwing about admiration for my cooking skills, so this recipe is a great big success as far as I am concerned! 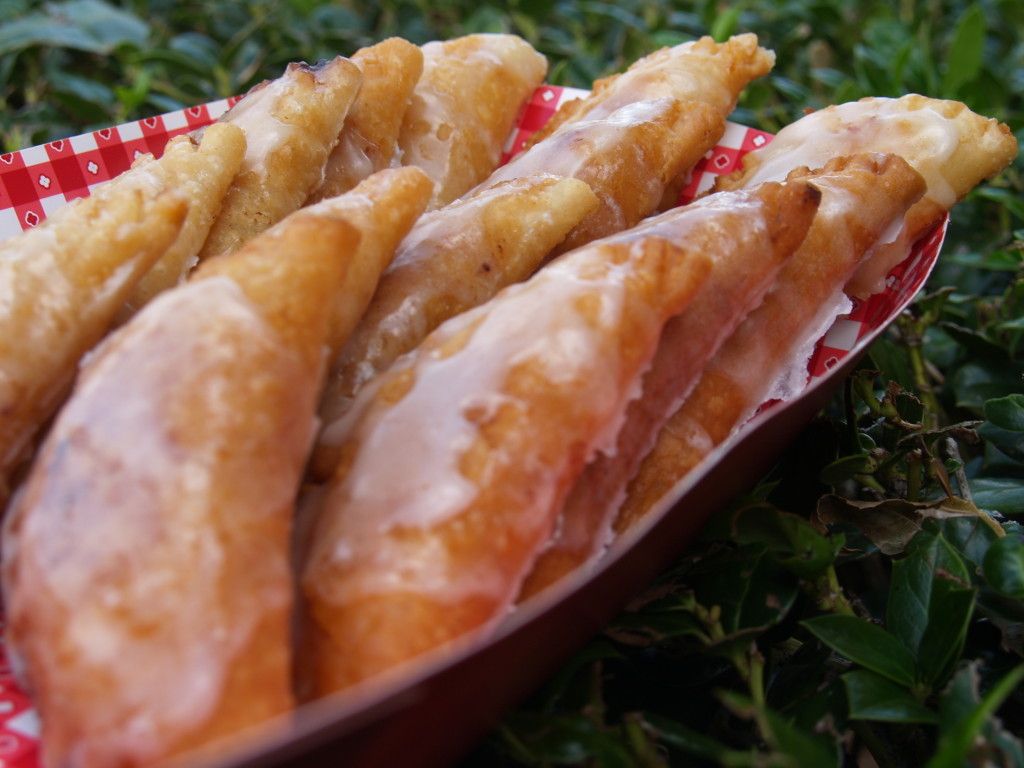 As I was reading other blogs today, I ran across the greatest recipe from The Home Heart. It made me think of my grandparents Dan and Jim. Tomorrow would have been a birthday for both of them. They were born on the same day, Dan in 1903 and Jim in 1905 in Indian Territory. I called them Nana and Jim-Pa. Dan, of course was a nickname that Jim-Pa gave her a long time ago. She was Dan to everyone; in fact, most people didn’t even know her name was Emma. It’s because when Jim-Pa met Emma, she was engaged to someone else, but he swept her off her feet and they eloped on Christmas Eve in 1923. The man’s name to whom she was previously engaged was Dan. Apparently, Pa called her Dan in a teasing way from the day they ran away until the day he died, New Year’s Day 1982. I loved them more than I can say and miss them very much! Nana taught me how to can jelly, iron and the value of being able to vote – she was alive when women first got the vote and she voted every single time the polls were open. Jim-Pa was the Sheriff in town and Nana babysat children and took in ironing. This is a picture of them taken about the time I was born. 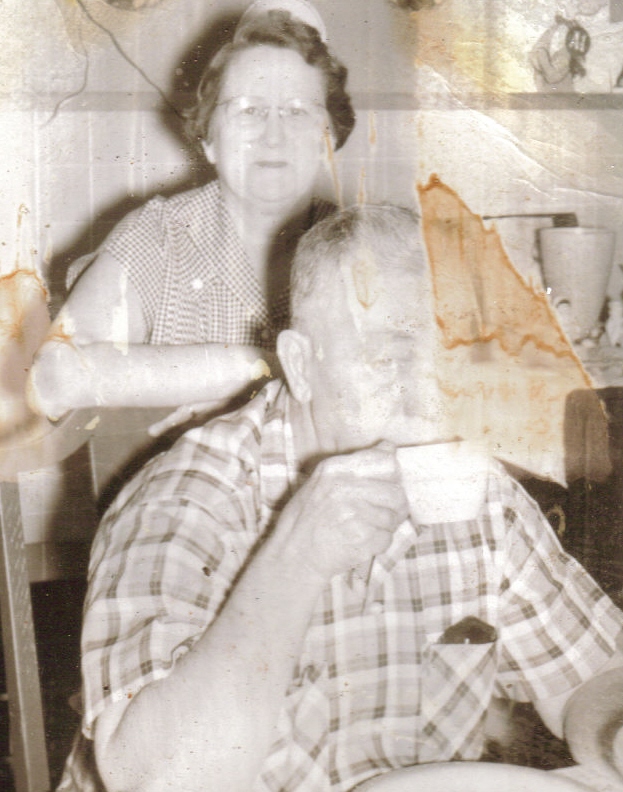 As I was thinking of them, I began to crave one of her fried apple pies. She made them in a big iron skillet and they were the best tasting fruit pies in the entire world. Well, you guys know I’m on that diet and a pie bigger than my hand is certainly a no-no and besides, I’ve never made them before. But, was I going to let that stop me? Nope. I had two apples left from the Fresh Apple Cake I made on Sunday so, armed with my knowledge in math and a fairly good memory from watching her, I read the nutrition information on everything I needed and then I began dividing. I got it down to what I think is a manageable calorie intake. These pies are about 120 calories each, which really isn’t bad at all, is it?

Here is what you will need: 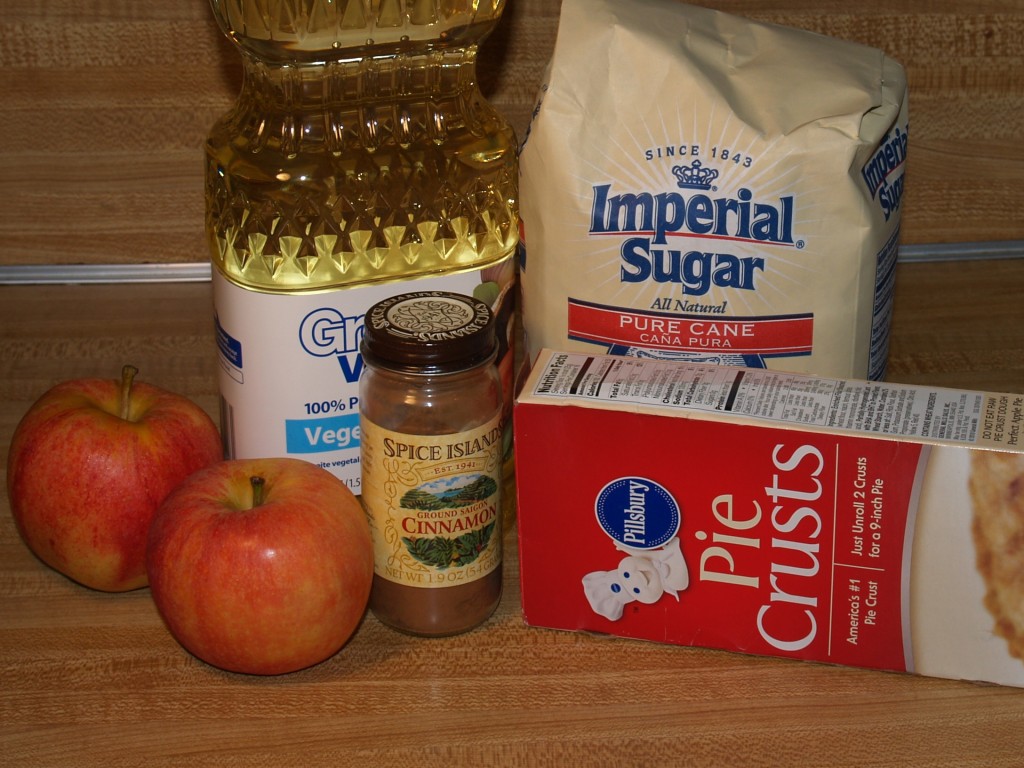 2 Pillsbury Pie Crusts – Nana made her own but I’m not doing that!
2 Apples
¼ Cup Sugar – optional
¼ teaspoon cinnamon – optional

I wanted them to taste as close to nana’s as possible so I did not put in sugar or cinnamon, ingredients that were expensive and hard to come by during the depression so she made them without and then never put it in later years.

First, you peel the apples and chop them up. 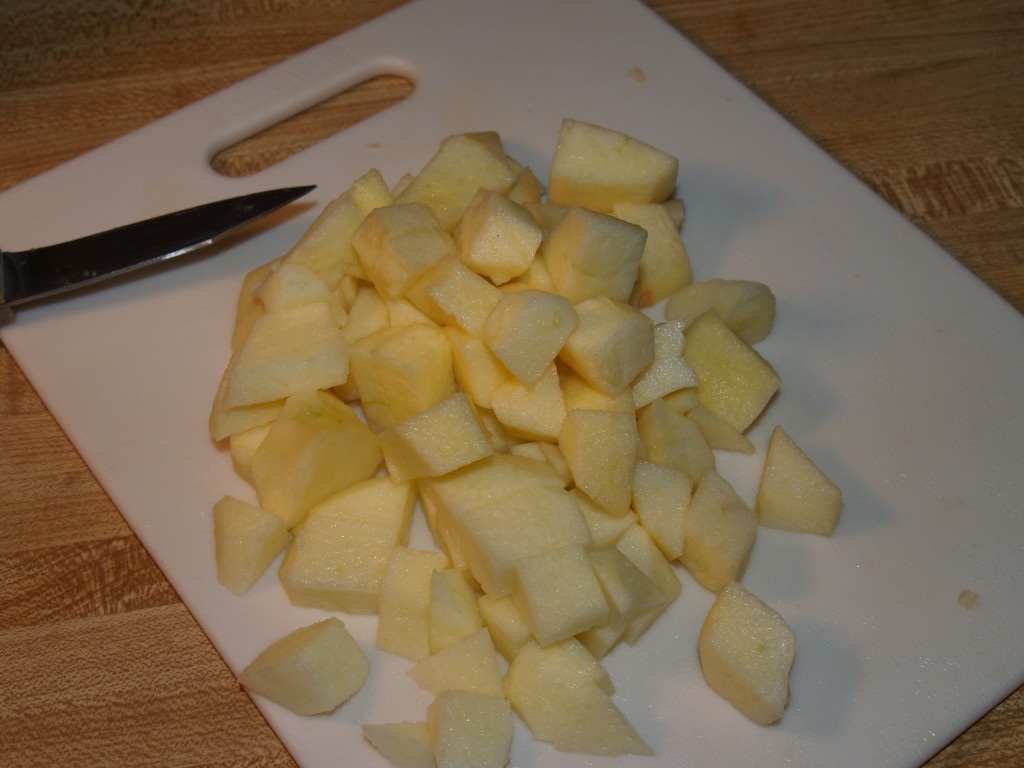 Then you put them in a pot and cook them down on very low heat and mash them up until they look like this: 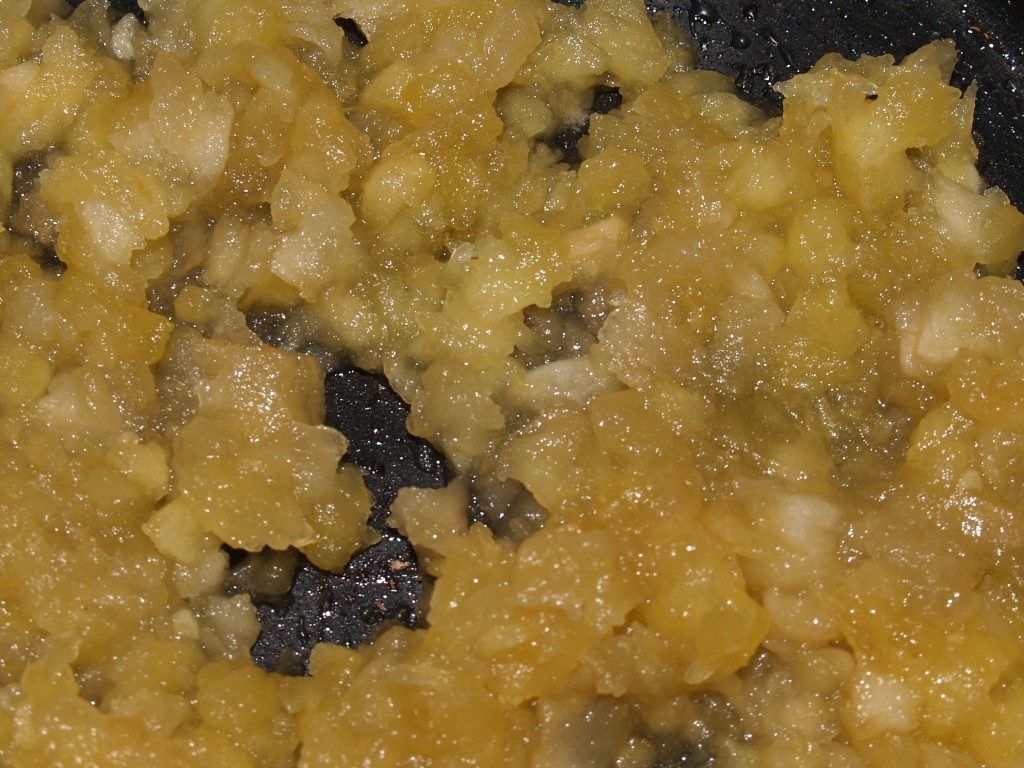 Roll out the pie crust on a lightly floured board. Using a 3 inch cookie cutter, cut out about 7 circles. 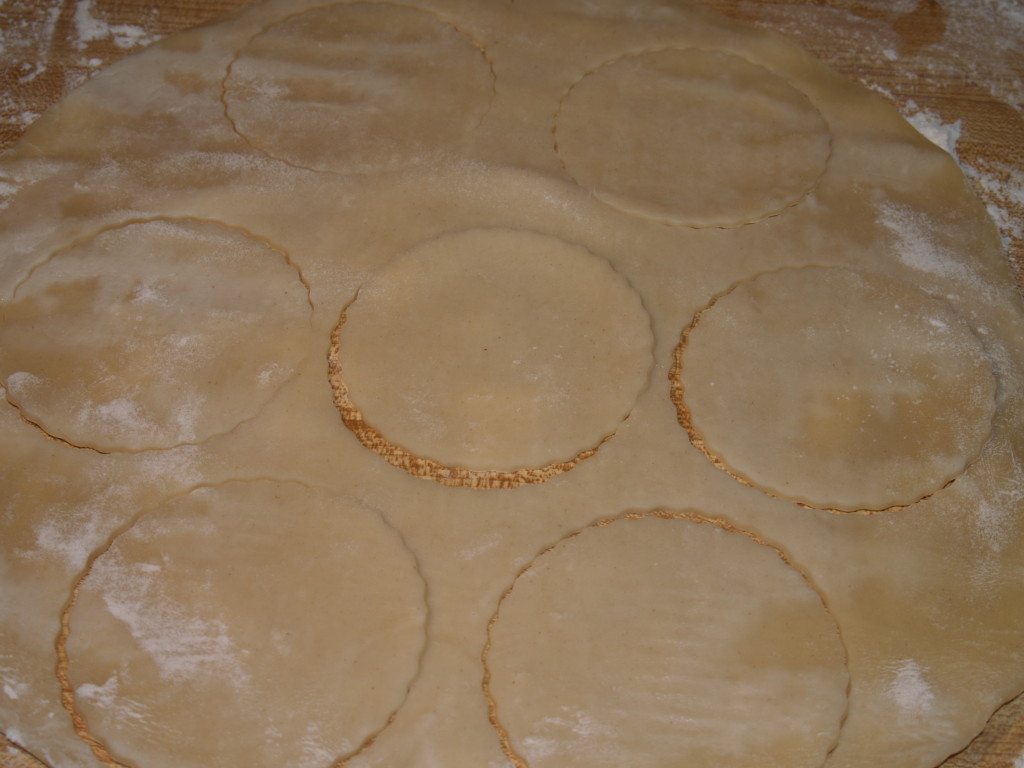 Place a scant teaspoon of the cooked apples in the middle of the round. 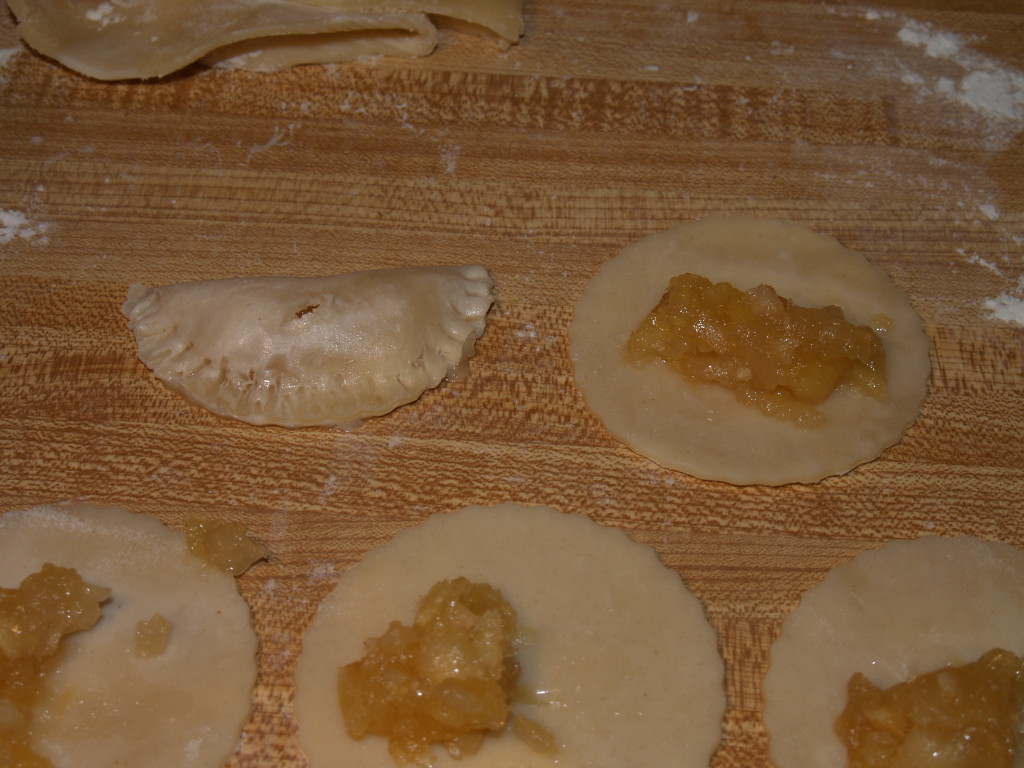 Using very cold water and your fingers, wet all the way around the pie, fold it over and crimp edges with the fork and make a slit in the top

Put a little oil in a skillet and let it get hot first, then place the little pies in the skillet and cook for 2-3 minutes on each side. 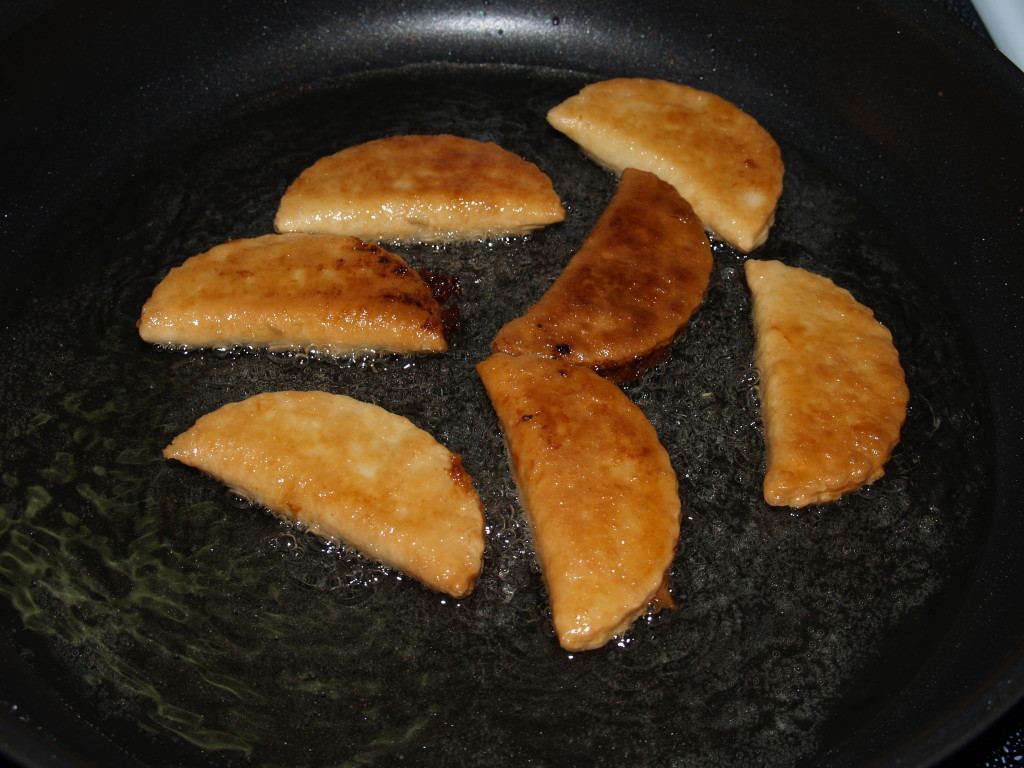 Take them out of the oil when they are cooked and place on a wire rack with paper towels on them so that will take off the excess oil. 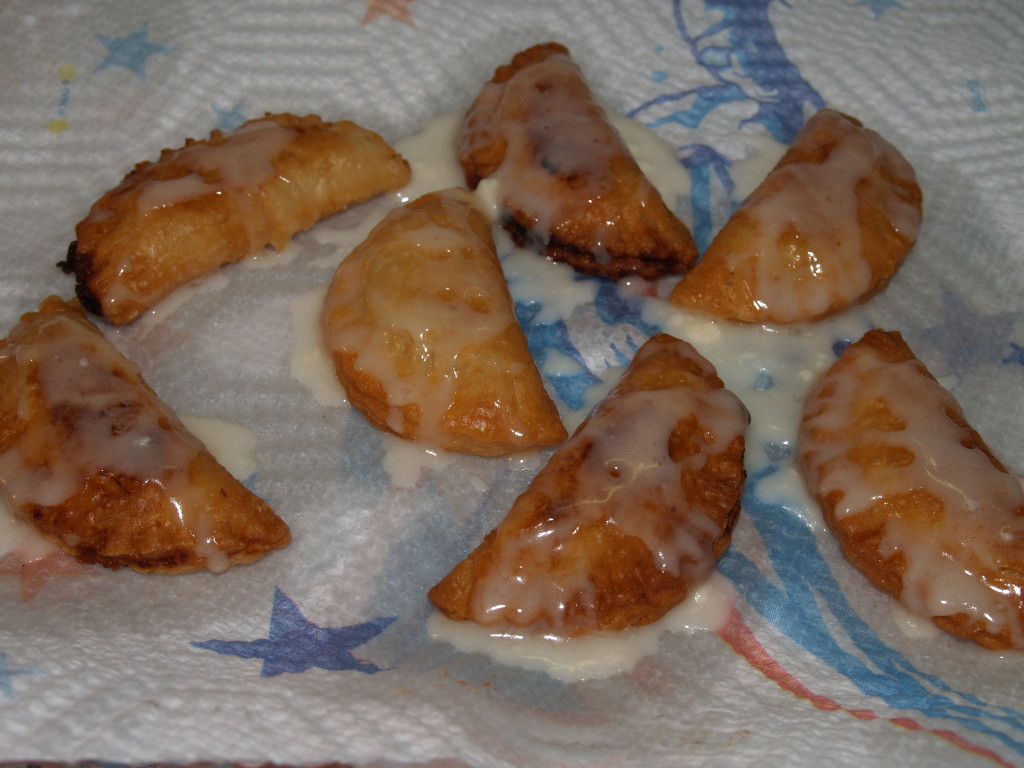 Icing recipe
You will need:
1 teaspoon softened butter
1 Cup Powdered Sugar
½ teaspoon vanilla
1-3 Tablespoons milk
Whip that up with a fork and then put the glaze over the warm pies. Don’t they look delicious? 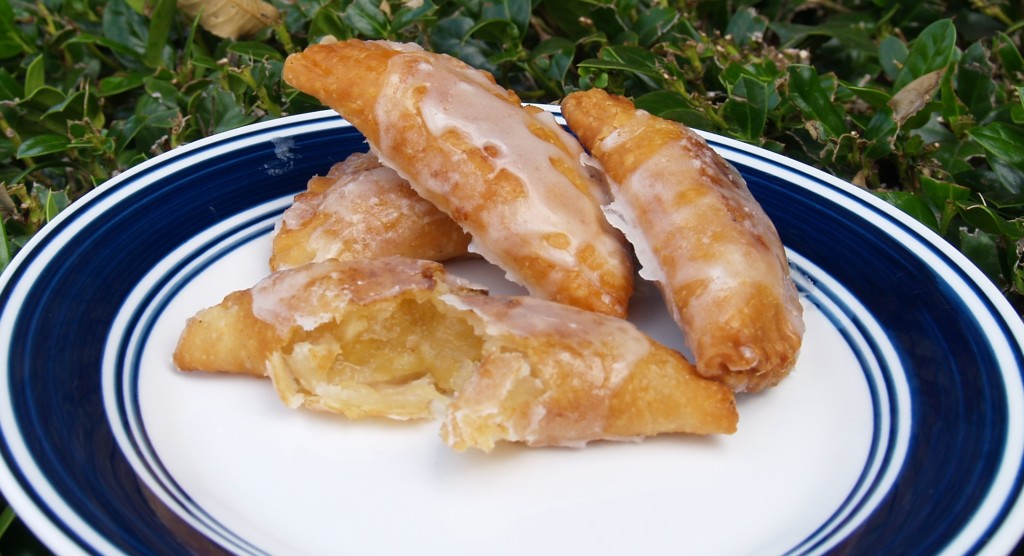 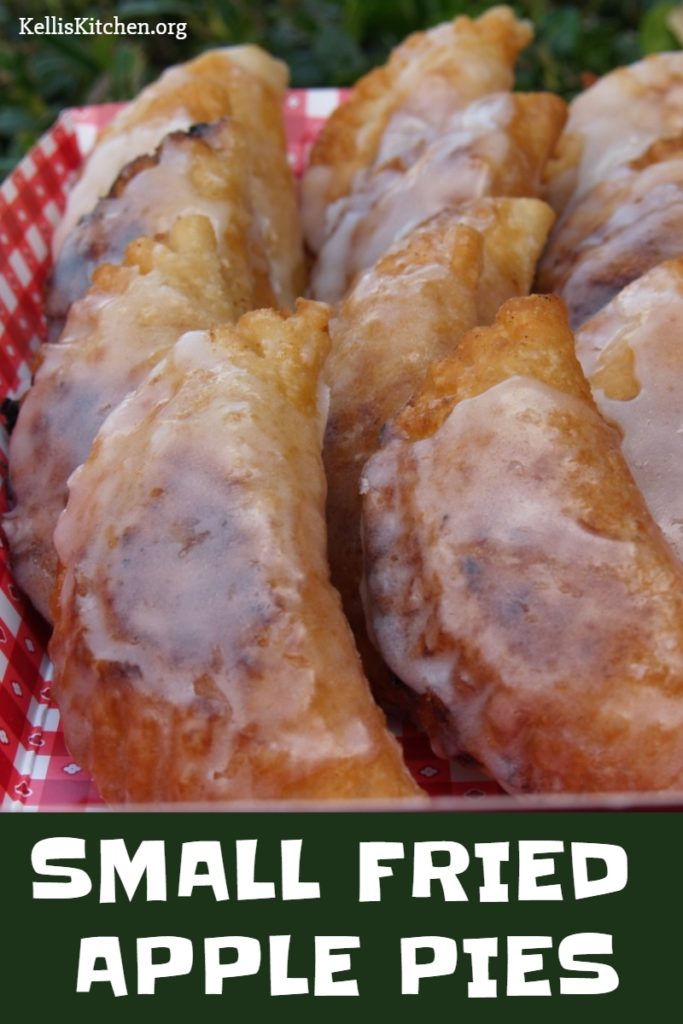 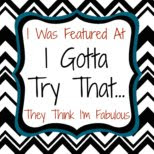 I’m sharing at this linky party! http://www.mostlyfoodandcrafts.com/2013/03/friday-food-frenzy_21.html I couldn’t seem to get the button to work but this is the link!