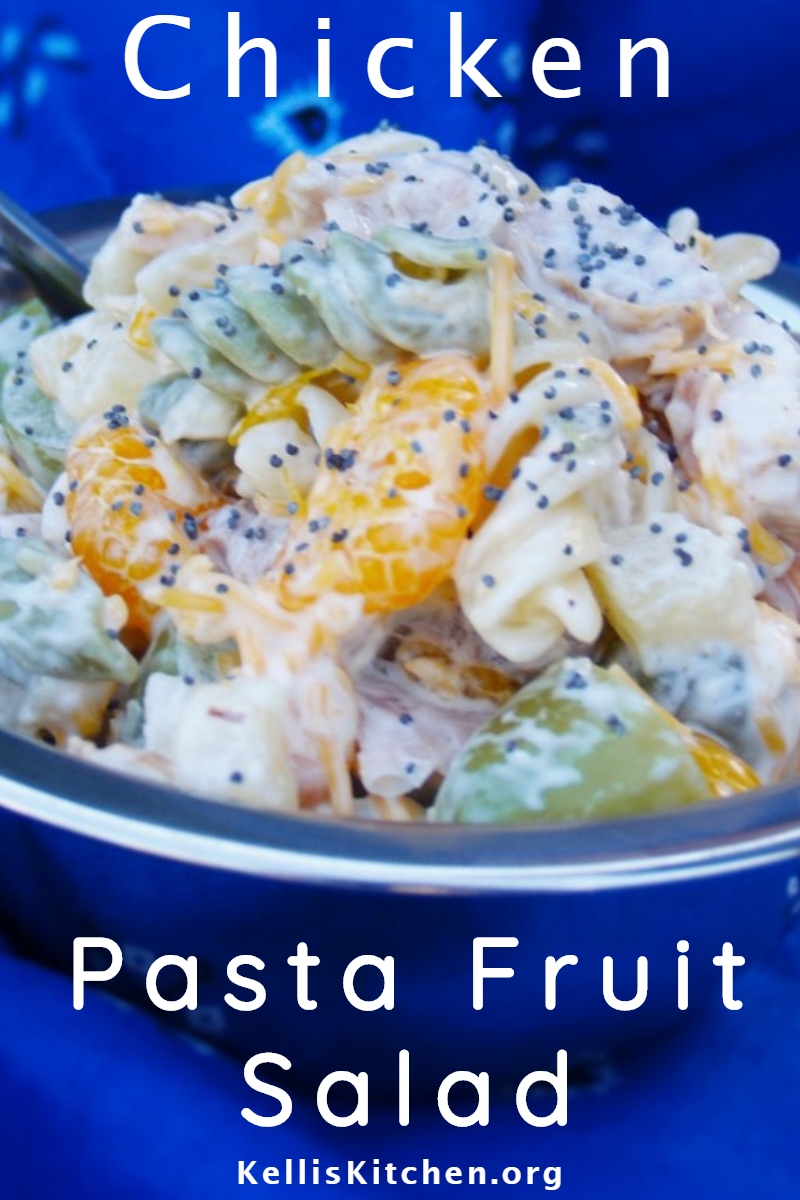 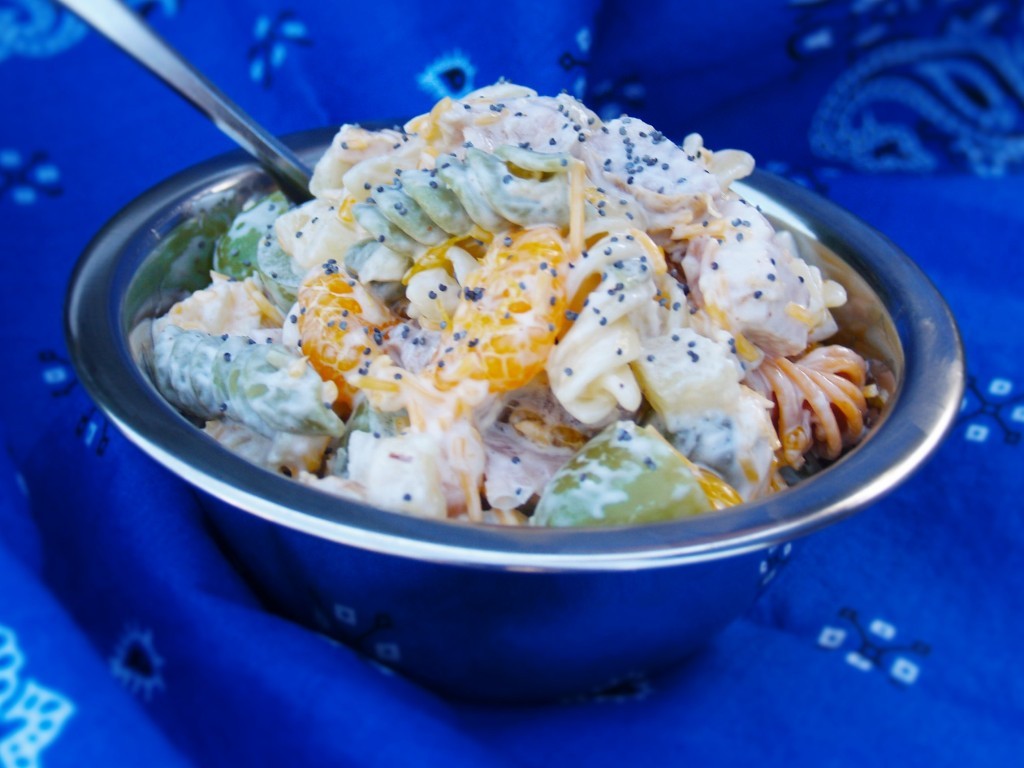 Top Girl and I were lucky enough to attend a splendid performance recently where I had a delightful 10 Minute Chicken Pasta Fruit Salad with a side of classic radio theatre.  I asked for the recipe and was given it by the person who made it – more about all this in just a moment but first a few housekeeping things:

Mom is home and doing well.  Thanks for all your good wishes and kind emails of concern.

Mr. Picky Eater and I are thrilled that one of our old projects published here was chosen by American Farmhouse Magazine to be a part of their Fall Edition.  Check it out! 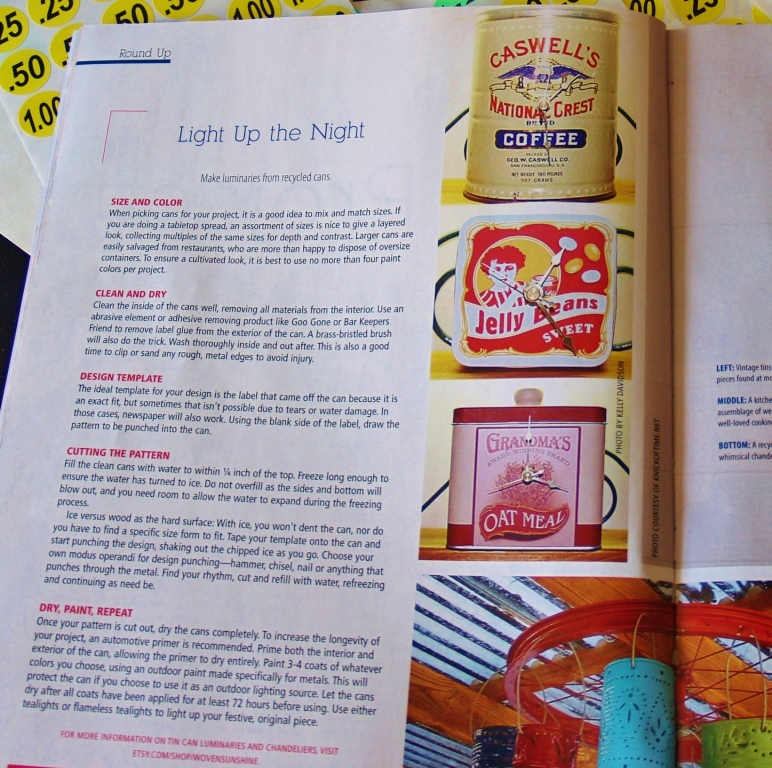 Two Friday mornings ago, on Top Girl’s way to work, as she listened to the radio there was a call in contest ——— and she won!  Two tickets to a Sunday afternoon event called Classic Radio Theatre.  Since the SIL had to work, I got to go along.  It was to be held at the ACTS Theatre, an intimate setting, located at 30 NE 52nd Street in Oklahoma City.  It was to begin at 2:30 with hot and cold hors d’ oeuvres and beverages including water, soda, and wine but we thought it would be sparse so we stopped and ate lunch prior.  We should not have done that because it was a full on buffet spread that was lovely! 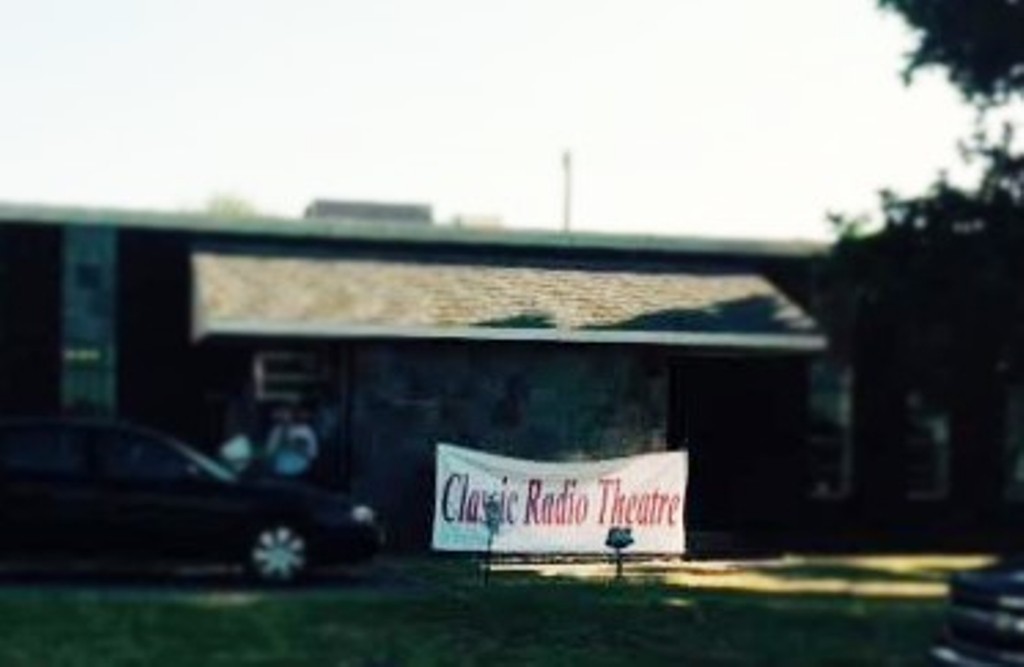 I got a little of a salad that tasted divine so I asked the lady who seemed to be in charge if she knew the recipe.  It just so happened she was the maker of the salad so I got a full list of ingredients and decided to share the recipe on the blog as soon as I perfected it at home.  It tasted a bit familiar like a salad from the 60’s or 70’s and sure enough, mom said it was offering her memories of what was in it – so what we’ll have in a moment is a combination of both but first I want to tell you all about the Radio Show.  While the ticket was free, Top Girl won it fair and square so no one “paid” me for this review – I just enjoyed the afternoon so much I wanted to share it with you. 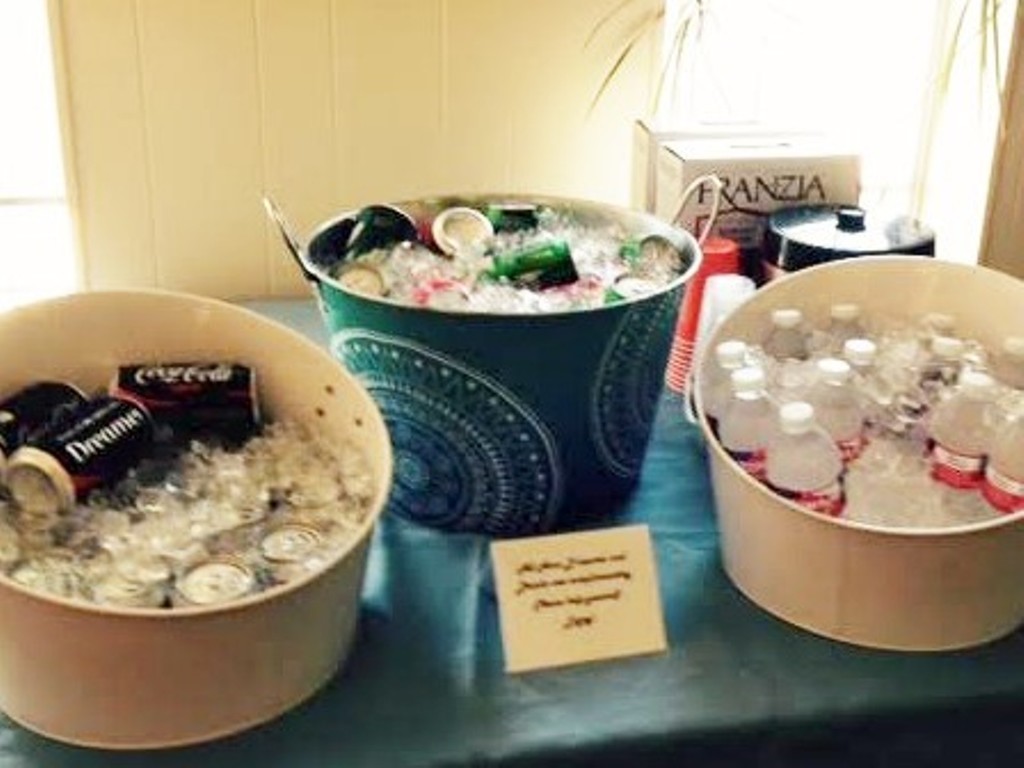 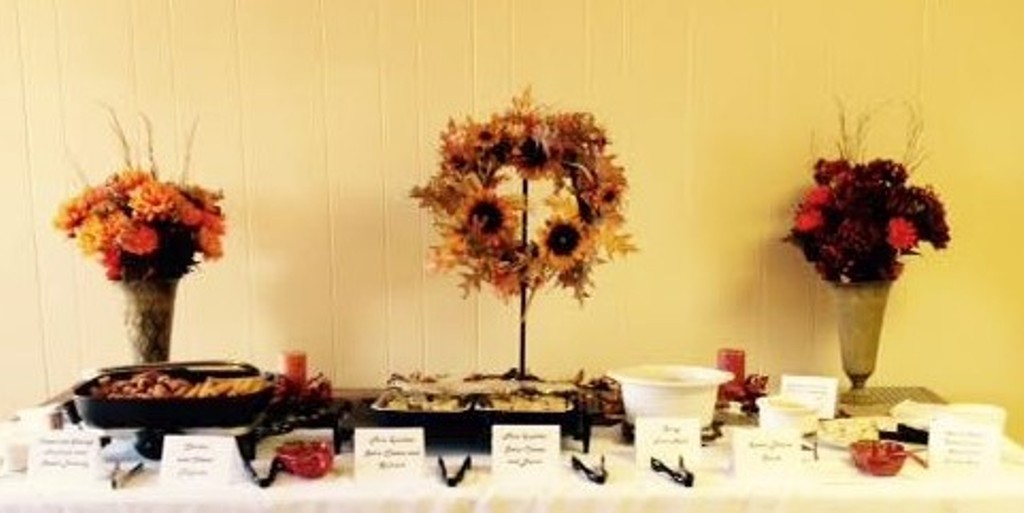 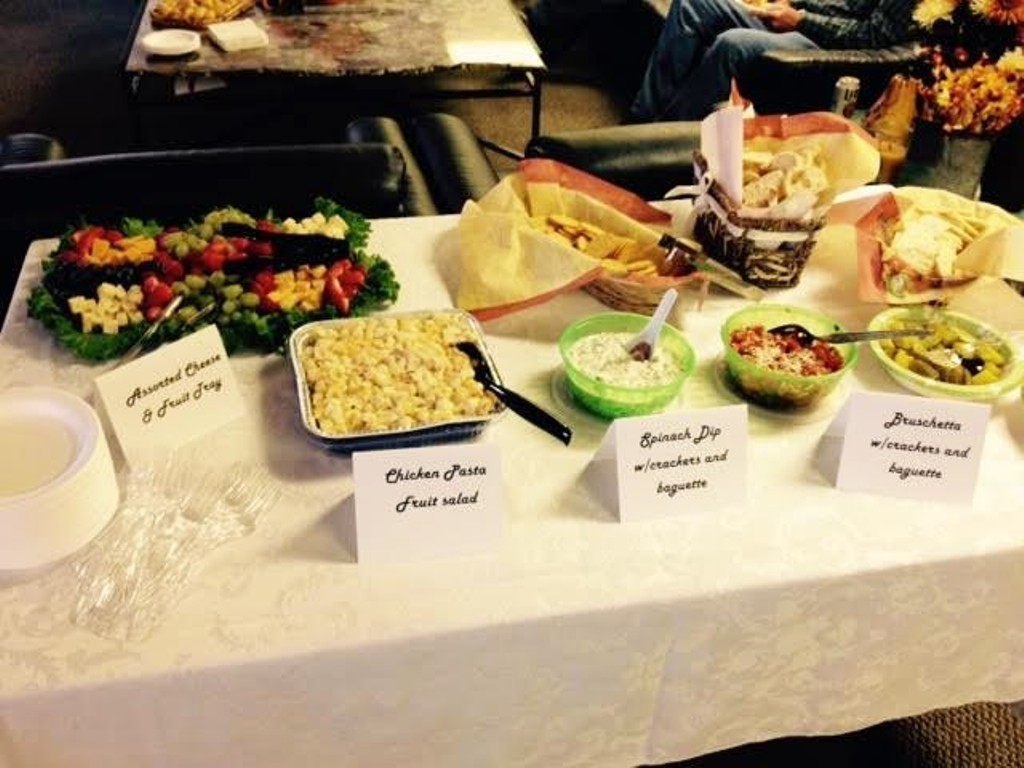 The theater seats about 40 or so people and it was full.  There was an announcer (Randy Kemp) who sounded just like the TV announcers from game shows.  His voice was very expressive.  He called out all the players who happen to be some of the best character actors in our state.  They walked across the stage sitting in simple folding chairs behind three large microphones.  They performed selections from The Great Gildersleeve, The Shadow, Popeye, Five Minute Mysteries, Tennessee Jed and Fibber McGee & Molly.  They also serenaded us with commercials from Amour Hot Dogs and Brylcreem.  About an hour in, we were treated to an intermission full of more hors d’ oeuvres, soda and wine!  During that time we got to meet the benefactor of our tickets, Kent Jones – Program Director/Morning Show Host at KOMA radio station and also one of the performers.  He played many characters during the afternoon and was very convincing in his roles!

I used to listen to cassette tapes of old radio shows with my Nana when I was young so it was all familiar and comforting to me but it was a completely new experience for Top Girl.  There is something to be said for great voices taking you places you’ve never been (sort of like a bedtime story) while imagining yourself there as well as picturing the backdrop of each little scene.  My daughter and I both have (diagnosed) ADHD but neither of us was fidgety in the least.  They held our attention from beginning to end.  All actors were superb but I have to say that I was incredibly impressed with a man named Ben Hall.  In The Shadow, he played a very convincing hit man from the mafia and then during an episode of Tennessee Jed, he transitioned easily to the sheriff with a voice just like one of the actors on Rawhide.  He was just amazing! 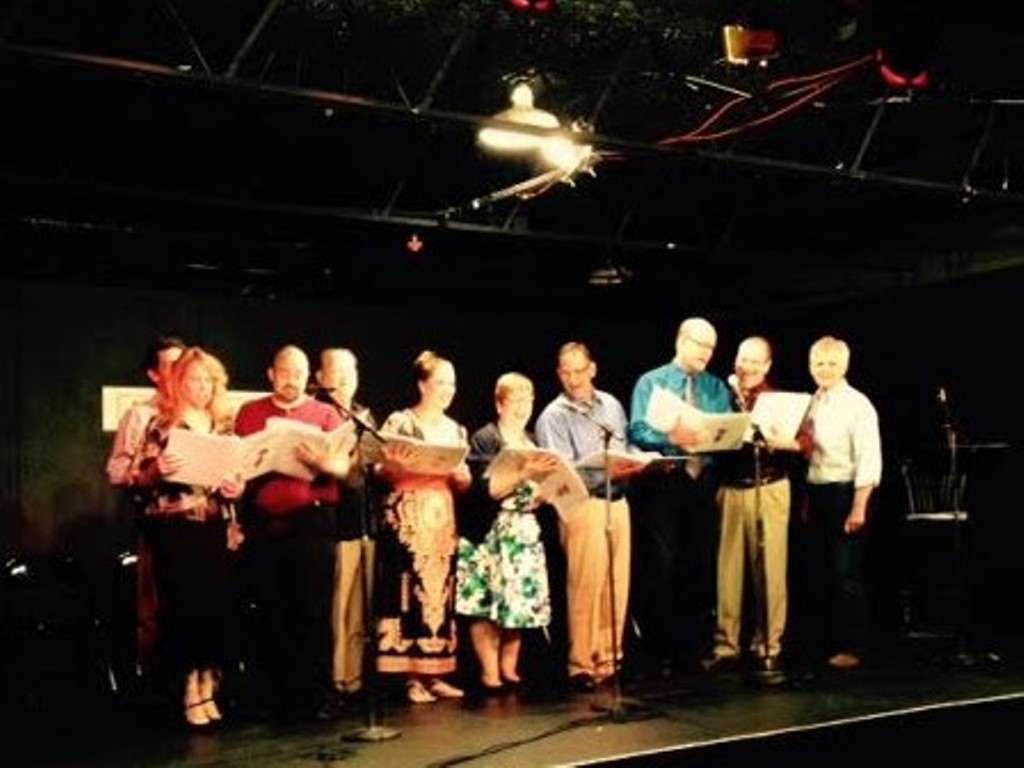 If you live in Oklahoma and somehow STILL need encouragement to go to one of these lovely performances, you must buy your tickets online at their website Classic Radio Theater.  They have several performances left this year, all on Sunday afternoons:  October 18, November 15, December 6 & 13, 2015.  We are taking mom back as soon as she is feeling better – I know she would love it!  Aren’t these photos great?  I want to encourage each of you to find out if there’s something this special in your area and then attend – you always need to support local artistic talent!  A big thank you to Kent Jones for providing us such a lovely mother/daughter Sunday afternoon!

Now, let’s get to this fabulous and incredibly easy recipe.

1 – 12oz. can of chicken breast meat, drained (or you could use rotisserie chicken or leftover chicken)

2 stems of celery, cleaned and chopped

A handful of pecans, roughly chopped

1 Tablespoon poppy seeds, with more for topping – or you can use sesame seeds

Mix together the mayo, Miracle Whip and Lawry’s – set aside.

Gently mix together all the other ingredients and then gently fold in the dressing.

Set in fridge for at least 2 hours.  Serve with more poppy seeds on top.

It tastes savory with crunch and just a pop of sweetness and occasional tartness in every bite.

It is great to take to church suppers or office potlucks – I hope you will try it.

Make the pasta and if you live in Oklahoma – go see the Classic Radio Theatre!  If you don’t, find one near you and support it, you won’t be sorry!

I’m partying over at Weekend Potluck – come over and check it out! 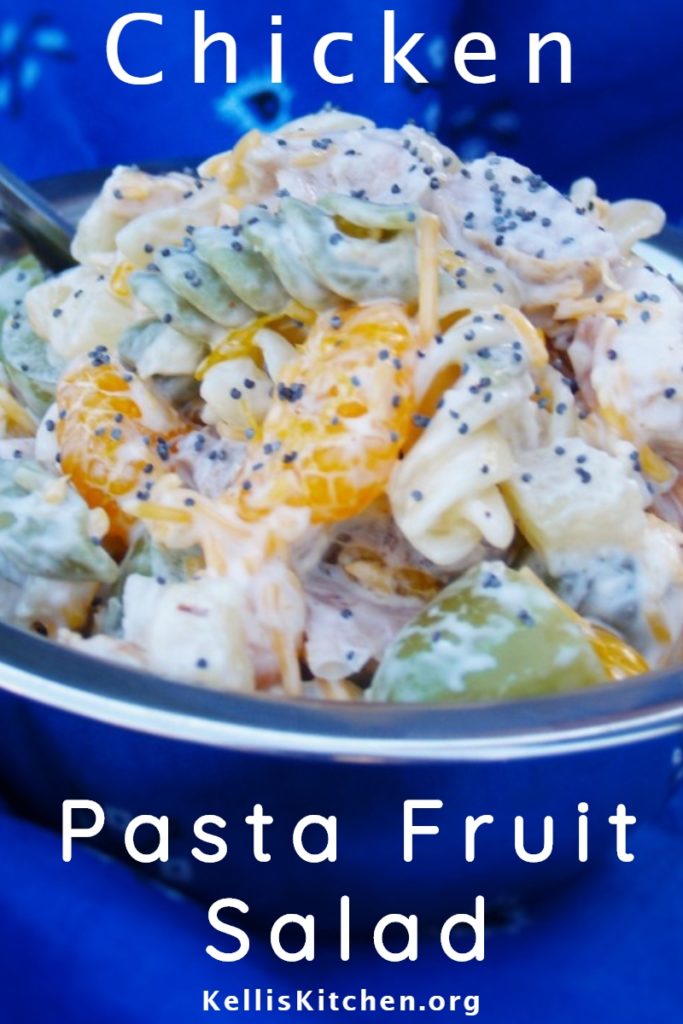