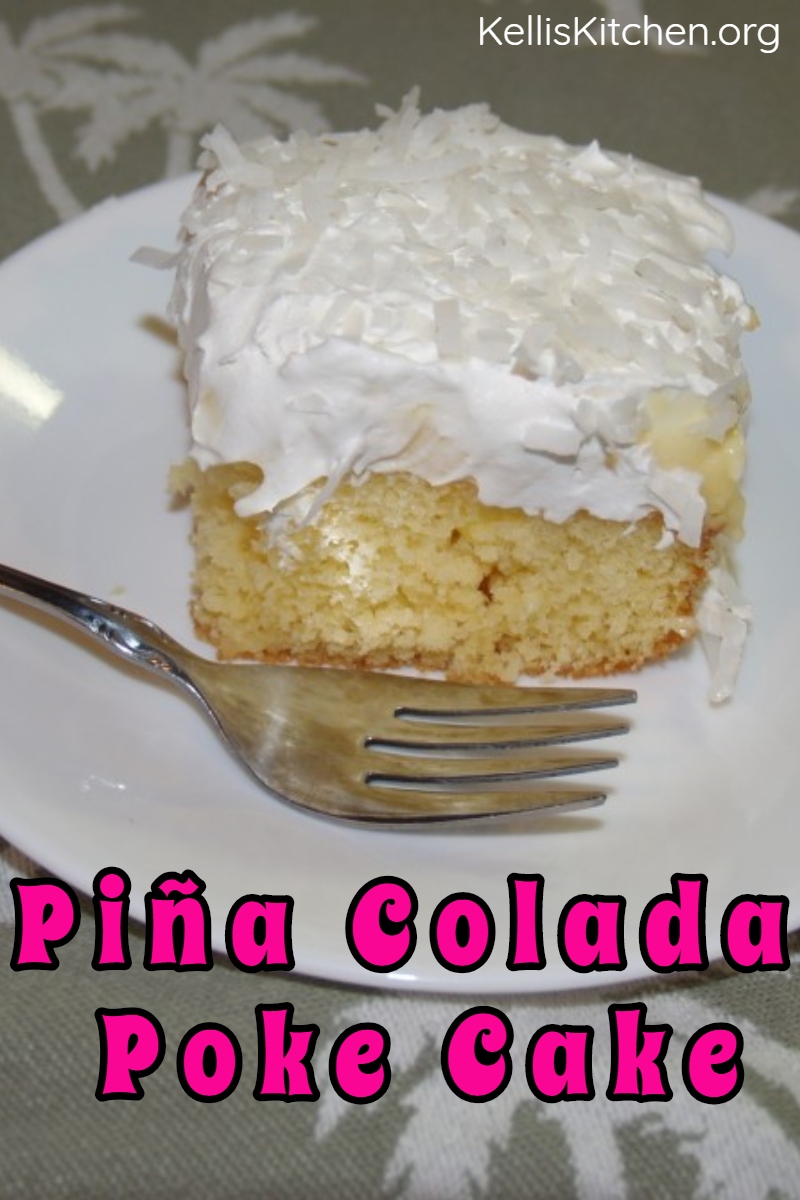 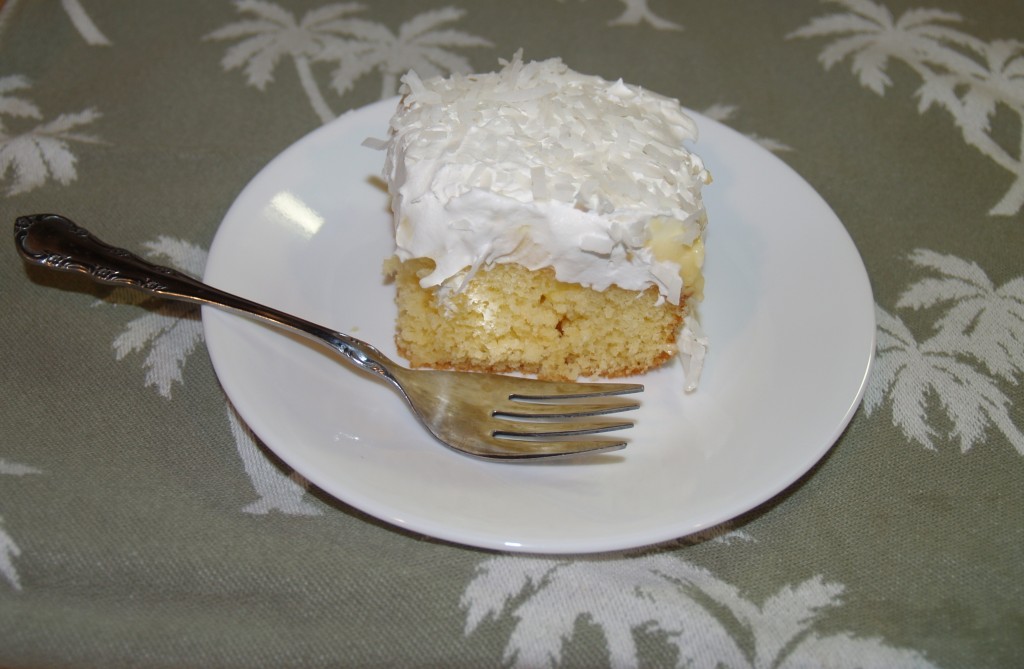 A few weeks ago I made a Banana Pudding Poke Cake from Brandie over at The Country Cook. Mr. Picky-eater had never even heard of a poke cake at the time. Since, I have made 2. He loves them. At the grocery, I was standing in the cake and pudding mix aisle trying to decide what dessert to make for 4th of July that would be cool and refreshing. Cake mixes were on sale so I was going to stock up anyway when I ran across a pineapple cake mix. I picked one up in the many I purchased because I love pineapple. I moved on down the aisle to the pudding mix. I was going over each box looking for strawberry crème – which is hard to find here – and I saw coconut crème pudding. I picked up 2 boxes thinking I could fix something with the sweetened coconut I had at home. Then, I had an idea: I’ll make a pina colada poke cake! Pineapple cake, coconut crème pudding, and cool whip sounded great! I was sure someone had thought of it before, but I had never seen a recipe so I felt pretty good that it was my idea. It turned out wonderful……

Here are the ingredients you will need:

Prepare the cake as you normally would and let it cool for an hour or so:

Poke holes all through it: 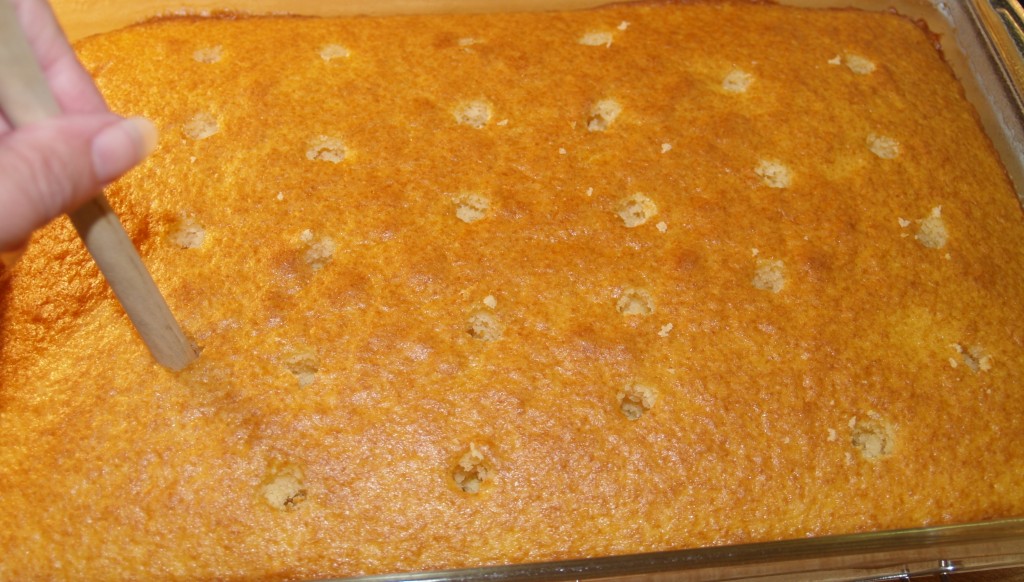 Mix up the 2 boxes of pudding as directed: 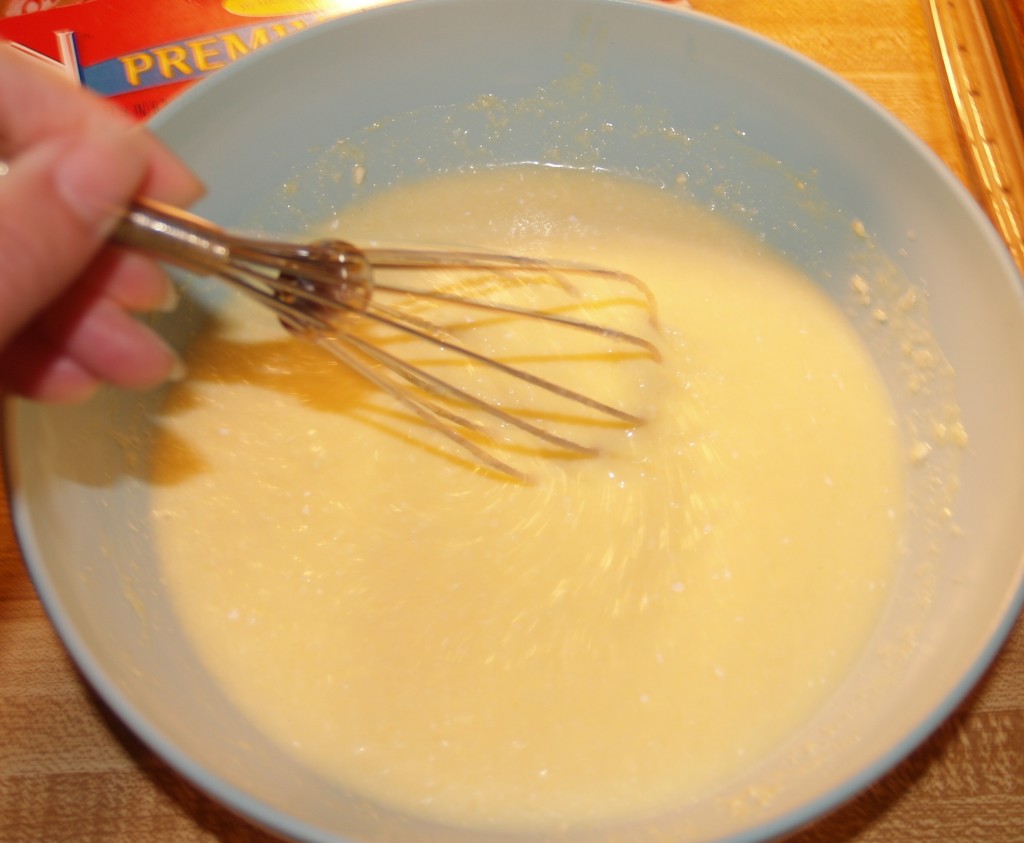 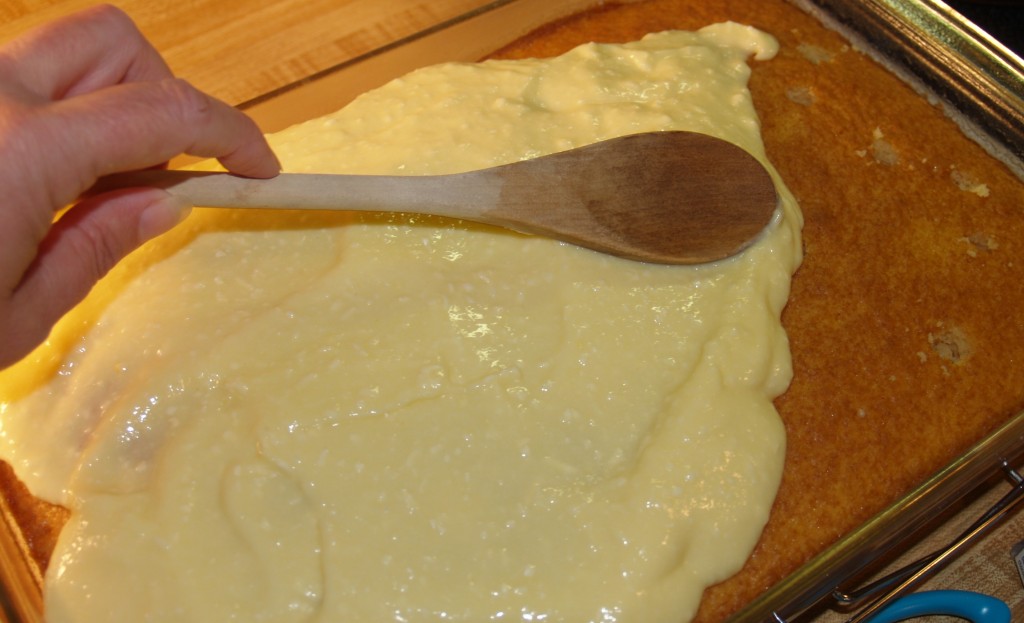 Put toothpicks in cake, cover with Saran Wrap, and place in refrigerator for a few hours until it sets: 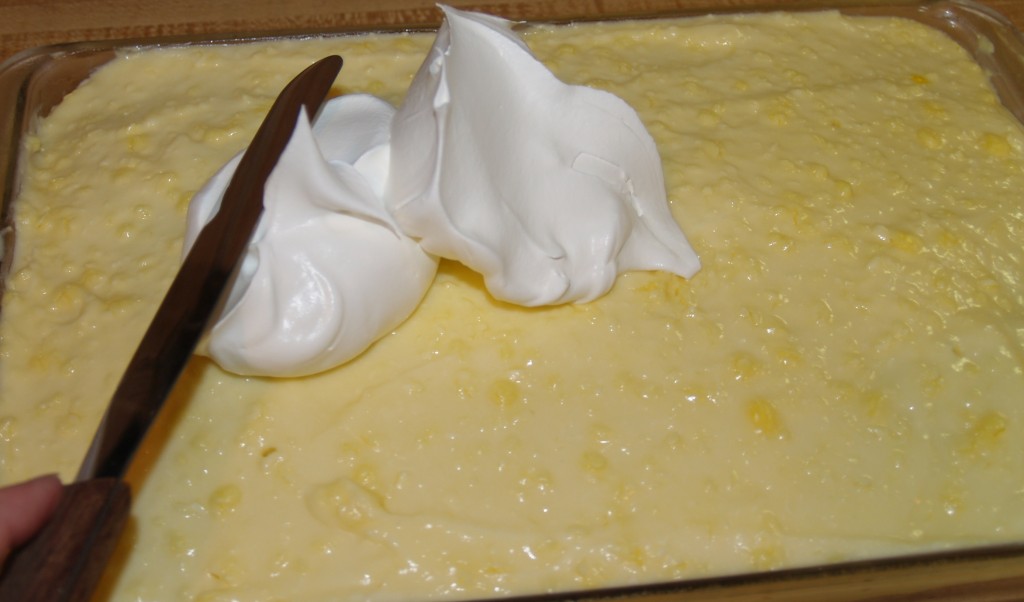 Sprinkle sweetened coconut (toasted if you like) over top: 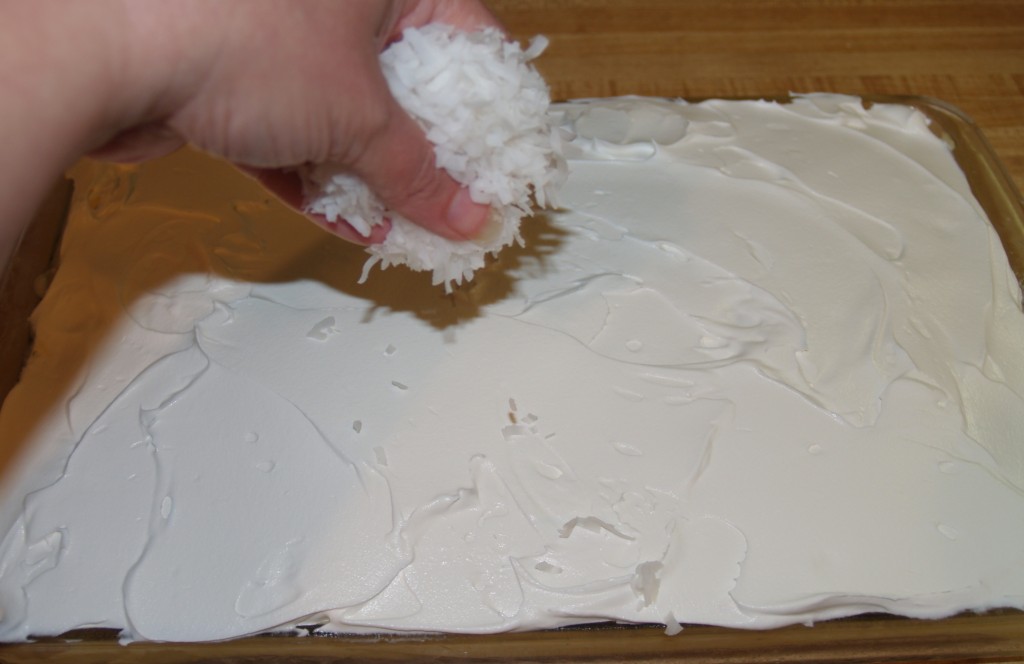 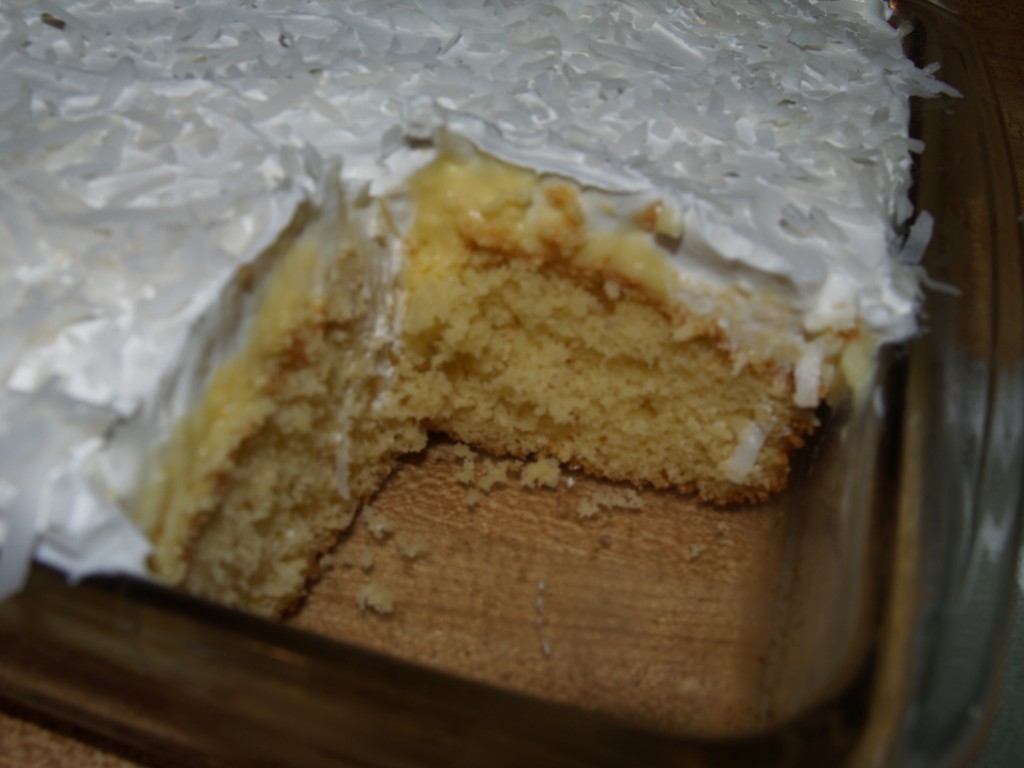 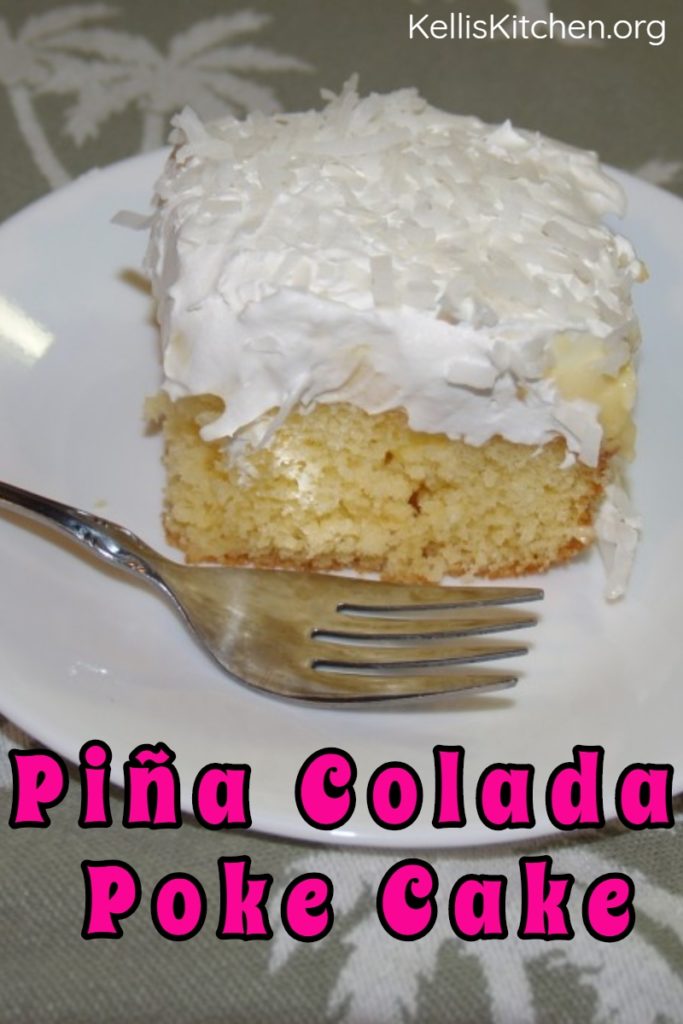