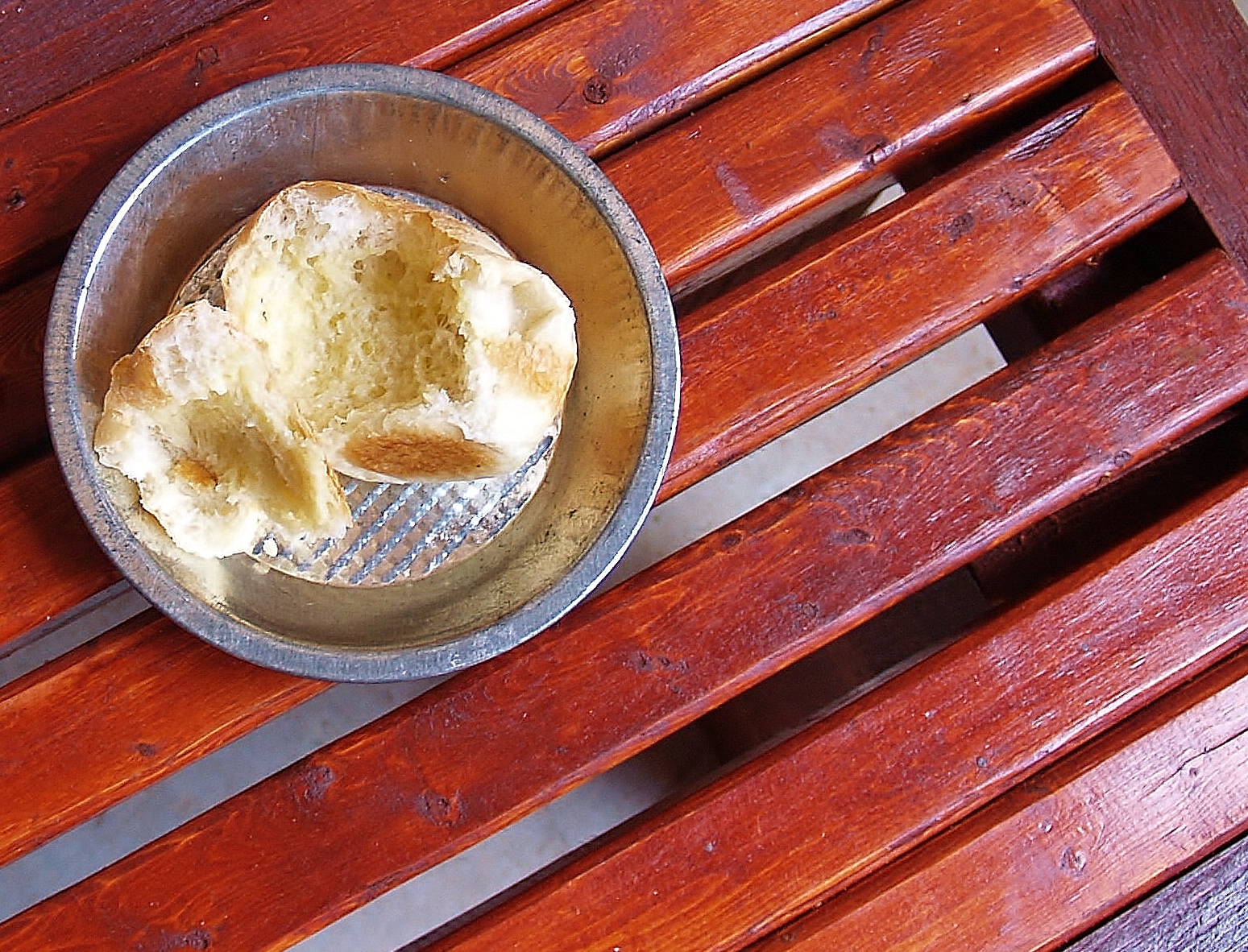 Back before I knew the correct way to pin on Pinterest, whenever I saw a picture on there I just pinned it. There I was for months pinning away willy nilly whatever struck my fancy, didn’t matter. If it looked good I pinned it. Then I met some bloggers on a closed group called the Food Bloggers Network. I met many but four of the women in that group have become very special to me: Anita at Hungry Couple NYC, CJ at Food Stories, Stacy (our world traveling friend) on Food Lust People Love, and Joan at Chocolate, Chocolate and more. I will tell you why too!

Anita of Hungry Couple NYC besides having THE BEST macaroni salad recipe on the face of the earth, is one of the funniest and most talented women I have met on the Interwebs. She lives in New York City and taught me the value of cooking with buttermilk. She gives us a glimpse of Mr. and Mrs. Hungry Couple’s life in the Big Apple all the while cooking up healthier-for-you food and photographing it in beautiful hues of hot dog and apple pie almost like it was an afterthought. Meh – no big deal . Ha! It is a VERY big deal to take pictures like that. I think she is the Hua Mulan of NYC. You know, Mulan from the Ballad of Mulan, not the Disney character.

CJ whose blog is Food Stories, lives in California and is a nurse. In fact, she is a nurse boss nowadays. Her blog is where she showcases other’s food photos and allows them to tell their own story about food. She is meticulous about her own diet and her photography makes that healthy food look tasty. Humbleness is CJ’s character trait. My co-workers are now laughing – our agency supports this company that promotes the “good” character traits and also tells us what the opposite one is. Sort of like Gus and Gallant from childhood “Highlights” magazine. Our division director gives us a certificate with what he deems as our good character trait each year on our work anniversary. I nearly always get “Creative”. I suspect after all these years he must not see anything else redeeming about my sparkling personality.

Stacy currently lives in Dubai writing her blog Food Lust People Love. She has lived all over the world I think and the coolest thing about her blog is that she prepares dishes from all those places doing great tutorials so you aren’t afraid to make it too! She is so kind and generous. I’ve never even heard her be snippy. Her oldest daughter just graduated from art school – it happens to be a place I dreamed of attending as a teenager – we were invited to watch the graduation online so I, Mr. Picky Eater and Rocket watched. Rocket stood on the floor holding onto the couch dancing during the entire professor’s processional as well as the student’s. This was not your regular Pomp and Circumstance march. When it was over, MPE said I really should have gone there – it was just my style. Now her daughter is living in Soho! Geez, I think her life is a movie sometimes!

Joan lives in Georgia so I am sure that in another life she and I were Julia and Suzanne Sugarbaker – I’m the older mouthy one and she’s the younger pretty one. She writes Chocolate, Chocolate and More baking sweets that actually make me get up and rummage around in the kitchen to see if I have the stuff to make some too even if it is midnight. Seriously. If it is chocolate, Joan can make it and it is going to be gooooooood! Joan is pretty. Wait, is that a character trait? Ha! I just made myself laugh. She makes homemade Nutella…….and some salted dark chocolate cookies that are both to die for! Actually her character trait is integrity. She’s got it in spades. I love her for it too – it’s not the fake sitting at the front of the class, spying and then telling on her classmates – it real down to earth honesty laced with brownies.

These four women taught me that when you pin, you should click through to get to the original post and pin it from there that way you don’t chance it being stolen material. Many of their recipes and photos have been high jacked by less than scrupulous Face Bookers, Bloggers and Pinners. But like I said in the beginning, I didn’t do that at first. While I have gone through and cleaned most of that up, I haven’t gotten to it all as in the case of this post!

A long time ago on my board “Food DIY” I pinned this really cool picture of bread rising on a heating pad. I thought that would be perfect at our house because we keep it COLD in here so unless I turn on the oven to 170 F and then turn off the oven when I put the bread in like Brandie at The Country Cook put in a post once, they just won’t rise. When I pinned it I thought I would come back later and read how it was done. This weekend I did just that and when I clicked on the picture the big exclamation point came up telling me the post had been reported stolen or spam. No directions! But I soldiered on deciding I would just make it up as I went.

Here’s how it went:
Bring out the heating pad and turn it on high.

Then drop the frozen Rhodes dough balls into muffin cups that have been liberally sprayed with non-stick spray then cover with sprayed Saran Wrap or non-stick Reynolds Wrap for 2 hours. 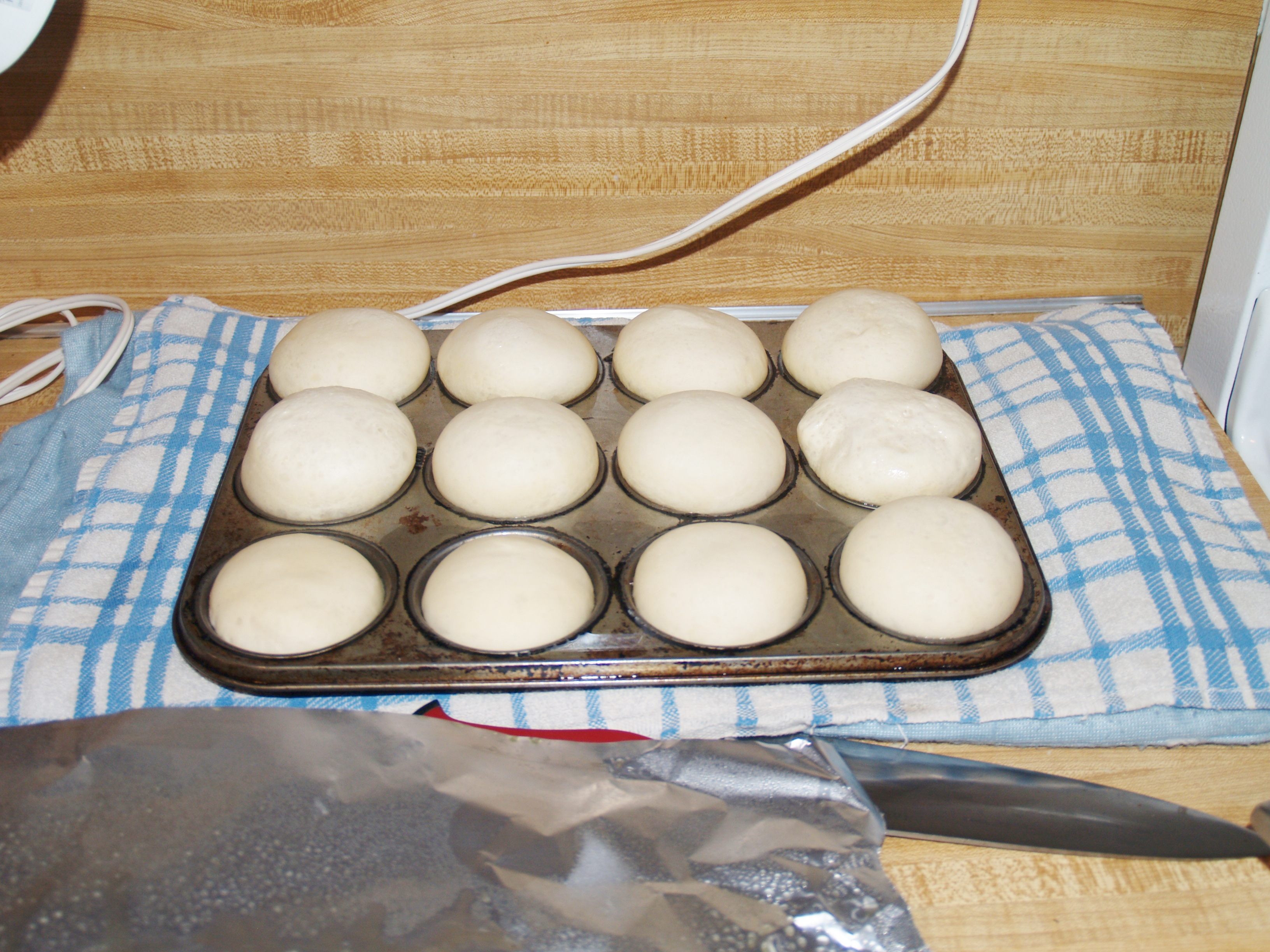 Cook in a pre-heated 325 F degree oven for 15 minutes and you have rolls! 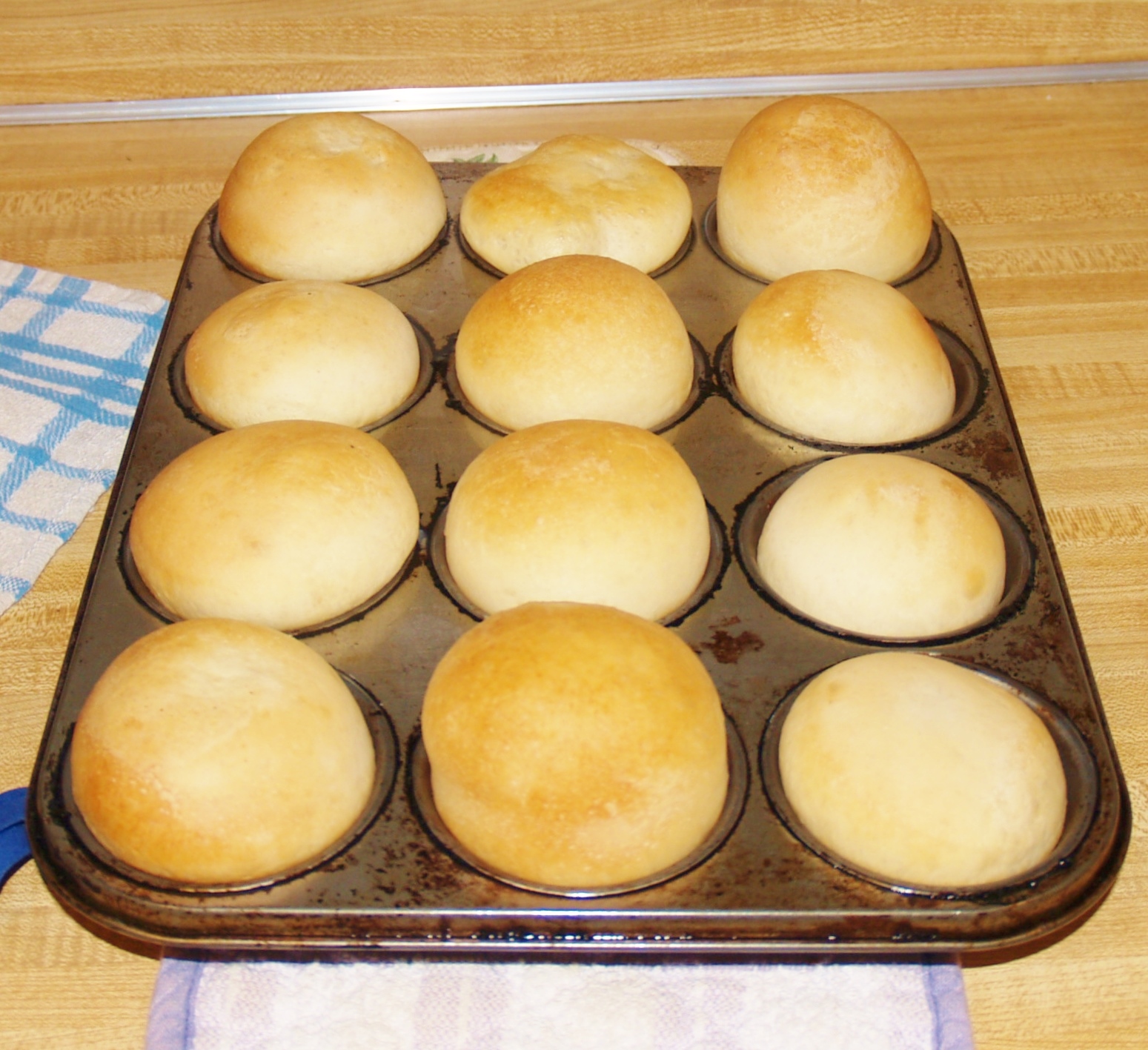 I love cooking with my heating pad! 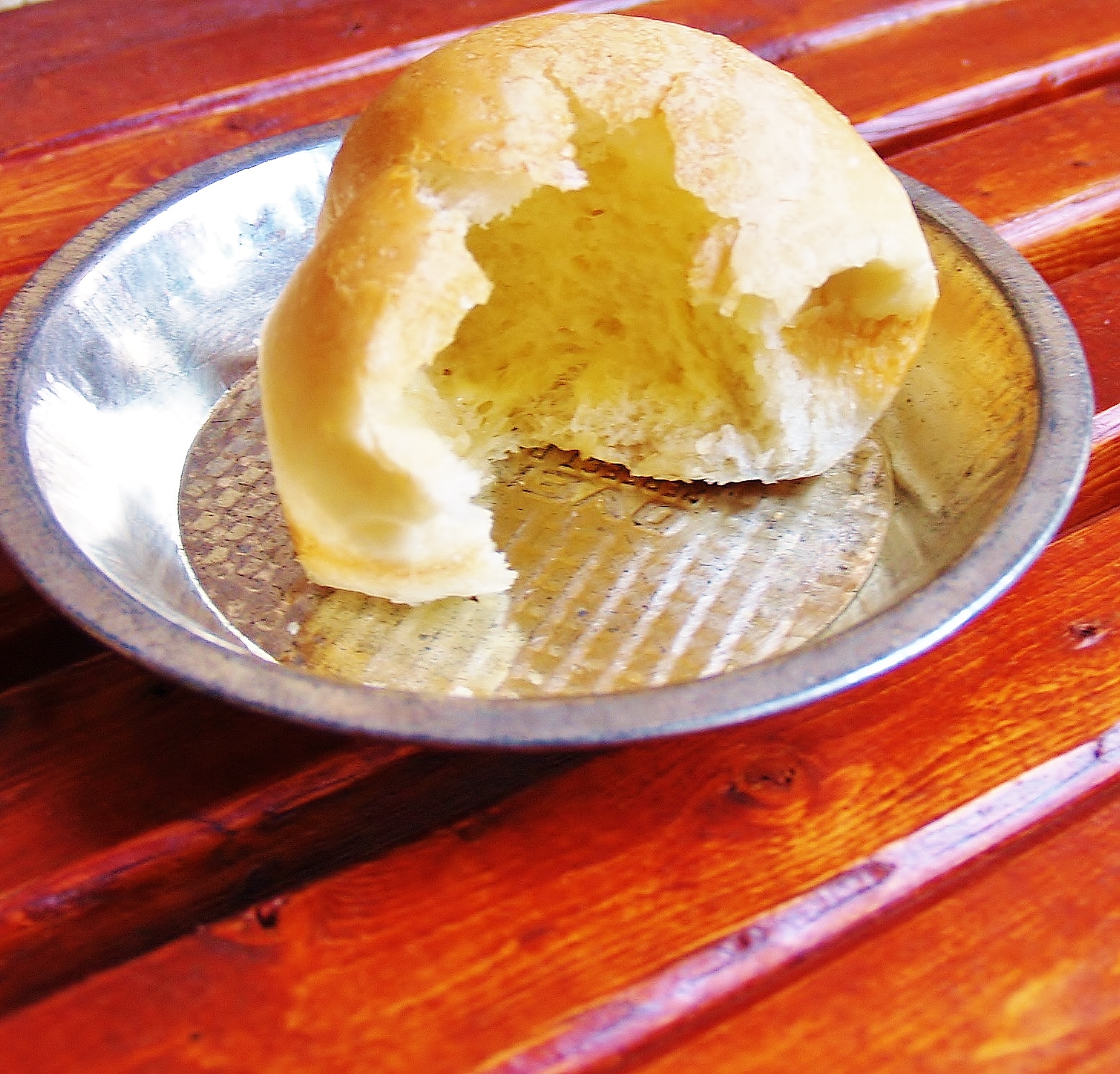 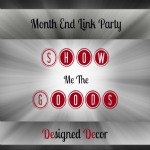 Show Me the Goods Party!