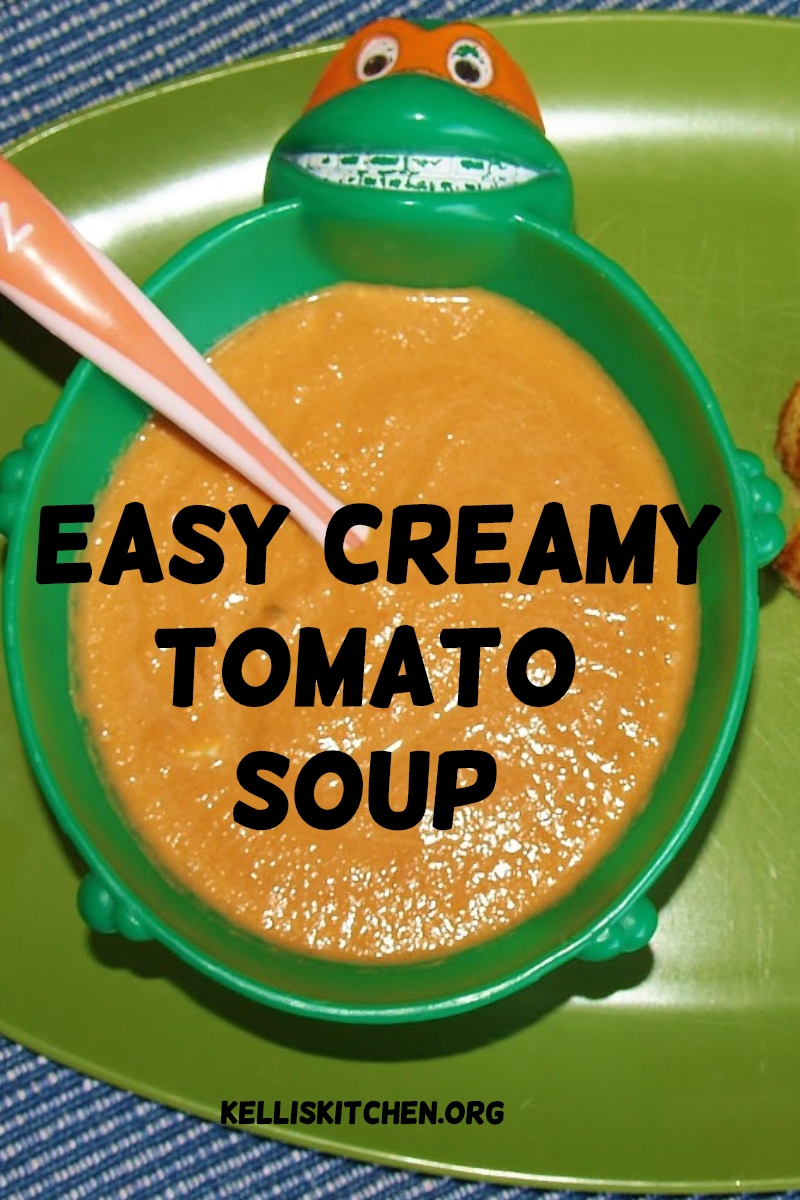 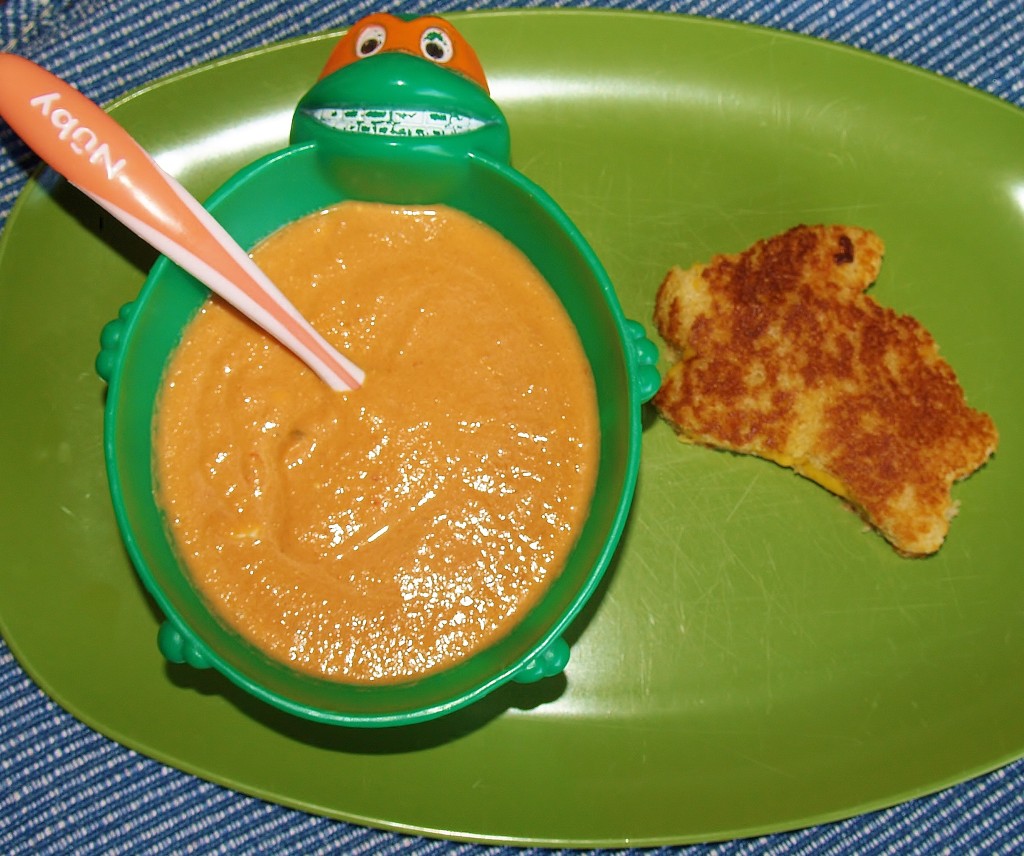 This is going to be a little different because while I am making Tomato Soup, it is solely for Rocket. He will be 10 months old in a few days. During his first few months, he was in the bottom 3% in weight for his age group. He was eating but extremely active. AND, his mom is a rule follower. She follows all the rules and I break all the rules – it’s always been that way and I suspect it always will. Rocket’s physician told them to “offer” so much formula every so many hours and that’s what they gave him. He wasn’t suffering but the boy is so active he was burning calories even in his sleep. When he would come to PaPa and Cookie’s house (that’s Mr. Picky Eater and me ) we would offer him as much formula – with cereal – that he wanted. Then he got older and we were the first to suggest and feed him baby food. Now he is supposed to be eating something called Step 2 food. He doesn’t like it and some of it has a preservative in it that makes him sick. He seems to be allergic to something served in Asian Restaurants as well – which makes me laugh because he’s a quarter Korean. I think it’s the MSG. His other grandmother’s food does not affect him that way because her food is prepared fresh.

So, when he came over here we would feed him food…regular stuff like mashed potatoes and scrambled eggs. He eats like a horse while he is here. Now, he has goulash, lasagna, eggs and bacon, avocado (a favorite), bananas, strawberries, basically whatever we eat Rocket will have some version of. Eventually he got sick so many times, his mom asked me to make up some food for him like homemade baby food for them to use at home. So, this is my recipe for tomato soup but I am just making it for Rocket. After I took the picture above, I ate every morsel of grilled cheese and tomato soup!
These are the ingredients you will need. I generally grow and put up my own tomatoes but those ran out long ago because Oklahoma is under a severe drought and this year may be even worse so we are restricted on the amount of water we can use on our plants thereby making fresh tomatoes in short supply. Canned tomatoes are fine. 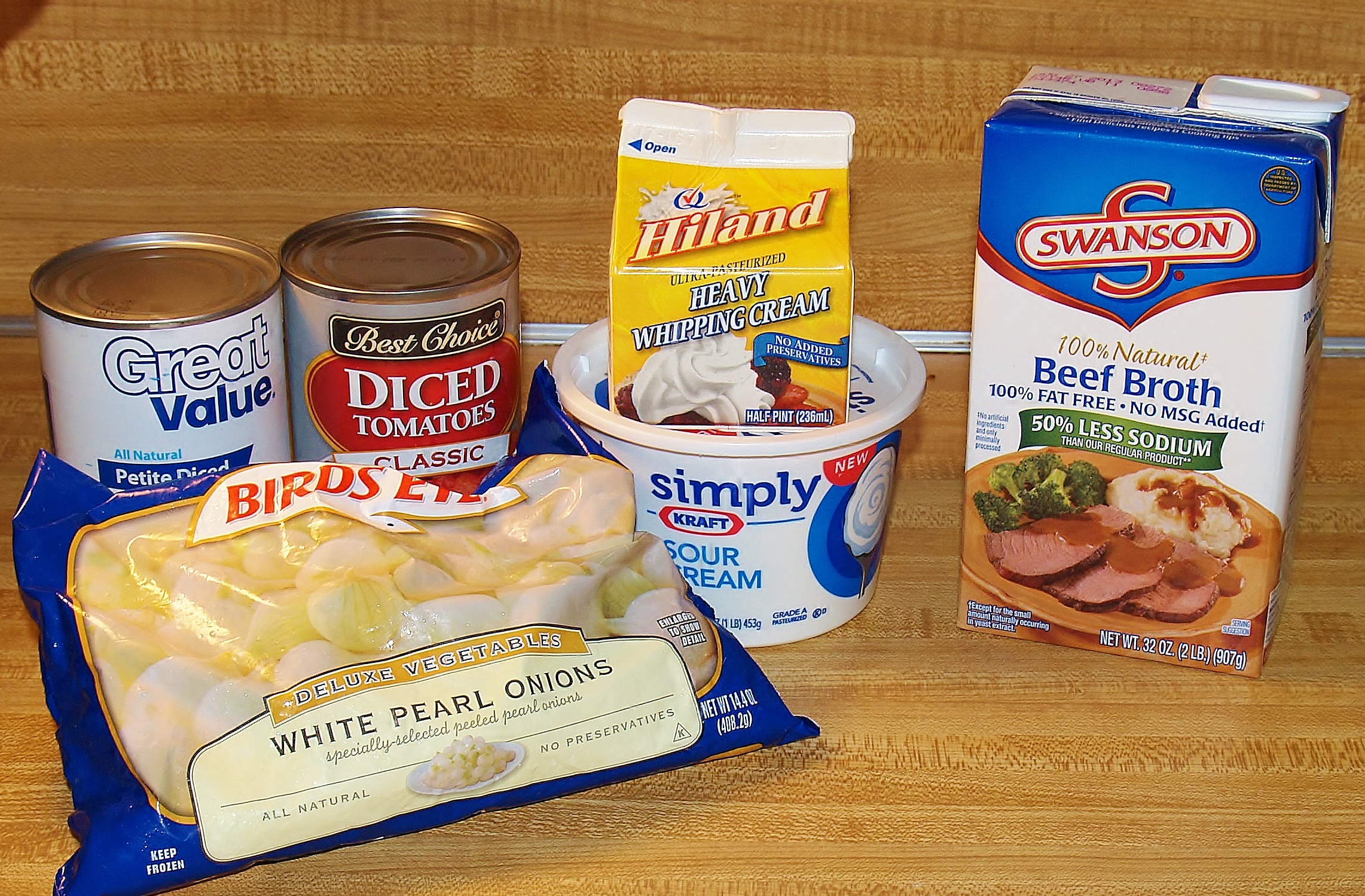 I put the tomatoes, onions, and spices in a skillet that I have fried bacon in the night before and then drained. 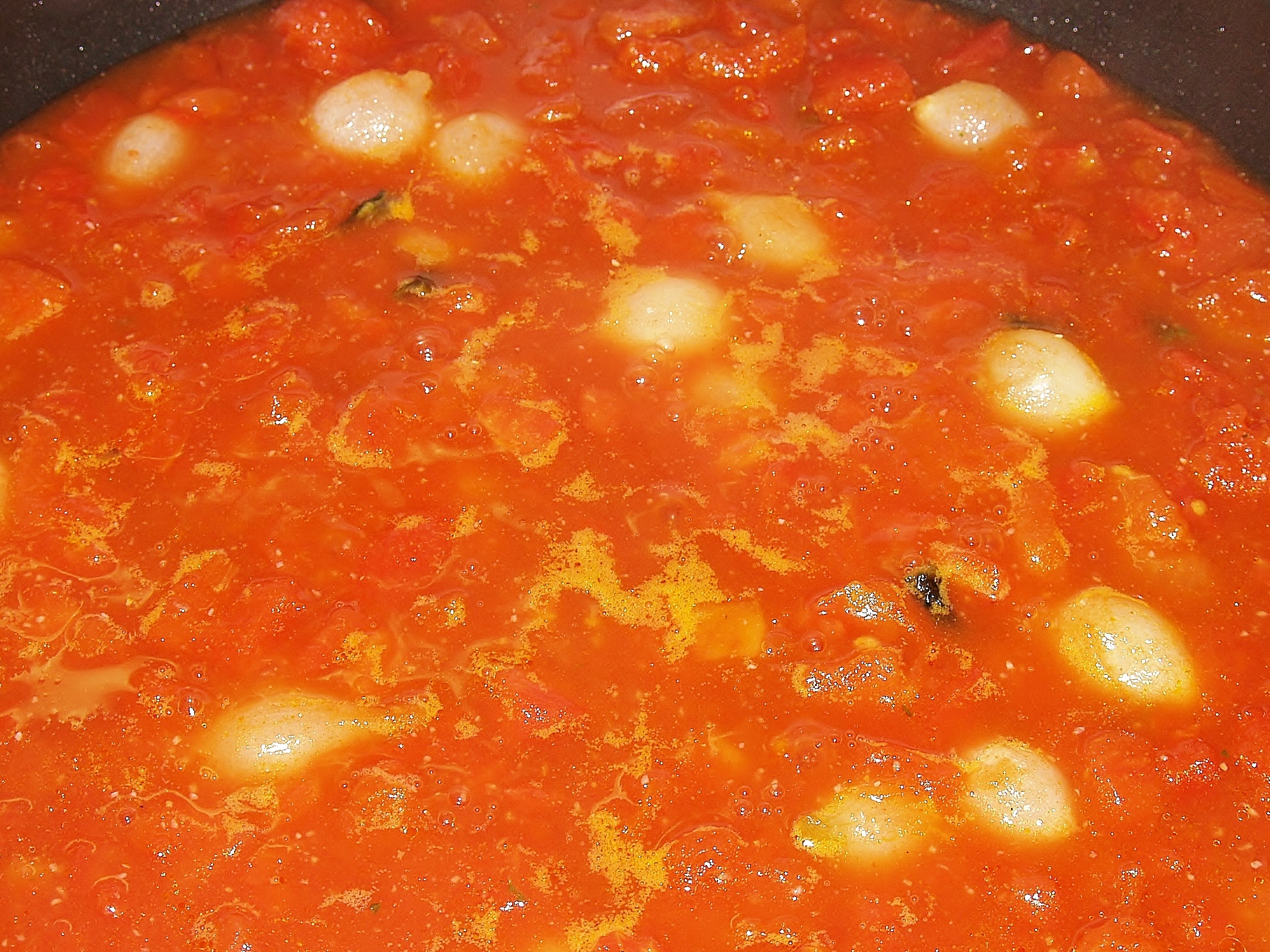 There is just enough left that flavors the soup. Let all that simmer for about 30 minutes. Then drag out the blender.

Put it all in there and puree the heck out of it!

Put it back in the pot and add ½ pint of heavy cream and 4 tablespoons sour cream. You don’t have to add that if you don’t like dairy or think it gives too many calories just put some more beef broth, buttermilk, or water. 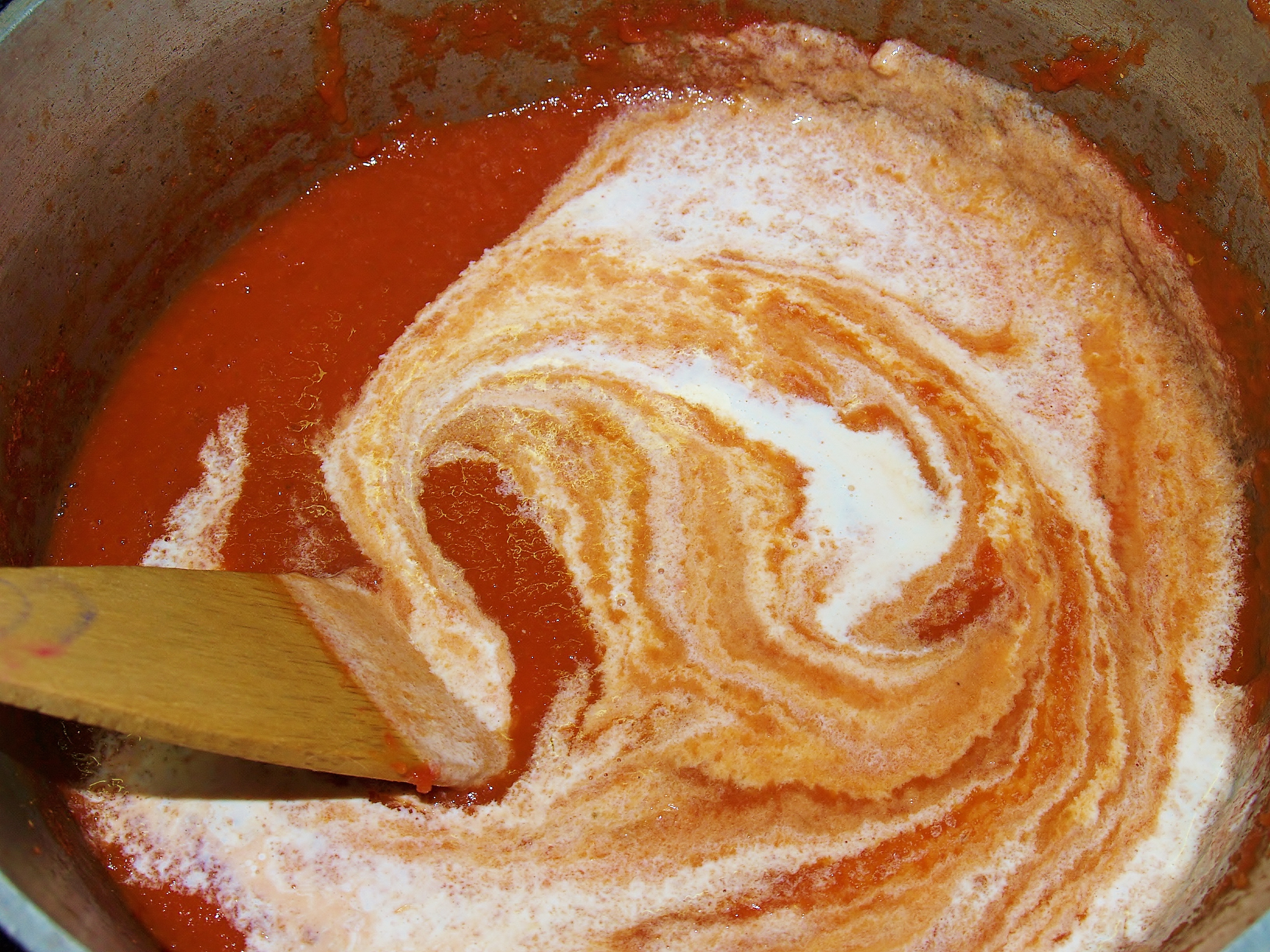 As I said, Rocket is very active and can use the calories efficiently. Let it simmer about 20 minutes more and you are done. I love this soup with a good grilled cheese so I made that for Rocket. Can you tell that’s a bunny shape? He will eat all of that and maybe some fruit. Whatever he can consume in between going 90 to nothin’! 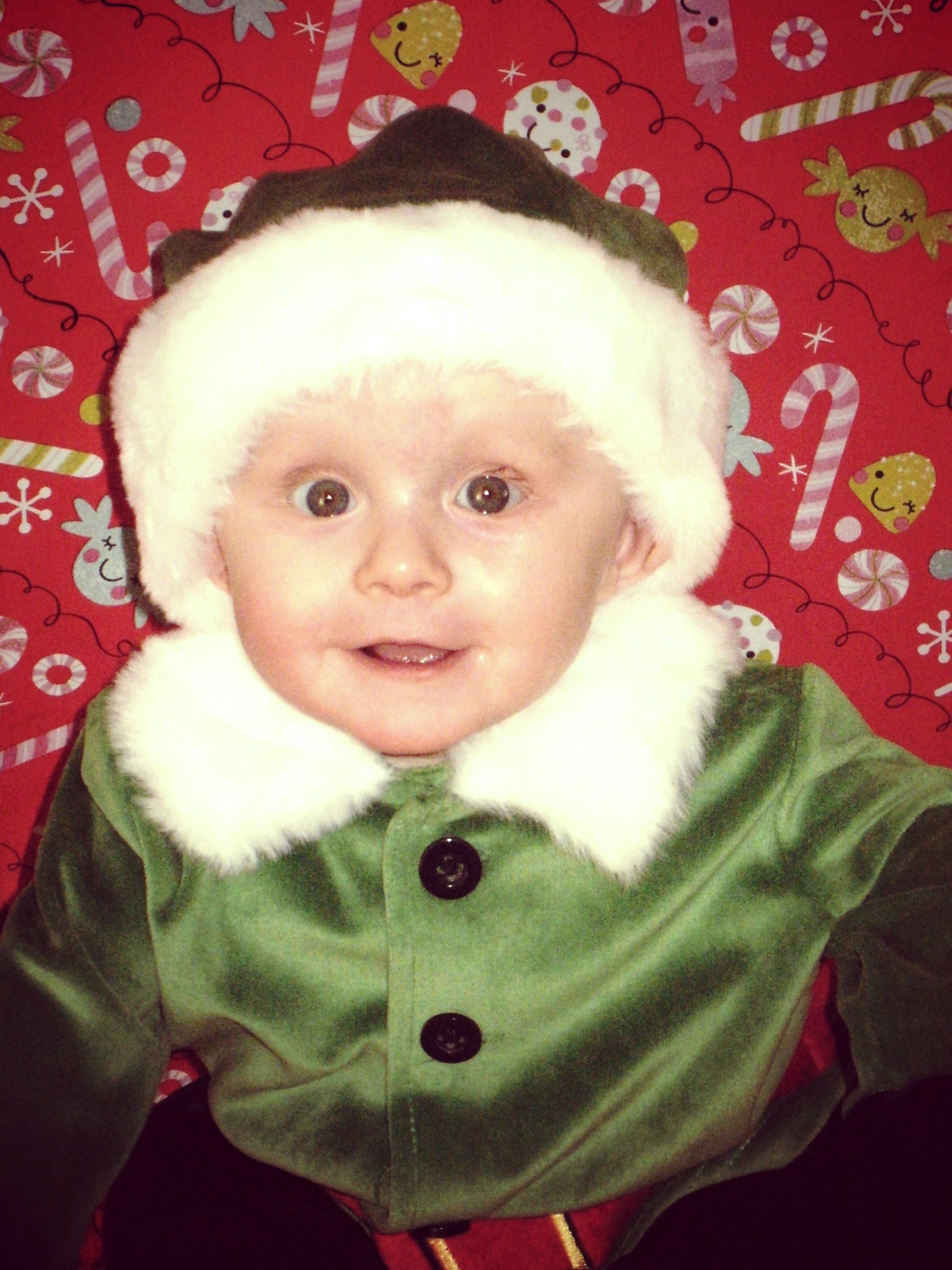 So, I had lunch and made six one-cup servings of tomato soup for my grandest son. I’ve been very productive today! 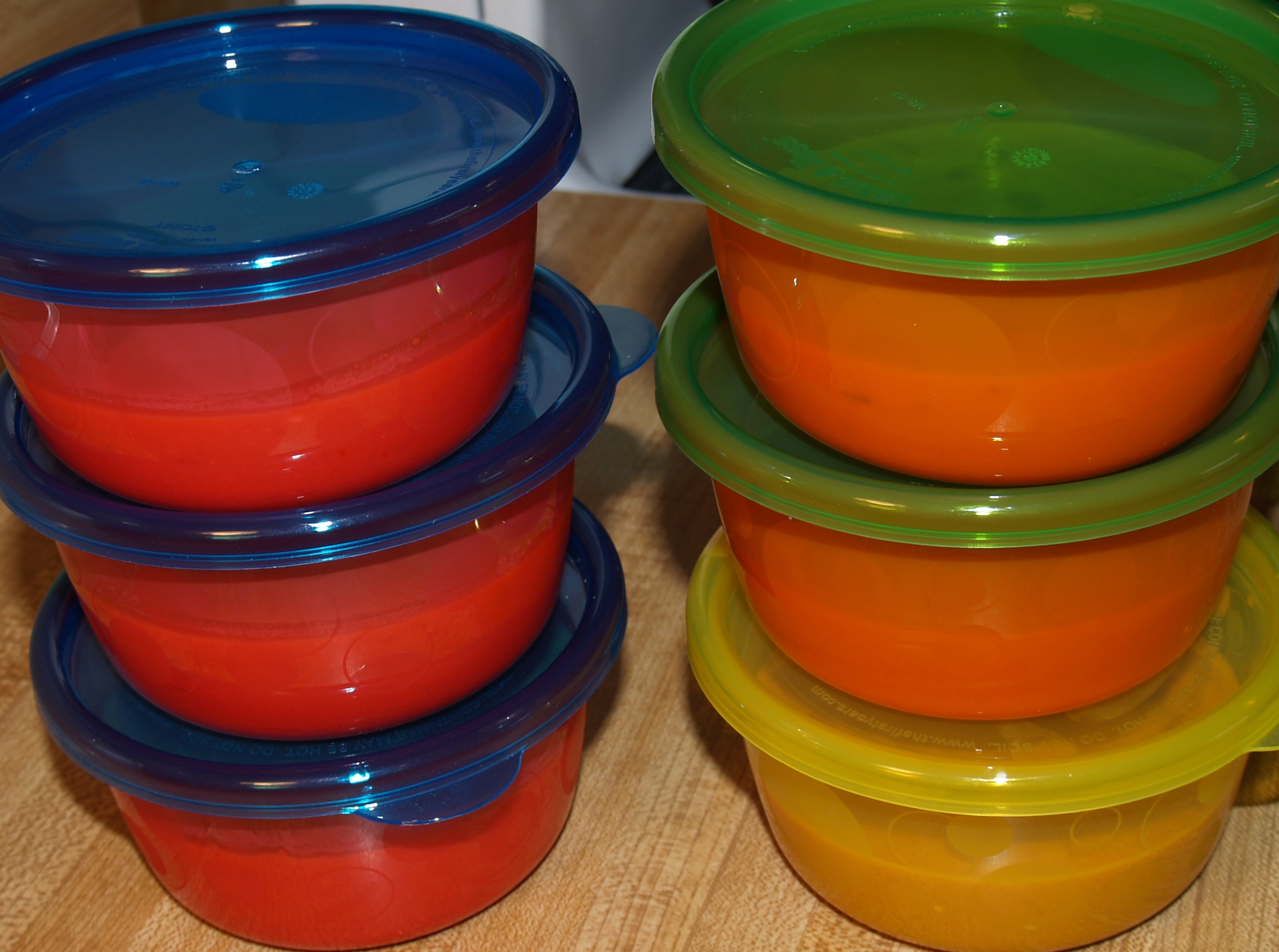 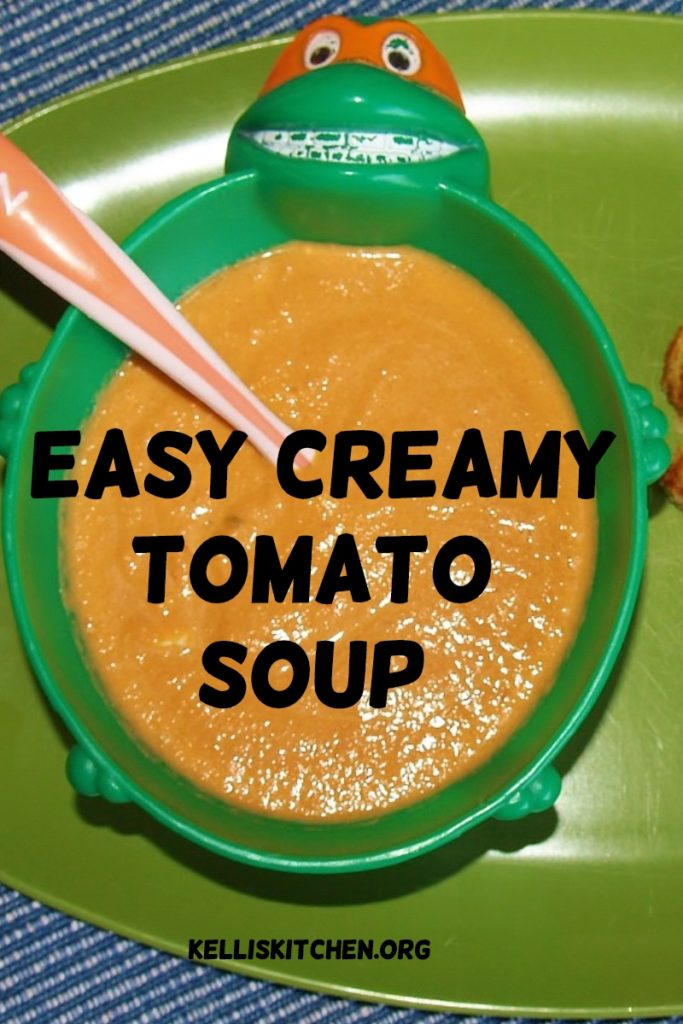