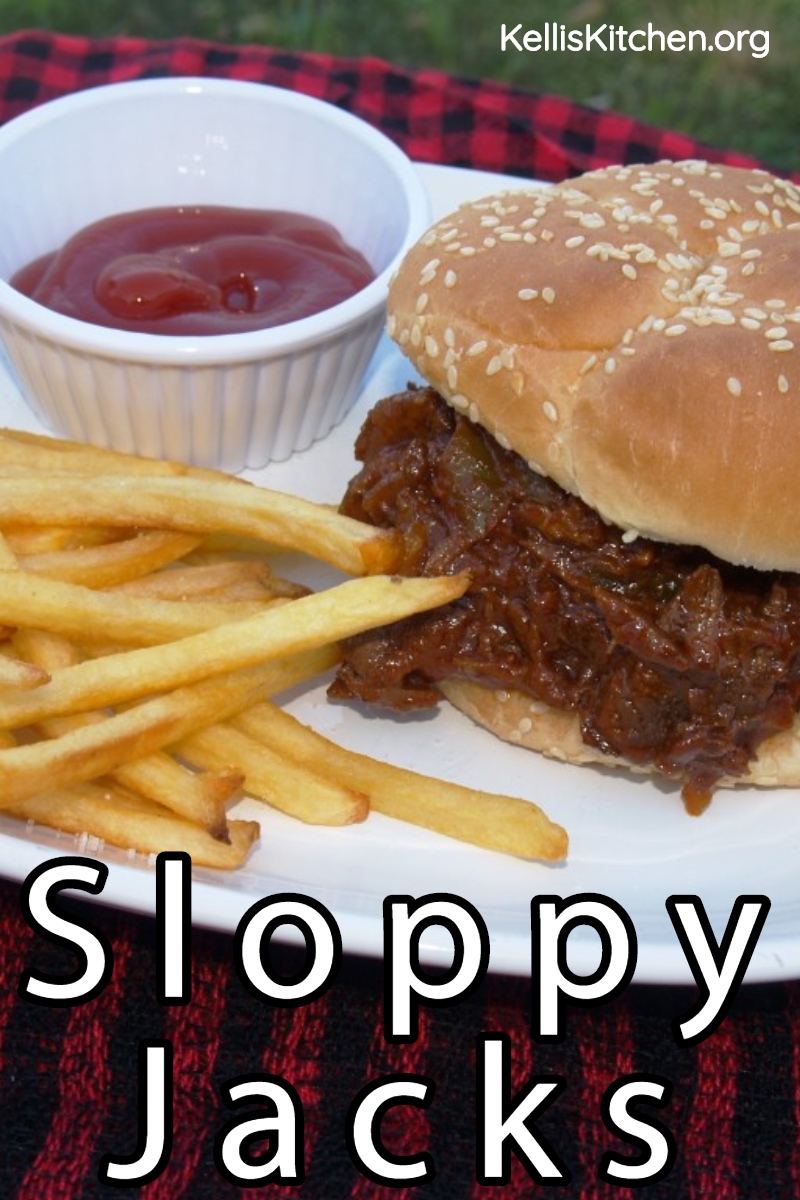 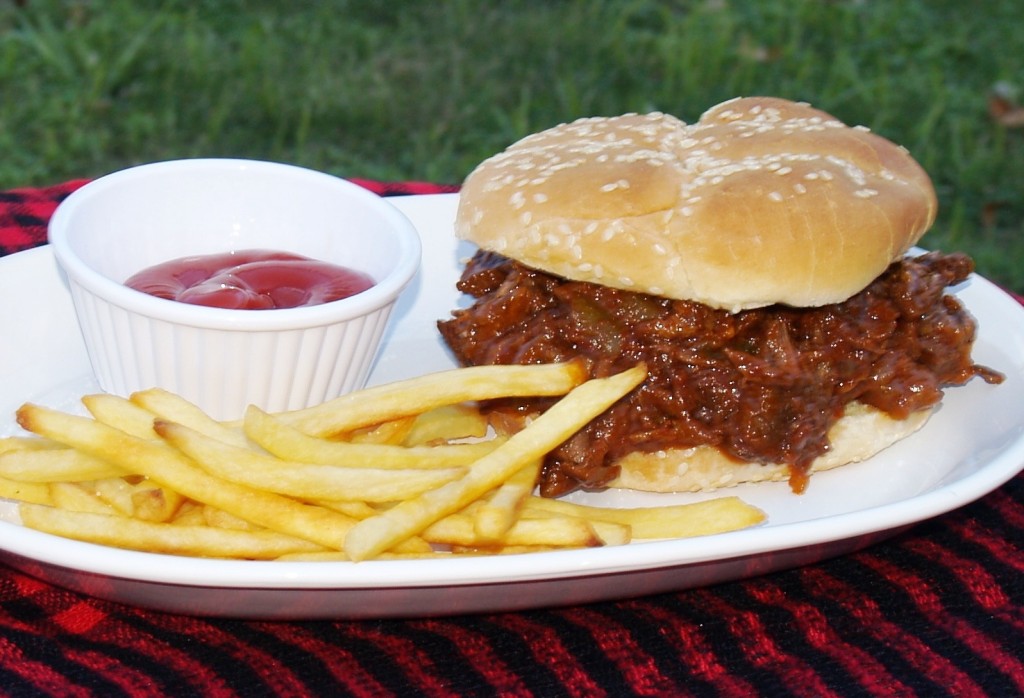 I hope everyone had a lovely weekend. We are preparing for yet another yard sale next Friday and Saturday so it has been a really busy day. I had planned to make beef ribs with a new BBQ sauce I got from a blogger friend of mine whose recipe I pinned. Then, when I got up this morning Mr. Picky eater told me he wanted a Manwich for dinner. So, I winged it. Decided I would make up a recipe instead using the can. I looked at the back of the Manwich can for the ingredient list and of the ones I could pronounce, it didn’t seem too hard. Ha! Turns out it wasn’t but Mr. Picky eater was NOT excited that I was going to make up a recipe. He said he felt it was a little early in my culinary career to be messing up perfectly good food and besides, everyone knew sloppy joes used hamburger meat and not beef ribs. I told him that if I thought THAT way, no one would have ever started calling me creative. Besides, this wasn’t merely going to be a Sloppy “JOE”, it would be a very manly sandwich – a Sloppy JACK, after my dad. He rolled his eyes and clucked his tongue at me – ahhhhhhhhh………..but he was so surprised! Truthfully, so was I.

First, I rather thinly sliced up the 2 lbs of beef ribs and browned them: 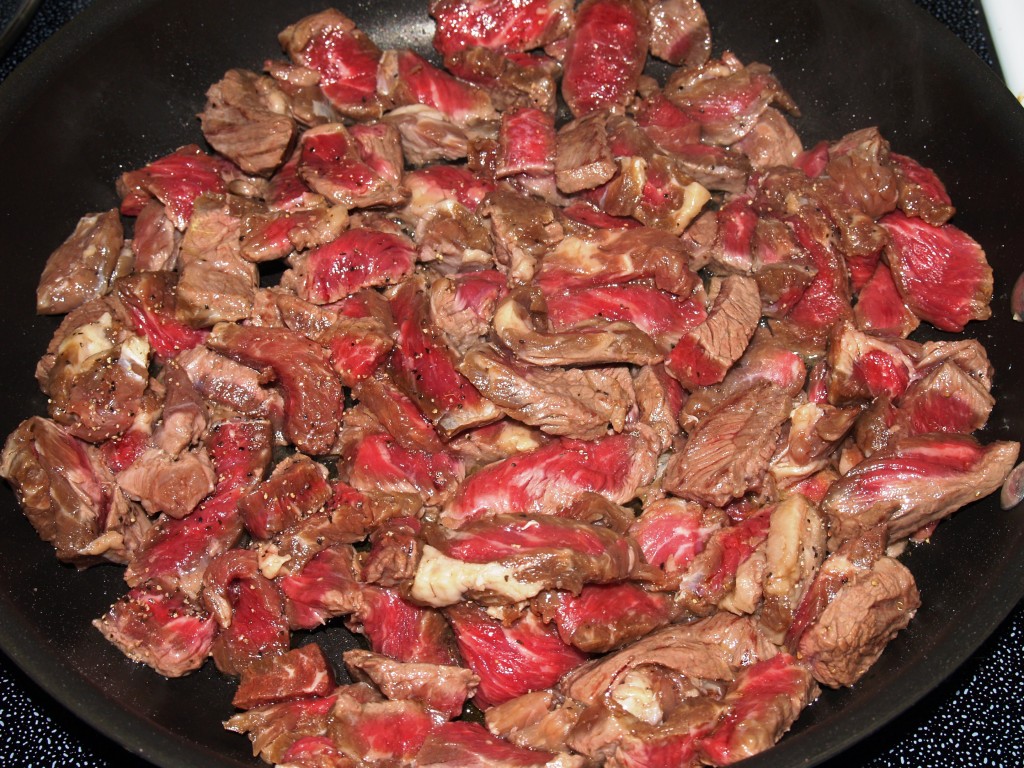 Then I added the green pepper, onions, celery, and garlic: 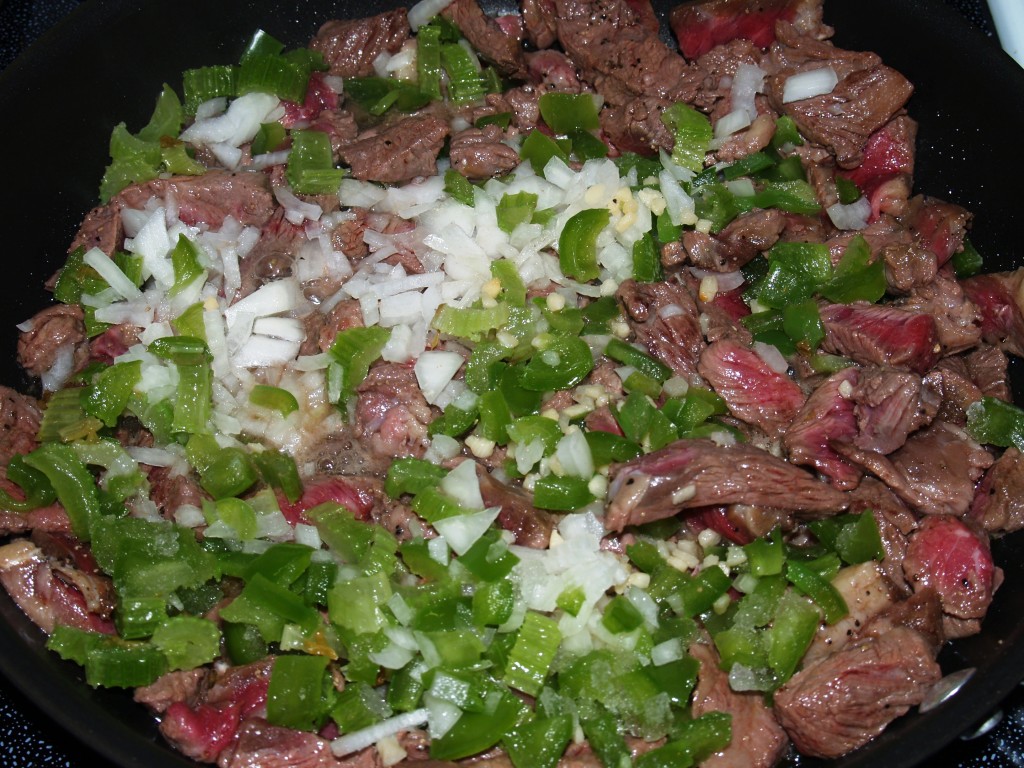 Then I mixed up the Jacks mix and after draining the meat, I added it to the bowl. 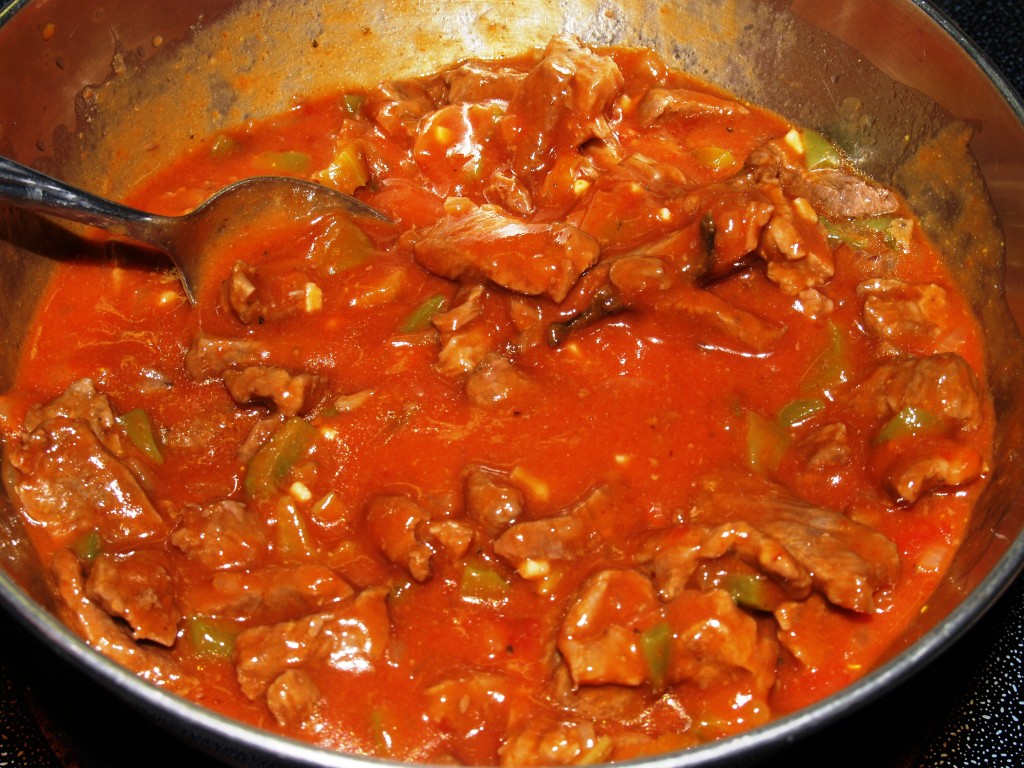 I dumped it all into the slow cooker and cooked it on high for 4 hours. 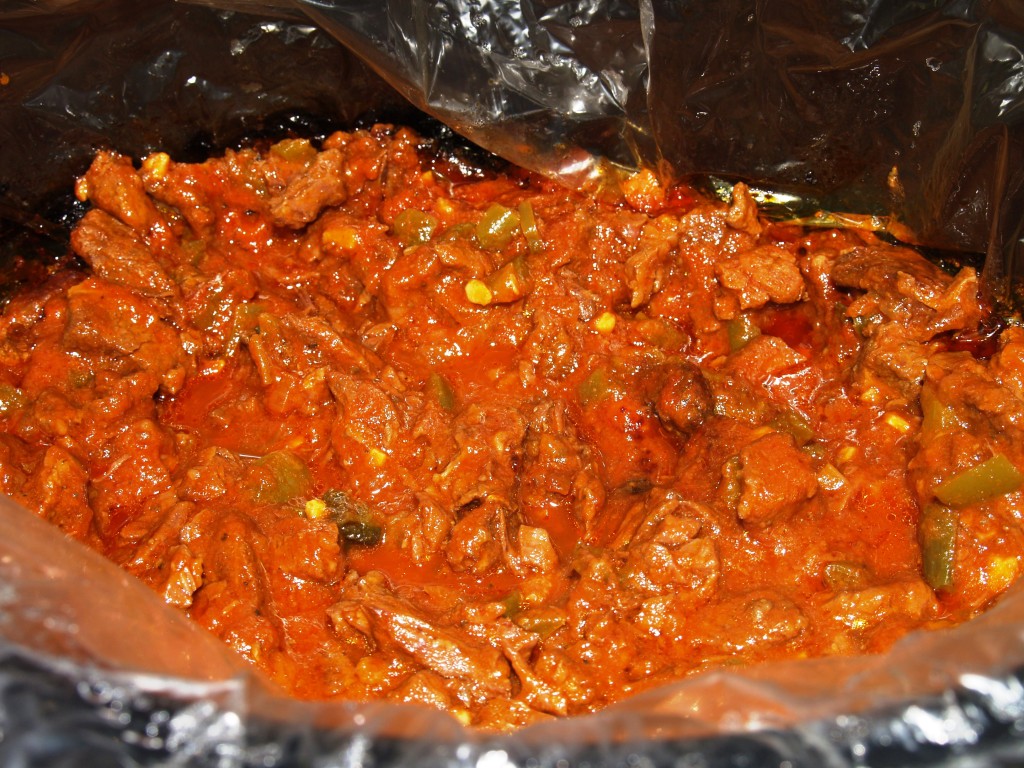 Directions:
1. Throw first 5 ingredients into skillet and brown meat/soften veggies. Drain.
2. Mix up rest of ingredients in big bowl and add meat. Mix well.
3. After spraying slow cooker with non-stick or using a crock pot liner, pour all in.
4. Cook on low for six hours or high for 4 hours.
5. Serve on rolls – freezes well. 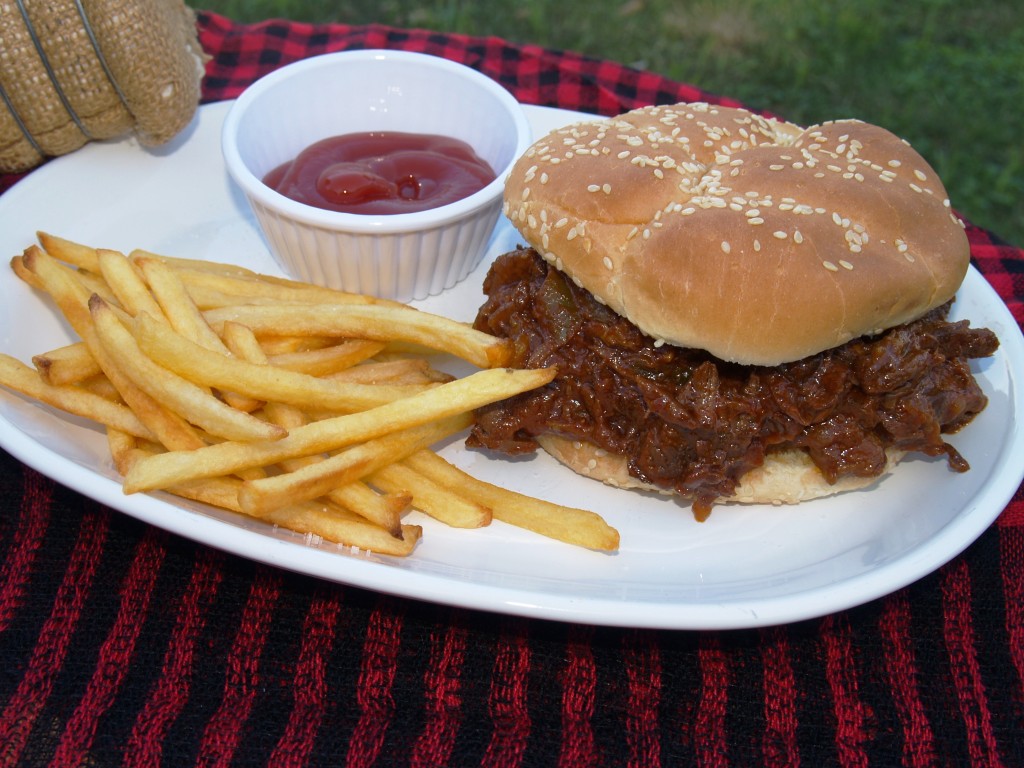 When we sat down to eat, I could see him picking at it and then he took a bite. And another and another and then he made himself a second sandwich. By the time the meal was over, he said we were having that for Christmas instead of our regular lasagna. Well, it WAS good –  For those who are asking, I got my cookwares from commercial cookwars. Enjoy and I hope you try it out because it’s so easy!