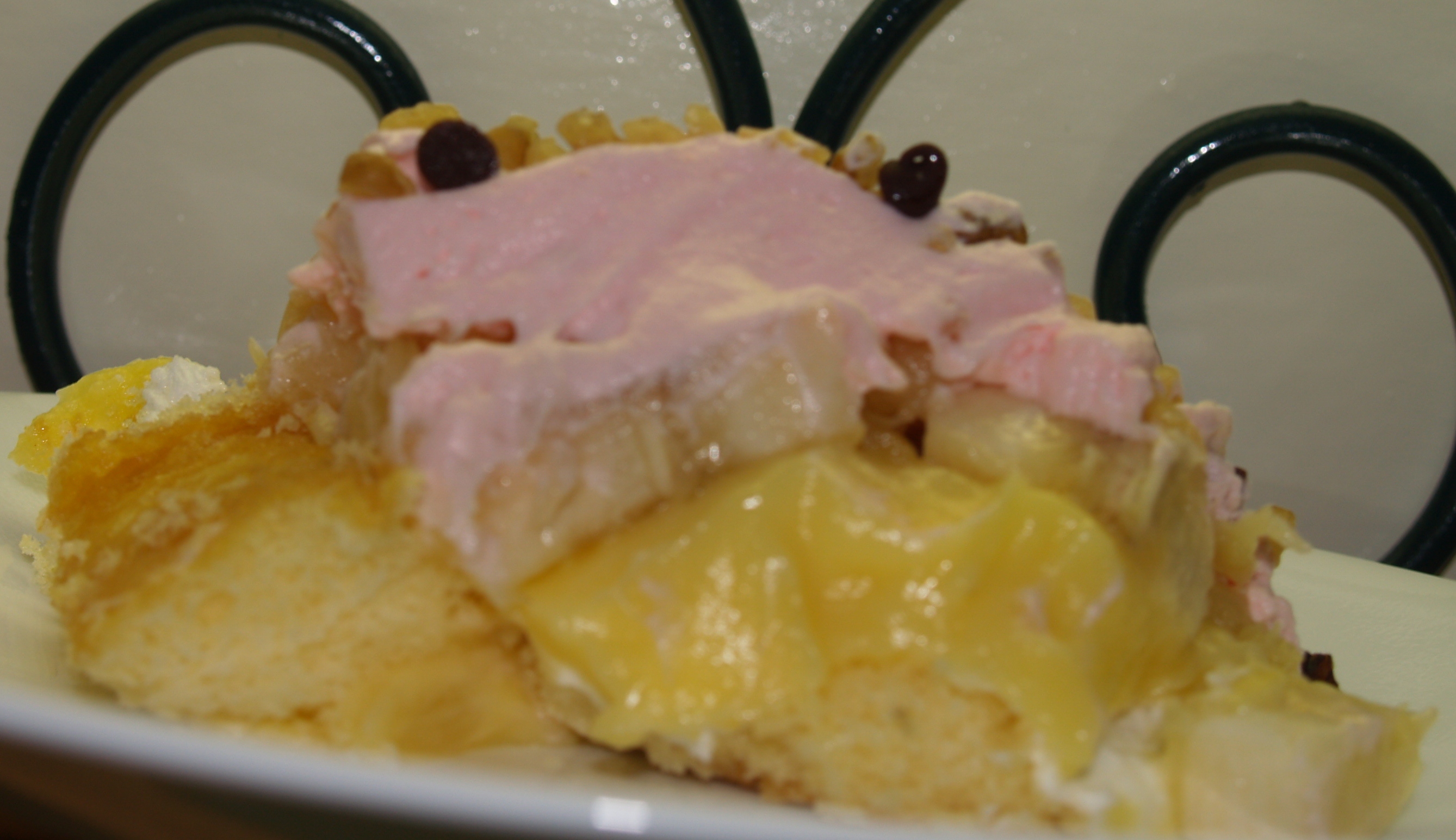 My daughter says I shouldn’t post a recipe of a recipe I got from The Country Cook’s site and because it’s not mine. Well….1. As domestically impaired, there are not going to be a whole lot of recipes that are mine, and 2. I’m going to give the writer of said recipe full credit and even link back (when Top Girl – daughter – does it for me) to her page so you can all go visit her! I think she’s the Bee’s Knee’s and besides, this really isn’t about the recipe, it’s about LOVE, and what you will do for LOVE! If you DO go visit her, you will see that my slice of cake looks NOTHING like hers.
So, I made this recipe with:

Twinkies
Instant Vanilla Pudding
2 Cups Milk
Drained crushed pineapple
3 bananas sliced
Cool Whip
Food Coloring (optional)
Chopped nuts
Mini-chocolate chips.
Mr. Picky-Eater does not like pineapple or nuts and he wasn’t sure about the chocolate chips, but when he brought the box of Twinkies to me and said we had to eat them prior to May 24, he was willing to try it if I made sure everything he didn’t like would not be on “his side” of the cake. So, this is how it looked:

First layer: Everybody gets Twinkies. 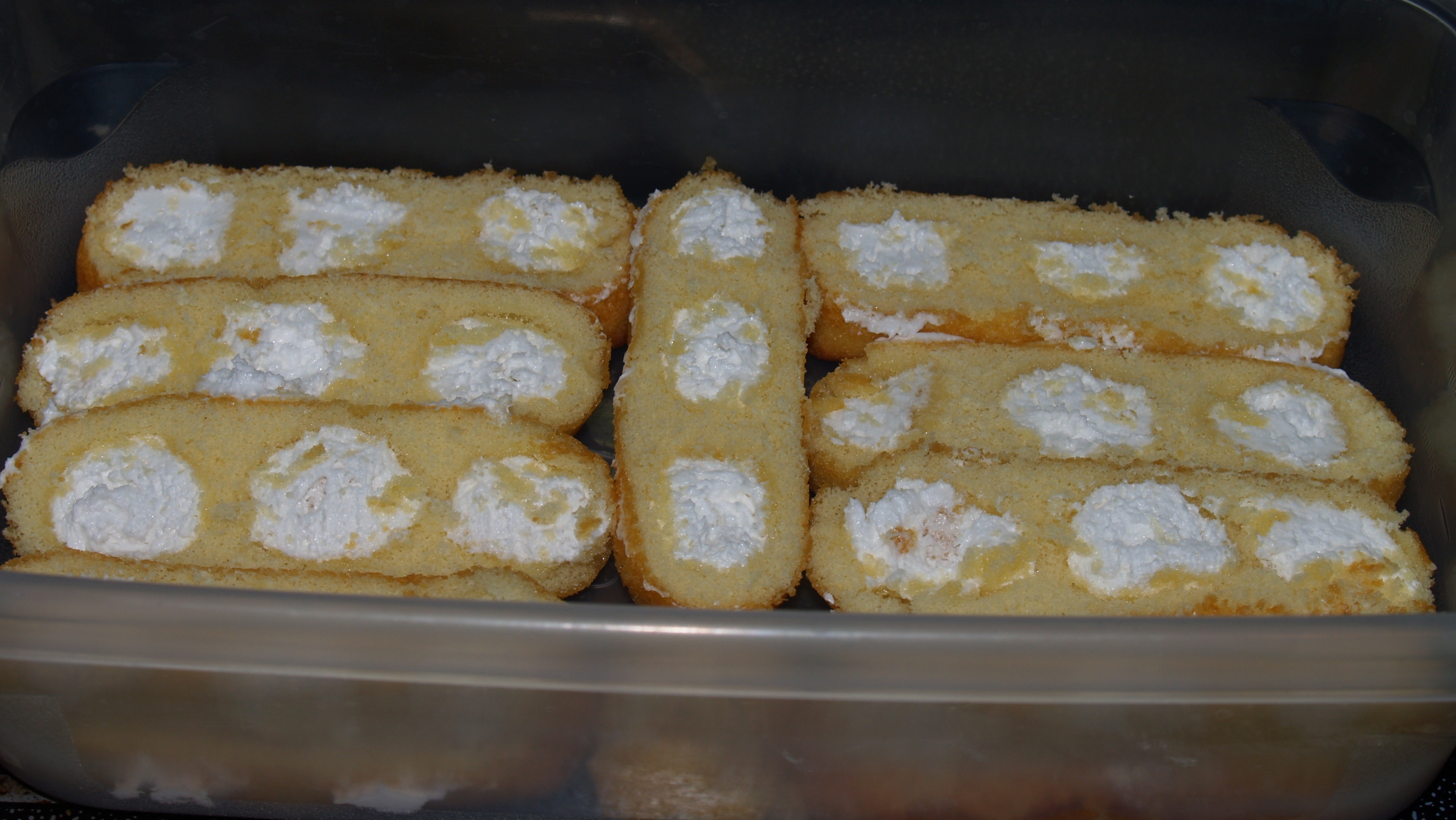 Second Layer: Everybody gets pudding. Mix 2 cups of milk with the vanilla pudding and pour it on. 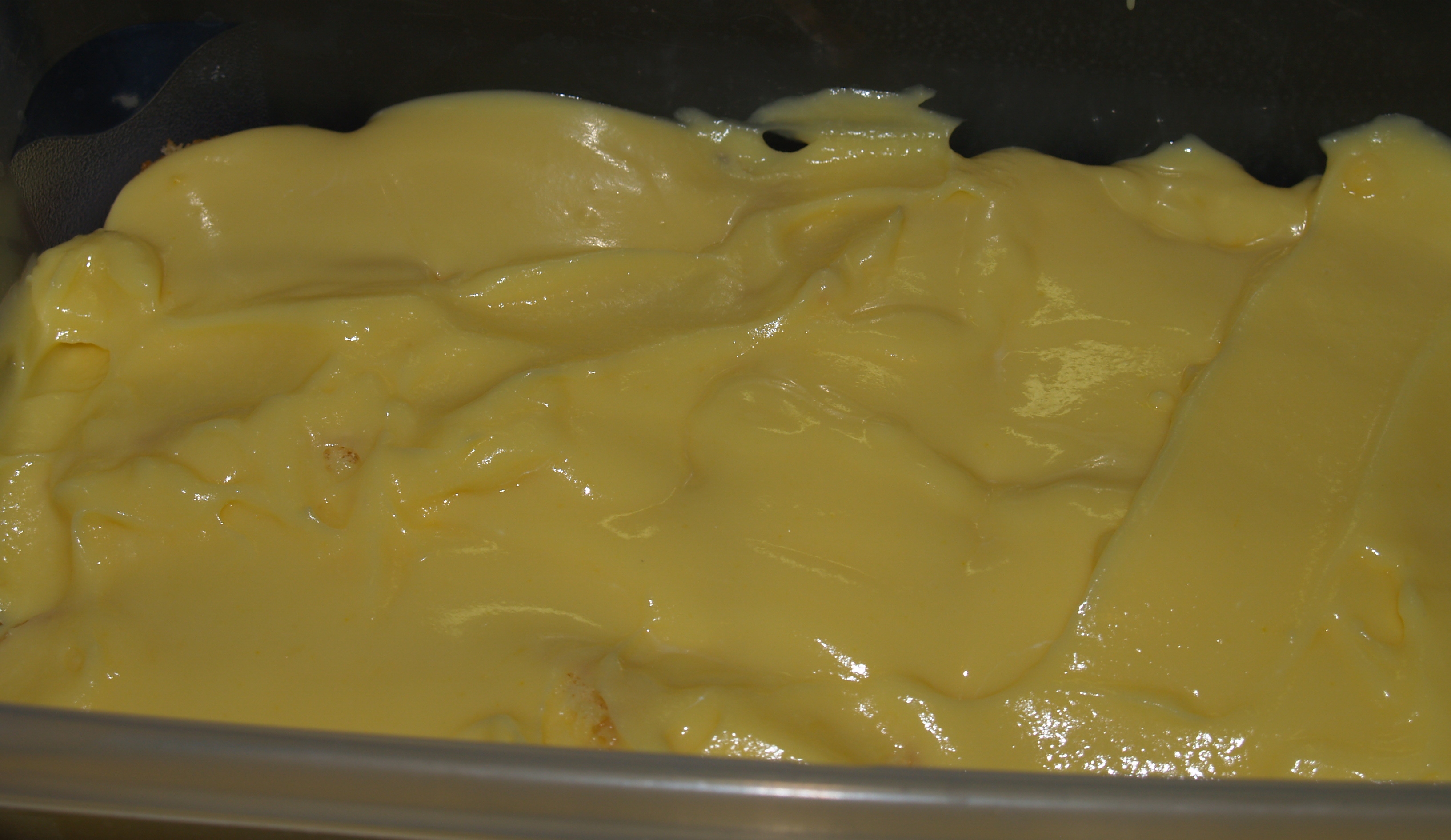 Third Layer: Everybody gets bananas.

Fourth Layer: Only half gets pineapple. 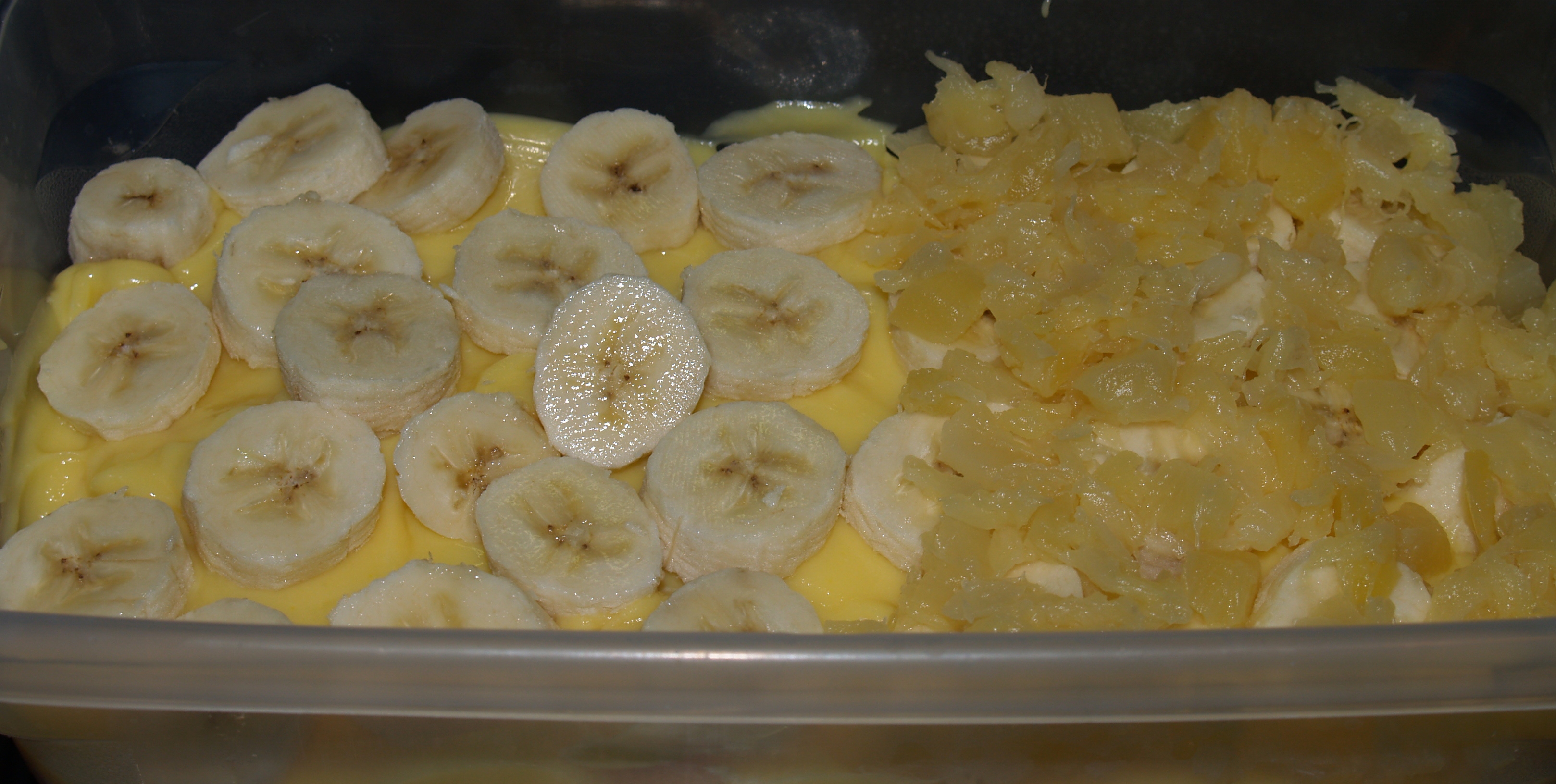 Fifth Layer: Mix food coloring into the Cool Whip if you want a change – I mixed in 4 drops of red. Everybody gets Cool Whip. 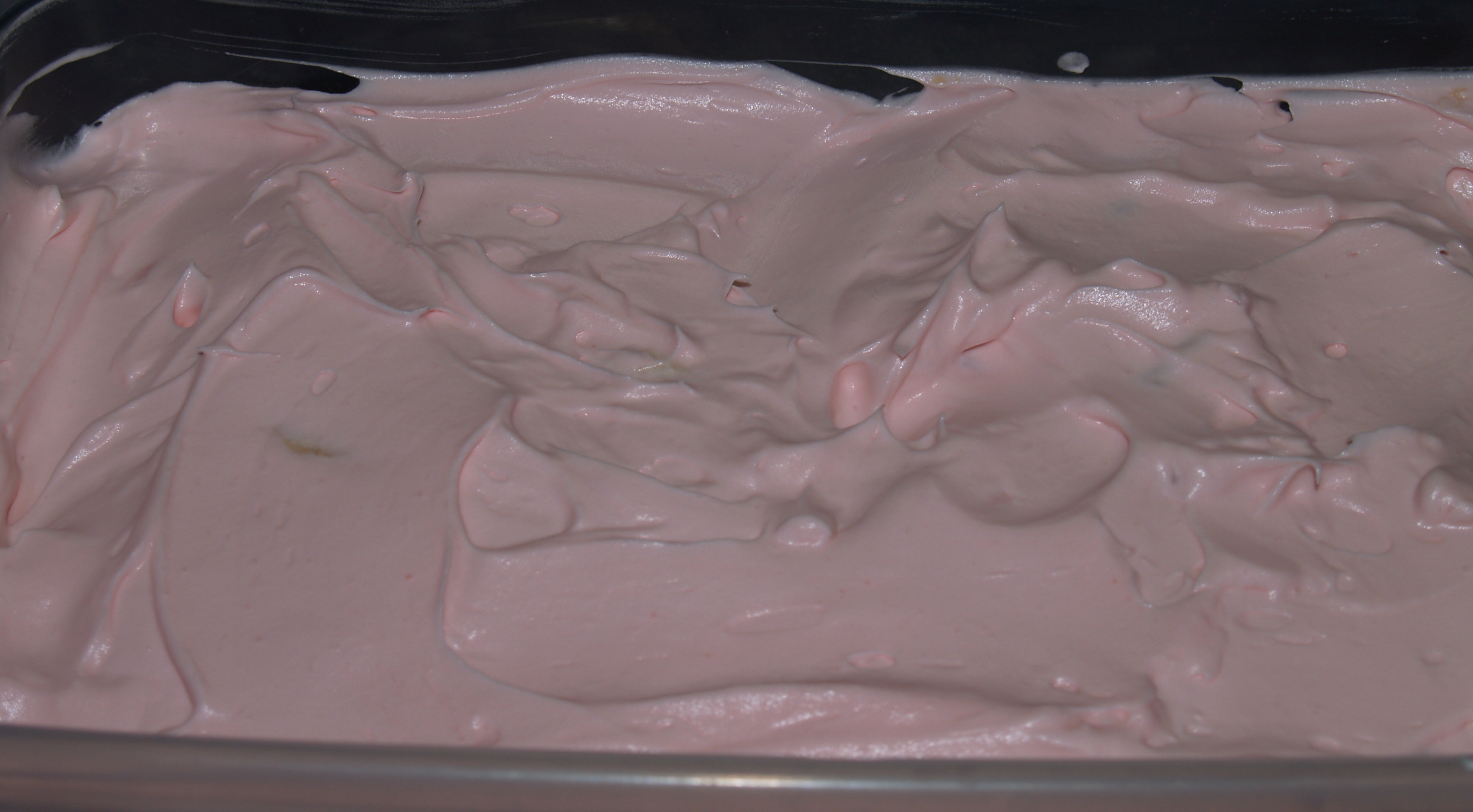 Sixth Layer: Sprinkle nuts on half. 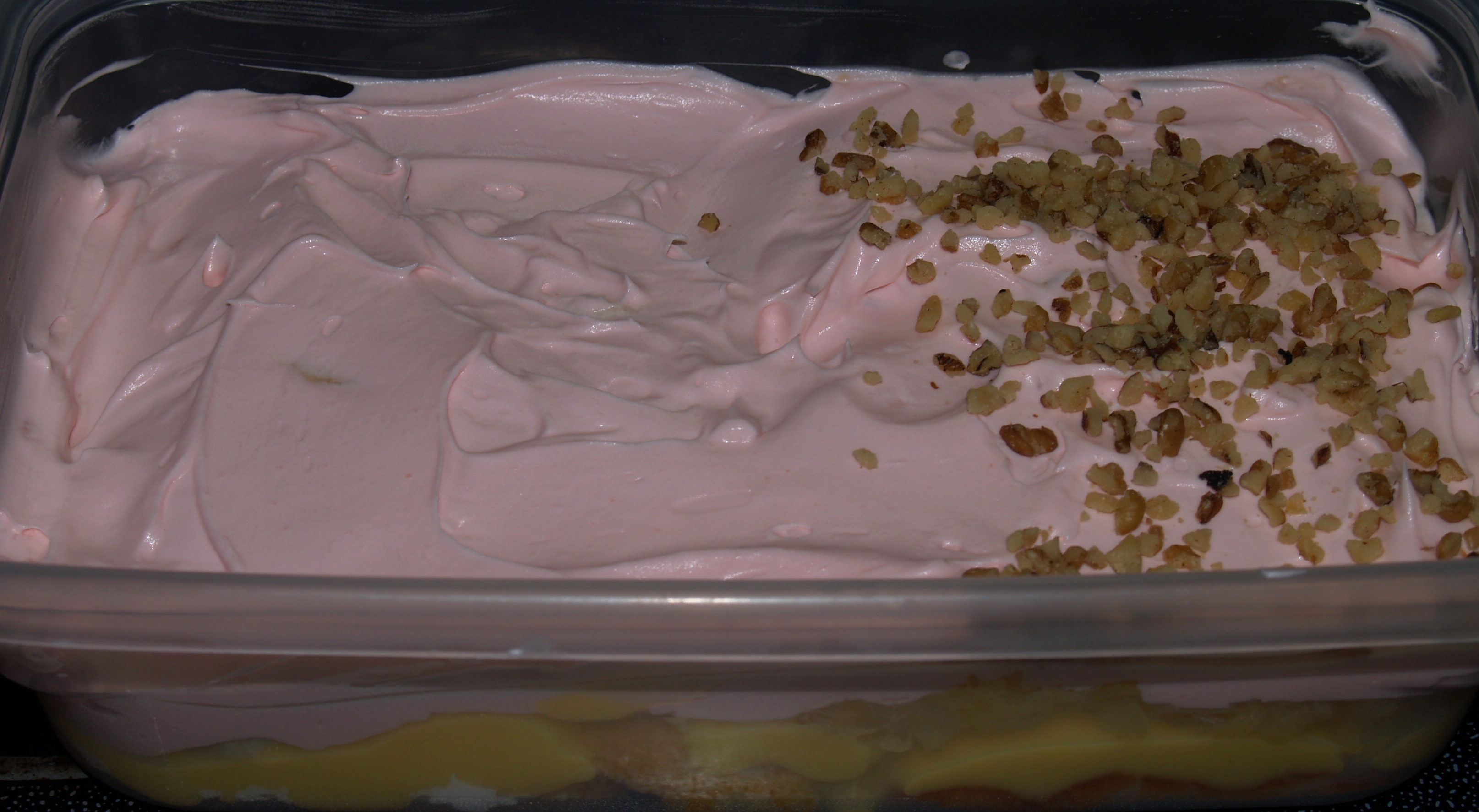 Seventh Layer: **Tricky** Sprinkle mini-chocolate chips on half – AND THEN – half of the other half so my better (?) half can decide if he likes it with those or not. 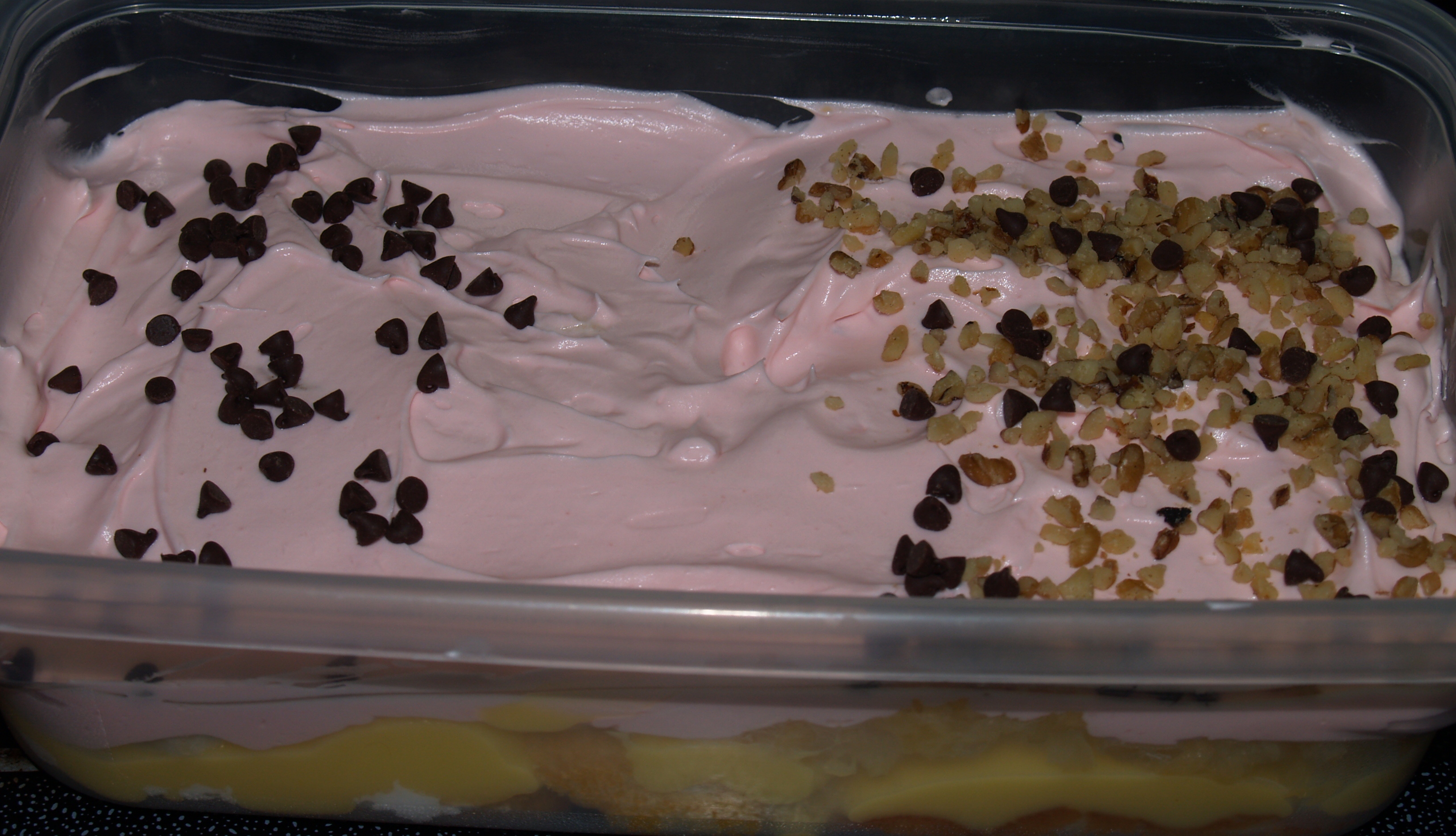 Wallah! True love in a Twinkie! It must be because my husband just walked by me typing this on his way to the kitchen for a second helping…..he does not do that often. Thank you Country Cook, Brandie!!