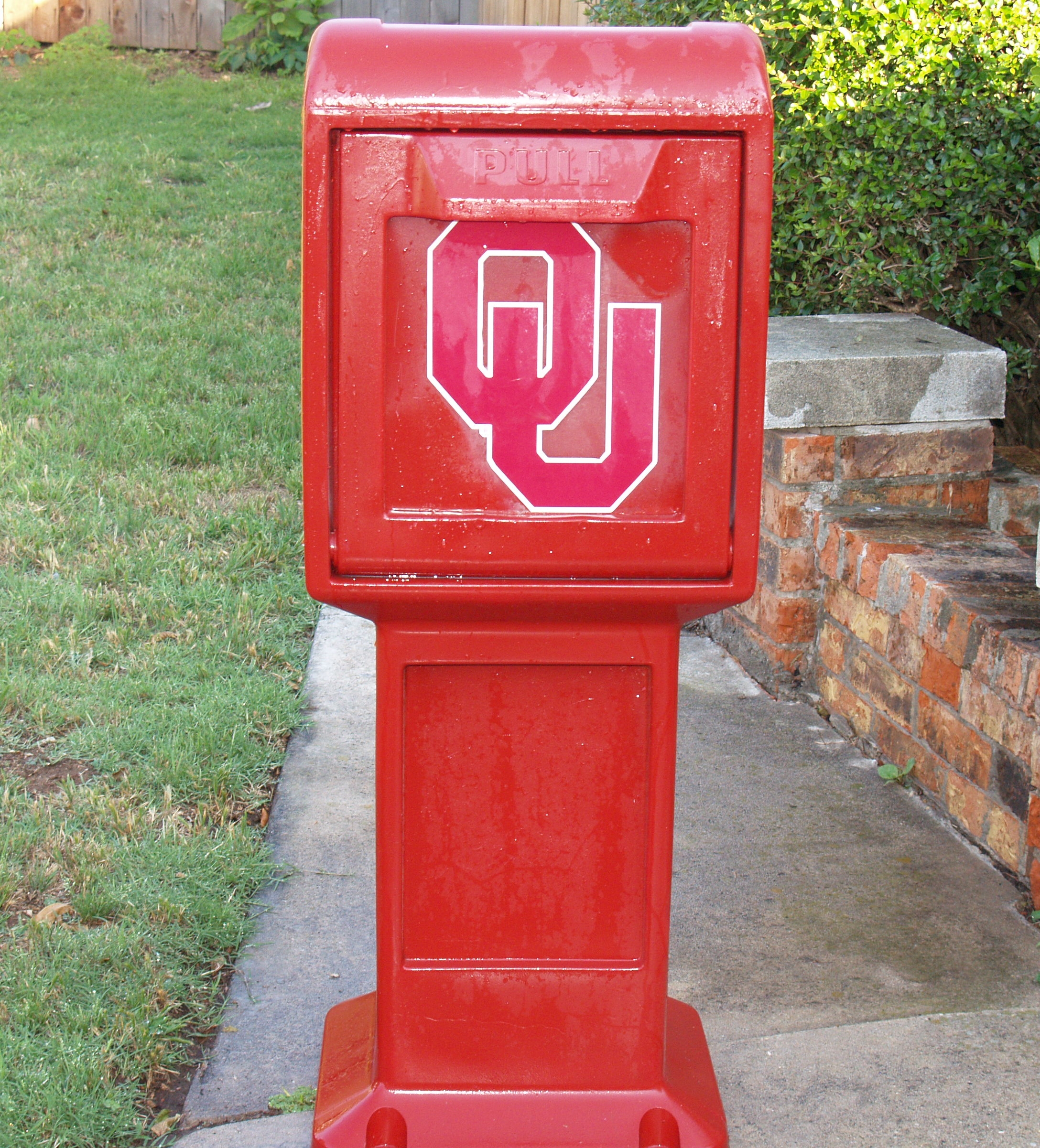 Mr. Picky-eater has decided it is time to have our annual yard sale. People know our address now and anticipate it every year, or so they tell us. We have become so successful, my daughter and I wrote an eBook about it – The Garage Sale Guide to Greatness –. We do things very differently than most people and boy does it work. I began going to sales with my Aunt Irene and Uncle Ray. They owned a huge plantation house in what is now in the middle of my hometown with a carriage house in the back.

Aunt Irene called it “The Little House” and it could be accessed from the street behind the house. One day I will find a picture in front of her little house and post it. This little house was open most Fridays and Saturdays where she sold to extremely loyal customers. Miss Irene and Mr. Ray, as they were called, purchased all their merchandise at yard sales, period. No flea markets, estate sales, or private purchases. Also, my parents were antique dealers and I lived in what most people would call a museum of hardwood floors and furniture from stores like Shoppok….guess who the duster was? This is how I learned to not only buy at a sale, but to conduct one as well.

We are brutal when it comes to thinning out our stuff. Mostly because we get tired of it and we can always find new and interesting things during the next year. I cannot remember a time that we haven’t made well over $1,000 so if it ain’t broke, don’t fix it is our motto. We do it pretty much the same way every year.

Only twice have we ever stopped at the curbside during Big Trash month in our town. Once we got some great military footlockers that we now use as Christmas storage. At that curb, we also got a huge chair that I called the Throne for the years we had it. We finally sold it last year at our annual sale. Here’s a picture of it. 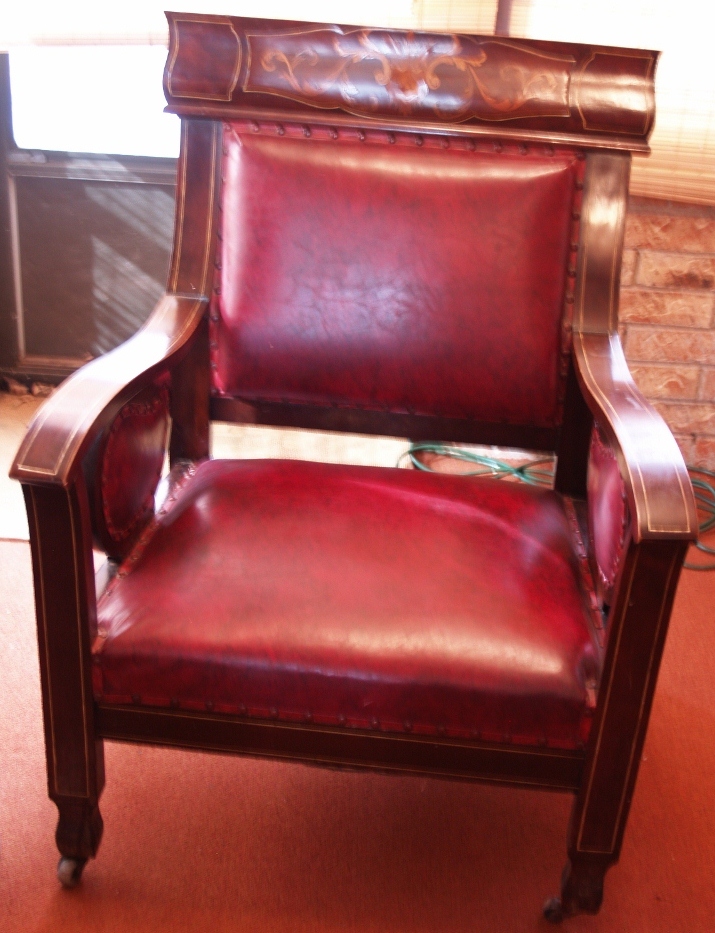 This year is no different but before we sell it, I wanted to show you one of the coolest repurposes we ever created and it was from a stop at the curb the night before Big Trash Day. As most of you know, we live in a college town where Mr. Picky-eater received 2 degrees, Top Girl received 2 degrees, and Lawyer Boy received his JD. To say they are big fans would be an understatement so many things we repurpose have the recognizable OU label on it just like the item at the top of the page. Can you guess what it was? Yep, it WAS one of those free newspaper holders. Can you guess what it is now? It stands next to our front door and when a package is delivered, they put it in and shut the door. There is no lock, but it still looks like a porch decoration so no one has ever gotten into it. It also weighs a ton so no one has ever tried to steal it either! We used spray paint that adheres to plastic and an OU decal. The hardest part was getting off those sticky labels that used to advertise what paper was inside….apartment locators I think. Anyway, it’s a really great repurpose and I wanted to share before we sell!

One last thing: Do any of you know anything about these dishes? 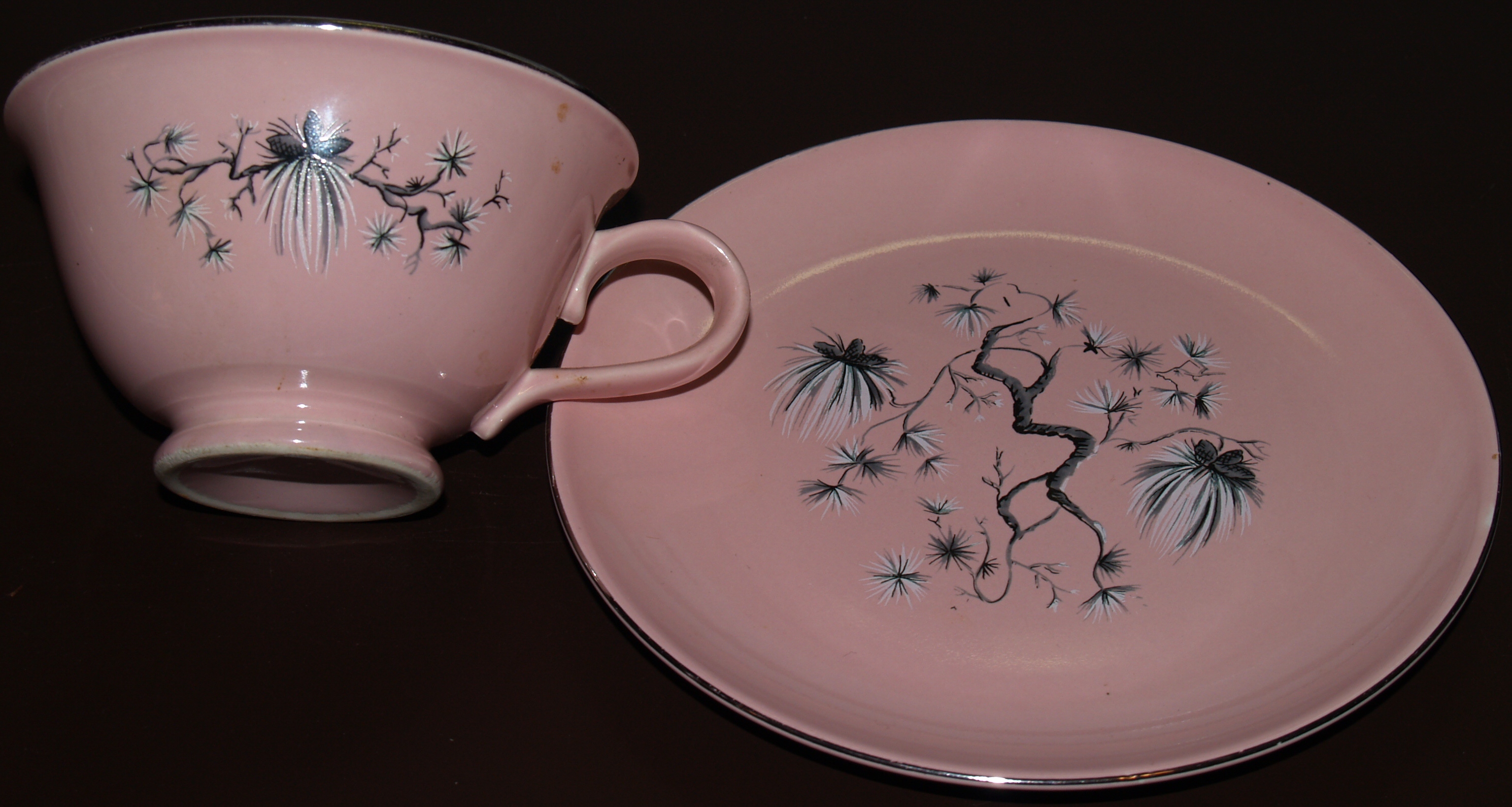 I bought them about 10 years ago and while I’ve enjoyed them – it’s time to sell at the yard sale. I have a full set with a few serving pieces. There are no markings on the bottom and I’ve been at a loss forever! So, any help or advice you could give me would be greatly appreciated! I better get crackin’ since the sale is June 2 and I still have lots of cooking to do and recipes to blog about!

Talk with you soon! KK