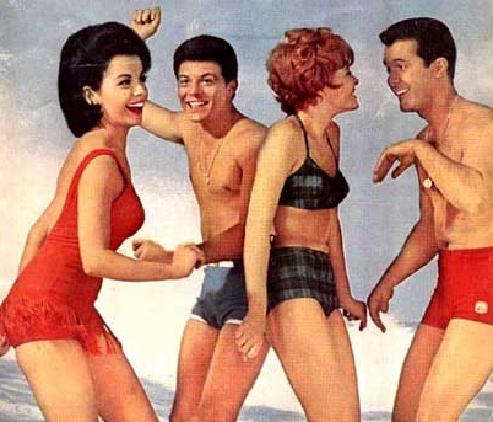 Do you like to participate in Linky Parties? Maybe you don’t know what one is. A Linky Party is where 1 or more bloggers “host” a blog post where you can put a link back to your blog for a specific topic or theme. Many more people will potentially visit your blog thereby possibly increasing your followers. A few months ago was the first I had ever heard of one and had no idea how to do it or what the benefit might be for them or me.

I’m on Facebook and my name is Kalamitykelli. I love to can but have a terrible time cooking. I’m trying to learn to cook this year. As part of that, I “liked” several cooking Facebook (FB) pages. One of them was The Country Cook. At some point, I happened to be home on a Friday morning and she posted that it was time to link up, with her other hosts, for the Weekly Potluck recipe Linky Party! She sounded excited so I clicked on the link, which took me to her blog (didn’t know she had one). I scrolled down, looking at featured recipes from the week before and eventually I made it to the instructions on how to link up. The first instruction said, “we blog, we Facebook, we pin, etc…” you must follow each of us on at least ONE of those and then follow the instructions below to link up!

First – there is Blogger Etiquette and when your host asks you to do something, do it! So, I clicked on the links to each of the FB pages for the hosts and liked them. Then I scrolled on down – and panicked!! What’s button? How do I grab it? What? What? What?

Listen, I’m not a stupid woman – I have 3 college degrees and I work on a computer every single work day. I not only read government policy, I help write that darn stuff – I’m used to complicated stuff! But, I could not figure out what to do. I was also a little afraid of it. So, I didn’t do it. But later that day, I came back and clicked on many recipes and began following several bloggers.
Friday night I talked with my daughter about it. She pulled it up and said, “I can do this in about 5 minutes mom, I’ll do it for you”. I told her that would be great and next weekend we would. I felt no sense of urgency. She said we had several days to post so she would do it then – what recipe did I want to post. I told her to just name it and put the picture on and link it to my home page . Uh, nope – she said that wasn’t following the rules. Oh! Okay – gotta’ follow the rules then. She put it on. The next day I didn’t look at the dashboard of my blog until about noon or so……….I was blown away!! The number of people viewing my blog had more than doubled from the highest number to date AND I had 6 new followers. Boy did I like Linky Parties!!!
Next week, she put it on again and then I found a Linky Party for repurposing and asked her to put one on there too. Sunday afternoon, I found several recipes I liked and then went over to the DIY blog. I would find something I liked, click on it, and it would bring me to something completely off the subject I clicked on. At first, I thought it was me – but it wasn’t. Some people don’t know how to link up and some people think they can just send it to the Home page of their blog and make people root around within, find what they want and then that person will want to follow them. WRONG!!! It ticks me and a million others off!

I tried several other DIY Linky Parties and found the same thing. I finally quit that and someday I may have my own – I really want to do a canning Linky Party – someday. But I do Weekend Potluck every single week.
This past Thursday night, I got a post on my blog from The Country Cook that said she hoped I came over to Weekend Potluck the next day because I would be surprised. I thought to myself, “Isn’t she sweet? She’s never invited me personally before .”

I had learned to link up by then but I had to go to work so my daughter, who is on maternity leave, said she would. About 7:15 Central Time she emailed me and said I had been featured! Really? Me? The Domestically Impaired??? Wow!
When I got home I pulled up the blog and read what it said. I was featured because they liked my recipe, but the most viewed and the most interesting recipes didn’t get to because they didn’t follow the rules. Most likely, it was because they skipped the instructions or just didn’t really understand them. Maybe a few didn’t care – but I’ve only met incredibly nice people on there so I doubt it. Some people, like me, just need to see it done.
Because I was a featured recipe on Weekend Potluck #15 I watched my views on the dashboard pretty closely. You cannot imagine the power that those 5 women have!!

I can’t tell you how they have increased my viewership and the number of people following me. My graph on dashboard became so high over the last few days I hardly see the tops of the graphs for other days now.
As a thank you and to help all the people who want to participate but don’t know how and don’t have a daughter to help them out: My daughter and son-in-law spent last night making a step-by-step video showing you how to link up to any Linky Party you want! She used Weekend Potluck and The Country Cook in particular as the demonstration but it works wherever you want to link. I hope you enjoy and learn from it. If you know someone who wants to link up but doesn’t know how, send them the link to this blog post and we can show them too.
To: The Country Cook, Sunflower Supper Club, 4 Little Fergusons, The Better Baker, and Meet Penny – Thank you from the bottom of my heart and I hope this helps increase the number of people participating and those who do – follow your rules and conduct themselves with the proper blogger etiquette. Love you guys!!!