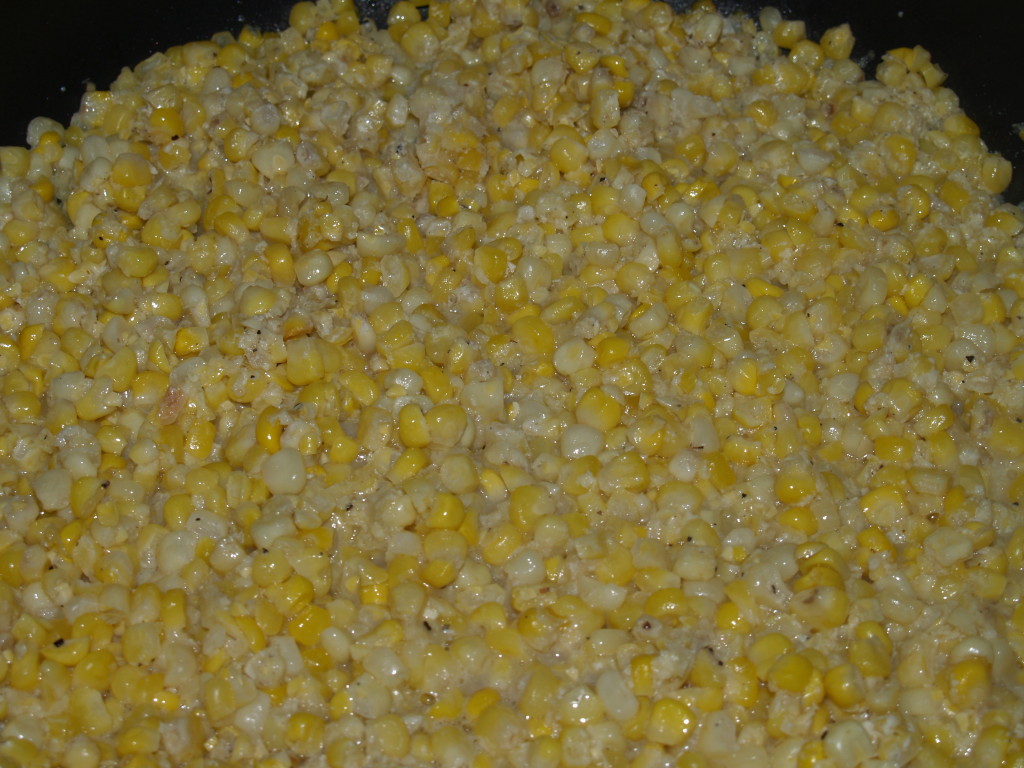 Late July always reminds me of sitting on my nana’s porch shucking corn.

I really hated it at the time but now it brings me great memories. My very last memory of shucking corn with her was in 1982. She was 80 and her porch was the size of the entire front of the house with a large gabled roof. The yard had two large Catalpa trees planted in 1924, traditional red rose bushes, a few wisteria bushes and one huge honeysuckle bush. It smelled wonderful but bees were everywhere! It’s exactly the kind of porch neighbors used to gather on in the evening after supper dishes were done and sweet tea was a refreshing treat.
If you went to the farmer’s market today you may have seen corn. Depends on where you live of course. It is about finished here but early and late corn is the best to me. Both are sweeter than the heavy corn gathered during prime corn-harvest season. I am going to put up some corn today for use later in the year. I really only like it one way and for some reason, most people I know have never heard of it, but after tasting, they crave it! Nana taught me to make it and if you are watching your weight you should only eat it sparingly.

Here is what you will need:
4 dozen ears of corn – 48 ears is roughly a bushel of corn depending on how big the ears are.
1 lb. of butter
1 Pt. half-and-half
Cutting board
Sharp knife
Dishpan or big bowl
Coffee Cup
Rubberized – open weave shelf paper (optional)
Turkey roaster – either the cheap aluminum ones from the Dollar Store or the nice electric ones used to cook turkey once per year. Or,
A big skillet, preferably iron
If you don’t want to sit outside because it’s too hot, spread newspaper all over your floor, sit down and shuck the corn.
Cut out the wormholes and bad places.
Use the rubberized open weave shelf paper to easily take all the silks off by rubbing it up and down the ear of corn.
Place the coffee cup upside down in the dishpan or bowl, put an ear of corn on the base of the coffee cup, take a sharp knife and start cutting the corn off the cob making sure to use the sharp side to cut and then the back side of the knife to scrape the corn milk out.
When all the corn is off the cob, mix well and place the corn, butter and half-and-half in the roaster.
Set the oven or electric roaster at 300 degrees and roast for one hour mixing occasionally.
Take corn out of the oven or turn roaster off and let cool completely.
Spoon into quart freezer bags squeezing all the air out and seal bags.
Place in freezer for up to one year.
When you remove, thaw in the refrigerator and heat in skillet for about 30 minutes.
Summer all year ‘round!
If you do not want or have the room for a bushel of corn in your freezer, you can easily cut the recipe in half or into fourths.
Happy shucking!!