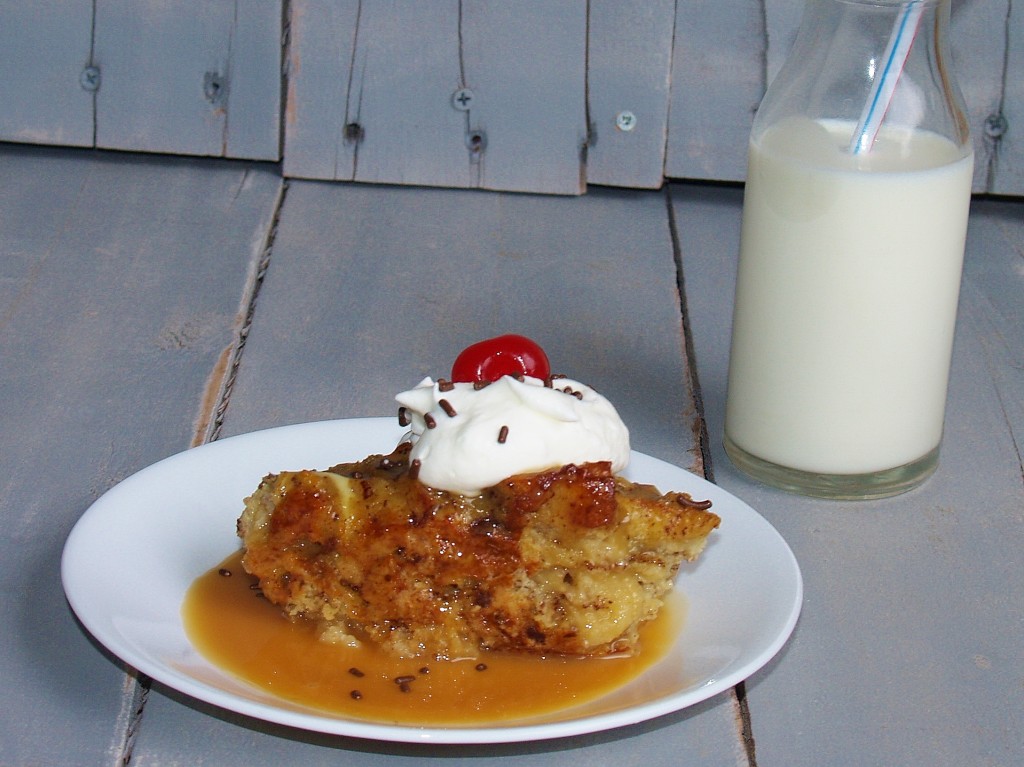 How are you doing?  I’m doing great!  This week held Top Girl and Son-in-law’s anniversary as well as Top Girl and Wonder Boy’s birthday – we have been so busy!  Mr. Picky Eater even made Rocket a great swing from left-over lumber: 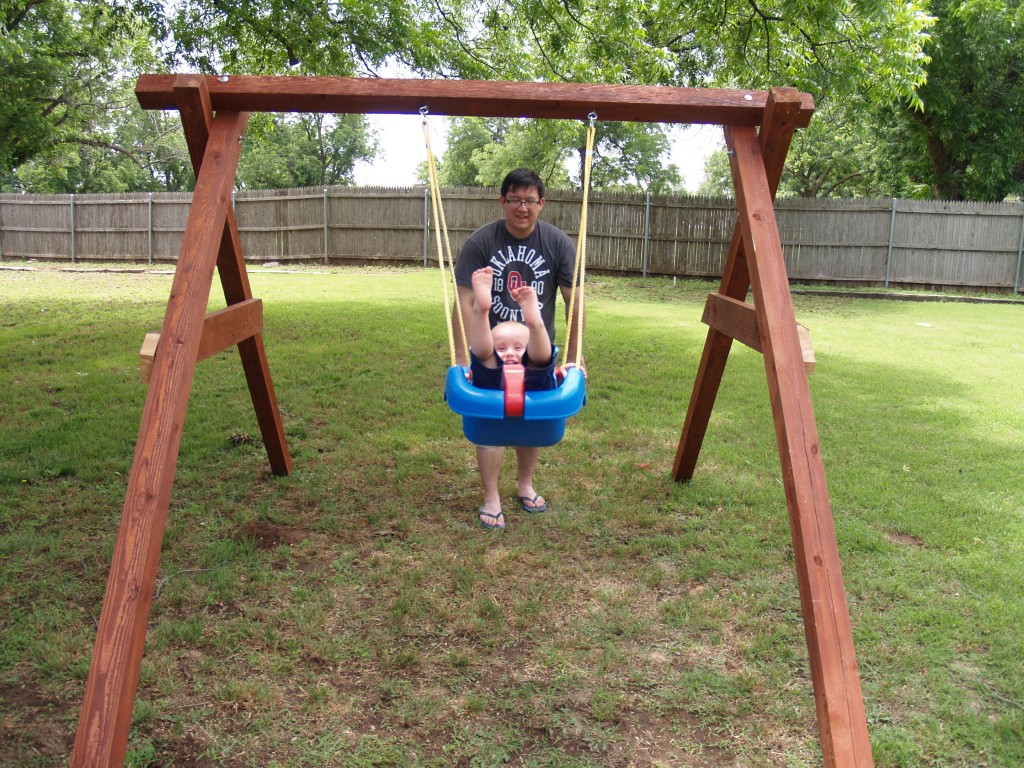 A few weekends ago it was rainy and cold on Saturday so I wanted a warm and comforting dessert; I also needed to make a dish using Eggo waffles for a contest.  I made the most delicious bread pudding I have ever made and even though I did not make it to the winner’s circle, I feel like I did because I will be making this dish again and again.  I made a big mistake when writing the recipe onto the eForm for Eggo.  In Direction #8, I told them to put in 2 Tablespoons of Butt!  I forgot to write butter- can you believe it?  I should have gotten in the finals based on the hilarity of it all.  I hope you like the recipe!

1 Box of Home-style Eggo Waffles, toasted or you can just use leftover waffles from breakfast. 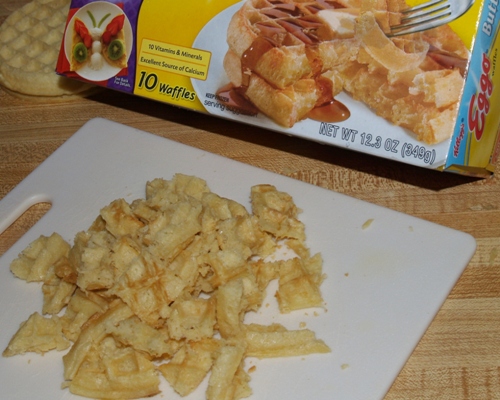 2. In a small saucepan, stir 4 tablespoons butter, brown sugar, 2 Cups Milk, vanilla, and cinnamon over low heat until sugar and butter are dissolved – do not allow boiling!

3. In medium bowl put the waffles and pour over milk mixture and stir. Allow to sit for 30 minutes.

5. Pour into 9×9 inch pan that has been sprayed with non-stick spray.

6. Put pan of hot water on lowest shelf of oven pre-heated to 350 F. Then put bread pudding on higher shelf.

7. Bake for 40-50 minutes until pudding is set and golden brown on the top. Remove from oven.

8. In a small saucepan over medium heat, pour in 1/3 Cup heavy cream, ice cream topping and 2 tablespoons butter and warm until butter is melted and all is incorporated. 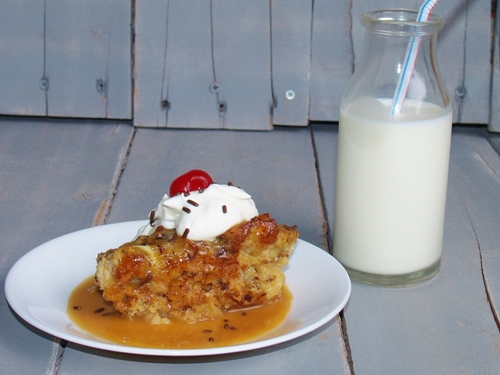