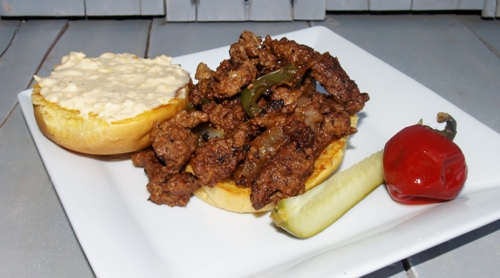 I got a very exciting phone call late Friday afternoon and I hope to be able to share some news with you someday soon.  Because of the call, I was in the mood to celebrate at supper with something tasty that we had not eaten before so I sat down to pull up my trusty Pinterest account.  Just before I started looking at all the recently pinned items from those I follow, I saw that there had been several pins of mine repinned.  I clicked on the one I didn’t recognize and there it was – supper!  The hearty sandwich looked vaguely familiar and when I clicked again, I saw that I had pinned it from The Foodie Army Wife.  I read the ingredients and could see that I had everything needed although I was going to change a couple of things a bit but keep true to the heart of the recipe.  There was another blogger’s recipe within the recipe – The Unorthodox Epicure. I love Adam’s posts – have you ever visited his blog?  He is a great storyteller as well as writer, photographer and cook.  I’ve read his blog for 2 years I think and I believe I remember him saying once he used to be a journalist and disc jockey or maybe he just reminds me so much of my husband that I think he was……..now you know a couple of the professions Mr. Picky Eater has had. Trust me, the journalist, disc jockey, finance jobs were much better than the ones of his youth:  Tomato and watermelon picker, hay bailer, and UPS man – all hot and extremely demanding.

Back to Adam…I made his cheddar horseradish sauce just exactly like he wrote it and I highly recommend you do as well.  He’s got a wonderful sandwich on there as well.  Since I made no changes in his recipe, you can find it HERE. 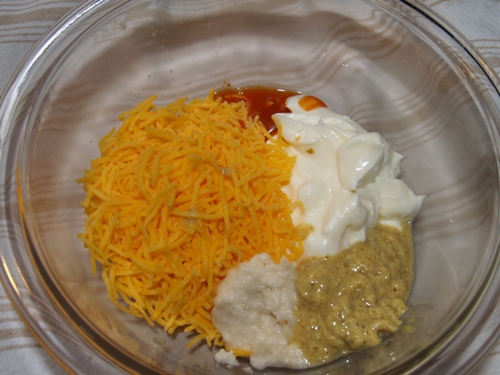 Now for the steak sandwich recipe for five people you can cut down for a smaller family. 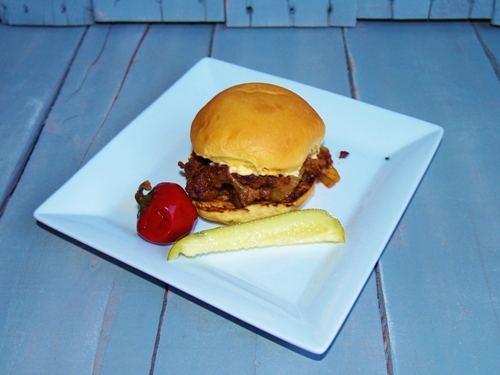 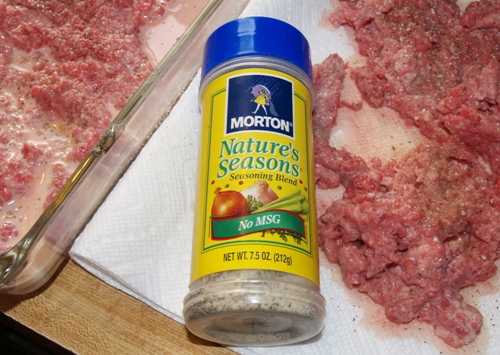 If the steak isn’t already frozen, freeze it for about an hour then make  one inch slices across like this:

In a small bowl beat 2 eggs and mix in 1 can evaporated milk.

Put the steak in a long dish and pour the egg mixture over top, cover with plastic wrap and set in the fridge for about 1 ½ hours only…….not more because it will make it mushy and all you want is to make sure it is tenderized.  If the meat was left as whole cubed steaks, you would soak them for the regular 4 hours. 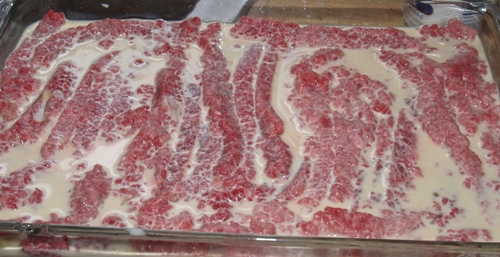 If you are making The Unorthodox Epicure’s spread, make it now.

After 1 ½ hours, set the meat out of fridge and let it begin coming to room temperature.

Slice the green peppers and onions in thick slices 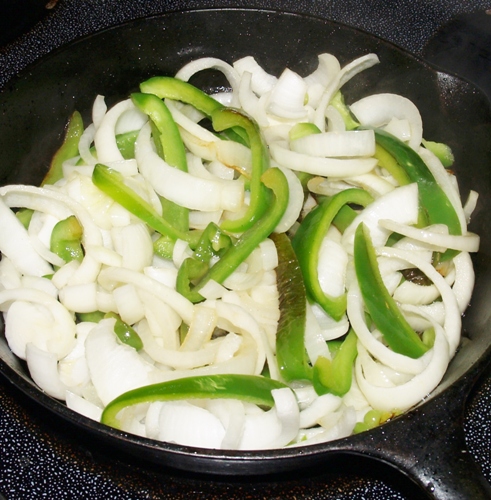 Put oil in an iron skillet or just a regular skillet and put in the onions and peppers and cook it on low to medium heat for about 15 minutes until they are all caramelized – then set aside.

Put a little more oil in the bottom and turn up the heat to medium to high.

Cook several of the slices at a time but don’t crowd the pan.  It may get a bit “watery” when you put them in but it will evaporate soon and you can move on over to the next batch.

Once all the meat is cooked, turn the heat down to medium and return the meat, onions and green peppers to the pan.

Add ½ Cup beer and all the butter pats 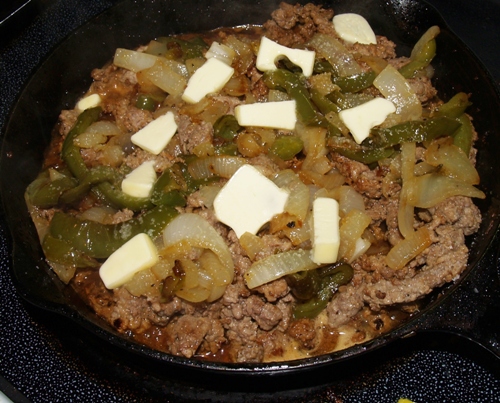 Let the beer reduce and the butter melt. 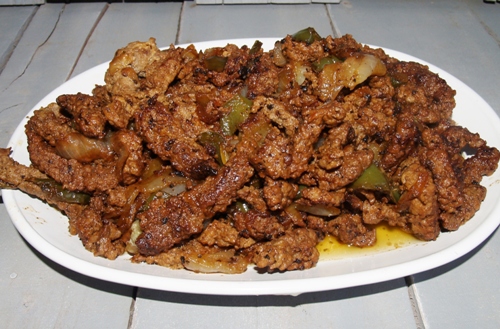 Make your sandwich and enjoy the meal!

Wouldn’t this be good for football season and tailgating? Oh yes it would! 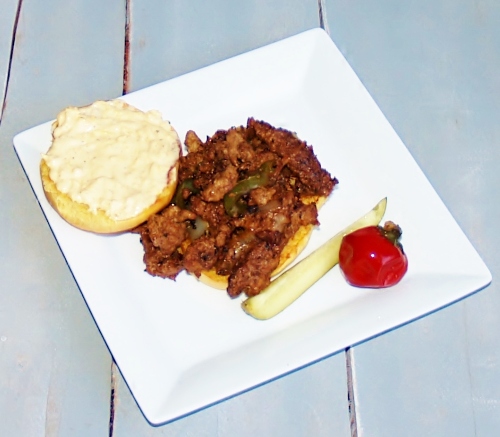 I am partying at Weekend Potluck today – Have you ever been? You will not believe the fabulous recipes you will find. Go on, take a moment to give it a looksey!