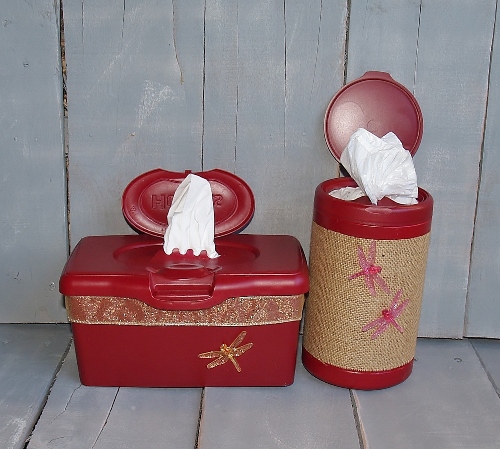 Since the kids moved in when their home flooded, we have been overflowing with these plastic containers! One for the behind and one for – well, what it says it is for as well as the rest of the face and hands after eating. 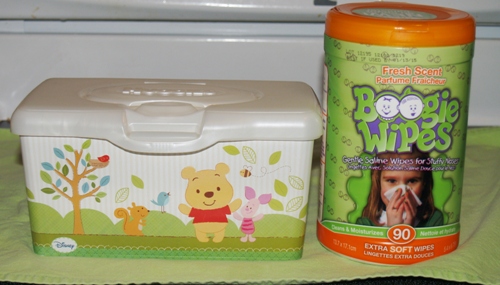 I just HAD to figure out a way to recycle them and once again Mother Kalamity needed/wanted something that I could make her with these – with a little help from Mr. Picky Eater. Mother wanted an old fashioned Kleenex Holder – remember those from the 60’s? She also uses plastic bags in her bathroom trash container and wanted a way to keep them in bathroom saving her some steps – at her age she needs to save steps – and she wanted them both to match her bathroom décor. Not a small request!

First, we showed her how to roll plastic bags so they would come out of a Boogie Wipes container one at a time:

Lay it out flat. 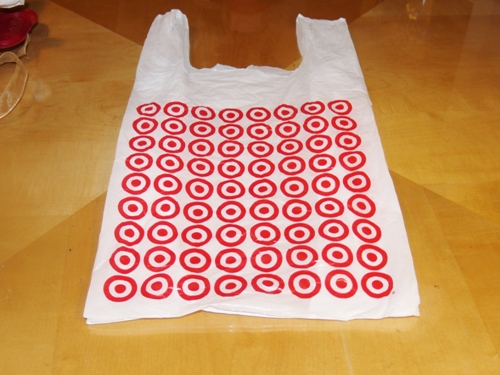 Fold it in half. 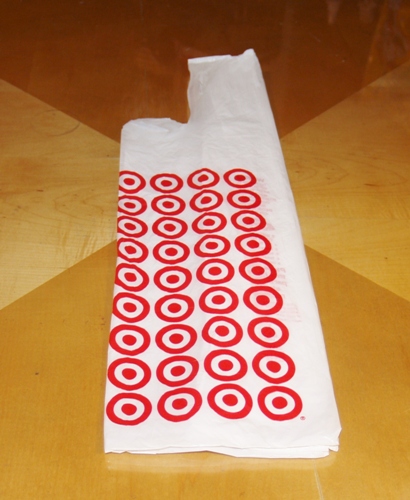 Place another folded in half just on top of the other. 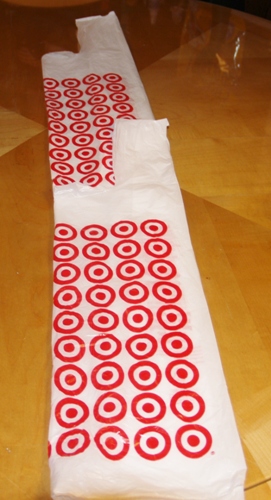 Fold the handle of the first one over so it sticks out. 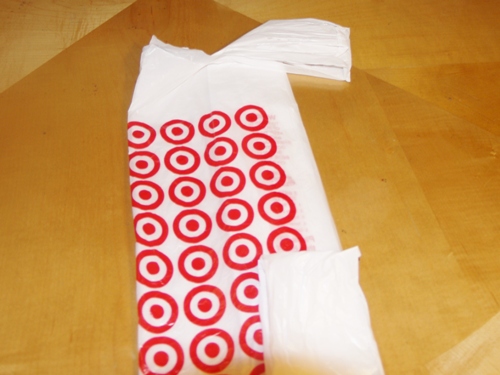 Start rolling……and roll up about 15. 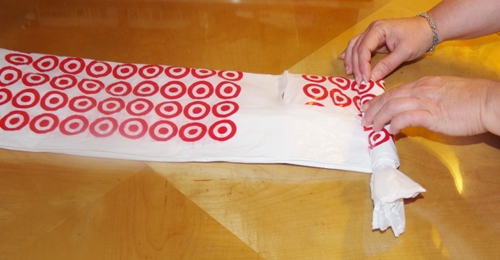 This is what it should look like when you are finished. 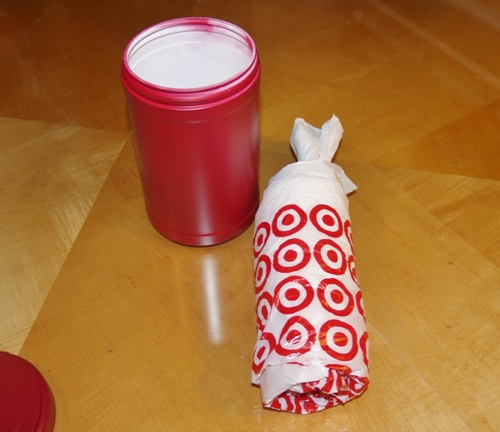 Then, make sure Kleenex fits in the Hiney Wipes – and they do! 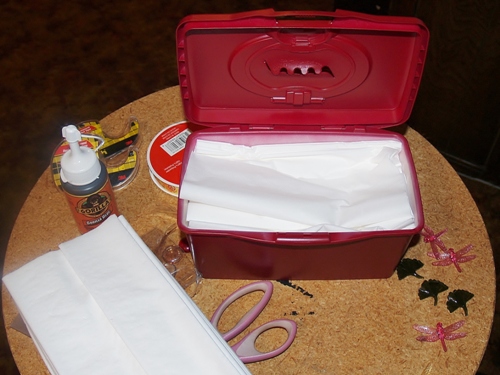 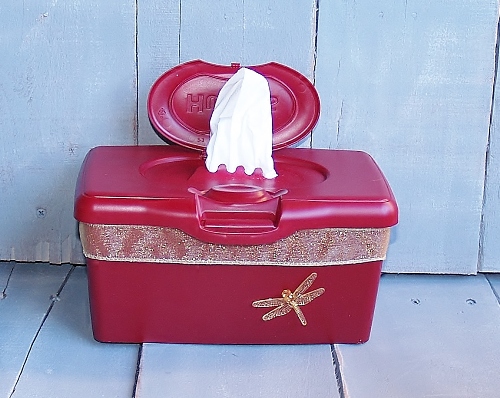 For the Kleenex holder, I used gold wire ribbon which I tack with a line of glue around the top to hold the ribbon on. Also I glued a golden dragon fly I found at Michael’s. Looks pretty good, huh? 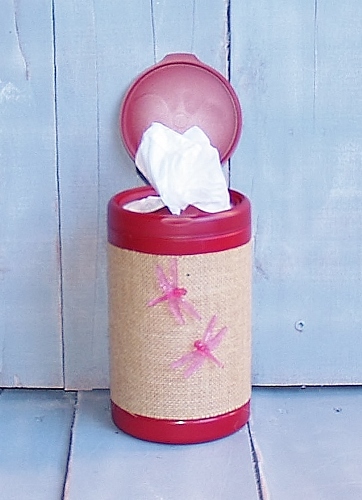 Then for the Boogie Wipes I bought 1 sheet of burlap from Michael’s and put it on with a thin layer of Mod Podge and then I added 2 pink dragon flies bought in the same little package for $.99 at Michael’s. 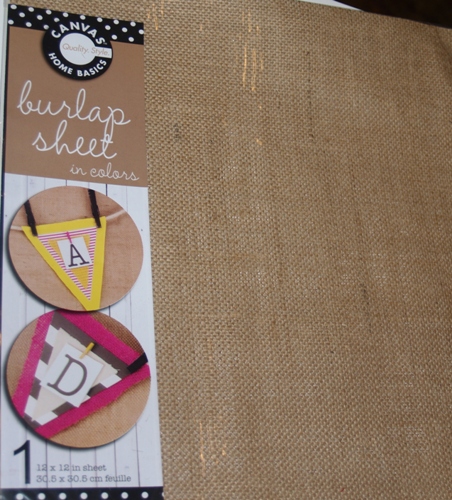 She loves it and wants me to make 10 matching sets for her to give as Christmas Presents to her friends at the retirement apartment complex where she lives. Well, we have the containers – that’s for sure! 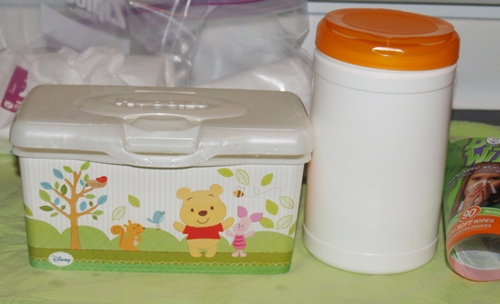 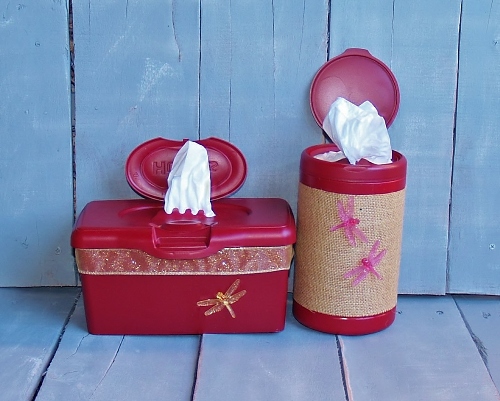