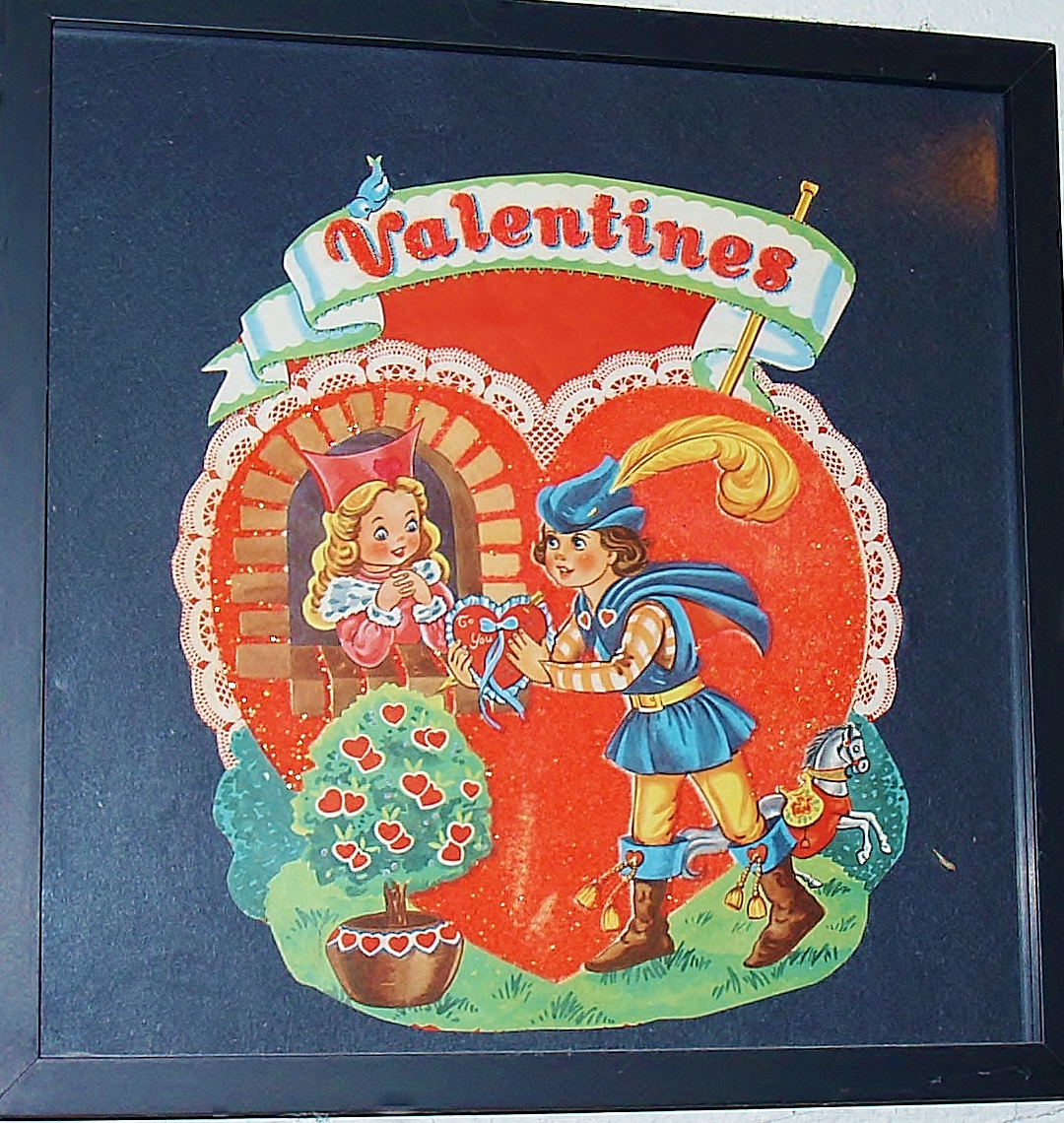 I know many of you prefer to make all meals from scratch and I think that’s just wonderful! I am not bound by such a preference. Truth is, I get up long before most people and am at work very early, this is my busy “season”, and the office is a very stressful place to be so when I get home I am exhausted. The last thing I want to do is stand over a stove for an hour or so. I appreciate anything that can make my life easier and our meals quicker while still being tasty. I have been seeing the commercial for this product for some time: 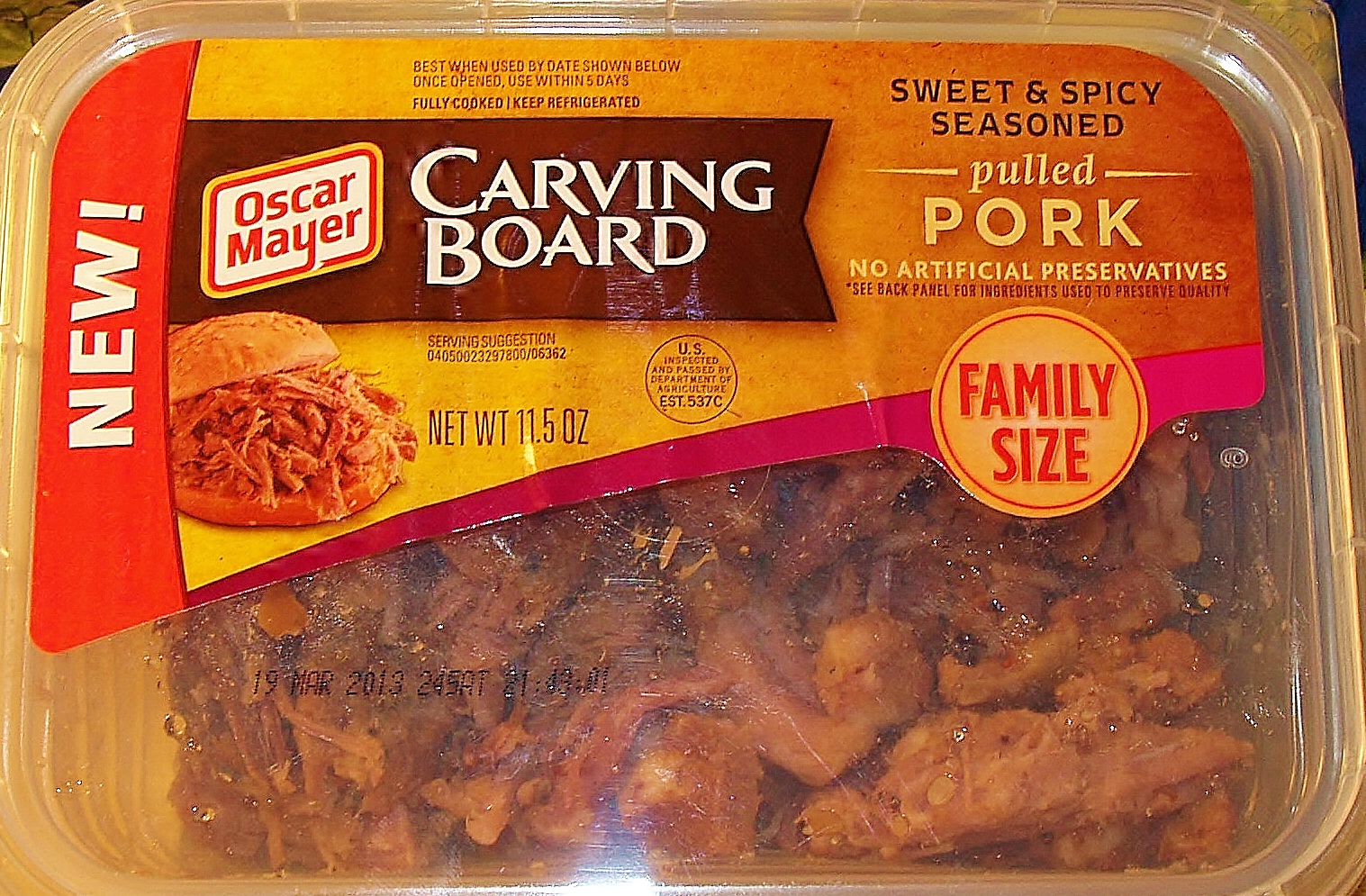 The other day Top Girl was at the store when she called to ask if I needed anything. I thought of that and told her to pick up some Oscar Meyer Pulled Pork if they had any. They did. Even though I was off work today, I had about 6 loads of laundry to do, cookies to bake, posts to write for the blog, projects to finish and one last thing: I was interviewed for a second time. Second time? You say……….yes, second time. A few weeks ago I was contacted by someone saying she was a journalist doing a story on caregiving, had purchased my eBook “Taking Care of Mom and Dad” as part of her research and wanted to interview me on a specific subject in the book. She also said it would only take about 10 minutes. So of course, I Googled her right away – sure enough – she is a real journalist and writes real published articles. I told her that was fine but since I was at work, it would have to be during my lunch. The appointed time came and she called. Yep, the caller ID showed a real magazine, so I answered. Long story short, the call ended an hour later and the quote for her article was now a series of articles! She began publishing the articles and purchases of my eBook have skyrocketed…..so, today she wanted a little clarification and that conversation turned into one about another subject of which she will be writing yet another series of article on. This is so exciting! But, back to the pork.

The ingredients started with pork so I thought that was a good sign…….it could have started with filler. Nothing I couldn’t spell or pronounce on there so I was optimistic. I opened the package and was met with a good yet familiar scent that I could not put my finger on just yet. The package said to put the meat in a skillet and cover for 5-7 minutes until heated through. 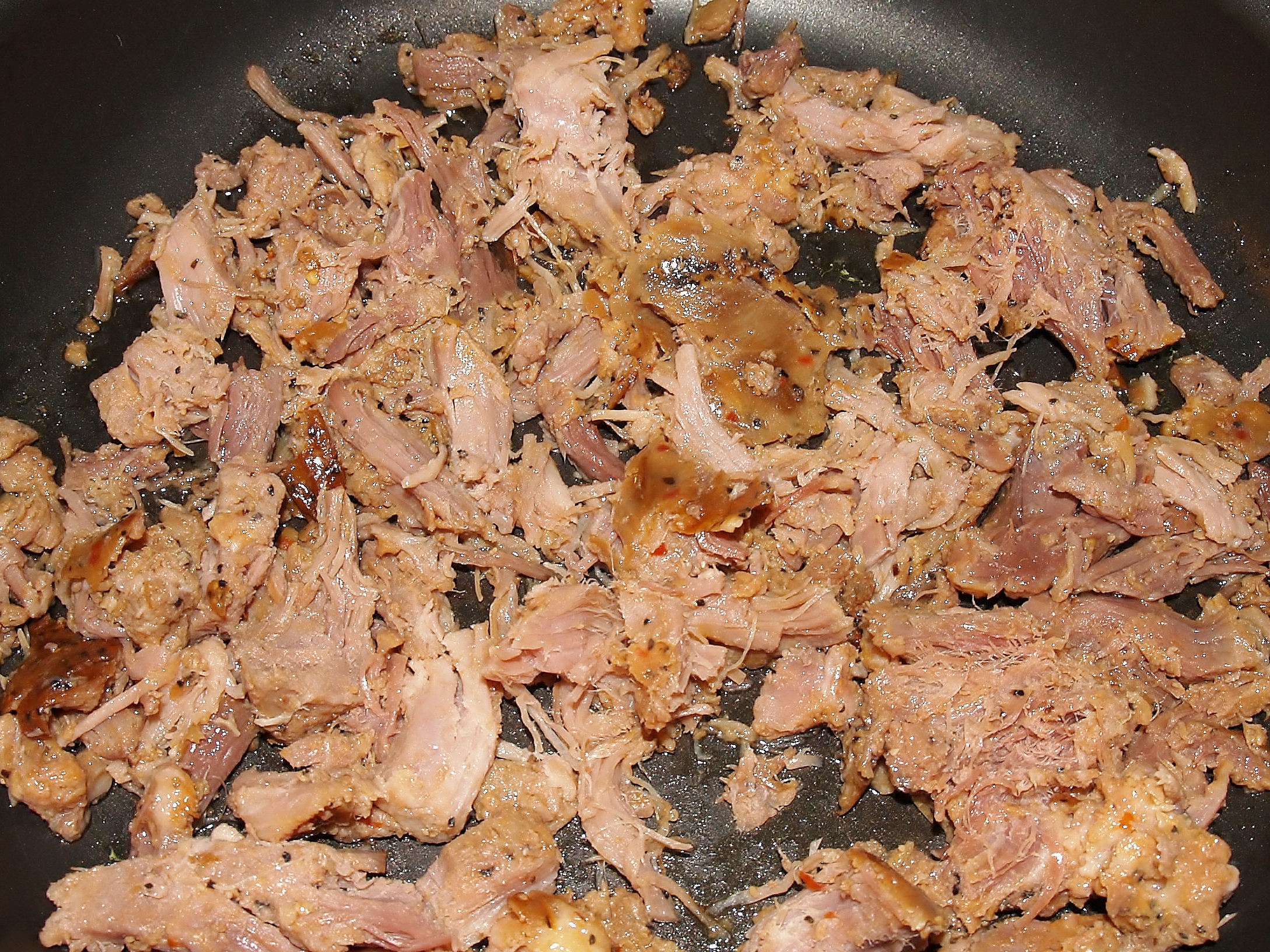 I felt it was a little dry for that so I put in a tad of olive oil. Heated for the allotted time and spooned onto toasted hamburger buns. I had onions on mine as you can see from the picture. My husband says I like onion more than anyone he’s ever known. 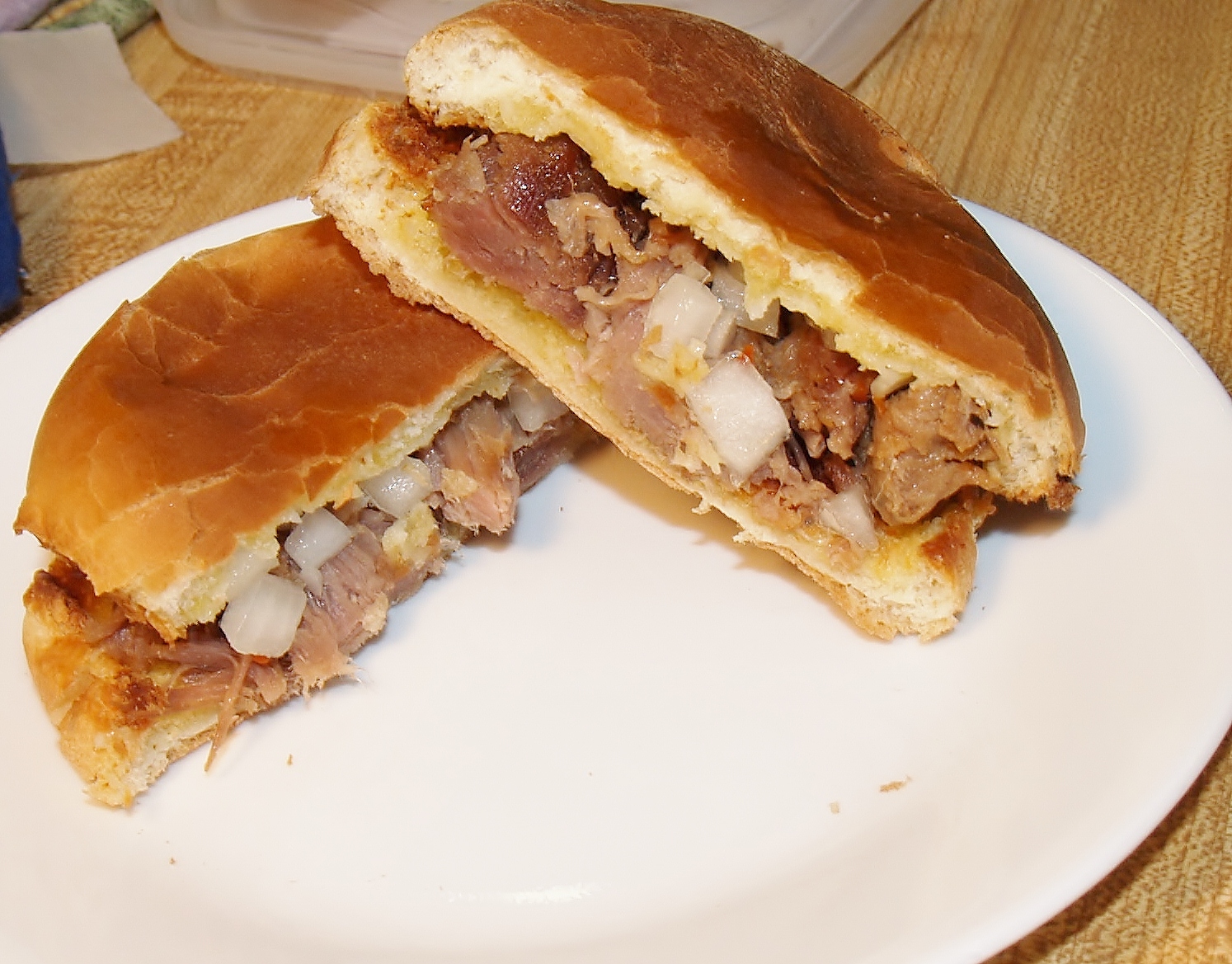 It was very good and I will make it again. In fact, tomorrow night we will have leftovers because there is more than enough for 4 sandwiches. Mr. Picky Eater walked into the kitchen and said, “Are you cooking baked beans for supper”? No – but THAT’S what the pulled pork smells like, baked beans and sure enough there is brown sugar in the ingredients list.

I recommend this product if you don’t mind prepared products and if you don’t mind a strong black pepper smell and taste. We like it, although I also made Ro-Tel dip and my husband put some on his because he felt it was a little dry. If you were making Cuban sandwiches, this would be perfect!

I accidentally found a whole host of Valentines of my Nana’s dating as far back as the 20’s. I was going through a drawer last night and they were in with all their 50th wedding anniversary cards from 1974. If you have any interest in valentines like this one: 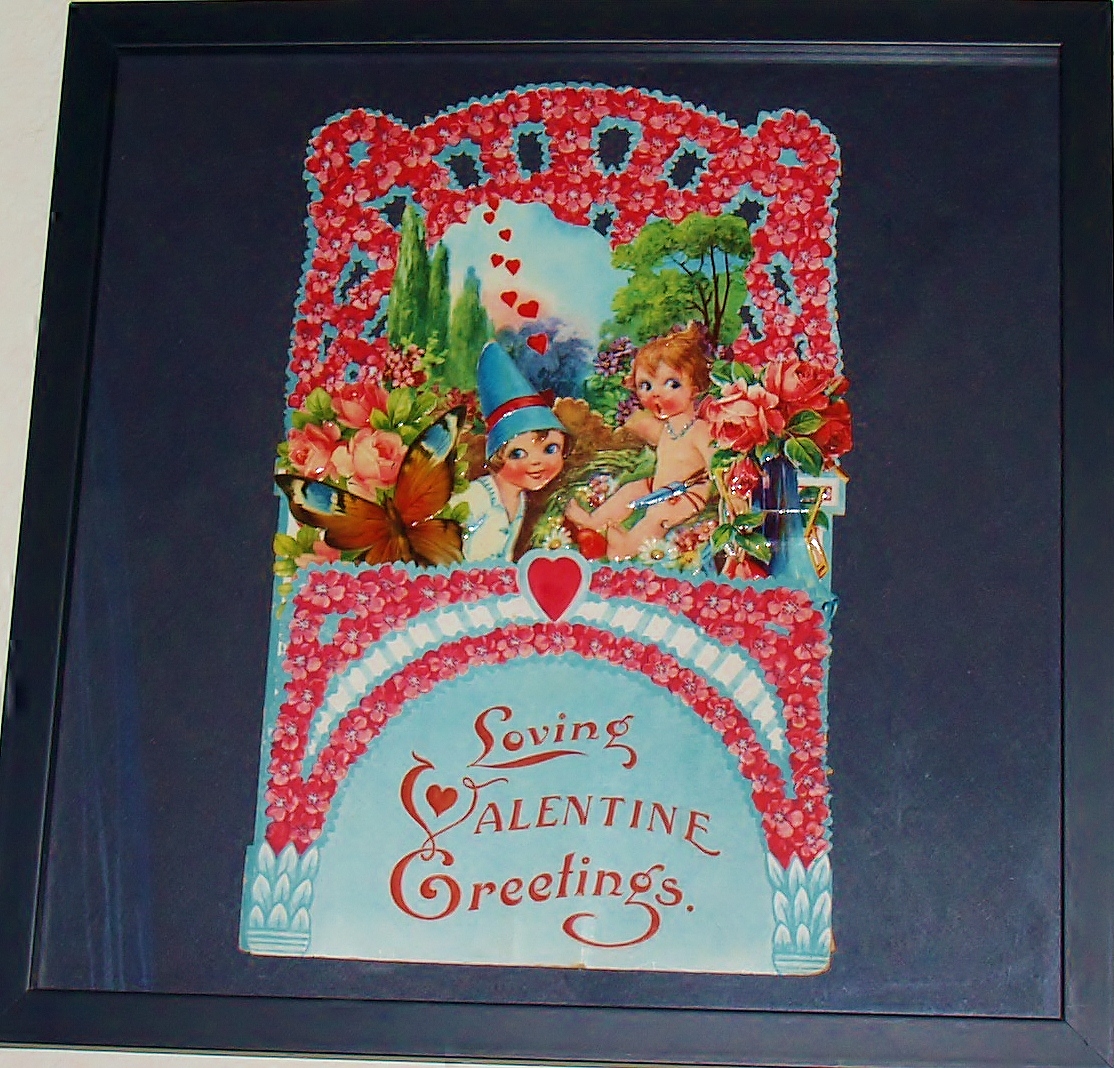 This one is mine that I purchased several years ago. Please click on this link my FB page and enjoy!