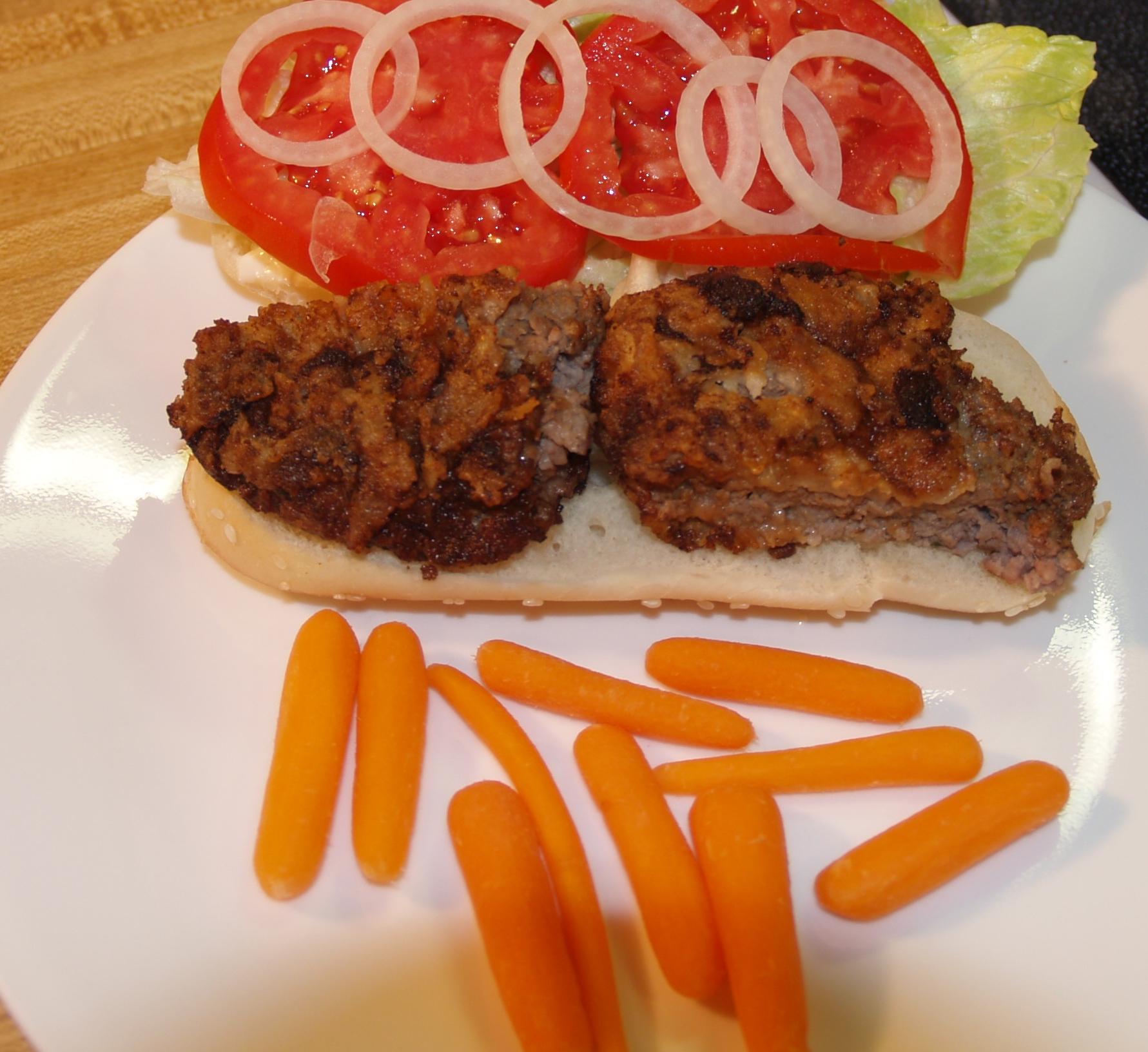 If you are looking for an aesthetically beautiful or extremely healthy recipe, this one isn’t for you. There is really no way to photograph it prettily and there will be lots of calories in it for sure however, it is one of the flagship staples of southern cooking. Chicken Fried Steak. When I met my husband in 2000 I was 38 years old, had been born and raised in the south and spent most all my life here never, ever had I eaten a chicken fried steak. I had no idea what it tasted like or what cut of meat it was. When I would see mother order one at a restaurant, the batter always looked to thick and sometimes she struggled to cut it so if you are going to waste a bunch of calories, I wanted to eat something I love: Fried Chicken. Or, some kind of sugary dish – that’s always good.

After we began dating in 2004, one night he offered to cook for me and I accepted. He was probably tired of eating out or eating one of my 3 dishes. When he told me he was going to be making chicken fried steak, I smiled really big and told him that was great with me! I thought to myself it wasn’t the first time I had pretended to like something a man had cooked for me so I felt confident I would be able to fake “deliciousness” in this too. He also told me something that was music to my ears: Stay OUT of the kitchen. I’m pretty sure that’s when I knew I was in love with him.

He made the meal and we ate it – I ate every single bite of it! It was so wonderfully tender and not as batter filled as I imagined. He also served it as a sandwich instead of with mashed potatoes, gravy (we only have “white” gravy here in the south), corn, and bread. I didn’t feel comatose when I finished eating. I told him it was the best chicken fried steak I had ever eaten! And I would have gotten away with it except just as I said it , my daughter walked in the front door and let him know that it was also the FIRST chicken fried steak I had ever eaten. I then got the third degree about whether I was actually FROM the south or just masquerading as a southern girl in order to “fit in”. Ha!

We only have this every couple of months, mostly when the kids are over. This is our meal of choice for Christmas Eve most years. Tonight he made it and allowed me to take pictures and he told me how he made it with no fear that I might want to take “his dish” away from him. He knew that was never going to happen because this dirties up a lot of dishes as well —but it is oh-so-worth-it!

These are the ingredients you will need:
Cube Steak
Oil
Milk
Eggs
Flour
Ziploc bag 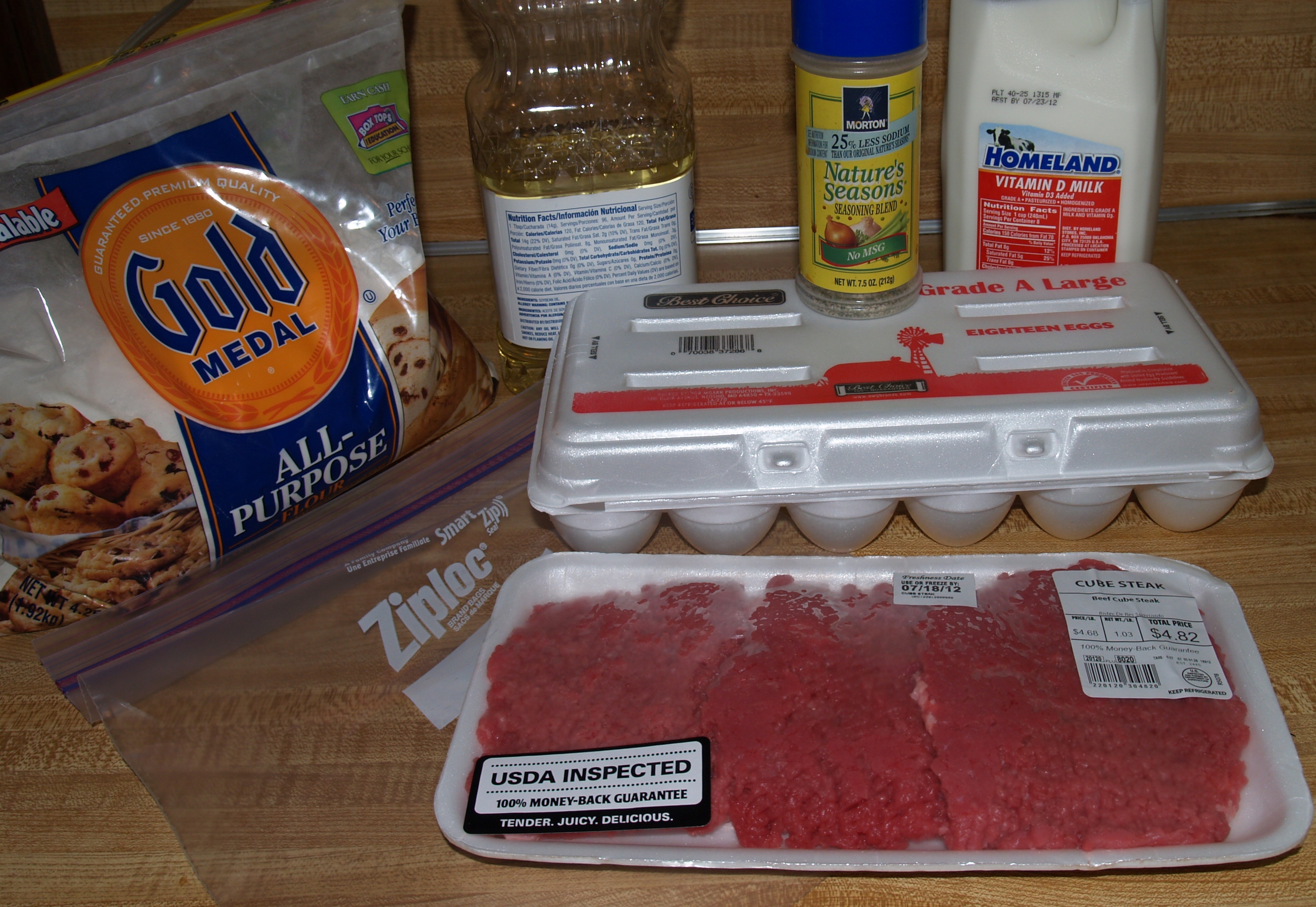 Pour some milk into a bowl: 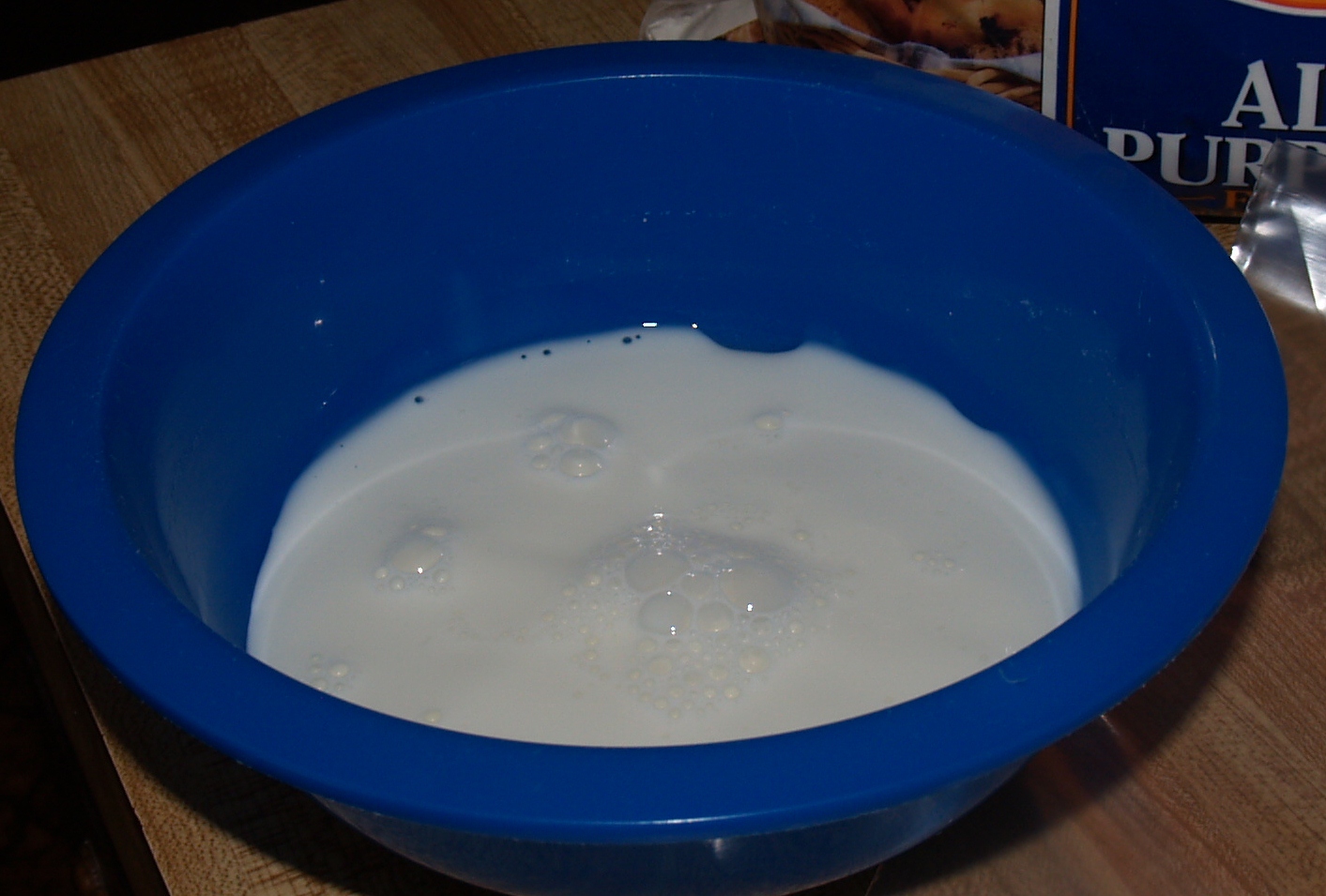 Sprinkle in Nature’s Made Seasoning – Mr. Picky-eater doesn’t use salt at all because of kidney stones: 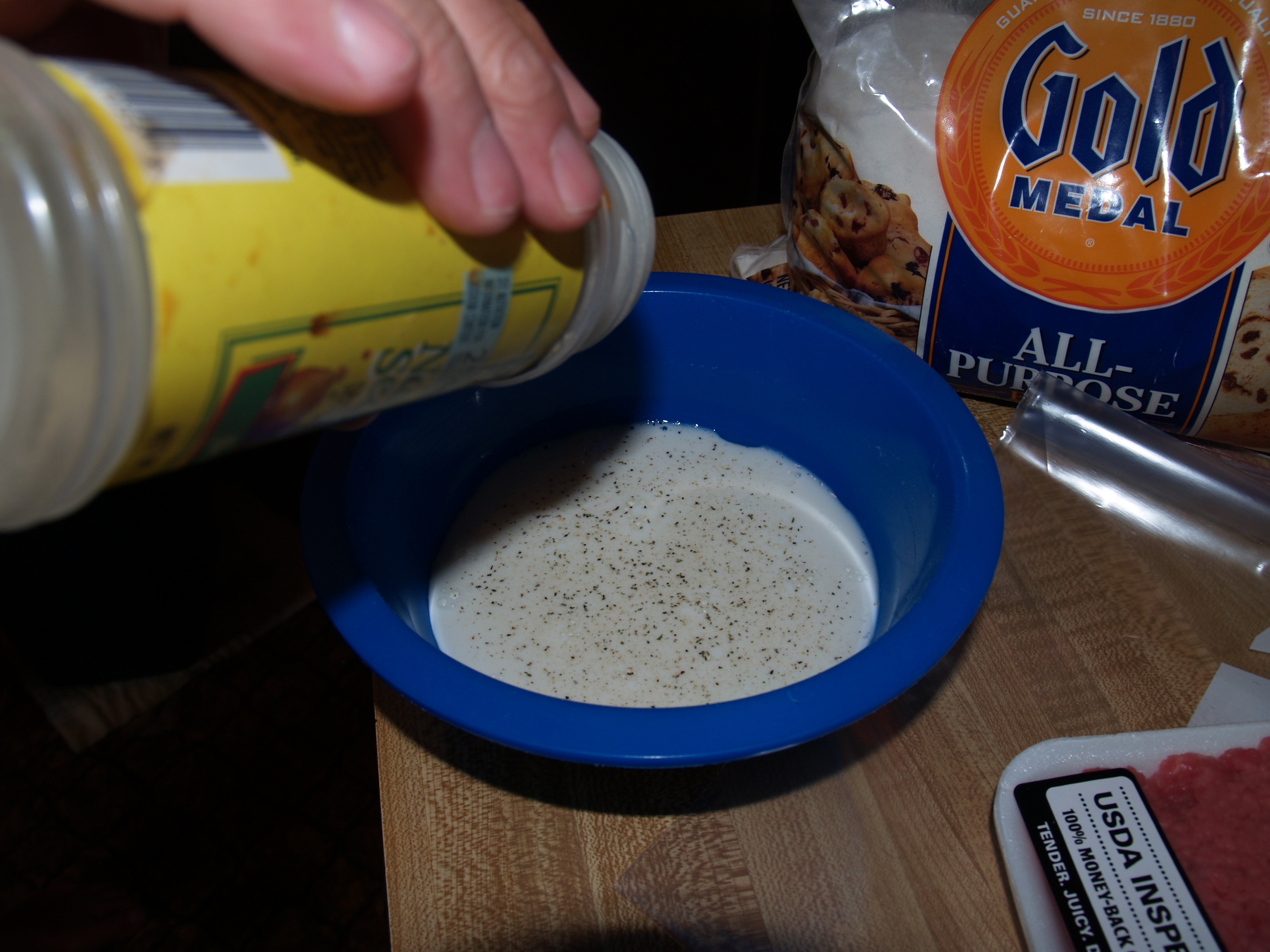 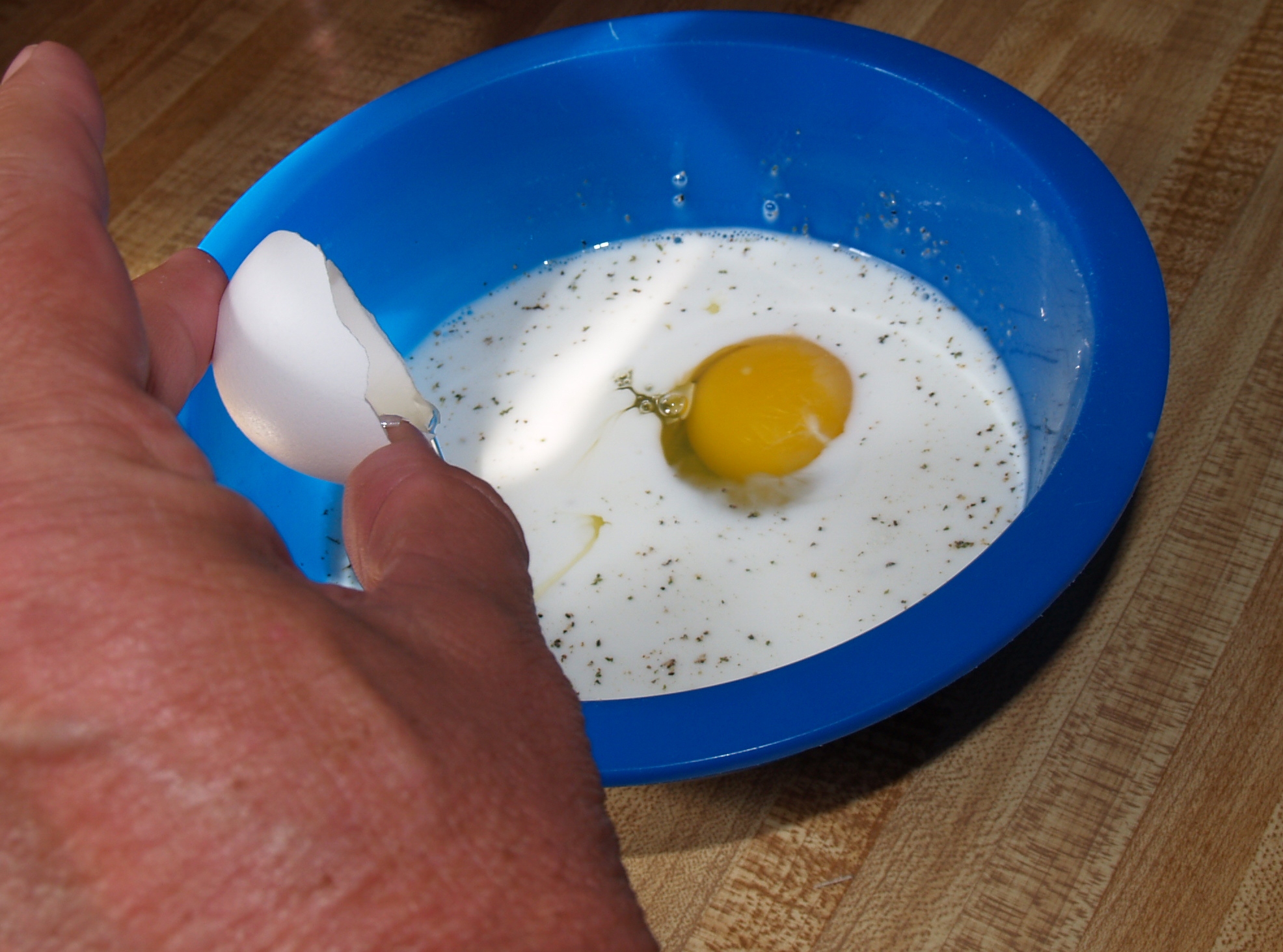 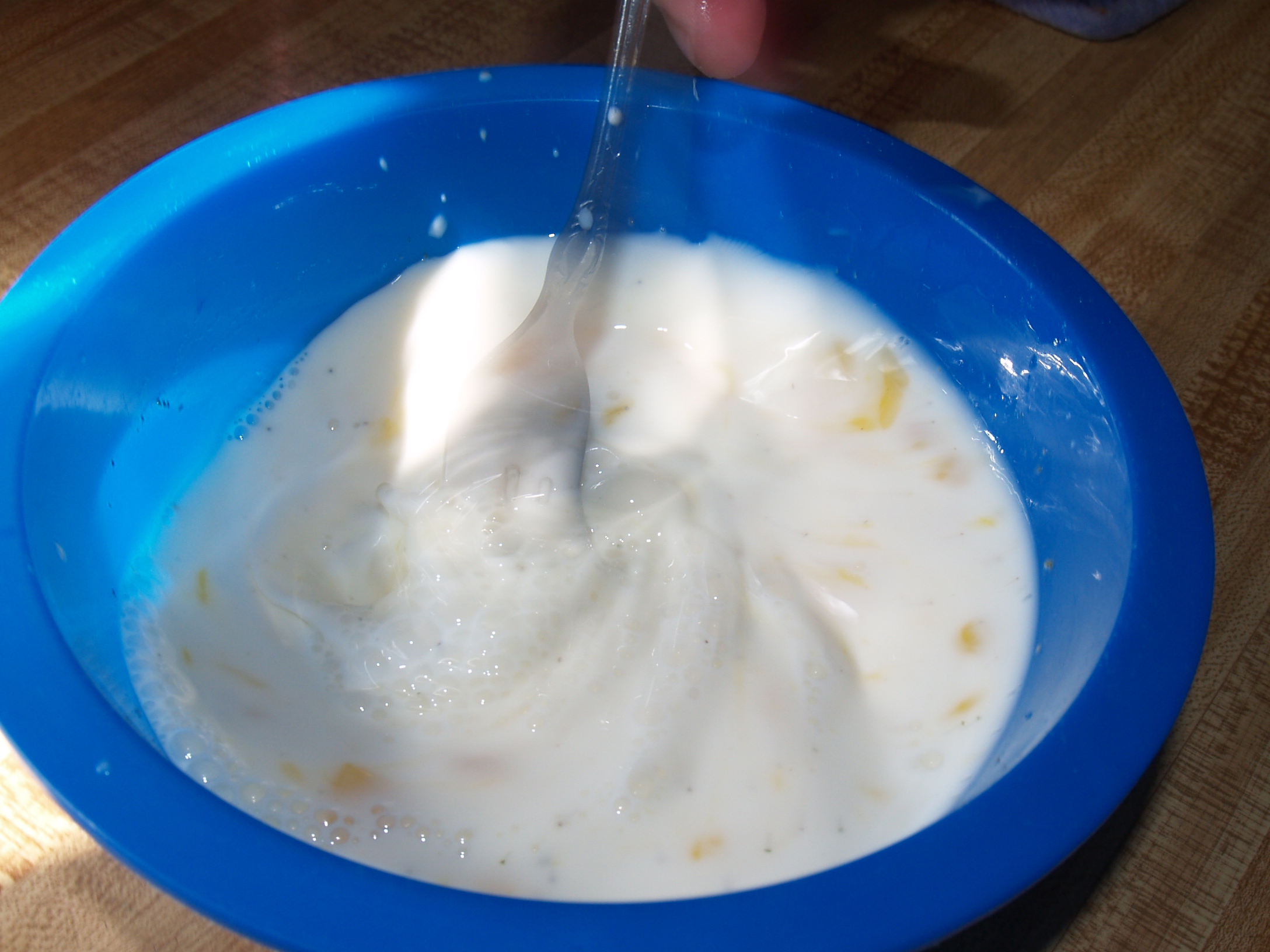 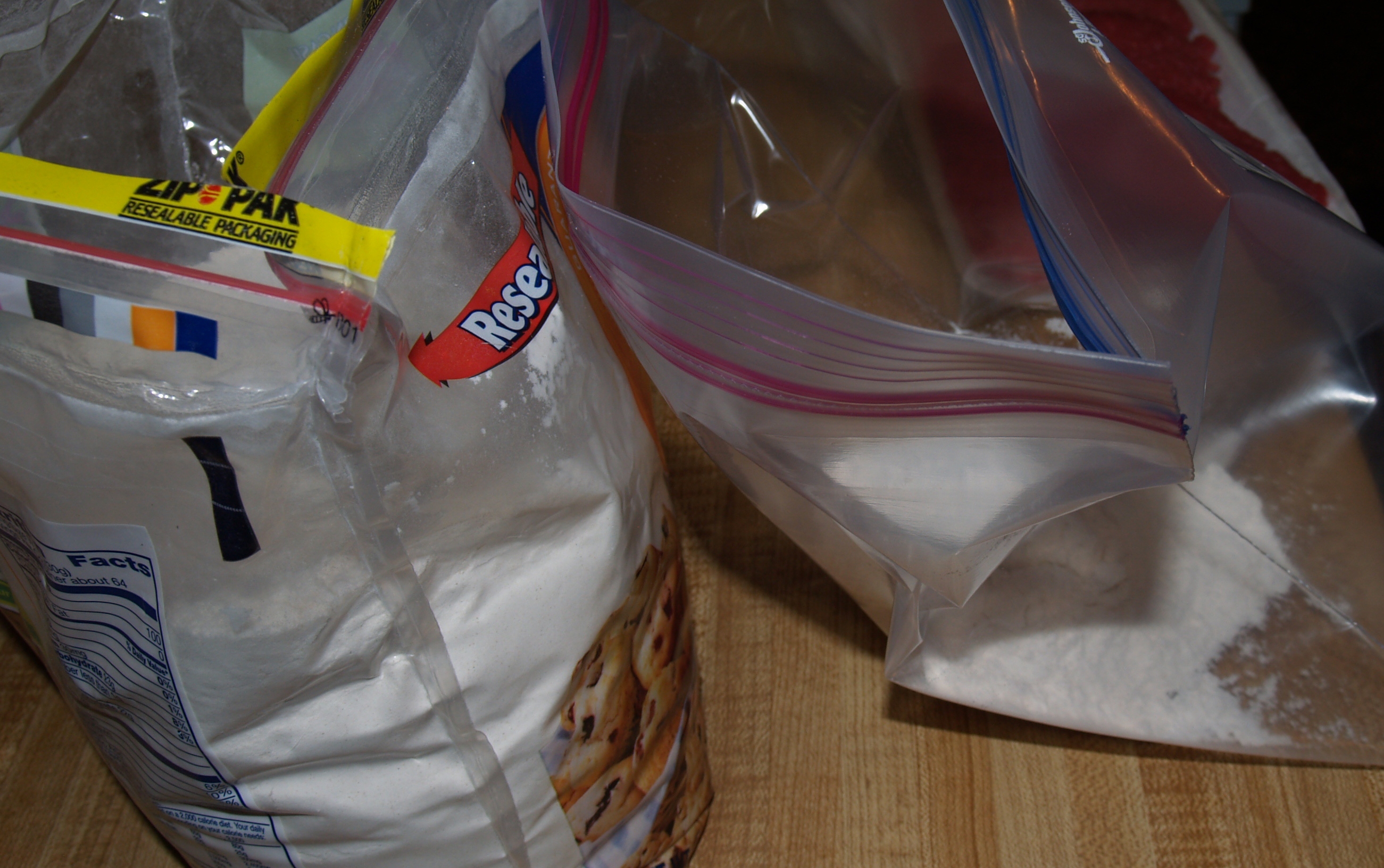 Put flour on the meat tray and put more Nature’s Seasonings on it: 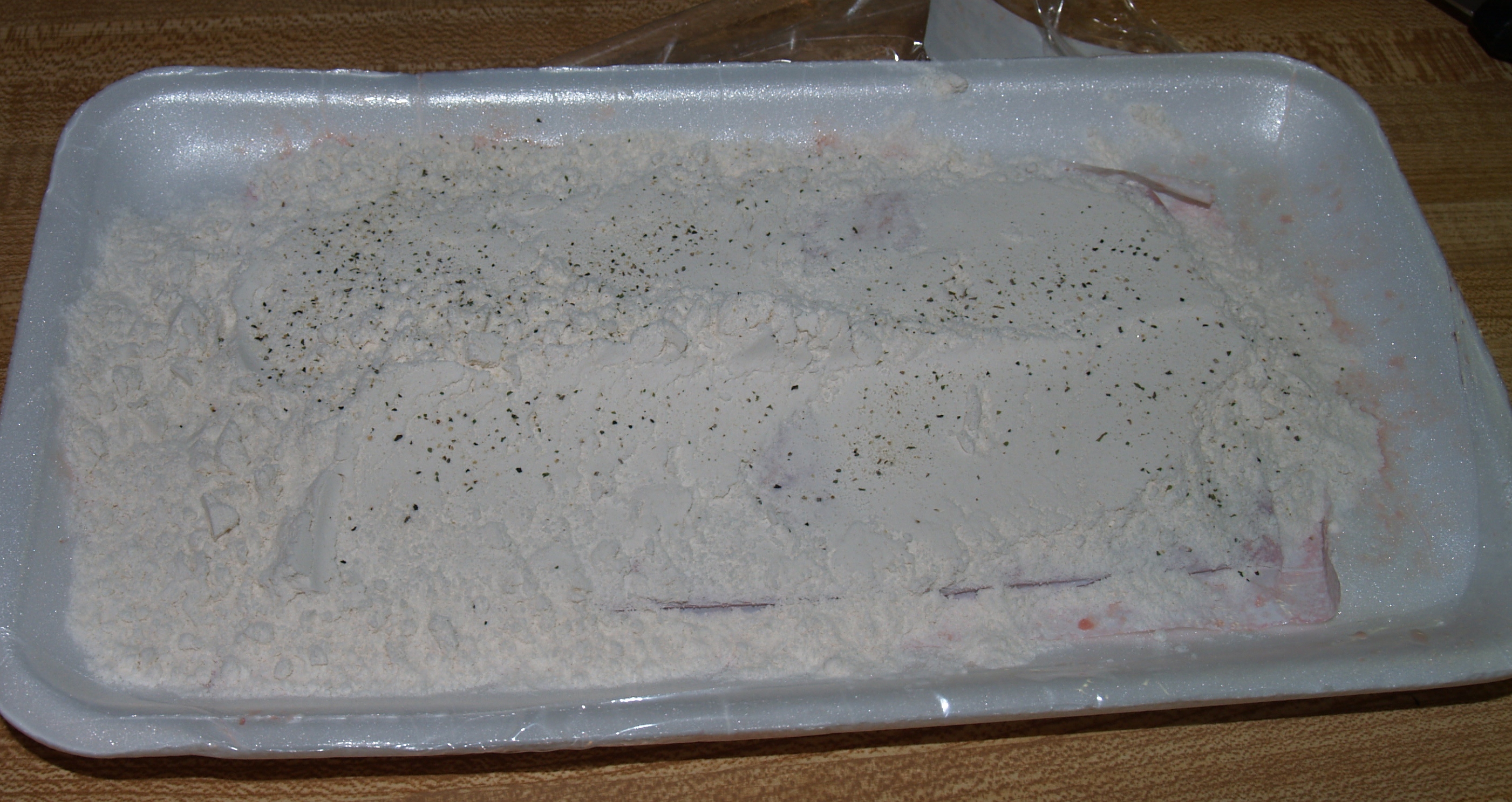 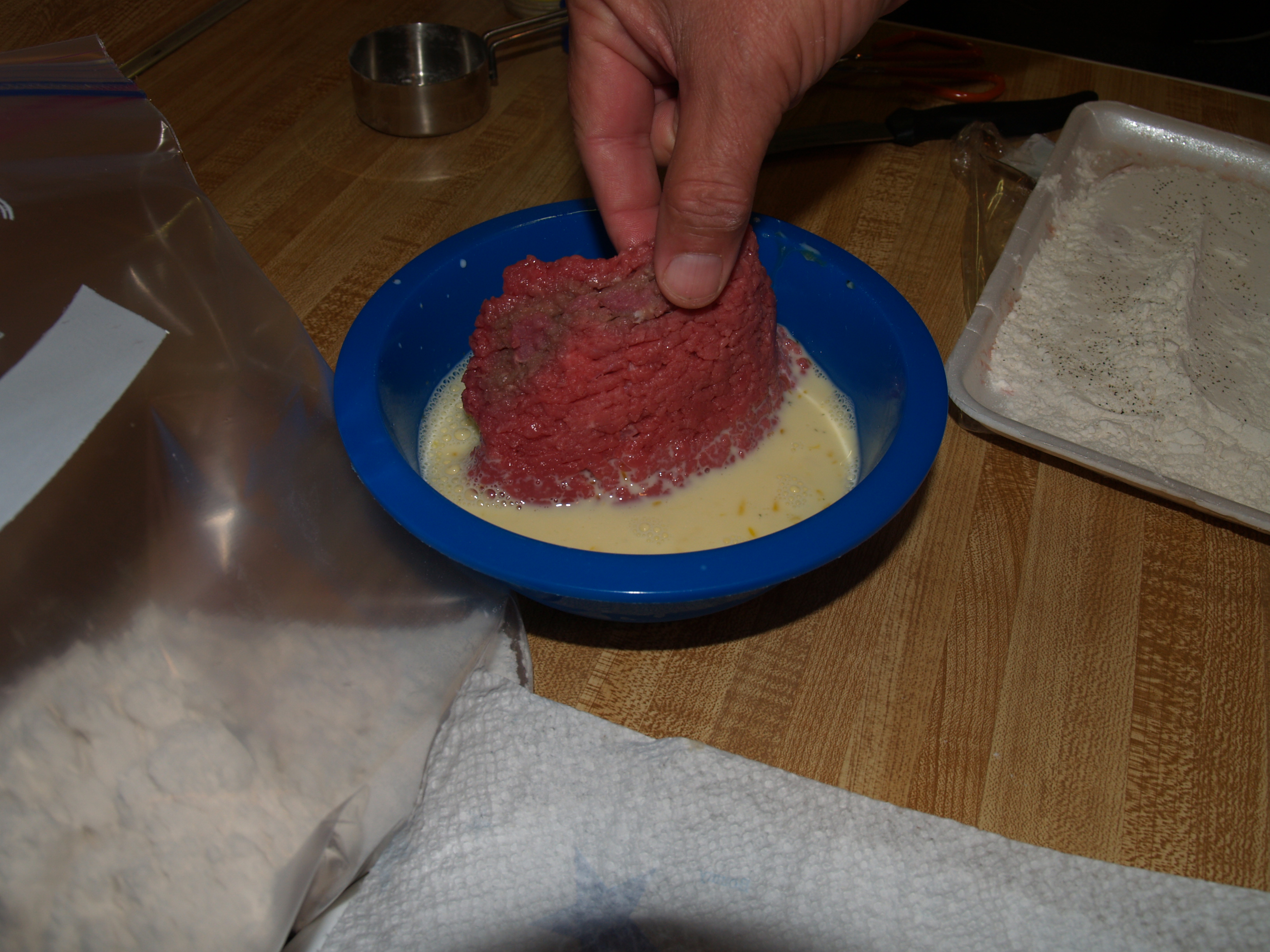 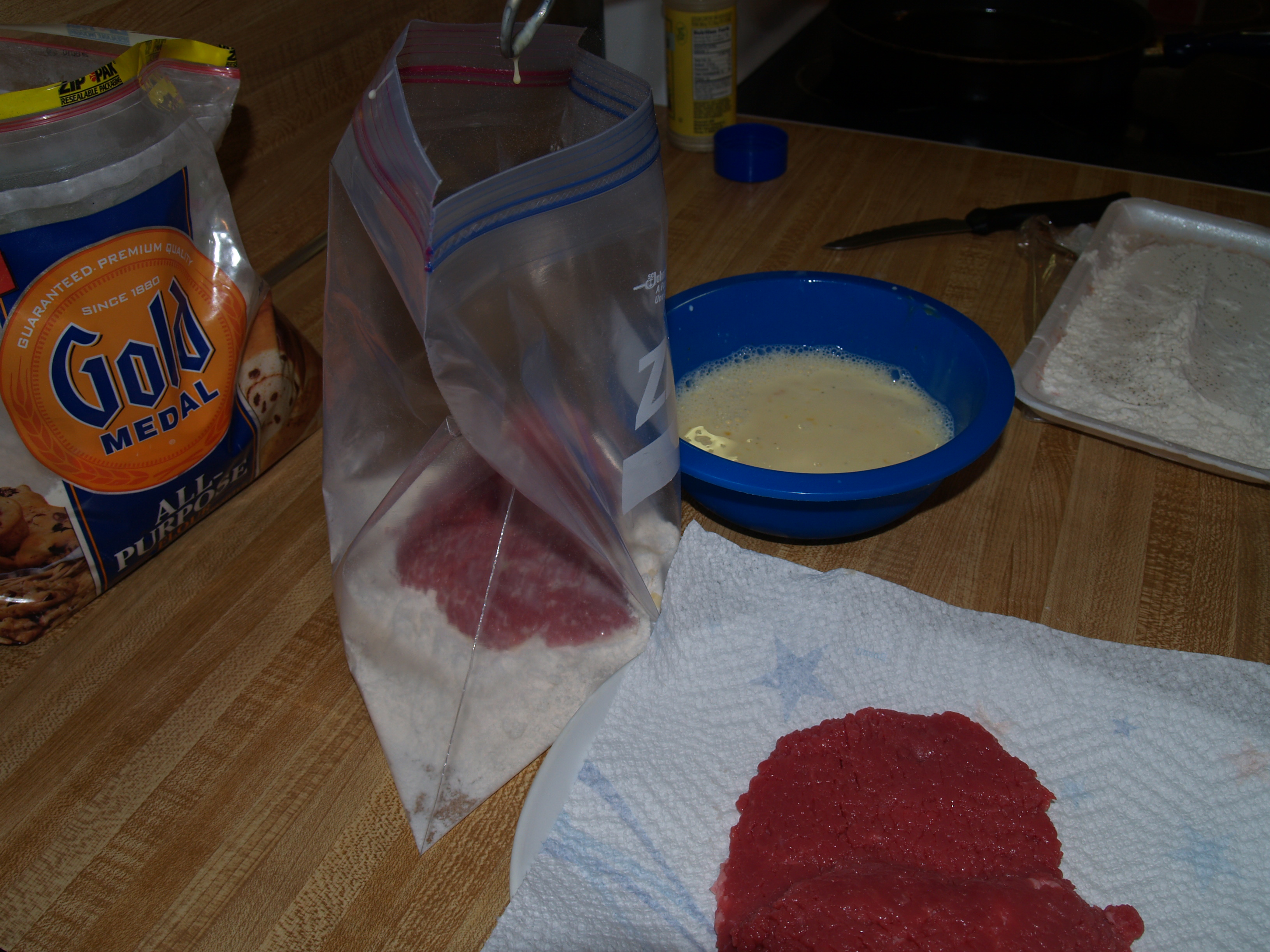 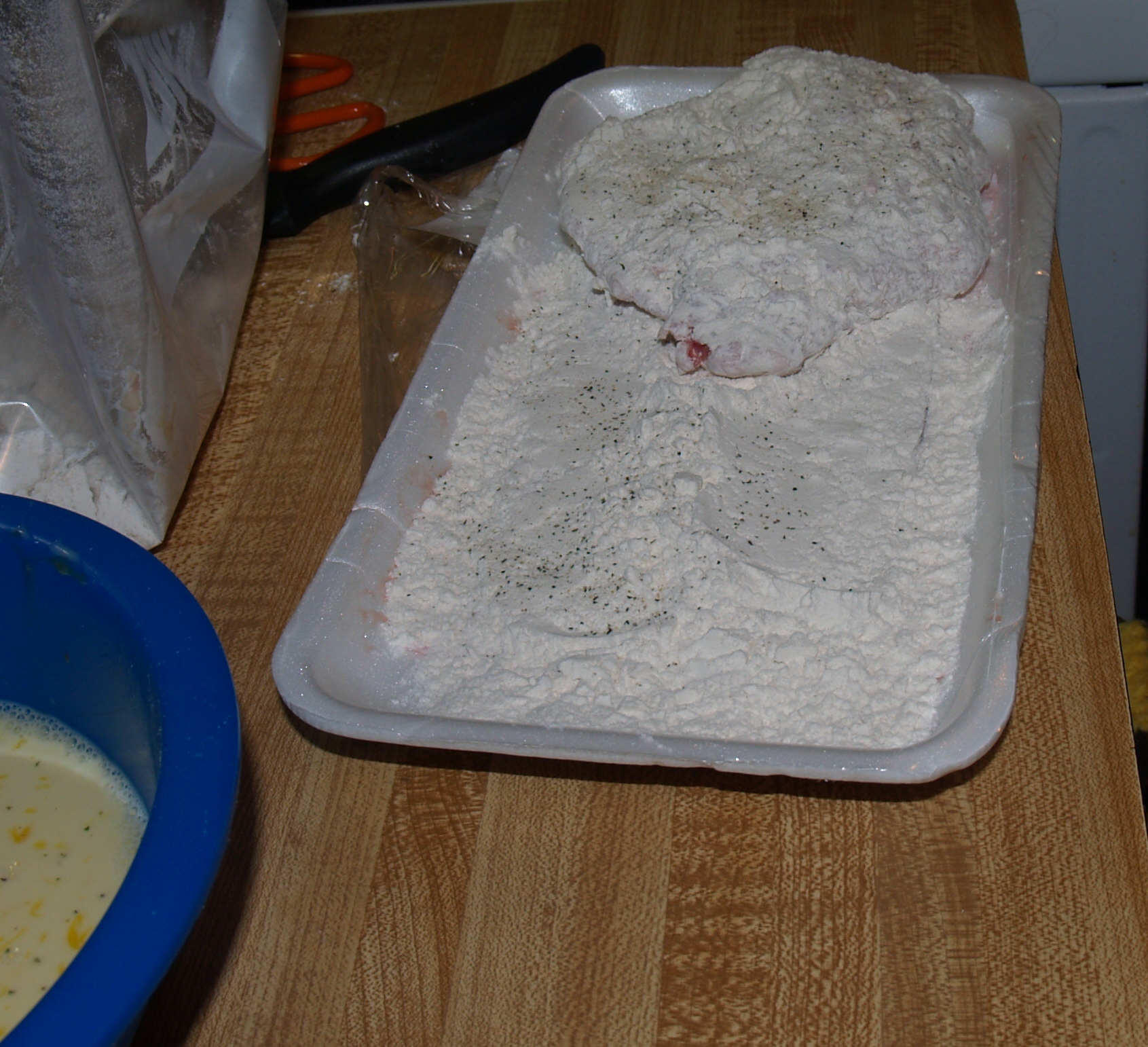 All steaks on tray: 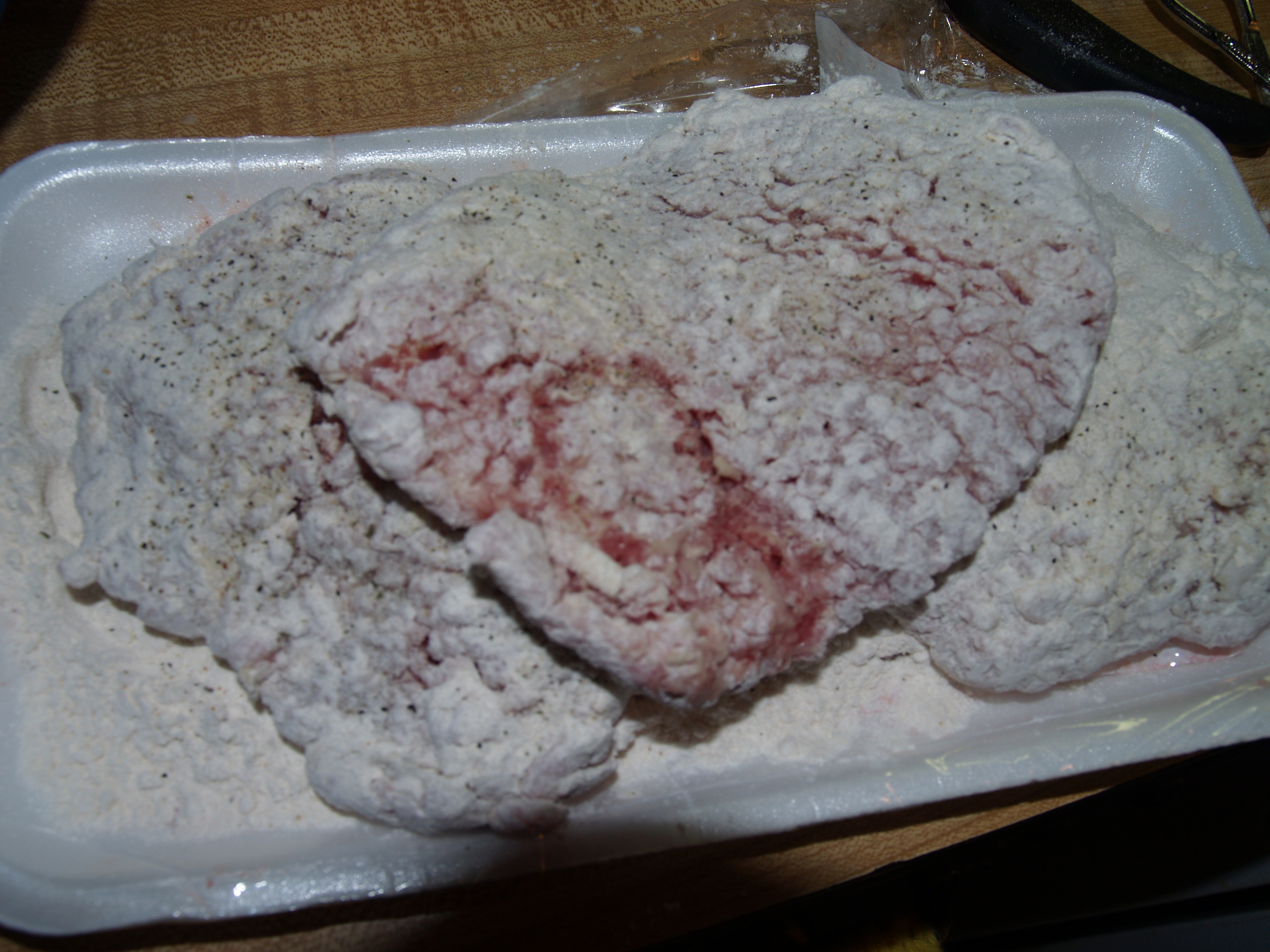 Place steaks in frying pan with oil and cook on high for 3 minutes: 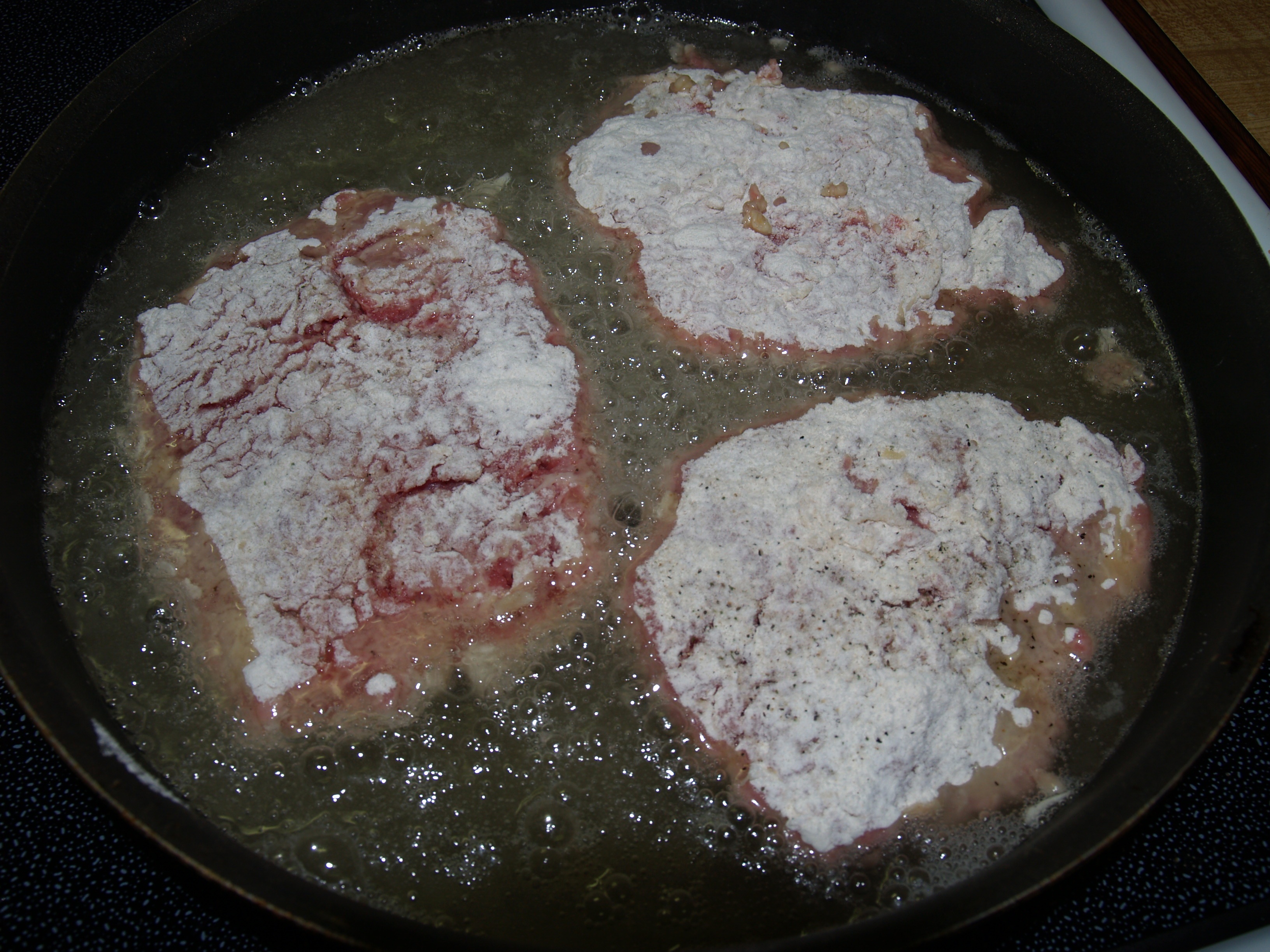 Turn steaks over and continue cooking on high for 3 more minutes: 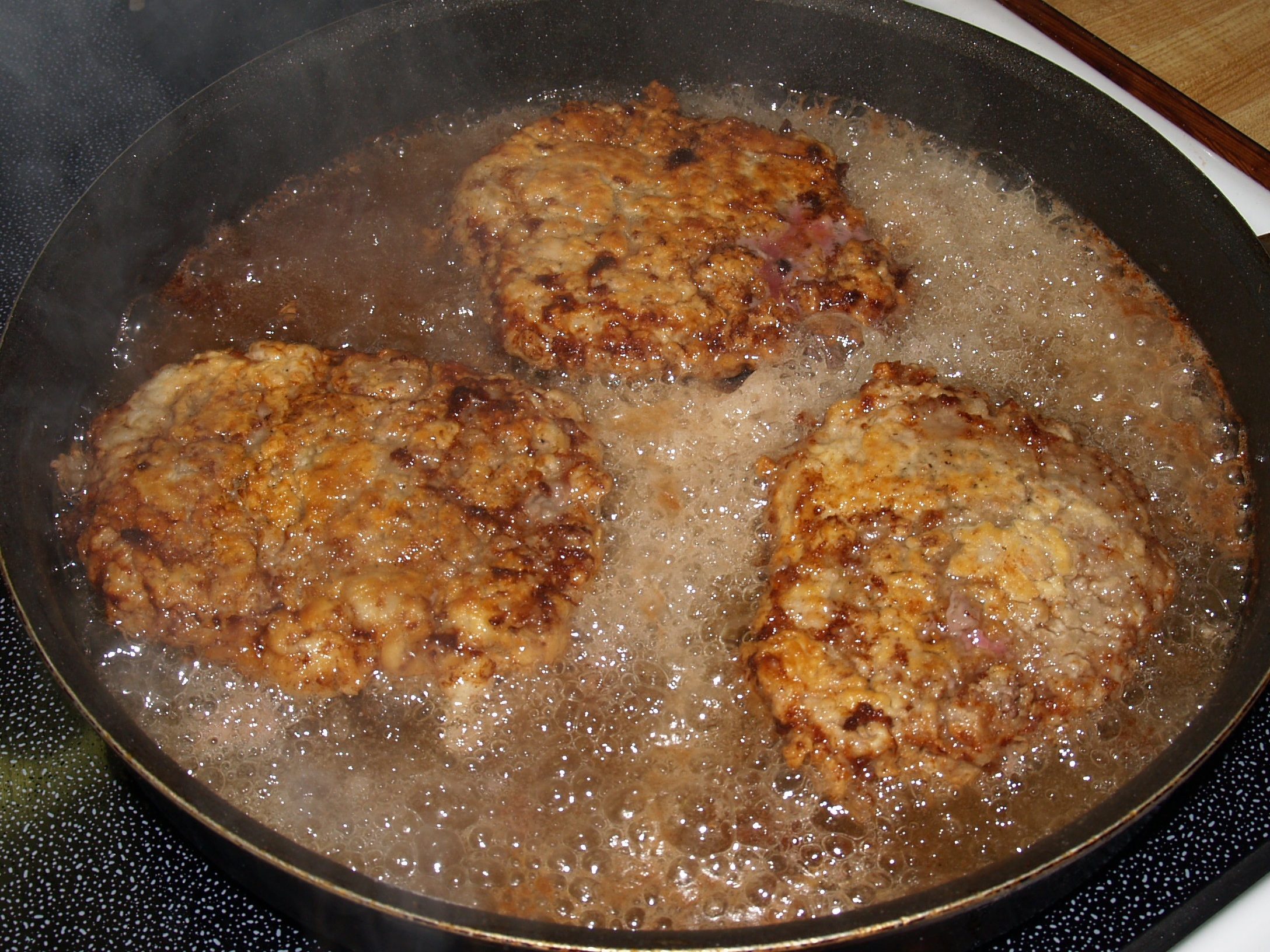 Turn steaks again and reduce heat to medium low so they will cook through turning often: 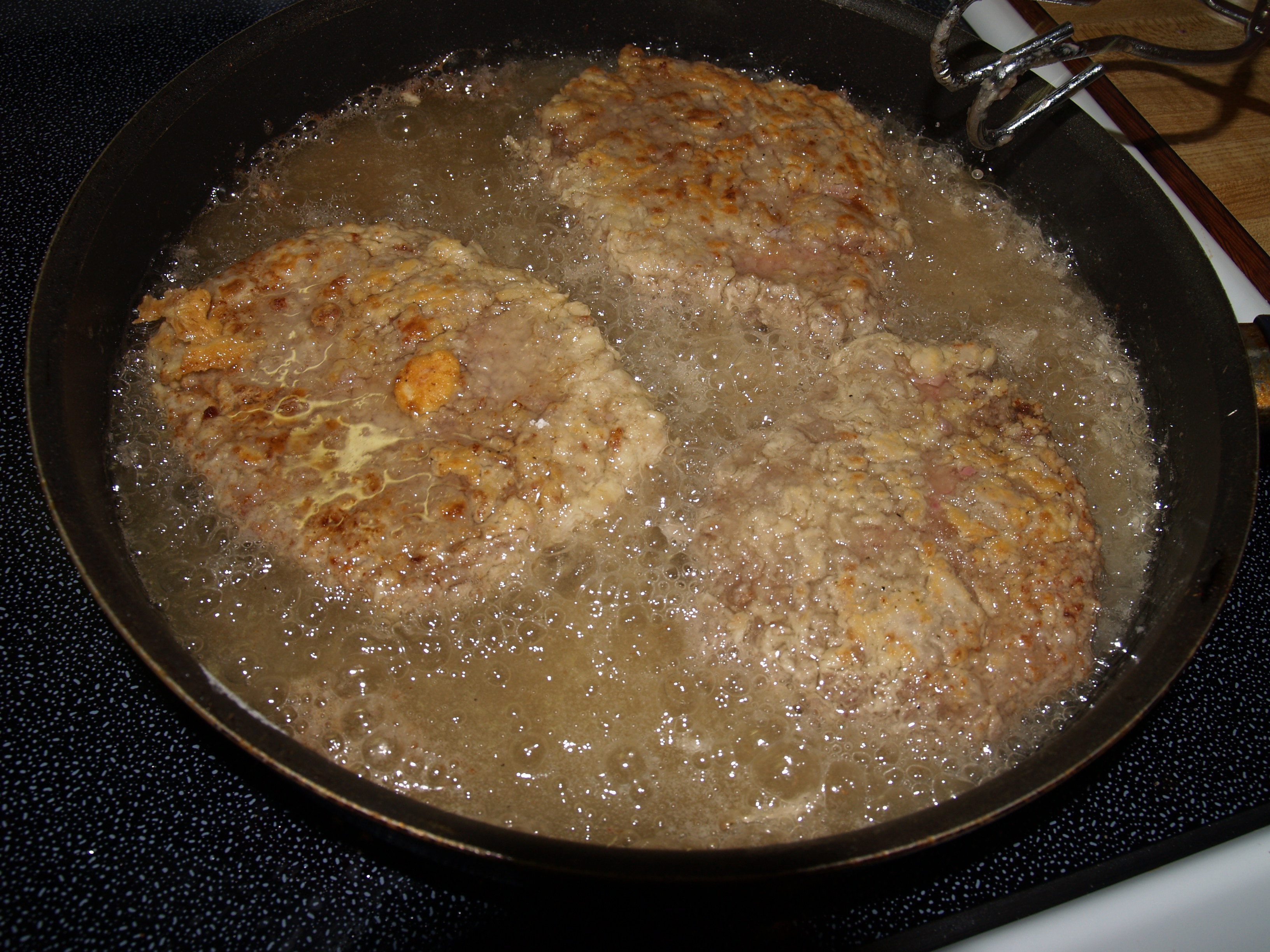 See those “whitish” spots in the top right of the picture? That means it’s time to turn: 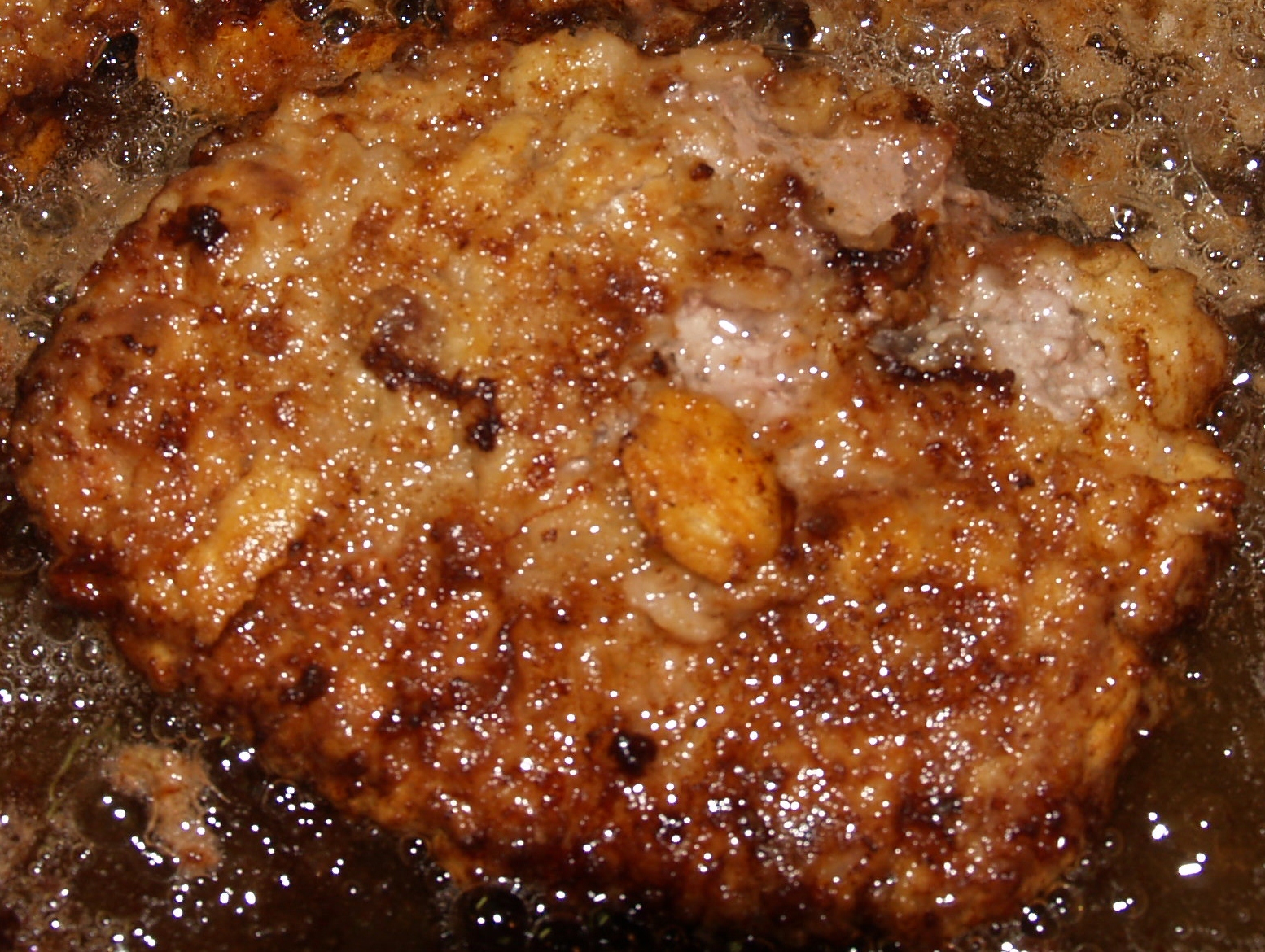 Vegetables to be served with steaks: 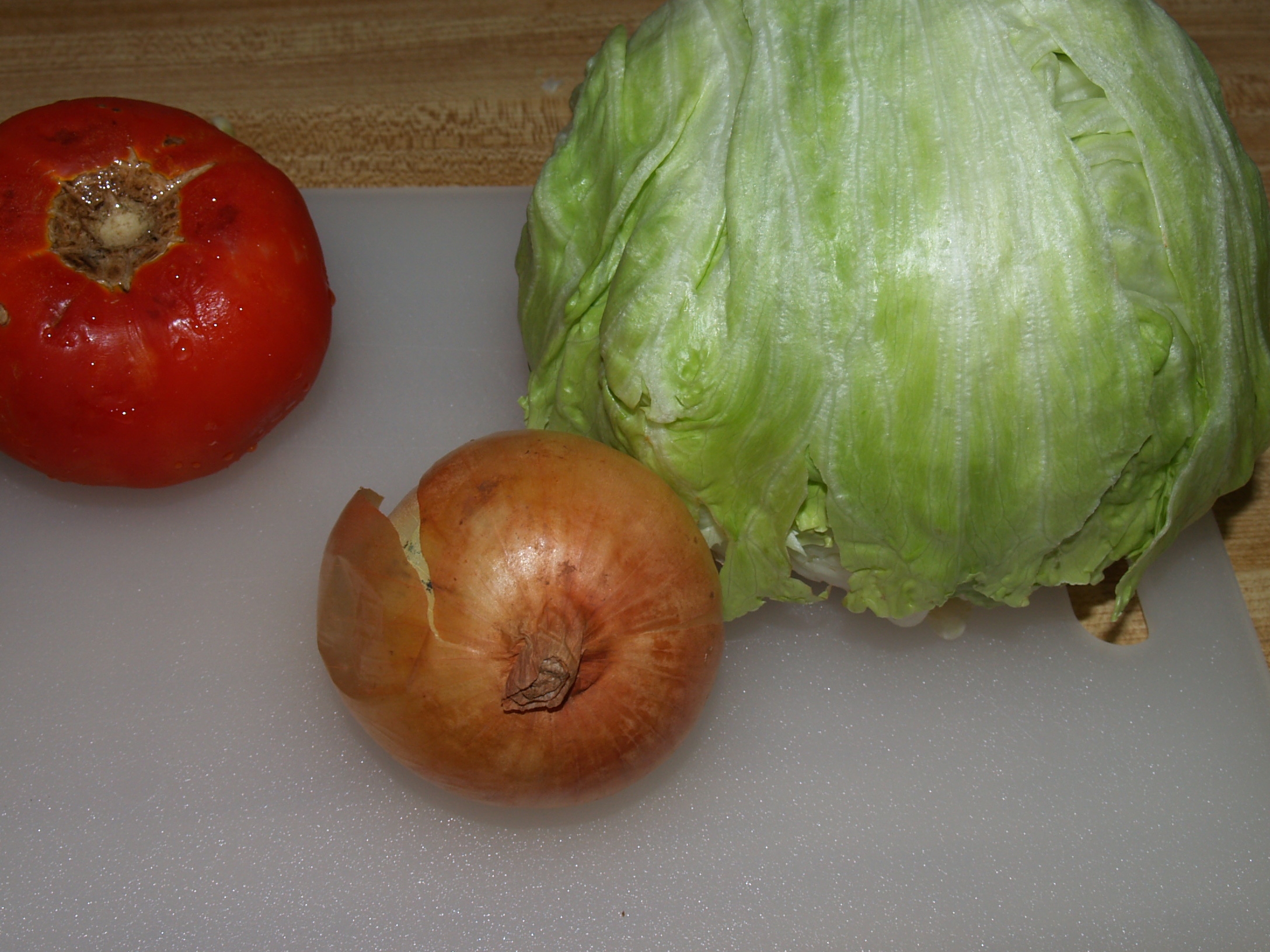 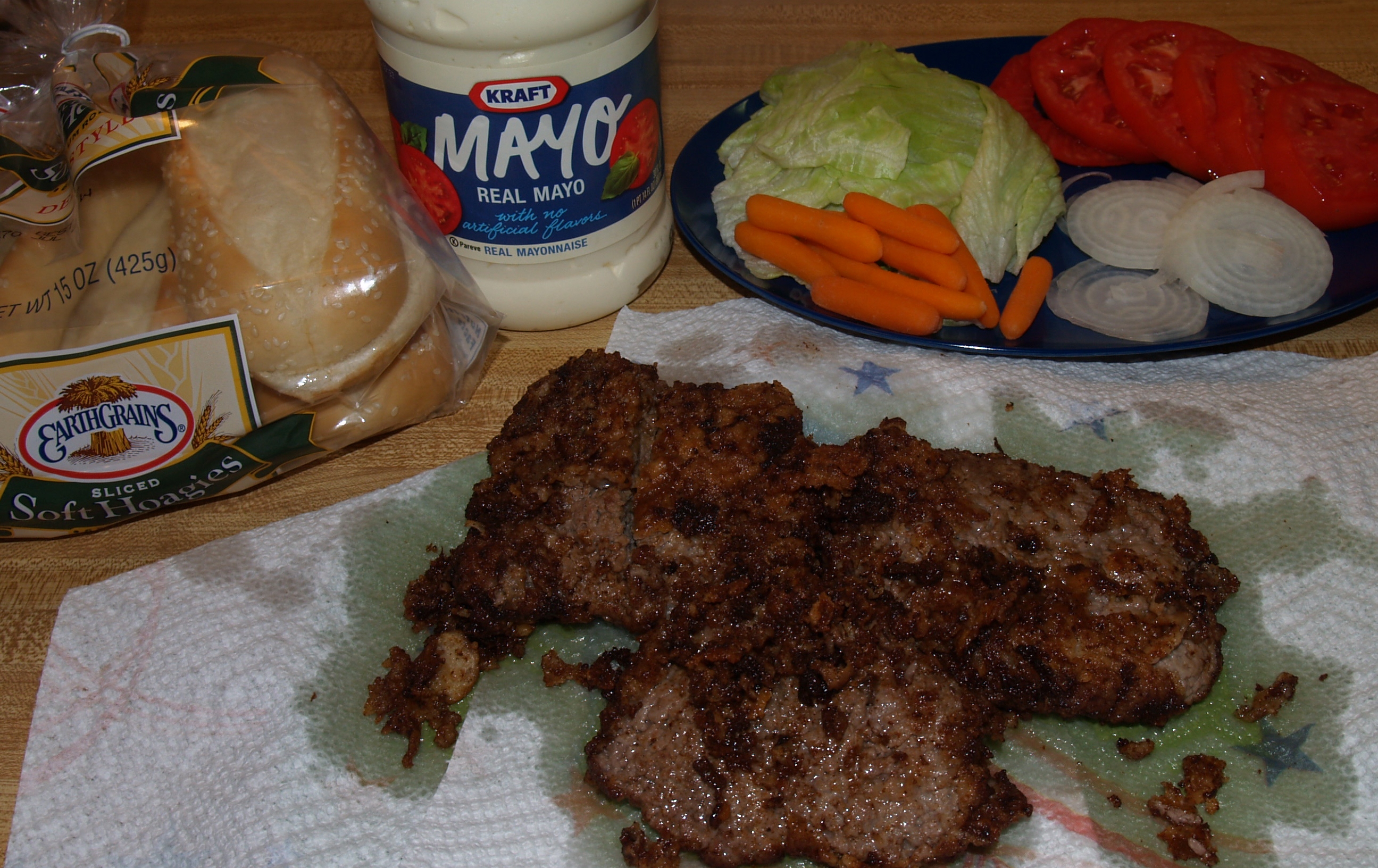 Finally! All done and ready to eat, YUM!! 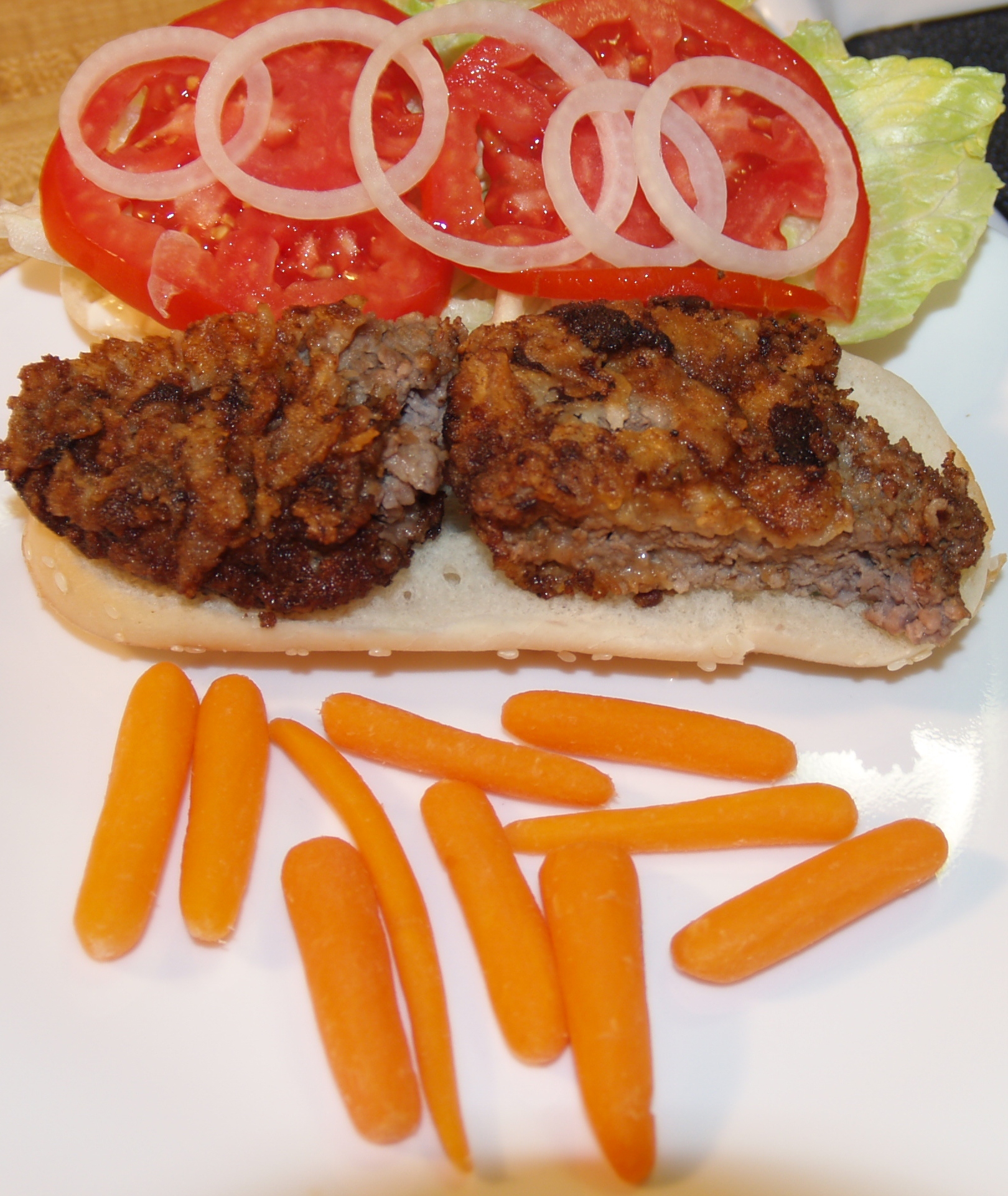