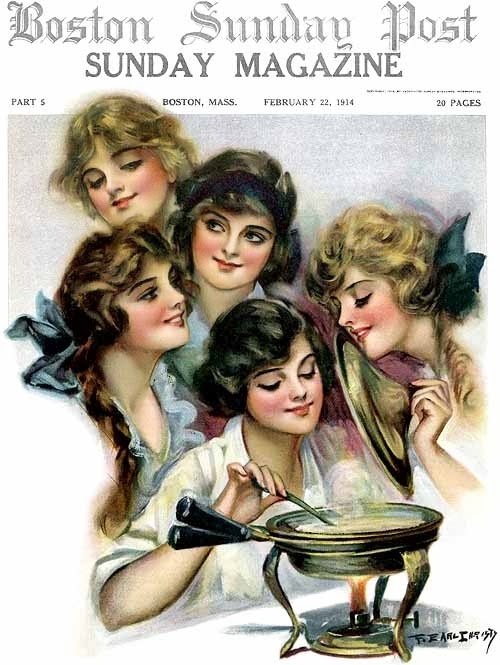 Where have you been, you ask?  Boy Howdy, do I have a story to tell you!  Get some popcorn and forgive that there’s no recipe in this post and let’s catch up.

Right after Christmas, I started feeling just a little bit worn down – but just a little.  I also began having indigestion after nearly every single meal.  I took tums sometimes twice a day. That’s really not conducive to making and experimenting with new recipes, is it?  I kept thinking it would go away and life would get back to normal.

Sometime in March my right hip began hurting as well — at this point I felt like I was totally falling apart – but I kept trudging through hoping things would get better soon.  Eventually, I was getting short of breath just walking from the parking lot into a store but still, I was not putting any of that together.

Saturday morning April 17 I got up but did not feel like going anywhere as usual because my hip hurt so bad I could hardly walk and besides, I got winded every time I walked more than a few feet anyway.  However, about 4:30 PM I felt so bad that I thought I needed to go get some pain meds and possibly some antibiotics.  We went to the minor emergency clinic where they listened to what I had to say, felt around on my hip, listened to my stomach and heart then sent me straight to the regular Emergency Room.

Once there I was introduced to my “Hospitalist” – this is something new to  me and the  role of the hospitalist is filled  by a physician employed by the hospital that coordinates all patient care from all of the specialties.  Dr. S was my hospitalist.  After some bloodwork and x-rays, Dr. S told me I would be visited by Dr. P – who would perform an Endoscopy.  He visited my ER room and told  me I would have surgery the next day (Sunday) and be feeling much better  soon! No mention of the heart issue and no  luck on the hip  pain – cannot find a reason or it.  I was finally taken to my hospital room – across town by ambulance – at around  2AM.

Sunday at about noon I  was taken to a special  room for an endoscopy.  Dr. P was there along with 3 other RNs or Techs to assist him.  He talked to me about repairing anything he saw while he was in  there and after I agreed and signed the paper, he gave me a little shot that put me what is called “Twilight” –  I knew what was going on but didn’t care!   Vaguely, I remember trying to punch Dr. P at some point and being held down by everyone in  the room.  Sure enough, I was correct!  Dr. P just laughed later and said it happens all the time but I was much stronger than most.  He repaired 3 bleeding  ulcers which certainly made my tummy feel better.

In  the  meantime, I had lost a bunch of potassium so my hospitalist (Dr. S) ordered some IVs.  Because of my dehydration and  some anemia I apparently  have getting a vein open in my arm is very difficult causing lots of sticking and rooting around with needles in my arms and hands.  By Sunday afternoon I had been stuck 20 times with  no relief in sight!  Eventually, they got a line running  with electrolytes, antibiotics and some potassium.  Remember  this:  Potassium through an IV burns like there is a fire in your arm……………it hurts so bad you think it would be better to chew your arm off than live with the pain –  even when they dilute it or  put lidocaine in to “numb” it.  Once the needle infiltrates your vein – the potassium gets stuck in your tissues and puffs up your arm to about twice its size.

By 3AM I was on  my third bag of potassium and was crying and begging for pain relief as well as my heart meds that the hospitalist had chosen not to give me because my heart had begun hurting and  my left arm was aching.  I was told that Dr. S was not to be called prior to 5AM unless in the case of emergency.  Obviously, I felt that this  was an emergency – but no one was asking me.

At 5AM I called my nurse to see if  she had spoken with Dr. S yet.   Instead of answering, she came down to my room and asked if I had a pattern of anxious feelings and was possibly taking medication for it?  I was really in pain (like making loud noises) and very confused.  I decided I would go along and see if I could  get some meds that way…………..no dice.  No matter how often I said I must be anxious and needed meds, I was refused.  I was also asked some non-pertinent questions about my uterus.  Can you believe that!?

About 10AM my husband arrived because I had sent him and my daughter home the night before.  He could see right away that I was in distress but before he could say anything a rush of people came through the room including  Dr. S who told me my EKG was fine but my blood work showed that I was currently having a heart attack so I would be transferred BACK to the hospital I originally went to.  Next thing I know there’s the doctor, 5 nurses, a discharge planner, my husband, myself, a gurney as well as 2 big EMTs for the ambulance ride.  Hmmmmmmmmm…………guess those chest pains meant something huh?

A 15 minute ride back to the other hospital and straight up to the ICU for me.  My chest was continuing to hurt although it had changed from a tightness to the feeling that there was a gremlin with a jackhammer on my chest.  I could  hardly breath and  the nurse in my new room kept giving me Nitroglycerin under my tongue – after 4 with no relief I decided that maybe I wasn’t going to make it.  BTW, my EKGs were all clear – it was only the blood work that showed I was having a heart attack.  Later we learned that there were actually two heart attacks.

I asked the nurse for a pen and paper to write down all the passwords for my husband and to tell him I loved him and my daughter.  About that time, I looked up just outside my door and there, running into my room like he was sliding into home plate was Jesus.  He had on Gray instead of white and there was no bright light – but sure enough there he was, right at my bedside, taking my hand and looking into my eyes.  I snapped out of it the  minute he said, “Kelli, you are having a heart attack right now and we’ve got 20 minutes to take care of it – nurses will be here momentarily, I’m Dr. A and I will see you in the room”.  Here’s the deal:  I hadn’t seen this doctor in a couple of years and he had gone through a pretty big transformation from short hair and bow ties to long hair, beard and flowing scrubs of the gray variety.  When he took my hand, I knew I was going to live and be just fine.

I put the paper and pen down just as my two angels of mercy arrived where they battened me down and away we went —  flying through the corridors of the hospital at a pretty good gallop on their part.  We eased into the special procedures room at a pretty good clip where it seemed about 4 additional staff members were preparing me and the room for some work.  I was given a sedative and quickly sunk into thoughts of the difference between Curry and Saffron Yellow……….no kidding, that’s what I remember thinking.

In what seemed like 5 minutes, the still beautiful nurses with the big eyes asked if I was okay and told me it was over and I was fine.  Dr. A (aka Jesus) came to me and told me that I had what was called a “Widowmaker”.  He got rid of a 100% blockage of my largest artery in my heart, then he puffed it up with a balloon and finally inserted a full metal stent.  He told  me that in the case of my second heart attack – I am a Unicorn!  Yep, a Unicorn because only 5% of the people who have heart attacks have one  like mine and of those, only 5% live through it.  That made me feel a  little special.  He asked if I  had  pain –  I told him no- then he took off to go explain things to my husband who had no idea where I was as far as I knew.

My husband and daughter were in the  room when I got back – there were some tears all around – and then a determination not to  let that happen again!   I can’t run from my gene and DNA but I CAN fight it –  and  I will!

I left the hospital a few days later and came home ready to start my new lifestyle – but in about 24 hours  I  was back in with fluid on my lungs.  It took several more days to get that down to acceptable levels and once again back home where I’ve been recovering ever since!

So –  please forgive my absence.  I’ll be back  as soon as I have enough energy to make recipes again.  Thanks for sticking with me!!