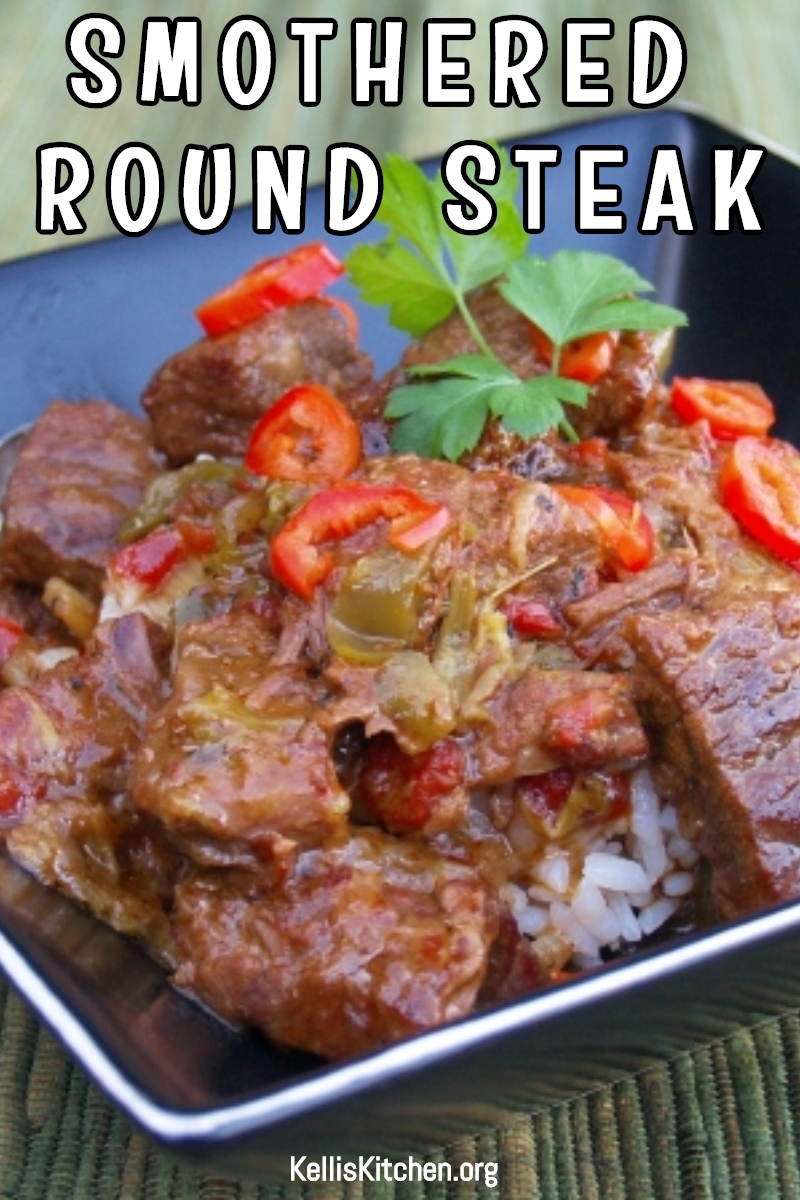 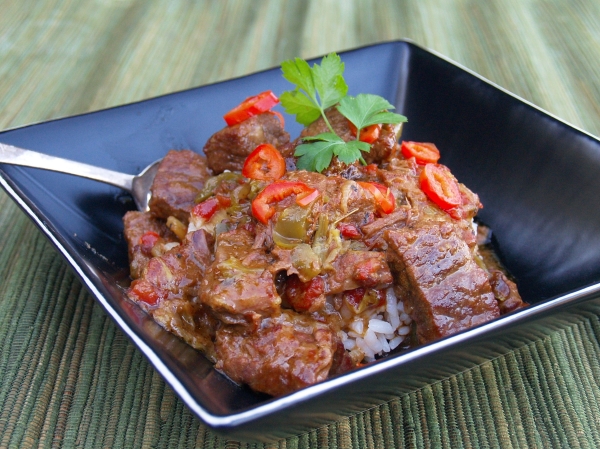 Have you ever gone to your local grocery and seen that small section in the meat department that has packages of meat that has been reduced in price for quick sale?  You have to use it or freeze it that day or it will spoil.  My husband is the absolute king of that section on Sunday mornings.  He can find rib eye and T-bone steaks for at least $7 per pound cheaper and often even more.  I cut them up into chunks and then freeze them – they are great for stew meat and chili.  You can always make something from reduced meat.  Once, he brought home $20 slabs of ribs for $5 per package.  We got five of them and immediately put them in the freezer for later use.

Last Sunday, he came home with some round steak.  Not my favorite cut of meat.  It’s generally tough and I never can seem to make it tasty as well as tender.  I put it in the freezer and then got on the computer looking up recipes that I could use with ingredients we already had in the fridge and pantry.  I lucked out when I came across Emeril Lagasse’s recipe for Onion and Pepper Smothered Round Steak.  I’ve linked back to the original recipe – I changed it JUST ENOUGH to call it “adapted”.  It’s fantastic over rice, like in the photo, or mashed potatoes.  I made both that night because rice sounded wonderful (not called for in the original recipe) but my husband will not eat rice so mashed potatoes AND rice were on the table.

What follows is the recipe along with the recipe for Emeril’s Essence.  You can use any store bought rub or one that you make up yourself but I highly recommend the Essence.

½ teaspoon cayenne pepper (you can lessen this or leave out)

Mix it up and keep in an air tight container.

Put the 2 Tablespoons of Emeril’s Essence and 3 Tablespoons into a Ziploc bag or a bowl along with the meat and toss thoroughly.

Using a Dutch oven and the vegetable oil over medium high heat, brown the meat in batches using a slotted spoon or spatula.  This is take 5 minutes or more – let drain on paper towels.

Pour in two of the three cups of Beef Broth, scraping up the bottom tidbits.

Put in the onion, peppers, celery, salt, pepper and cayenne.  Bring up to a boil and then allow to simmer until veggies are soft, about 6-8 minutes.

Add in the final cup of Beef Broth and meat. 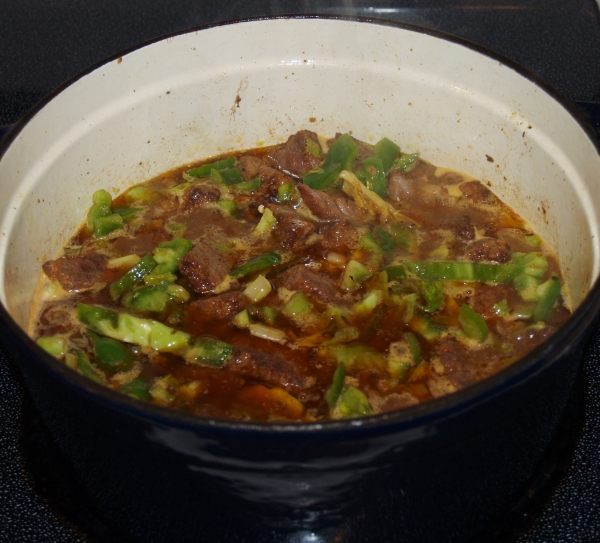 Put a heat resistant lid on top and place in oven for 1 hour and 15 minutes, or until the liquid is reduced and has made a nice gravy.

I really think you could brown off the meat and then add it all into a slow cooker set to high for 6-8 hours.

Take out of the oven, sprinkle parsley over the entire dish and serve immediately over rice or mashed potatoes.

We had a bit leftover and my son-in-law told me it was just as delicious the second day………cold.  Enjoy! 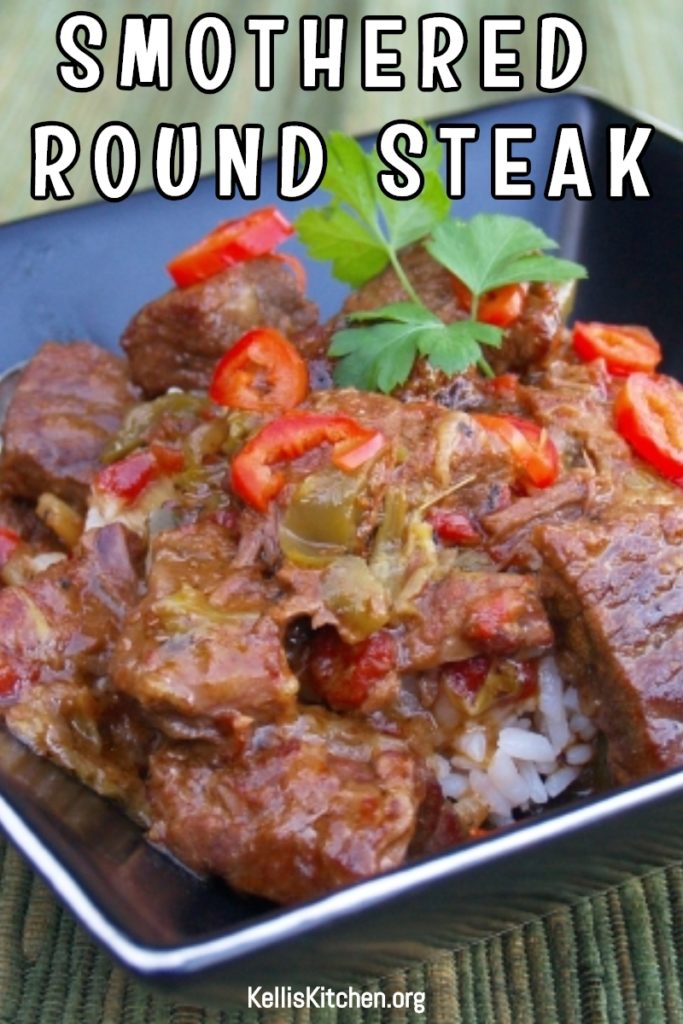