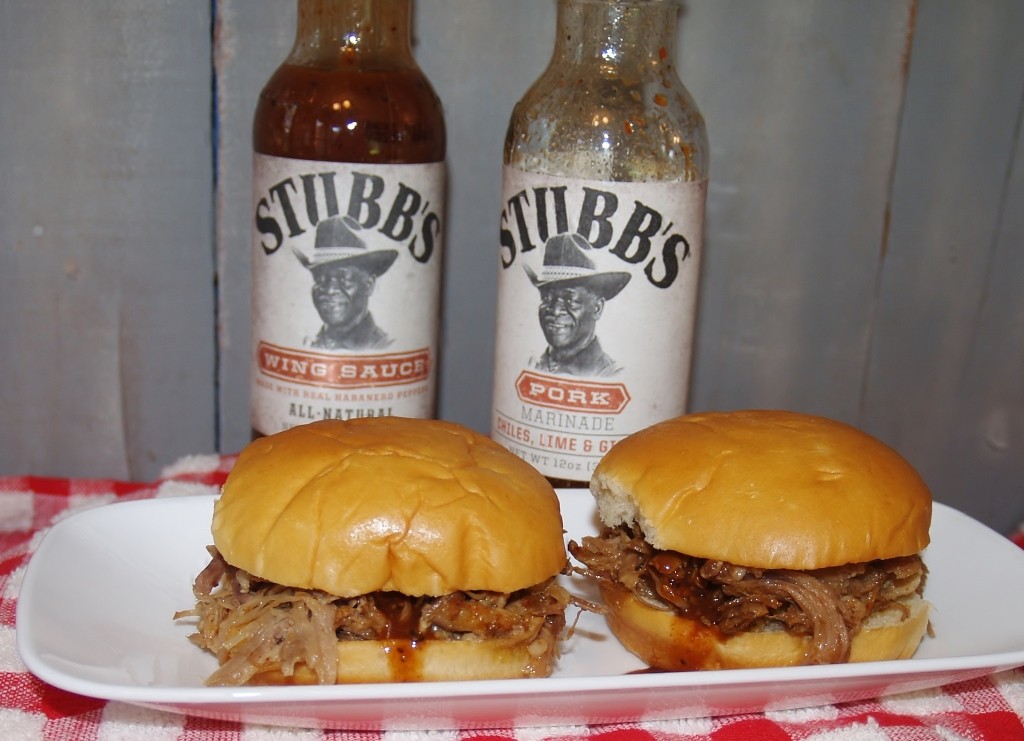 When the people from Stubb’s BBQ Sauce contacted me and asked if I would like to spread the word about their great products, I jumped at the chance because we already use several but when they offered to send me coupons for free product both for me AND for a few of you, I was thrilled!  First I’ll tell you a little bit about the company, show you around, then I will show you what wonderful dishes we made this past weekend, then I’m going to give you a chance to win one of four Stubb’s BBQ Sauce coupons for a free product.  Oh, you are going to love this post!  Before we head into this post, don’t forget about the Key Lime Pie post where you could win a set of silicone measuring/ingredients bowls. There are new ways to enter each time I make a post between now and June 15th.

C.B. Stubblefield was a cook in the military during the Korean War where he honed his skills and his various BBQ sauce and marinades’ ingredients.  When he came back from the war, he set up shop in a small restaurant in Lubbock, TX where he drew fans both famous and not famous who came for his humor and his great tasting dishes.  Eventually, he moved to Austin which is where I went for one of his Sunday Gospel Brunches.  Not too long after that, his products began popping up in grocery stores around the Texas and now, he’s in 85% of all the grocery stores throughout the U.S.

I grew up in small town America where gospel songs were sung in just about every church including mine where my own mother was the pianist.  Gospel brings me back to a time when all I had to worry about was if my bed was made up, my grades were good, and if I could beat the kids across the street in bike races.  Obviously, Sunday Gospel Brunch at Stubb’s was my favorite restaurant experience ever!  I ate some great food, sang along to most of the songs and come home with bigger hair – feeling closer to God.  If you ever get a chance to go to one, please do, it’s an entire southern experience in about 2 hours that can’t be put into words.  There’s just something about sipping sweet tea and singing A Closer Walk with Thee while picking at your brisket and slaw that can put everything into prospective.  Now, I want to go again.  In the meantime, let me tell you how I used the products I got.

I thought about making a new recipe when I received my coupons but my crew would not be thrilled if I had Stubb’s in the house and didn’t make their faves – so honestly, I went to the store and bought two items I usually purchase (pork marinade and wing sauce), tried to find the dry rub, but they were out – thank goodness I had some at the house, and then I got some cooking sauces I had never tried before.  They also make a real nice charcoal briquette we use often but they were sold out that day. 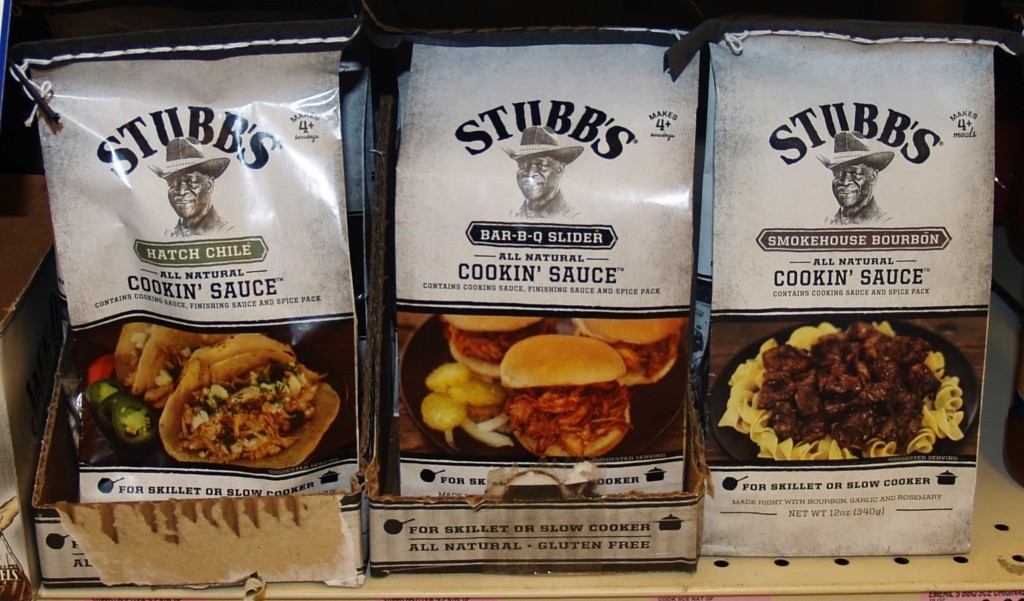 Now, if you get one of these bags, this is what it will have on the inside: 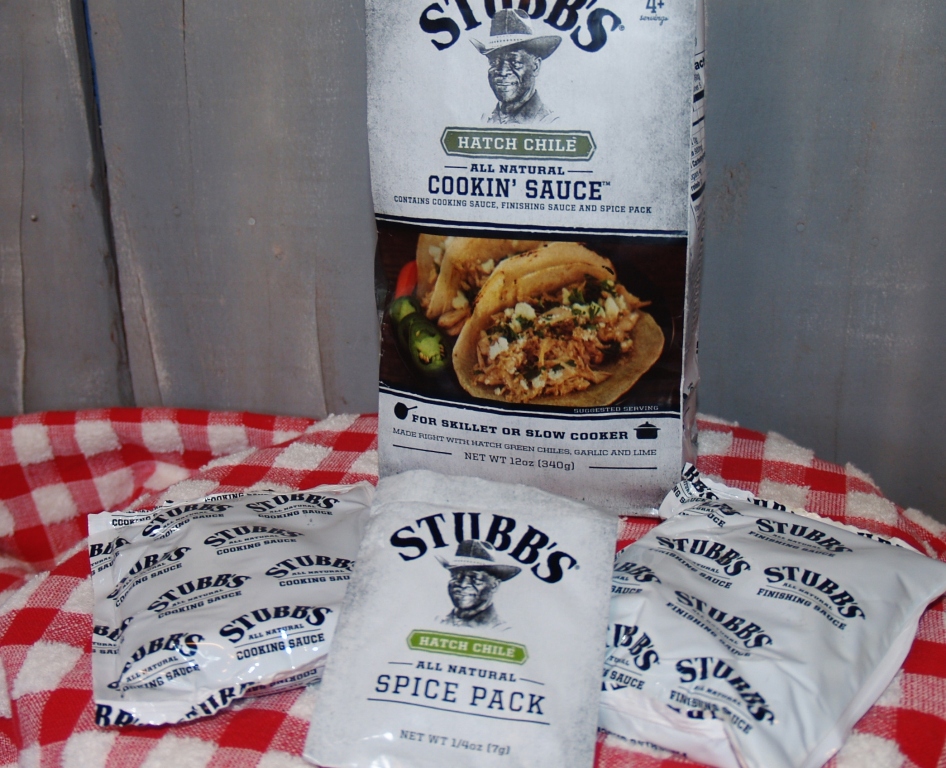 I bought some winglettes – because I had cutting them up myself –  and a big 8 Lb. pork butt.  I used Stubb’s dry rub all over the wings and the bottle of Pork marinade all over the butt, covered and let them sit in the fridge from about 8PM Friday night till noon on Saturday.  At that point, I threw the contents of the BBQ Slider bag into a Dutch oven with some water and the pork butt, set the oven at 325F and set the big lidded pot into the oven for 4 hours.  After that, I brought it out, shredded the meat and then put it back in for about 30 minutes.  I let it rest then we made these great sliders with King’s Hawaiian rolls and the boys insisted on pouring the Stubb’s Wing Sauce – because it is their favorite hot sauce.

I took the winglettes out of the fridge, dredged them in flour and fried them up letting them drain on paper towels.  When they had cooled just enough, I put the wings in my huge Tupperware bowl, poured a full bottle of the Stubb’s Wing Sauce in, sealed the lid and then shook it like crazy!  It coats the wings really well.  When I took the lid off (always turn your head, you don’t want a nose full of that hot stuff!) then I put them on a baking sheet and popped them into the oven, that was still at 325F, for 15 minutes.  It bakes the sauce on so well – we just won’t eat wings without doing it that way.  When I serve them up, the boys always pour more on top.  The rest of us eat them as soon as they come out of the oven. 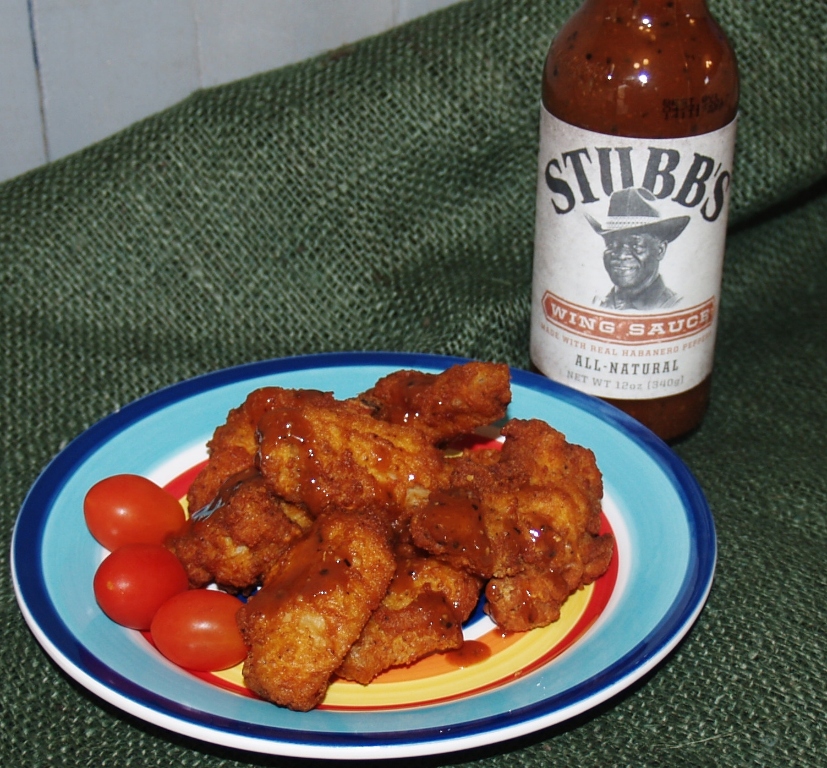 It was a great Saturday night at our house with all that great food brought to you by Stubb’s.  You will love it too – they have many products and I know you won’t like just one, you will want more than that.  I want you all to try all their fine products and maybe you can try one for free – if you win one of the coupons by participating below.  I hope you will enter and good luck!