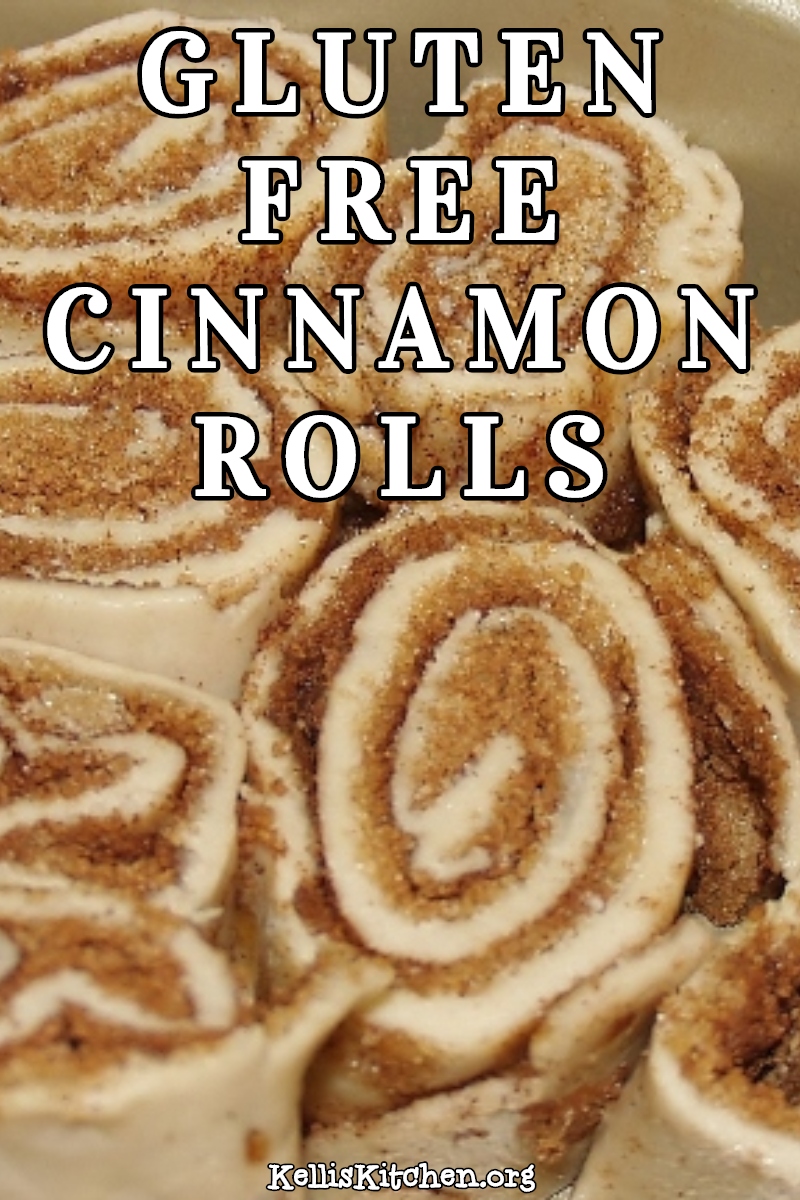 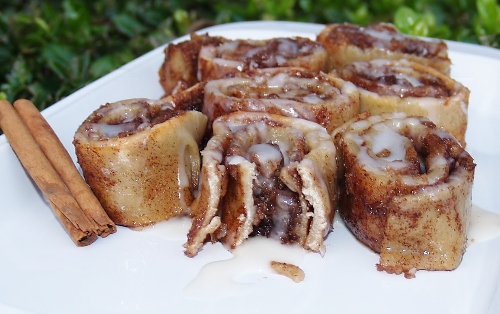 Are you a Gluten Free family? Do you have Celiac Disease? I suppose if you have never tasted bread, rolls, pizza or cinnamon rolls then you wouldn’t miss them but what about someone who loved them and suddenly found eating it would make you sick? That would be awful! So – this recipe is for you from me with a little help from Pillsbury! Remember my Mini Cinnamon Roll recipe that went viral? This is a GF version of those.

This (and some brown sugar – not shown) is all you will need to have warm and tasty cinnamon rolls anytime you want and you can do it in no time at all too! It took me a couple of tries to get it right but now that I have, I feel like a Gluten Free Pro. 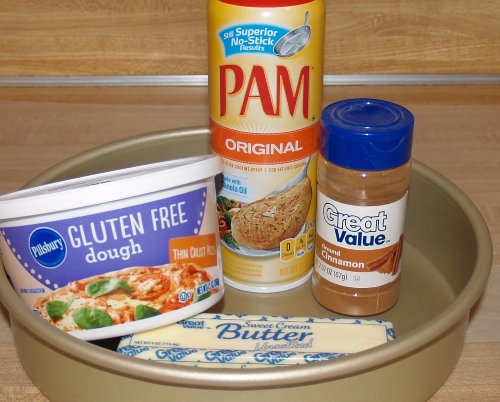 You will also need:

Pre-heat the oven to 400 F.
Spread out two pieces of wax paper and tape them to the counter top making sure there are no creases in the paper or it will tear that dough……learned that the hard way!

Press down on the dough with your clean hands and then get out your rolling pin, spraying with NSS and roll it out. It rolls out easily which is a plus. 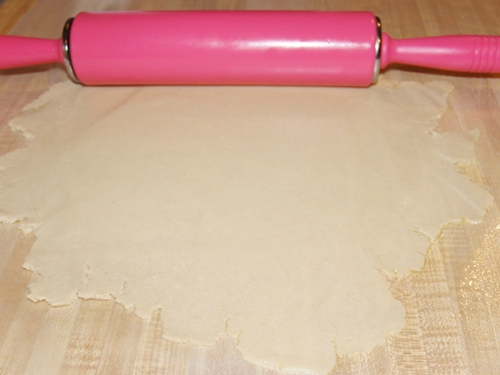 After it’s rolled out, brush with melted butter. 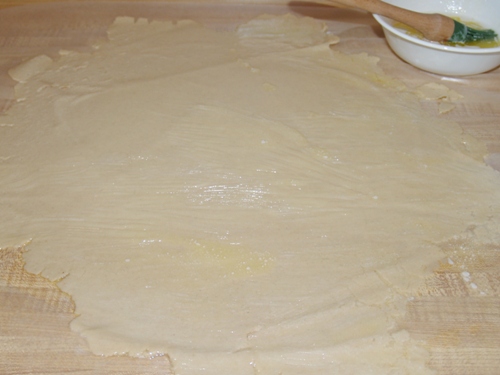 Then take a couple of handfuls of brown sugar and sprinkle it all over the top of the dough – you don’t have to be careful here so let the kids help.
Then sprinkle cinnamon on top of that like this: 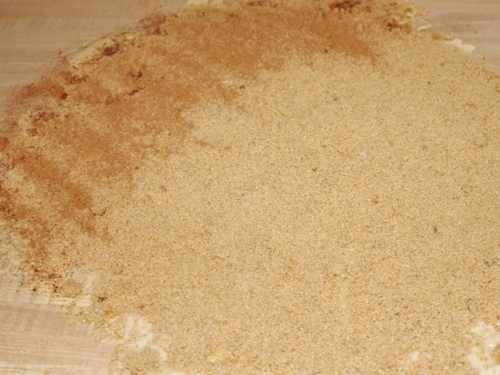 After that it becomes a little delicate so you better do it without help.

Begin rolling the dough slowly and carefully by using the wax paper in a sushi like manner. Use a mixing spatula to help peel the dough off the wax paper if it sticks – and it will in some places! 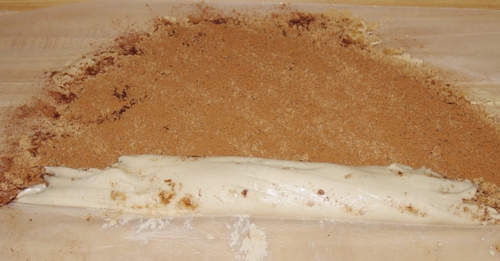 At the far end of the wax paper, tuck the end of plastic wrap the same size that has also been sprayed liberally with NSS.

Once the dough roll has rolled onto the plastic wrap, continue wrapping, then fold in the sides like this:

Wrap in foil and place in freezer for at least 1 hour.

Pull out the dough roll and carefully unwrap – it should be MUCH easier this time. Putting it in the freezer works SO much better than placing in the refrigerator like with my mini cinnamon rolls.

Slice in 1 ½ inch pieces and place in a pan. Once sliced, they will look like this: 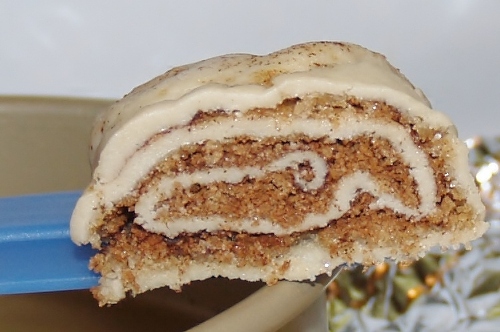 This is how they look in the pan ready to go in the oven. 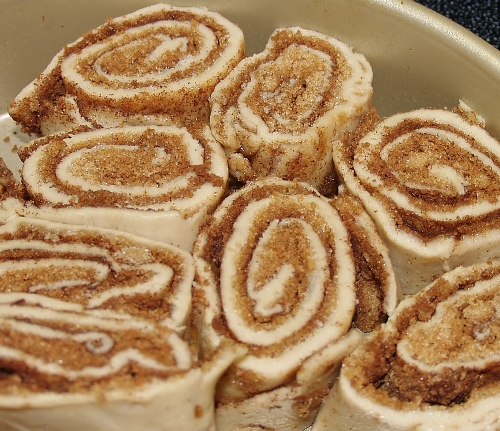 Cook for 22 minutes or until done.

This is how they look right out of the oven: 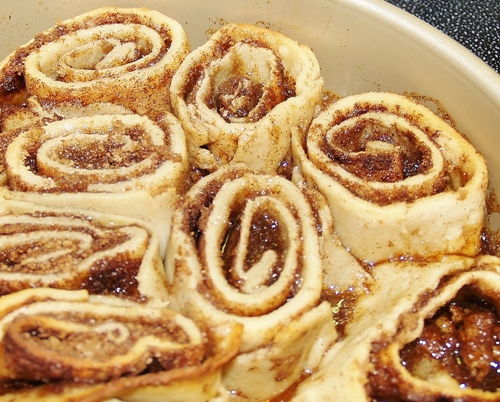 Quickly drizzle icing over top and allow to cool for about 10 minutes. Serve! 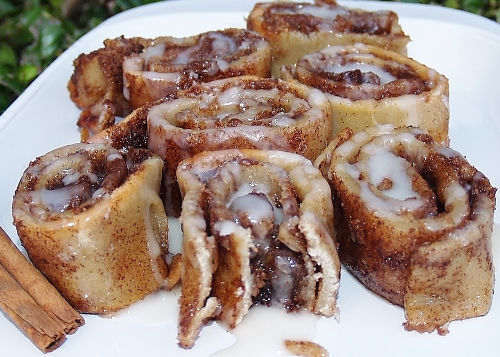 These are honestly much better warm than cold. I wasn’t really sure how they would taste, I have never had anything Gluten Free. You know what? They were really good. To me, it tasted just like a cinnamon roll to me and everyone else in the house………….except Mr. Picky Eater and he just looked at me when I asked him to try it. Even Rocket ate a whole one. Now I can make regular and GF cinnamon rolls any time I want and it won’t take all day.

It’s so easy you should try it too! Buy your ingredients from gluten free wholesalers for big savings. 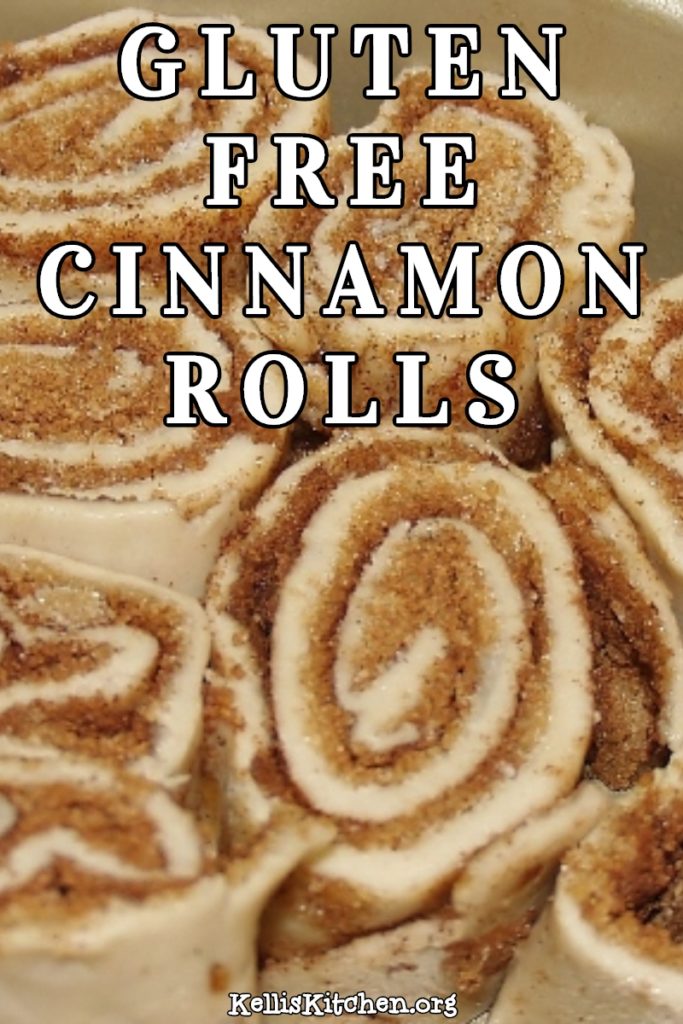 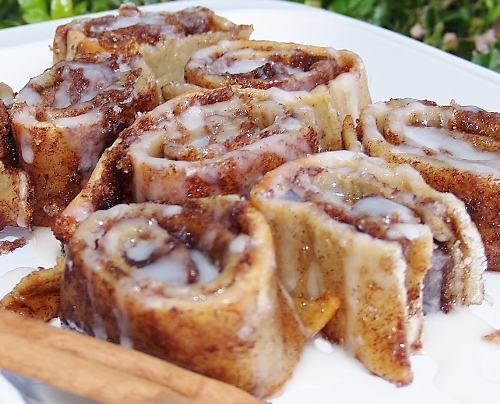 I am linking up here today! https://www.thecountrycook.net/twinkie-bundt-cake-weekend-potluck-364/