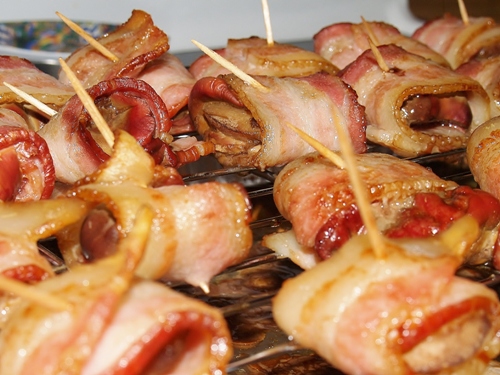 If I had titled this “Rumaki” you may still not have known what I was posting about today but when I say chicken liver – I’m losing a bunch of you! Please try to bear with me because I do have something for you at the end, I promise. I’ve had a love affair with chicken liver for over 20 years. When I was about 25-years-old, I was tired of the “kind” of guy I was dating and so I began to pray (in earnest) for God to bring me a rich man. I had certain ideas about who and what a rich man was – one of my greatest lessons in life was not to pigeon-hole people and this man is how I learned that because he was nothing I expected.

I lived in Colorado not far from my boyfriend, when he took me to a “gathering” his family was hosting at their home in a place called Cherry Hills. I still remember smelling the mixture of floor wax and fresh flowers that met us in the foyer of the home. There were actually people dressed in black and white work uniforms carrying around little trays of appetizers and one of those appetizers was wrapped in bacon and oh-so delicious! When I asked the staff what they were, I was told they were called Angels on Horseback. My boyfriend laughed and told me it was really rumaki. Ummmm….‘K, still don’t know what it is!

Eventually, I got home and found out it was a water chestnut wrapped in chicken liver wrapped in bacon. Probably, if I had known that from the beginning I would not have tried it but since I had no idea, I just knew I loved it and really tried to eat my weight in those little babies.
With New Year’s Eve coming up, I thought it would be the perfect time to prepare and post about one of my favorite tidbits! If you haven’t tried it, you must and if you are just calling it “chicken livers” remember, rich people in Colorado call it “Angels on Horseback” – doesn’t that make it sound irresistible? Well – it does to me! Here’s the recipe:

You will need these items: 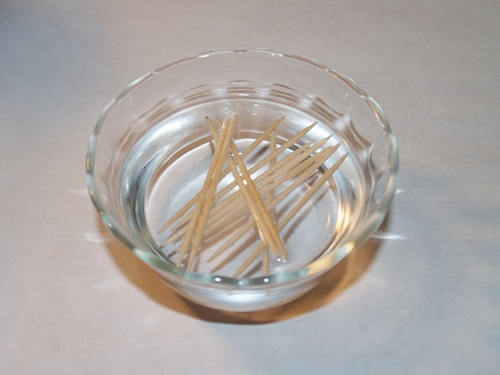 1. Mix together the sauce of your choice, ginger, and garlic. 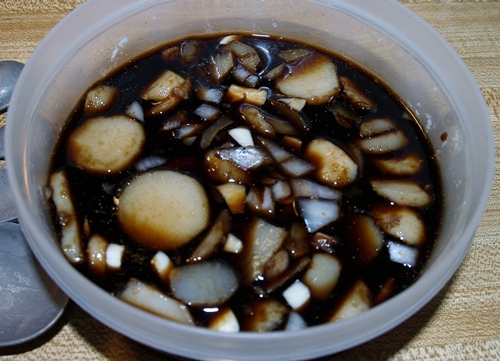 2. Add drained water chestnuts and drained chicken livers.
3. Cover and sit in fridge for at least 2 hours.
4. Place livers on paper towels and blot dry.
5. Place a water chestnut in the middle of the liver and wrap meat around the nut. 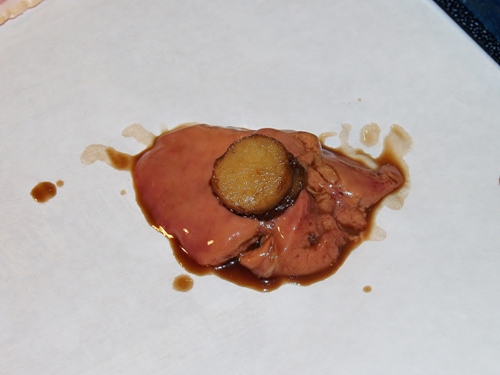 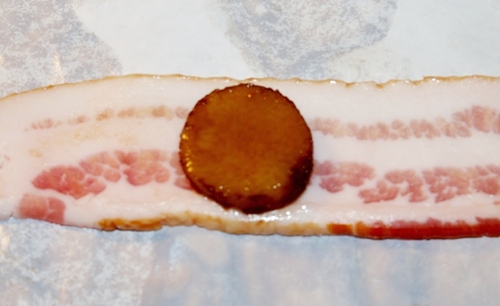 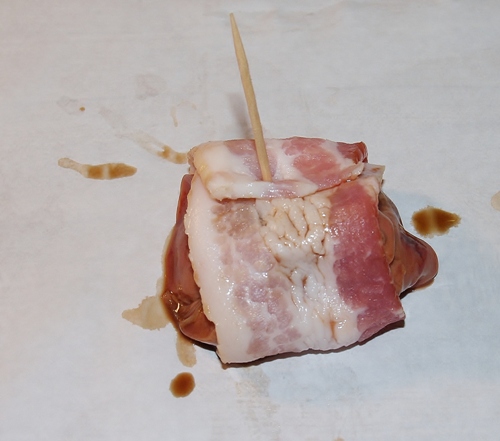 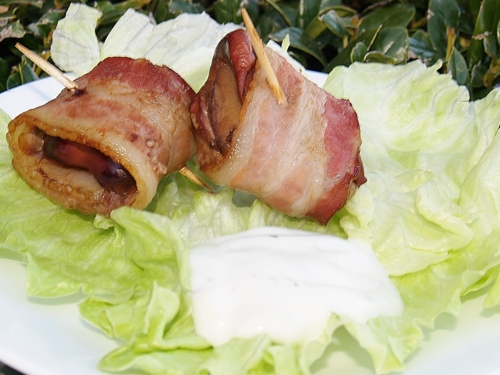 When you go out to the store tomorrow to get ingredients for your New Year’s Eve soiree, don’t forget the Angels on Horseback/Rumaki/Chicken Livers! 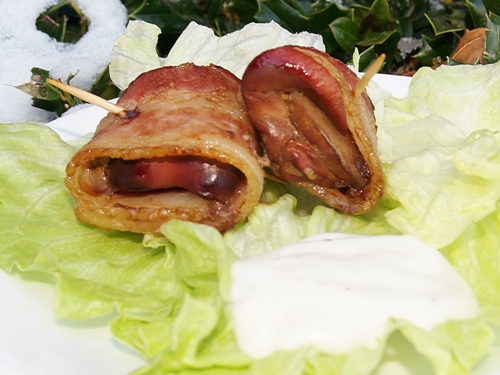