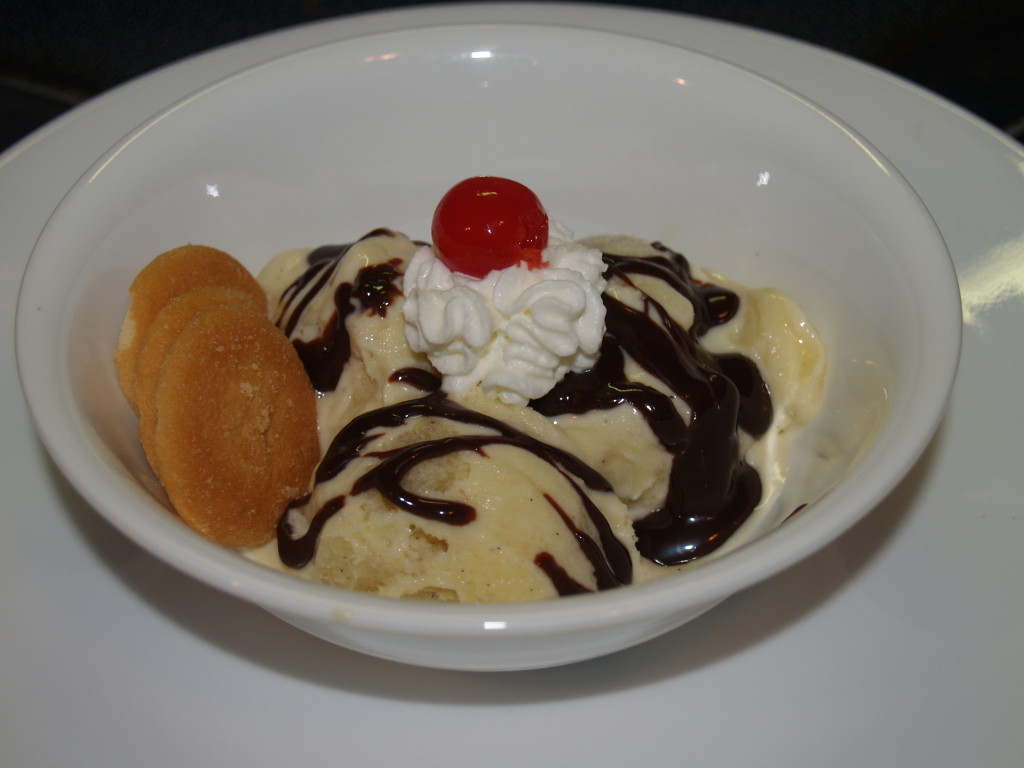 A few weeks ago, The Better Baker posted a recipe on Face Book (Become a Fan of “recipes and recollections of a better baker”) called a Caramelized Brown Sugar Banana Milkshake. You can find the recipe here: http://www.thebetterbaker.blogspot.com/2012/08/lightened-caramelized-brown-sugar.html

Well………Mr. Picky-eater LOVES bananas so I went to town making those milkshakes right away. He loved it and asked if there was some way I could make it into homemade ice cream in my new ice cream maker. So I started trying to figure out how to make it work. This is what I came up with.

Make the original vanilla ice cream recipe found here: http://kellisretrokitchenarts.wordpress.com/2012/07/22/homemade-ice-cream-and-a-review/ making 2 changes:
1. Add ½ a teaspoon banana extract and mix as usual and while it is mixing:
2. Prepare the bananas from The Better Baker’s recipe and add during the last 5 minutes of mixing.
First, peel 2 bananas and cut them lengthwise. I put in a skillet 1 Tablespoon of butter and 2 Tablespoons of brown sugar, stirring until bubbly – just like the recipe says.

Then add the bananas and let them cook on one side and carefully turn to the other so they brown and caramelize: 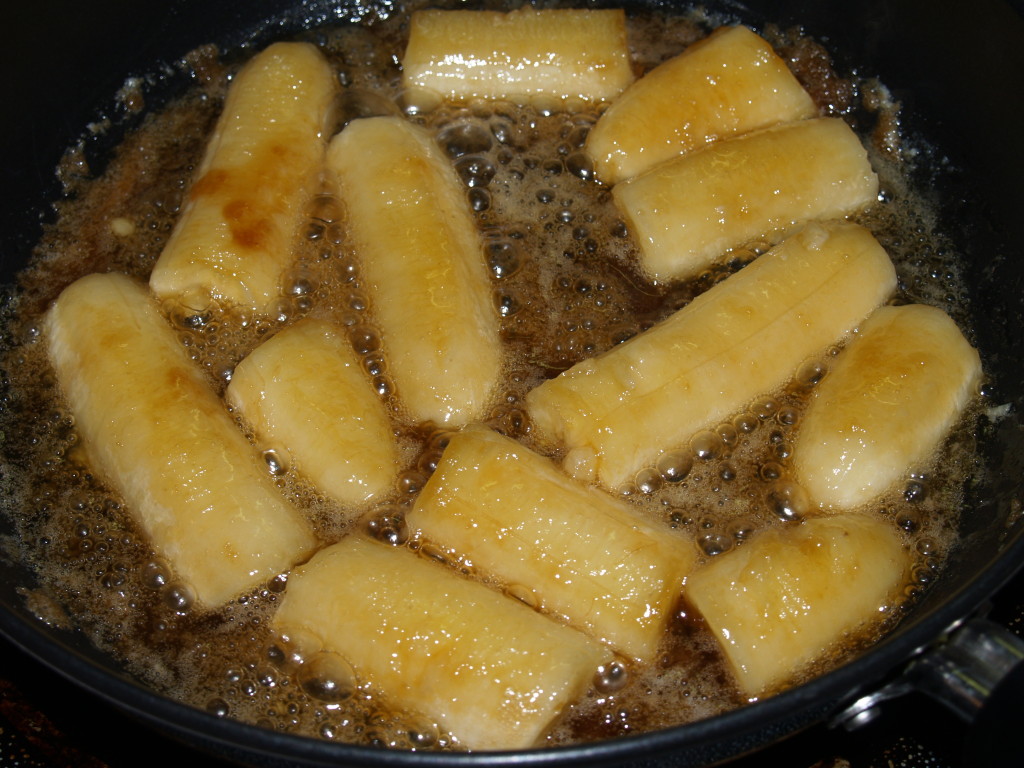 After it is cooked, let it cool and then using a wooden spoon break up the bananas like this: 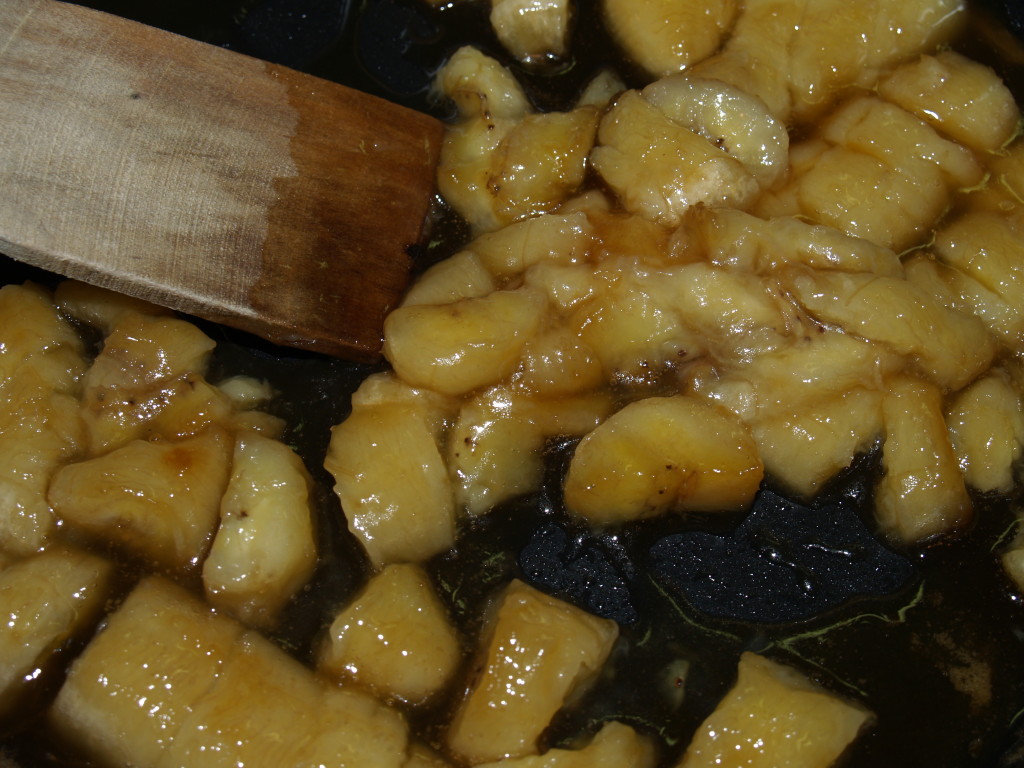 As stated earlier, add the whole shebang to the ice cream maker and let it churn around about 5 more minutes and serve! 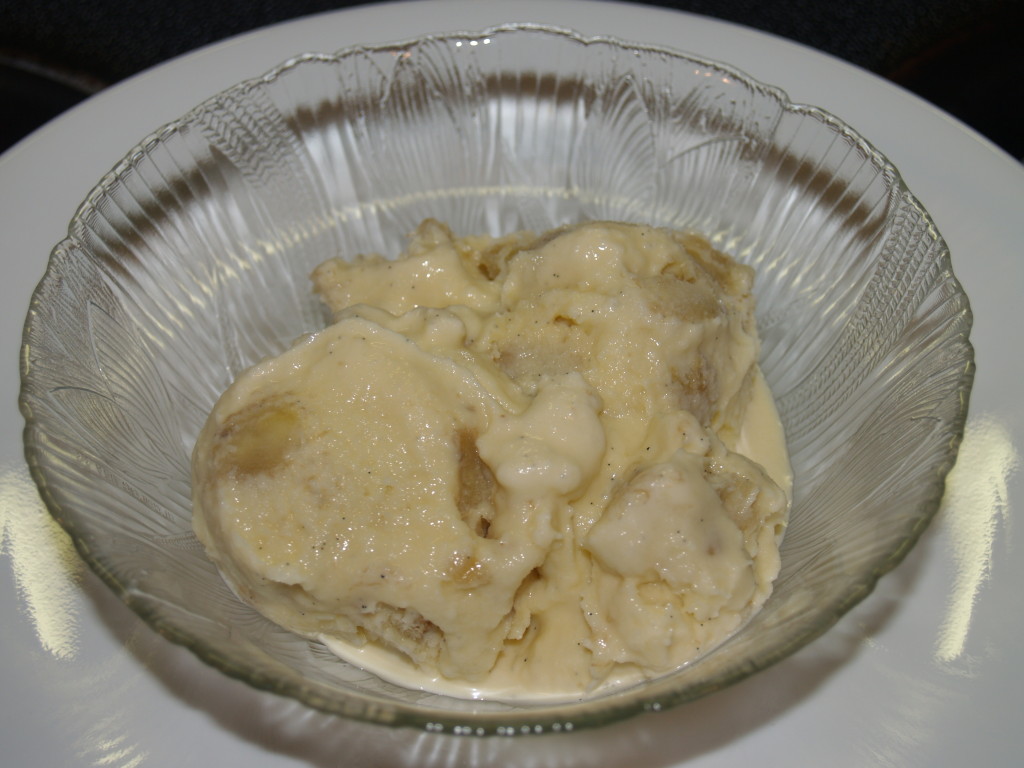 This is a picture of Mr. Picky-eater’s bowl – he likes his plain. Mine is at the top of the page and it looks much better, doesn’t it?