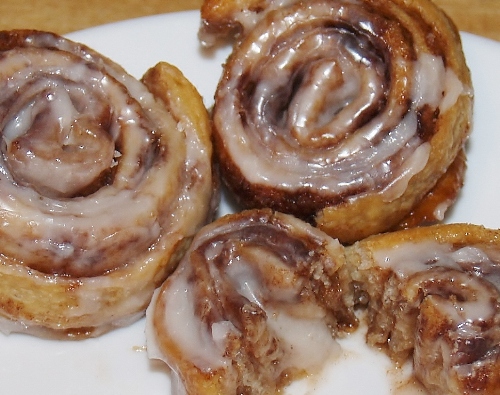 When I was a kid, my mom’s brothers, sisters, their spouses, and kids would all come home about once per year. Every year they asked my Nana to make them her cinnamon rolls because they could never find ones as good as hers. I always liked them really well but never knew why no one could find them.

I grew up and moved to Kansas City to go to college, where I visited the biggest mall I had ever seen in my entire life! The Bannister Mall was huge to me – we didn’t have a mall in my hometown so it’s not like I had anything much to compare it to. There was a full-on, sit down, serve-you-wine-if-you-want, open air restaurant smack dab in the middle of the mall! Somewhere down in the mall was a food court, something I had never heard of at the time (1985), and in that food court was a Cinnabon. I hadn’t had one of my nana’s cinnamon rolls for some time and I was very excited, especially since there was a very long line waiting to get one. I was mesmerized by the young woman behind the counter who was making them….YOU COULD ACTUALLY WATCH THEM MAKE THEM……yeah, I was a country bumpkin. The odd thing was, theirs looked so different! First off, they were huge and then when we got it, I tasted mine. Hmmmm……interesting……..sort of like a very thick piece of cinnamon toast and icing. I really liked it, but it wasn’t nana’s.

You must know, until today, I have never had another like hers unless she made it. No one makes them like she did. They are very different. She made her crust – she didn’t buy it like me – but they tasted pretty much the same. So, here goes and if you don’t like bready things, this might be right up your alley. 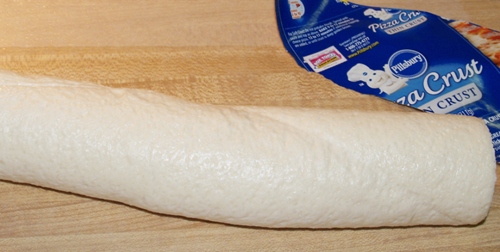 Lay down wax paper on a clean counter and spray with non-stick spray. 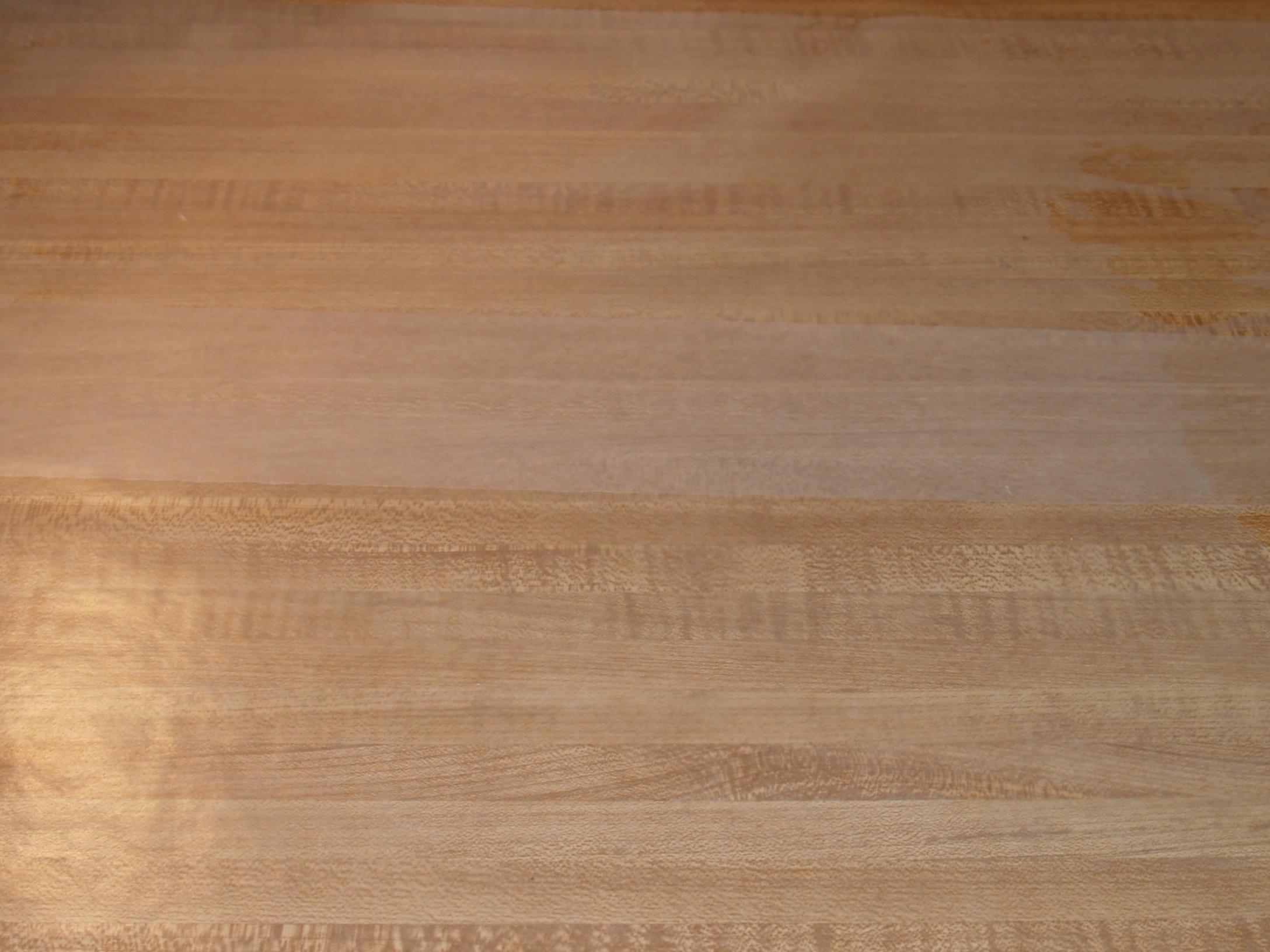 Roll out the pizza dough and stretch it out a bit. 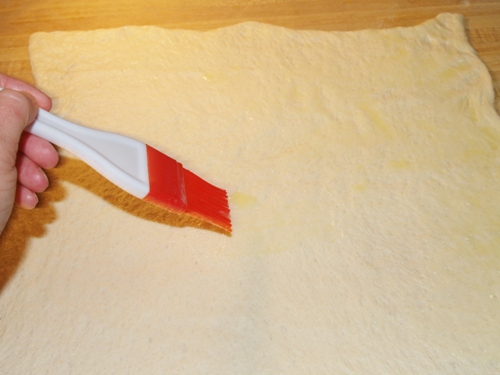 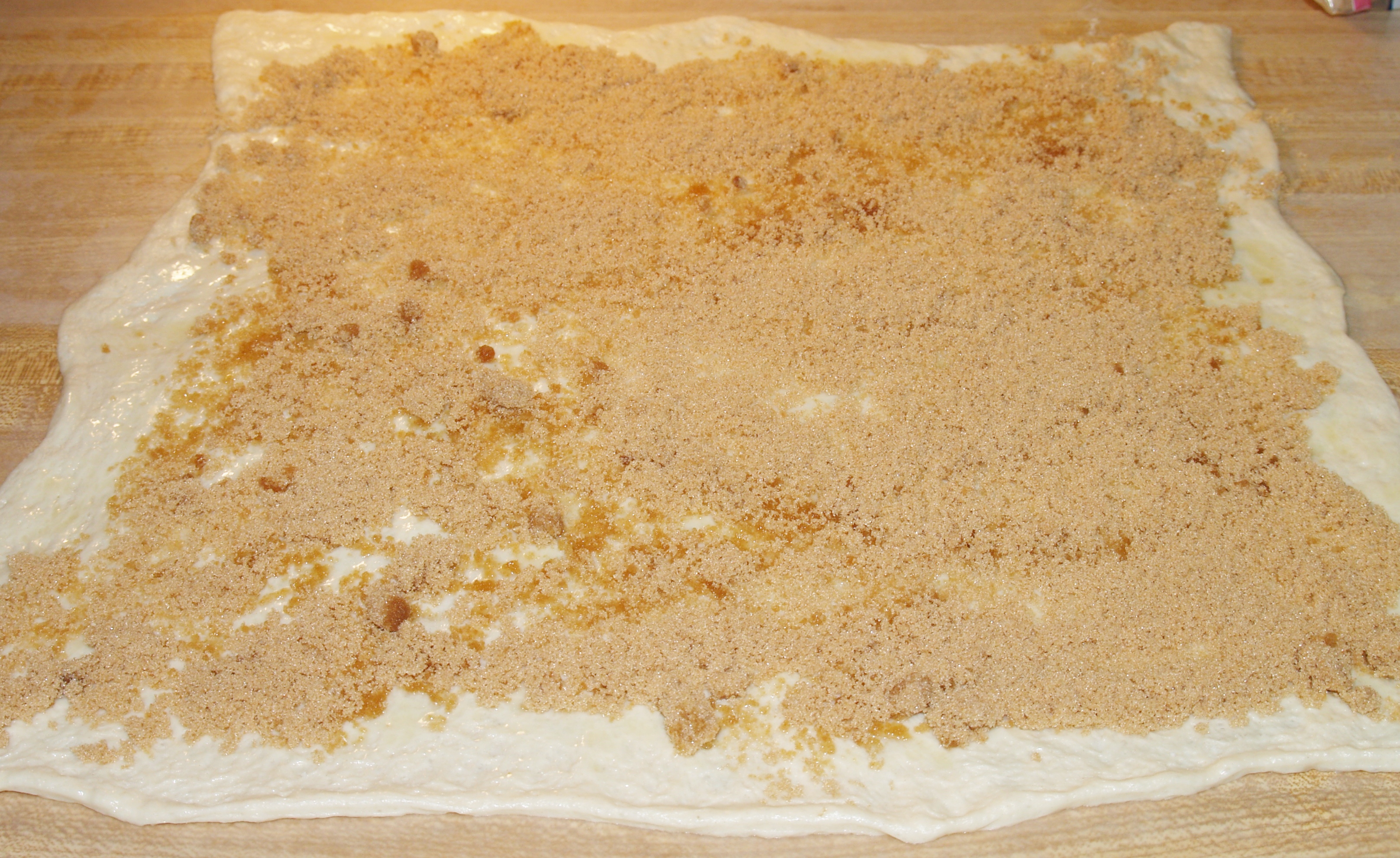 Sprinkle as much cinnamon on top of brown sugar. 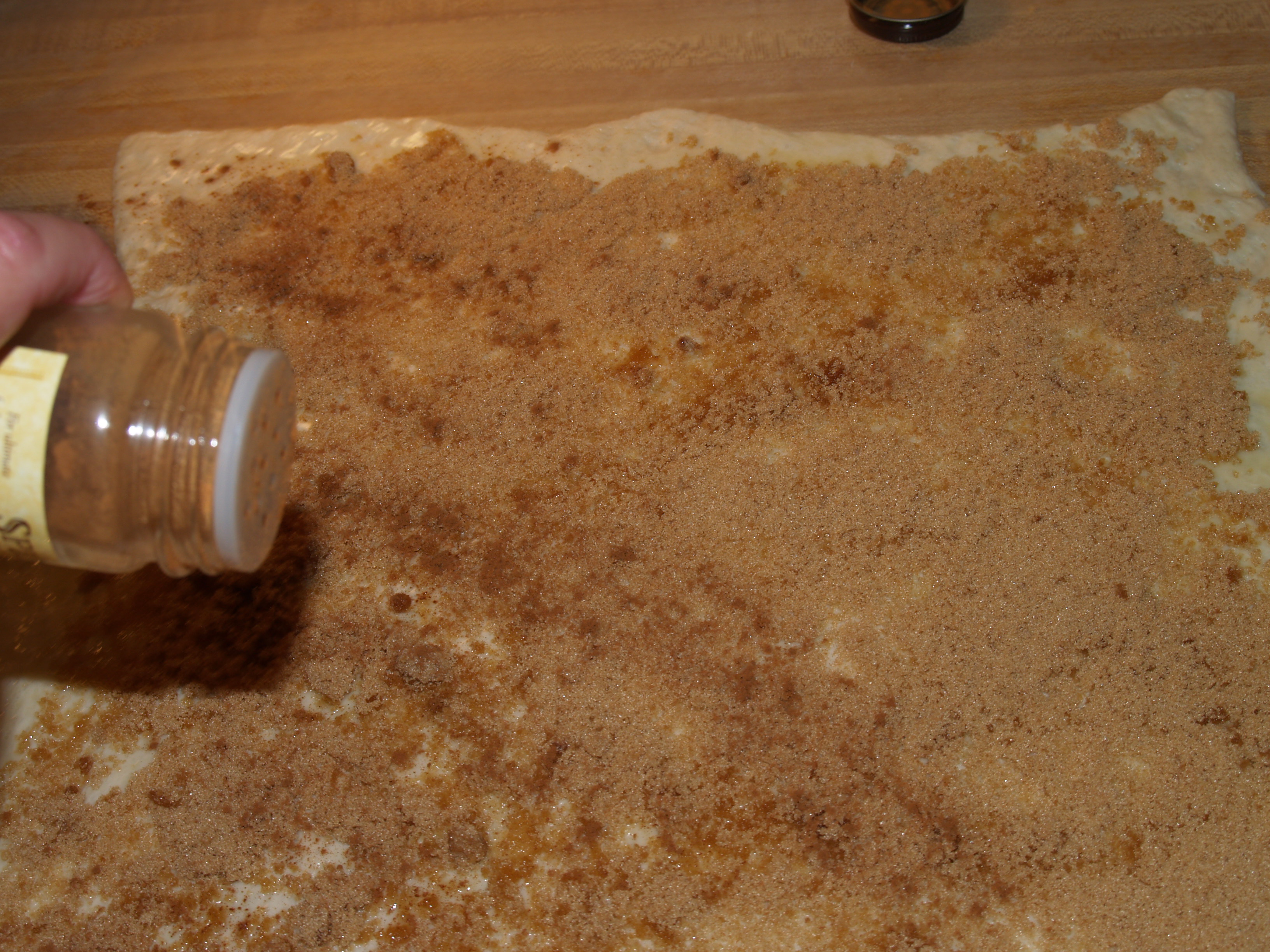 Roll it up. Cover with wax paper or plastic wrap and refrigerate at least one hour, or overnight is good.

Slice it in 1 inch pieces. 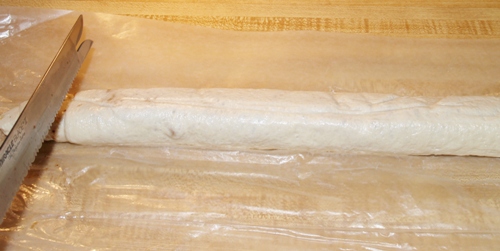 Put each piece in a cupcake paper: 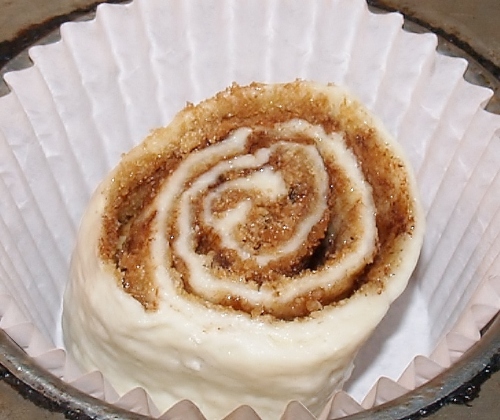 Place in muffin cups in a muffin tin. 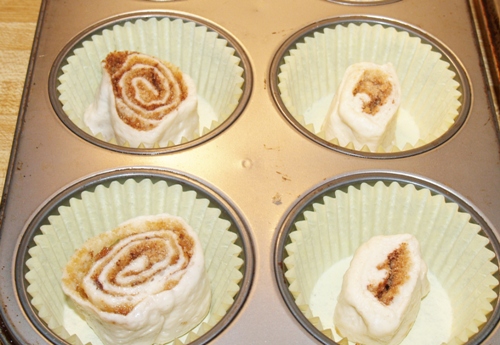 Watch the rolls and take them out of the oven when golden brown. As soon as they come out, spoon a little icing over the top of the rolls.
Leave in tins for 5-10 minutes then move to wire cookie rack to cool completely. This will take more than an hour. 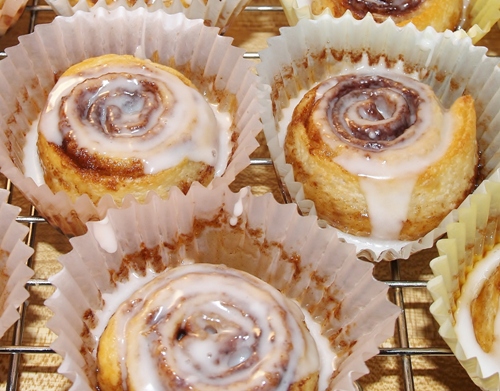 At first, the bottoms are stuck to the muffin cups but as they cool, they will release. They are small, not bready, and while tender they will not be soft. But they are what I grew up on and they bring me comfort on days like this!

They will for you too! 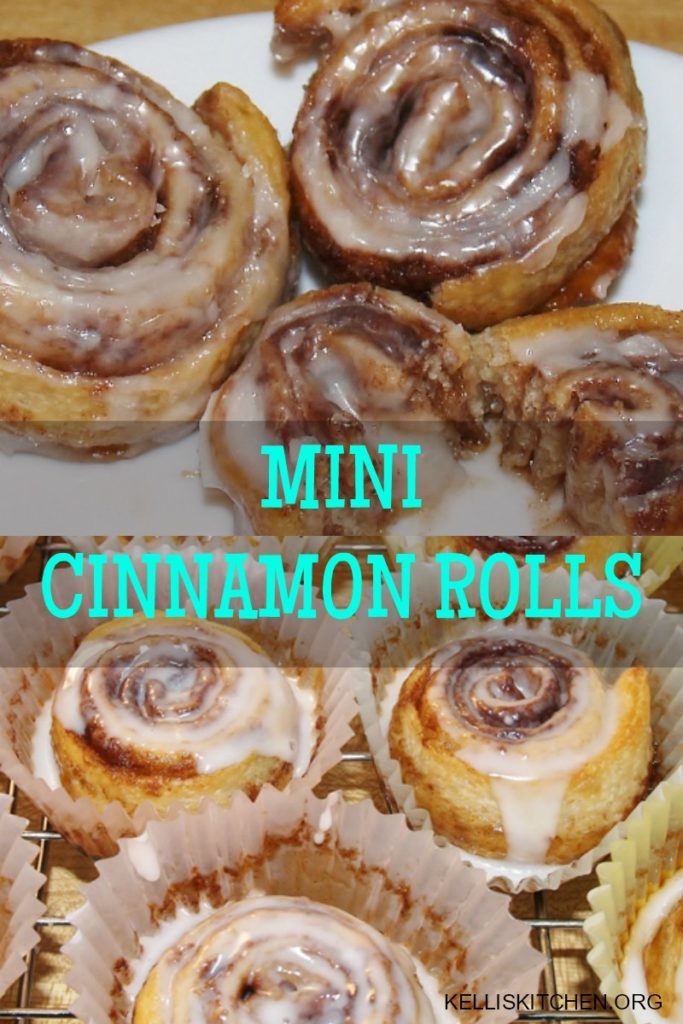 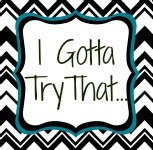 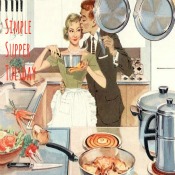